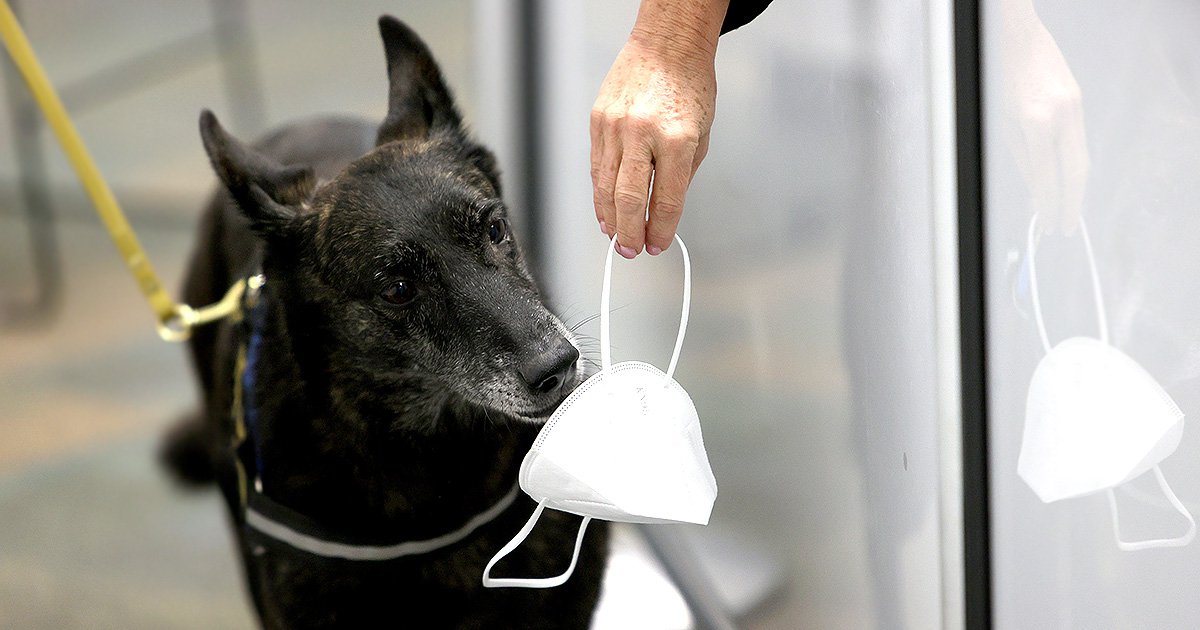 The first ever full-time deployments of Covid-detecting dogs at an airport has begun in Dubai.

The United Arab Emirates now has 38 medical detection dogs, which can identify infected people with 98.2 per cent accuracy, working at its airports.

A team including German Shepherds, Labradors, Cocker Spaniels and Border Collies are able to carry out 30-40 tests a day each, said First Lieutenant Nasser al-Falasi, of Dubai Police, who supervised the training programme.

A number of countries including Finland and France have previously set smaller teams of canines to work in airports as part of pilot schemes.

The US became the latest country to do so this week with the deployment of two dogs at Miami as part of a 30-day trial.

Betta, a Dutch Shepherd, and Cobra, a Belgian Malinois, are able to sniff out the virus with accuracy rates of 98.1 per cent and 99.4 per cent respectively.

They have been stationed at a staff security checkpoint where they will sniff the masks of workers volunteering to help the trial, which is being run with the help of Florida International University.

The university’s provost, Kenneth Furton, told the Washington Post: The big ‘aha’ for me was not only could the dogs be trained for this work, but that they were so accurate.

‘Everybody, including humans, are wrong at some point. But [Cobra’s] almost never wrong.

‘We had one employee, for example, who Cobra alerted to and it turned out they had just recovered Covid-19.’

Medical detection dogs are able to smell metabolic changes to people’s breath and sweat caused by the disease, and have been said to be more accurate than lateral flow tests.

It can take just two weeks for some breeds to pick up the scent.

Metro.co.uk’s Lifeline fundraising campaign is currently supporting Medical Detection Dogs, a UK-charity that trains dogs to detect a variety of diseases including Covid and cancer.