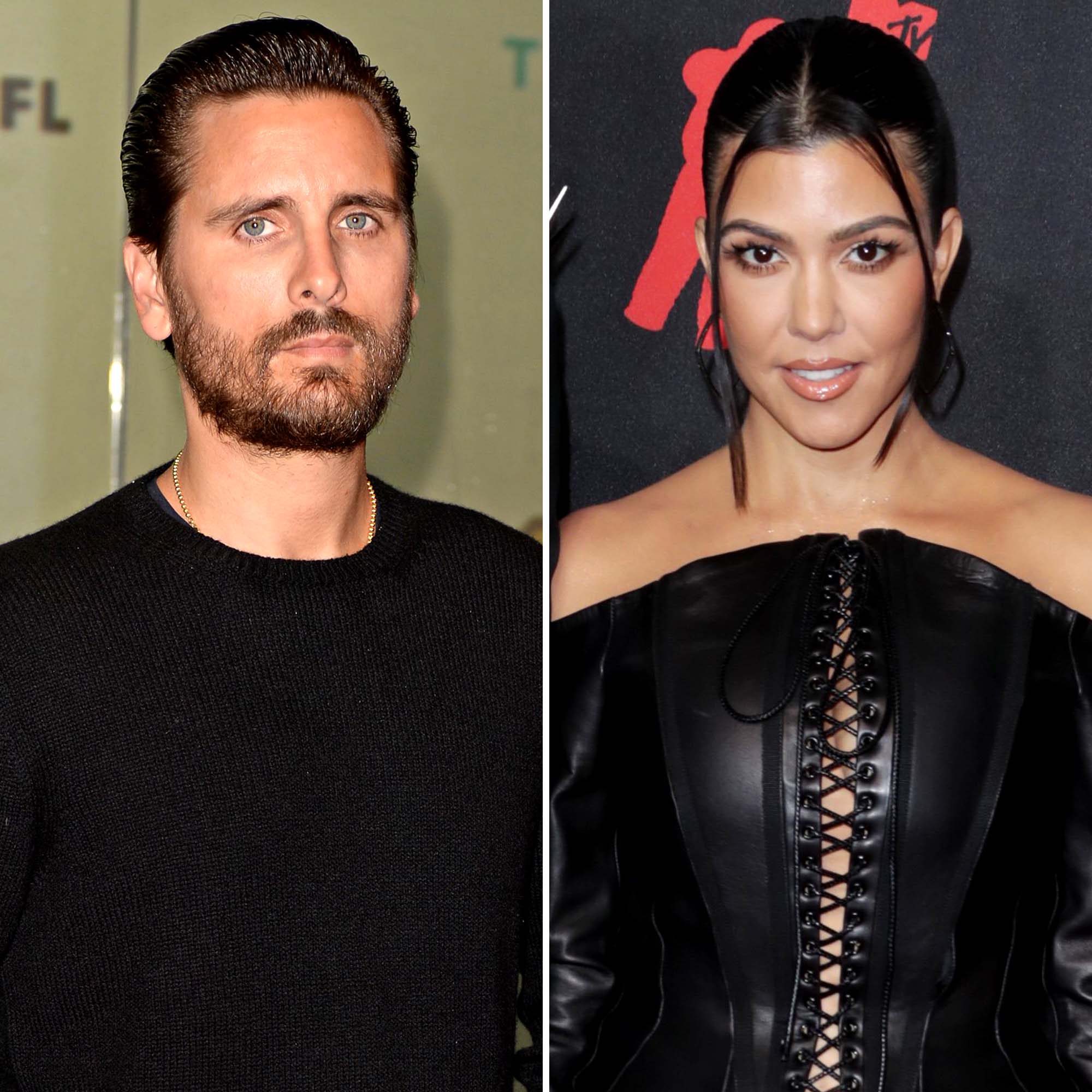 Still on the rocks. Kourtney Kardashian and Scott Disick‘s post-romance friendship is struggling, a source tells Us Weekly exclusively.

Scott Disick’s Feelings About Kourtney and Travis: Everything We Know

“Outside of coparenting, Scott and Kourtney’s relationship is nonexistent,” the insider says of the Poosh founder, 42, and the Flip It Like Disick alum, 38. “He’s really just focused on being there for his kids and spending time with them, as well as focused on his brand and any opportunities that come his way.”

The pair, who dated on and off from 2006 to 2015, share three children: Mason, 11, Penelope, 9, and Reign, 6. After they called it quits for good, they continued to go on family vacations together with other members of the Kardashian family, but things seem to have hit a breaking point.

“What’s really got him riled up is the effect Travis [Barker] and Kourtney’s relationship is having on his relationship with Kourtney,” a source told Us earlier this month. “It’s more strained than ever.”

In January, Us confirmed that the wellness guru and Blink-182 drummer, 45, had been dating for a few months. “They have been close friends for years and have been dating for a couple months,” an insider told Us at the time. “Travis is very smitten with Kourtney and has been for a while.”

Disick, for his part, moved on with Amelia Gray Hamlin, but they called it quits earlier this month after nearly one year together. “Amelia was the one who ended things,” a source told Us of the model, 20, noting that the split wasn’t related to the Talentless founder’s recent drama with Kardashian’s ex Younes Bendjima. “This breakup was coming regardless.”

According to the first source, Disick isn’t that interested in dating again right away, at least not seriously.

“He’s not looking to jump into another relationship so quickly,” the insider explains. “If it happens, it happens. He’s keeping his eyes open. He likes being in a relationship, so you better bet he’s on the prowl.”

Kardashian and Barker, meanwhile, seem to be more in love than ever. The pair attended the MTV VMAs together on Sunday, September 12, and took their PDA to the next level on the red carpet. Later, the reality star took the stage with Megan Fox to introduce her boyfriend’s performance with Machine Gun Kelly.

“Give it up for our future baby daddies,” the Jennifer’s Body actress, 35, said of her beau, 31. The Keeping Up With the Kardashians alum added: “I think his drummer is super hot.”