Will Sir Keir Starmer be the next Prime Minister of the United Kingdom?

Until recently, the general consensus has been that it is going to be uphill work for this apparently decent but uncharismatic man to persuade British voters that he should be the next PM. Sir Keir did gain ground as a result of the Tory in-fighting over the political corpse of Boris Johnson.

Then came Kwasi Kwarteng’s mini-Budget last Friday, which has spooked the markets, sent the pound into at least temporary freefall against the dollar, and dramatically raised the Government’s borrowing costs at the very moment it is having to borrow a great deal more. 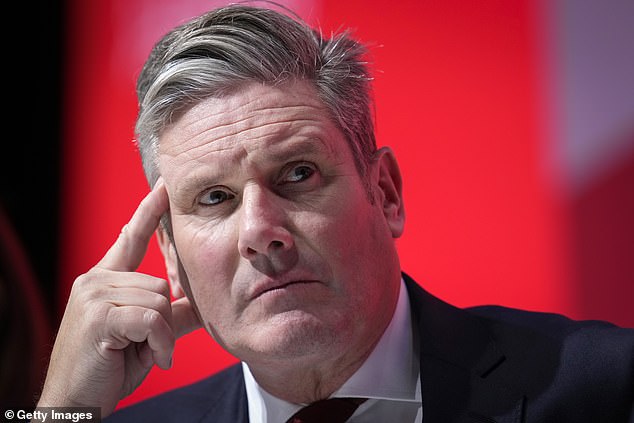 Will Sir Keir Starmer be the next Prime Minister of the United Kingdom? Until recently, the general consensus has been that it is going to be uphill work for this apparently decent but uncharismatic man to persuade British voters that he should be the next PM

Whatever the rights and wrongs of the Chancellor’s so-called ‘fiscal event’ — and I confess to having grave concerns about both the timing and presentation — it can’t be denied that, at any rate for the time being, it has transformed Sir Keir’s and his party’s hopes and prospects.

A YouGov poll yesterday gave Labour an enormous 17-point lead over the Tories, which would translate into a substantial parliamentary majority in a general election. Less than one in five respondents thought Mr Kwarteng’s Budget was ‘fair’. Millions of Conservative voters — let alone Labour ones and the undecided — therefore believe it was unfair.

So Sir Keir came to the podium yesterday afternoon at Labour’s annual conference in Liverpool with the wind very much behind him. Not since Tony Blair in the mid-1990s, when he was pretty clearly a prime minister in waiting, has a Labour leader in opposition had so much cause to be confident.

Even many Tory MPs privately believe that a Labour victory is now virtually inevitable and that, unless there is an unlikely economic miracle, Liz Truss, with her friend Mr Kwarteng by her side, is heading for certain defeat. 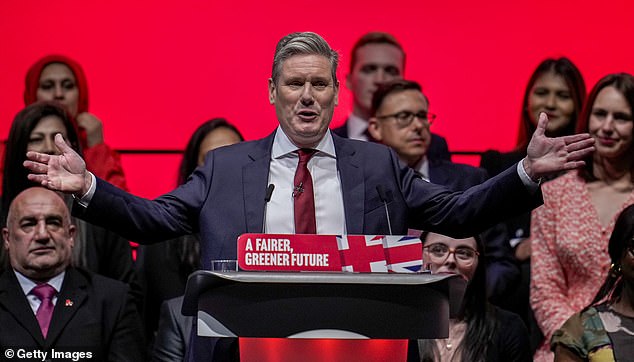 So how did Sir Keir do? The party faithful loved it, as was to be expected, because he set out an upbeat, though to me infuriatingly general, prospectus for the future. He promised ‘a fairer, greener and more dynamic Britain’ — a phrase he repeated in a speech which laid a lot of emphasis on the need for more ‘graft’ and application than has supposedly been shown by the Tories.

There was a lot of stuff about the need for more green investment, and a commitment — one of the few he made — for a new state-owned energy generation company, which in some unspecified way will drive the green future which he believes will be the saving of Britain.

Other than that, there was much relentless rubbishing of the Tories. I was reminded — because it was so different — of the Conservative Party conference speech which Margaret Thatcher made in October 1978, some six months before leading the Tories to victory.

Whereas Mrs Thatcher made a detailed critique of the shortcomings of Labour, which had been in power for more than four years, Sir Keir merely listed alleged Tory failings during the past ’12 long years’. I don’t, of course, suggest that there haven’t been quite a few mistakes. 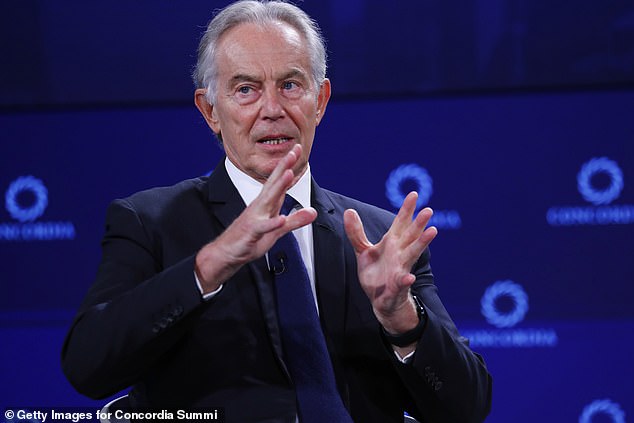 The point is that Margaret Thatcher had a vision, driven by her radical political and economic ideas. Sir Keir doesn’t. He seems to be relying on Tory errors rather than producing any coherent or specific set of policies, of which there were precious few yesterday.

This is what Mrs Thatcher said in 1978: ‘We do not hope for a country in ruins so that we can take over. We want to be elected so that we can do better, not because we could not possibly do worse.’

How will Sir Keir ‘do better’? Does he even have the faintest idea?

Is he, deep down, still the enthusiastic supporter of the hard-Left Jeremy Corbyn, who believed (and believes) in draconian taxation? Is Sir Keir Starmer the same Sir Keir Starmer who did his utmost to overturn the British people’s democratic vote in favour of Brexit?

Or is he really the true moderate he purports to be, leading a ‘party of the centre ground’, as he put it yesterday? Incidentally, it seems grossly presumptuous of him to claim that Labour is ‘the political wing of the British people’. It never has been, and let’s hope it never will be. Are these signs of hubris? 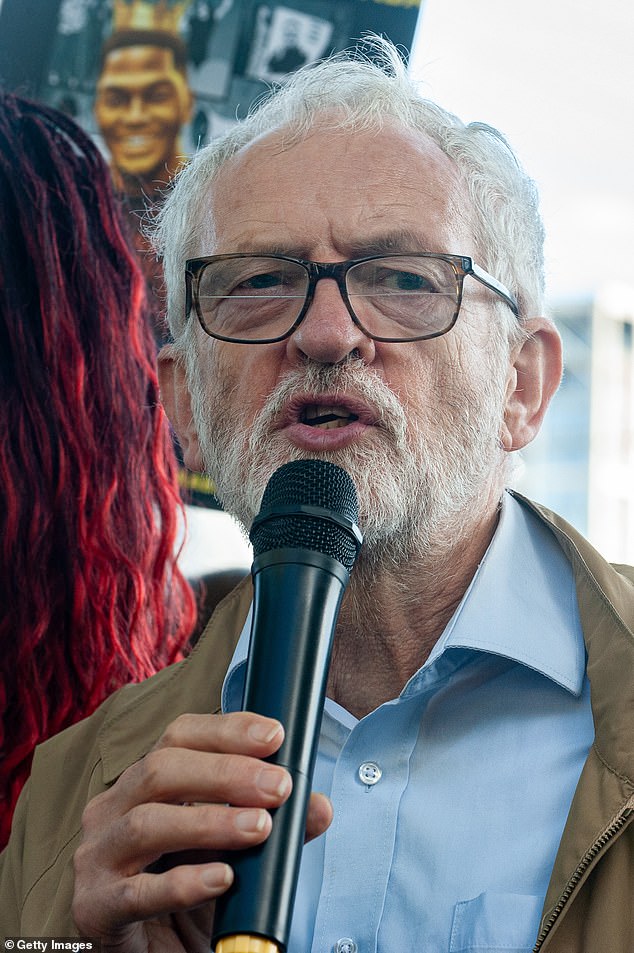 Is Sir Keir, deep down, still the enthusiastic supporter of the hard-Left Jeremy Corbyn, who believed (and believes) in draconian taxation?

The truth is that we still don’t know after Sir Keir’s speech, which lasted nearly an hour, what he really believes and what kind of prime minister he would make. I doubt that we will know this side of the next election. He is a remarkably bland politician, who plays his cards close to his chest.

Just occasionally, though, we do get a glimpse. One recurrent theme in his speech, and of

Labour propaganda during the past few days, was that Mr Kwarteng’s mini-Budget was, as Sir Keir put it, ‘for the richest one per cent of our society’. This is not true.

Sir Keir seemed to be mostly referring to the reduction in the top rate of tax from 45 to 40 per cent, which is due to take place next April. It will cost the Government some £2 billion out of total cuts in taxation announced by Mr Kwarteng, amounting to £45 billion. 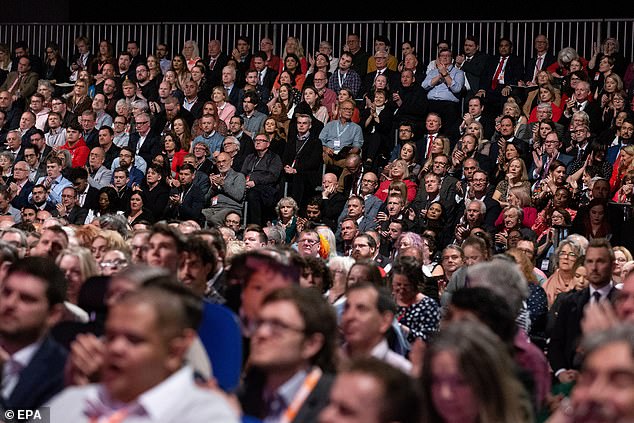 So how did Sir Keir do? The party faithful loved it, as was to be expected, because he set out an upbeat, though to me infuriatingly general, prospectus for the future

It is wilfully misleading of the Labour leader and his party to allege that this cut marks a disgraceful concession to the rich. Throughout New Labour’s 13 years of power, except for the final month, the top rate of tax was 40 per cent. If the Tories are indulging the rich now, so did New Labour for the best part of 13 years.

In other words, Sir Keir is twisting the truth, and attempting to mislead the public, in the cause of a little old- fashioned class war. The mask briefly cracks, and what we see beneath is not very pleasant. It is much more Jeremy Corbyn than Tony Blair.

For say what you like about Mr Blair — on whom Sir Keir superficially seems to be modelling himself — he wasn’t a class warrior. He didn’t use his speeches at Labour Party conferences to whip up the envy of the rank-and-file.

My argument is not that Kwasi Kwarteng was right to reduce the rate from 45 to 40 per cent. In the middle of a cost-of-living crisis it doesn’t seem to me a very clever political move. But Sir Keir has shamelessly misrepresented the true position. My fear is that the British public has been largely deceived by his falsehoods.

And here I return to my original question. Can Sir Keir Starmer be the next Prime Minister? Yes he can — if he can rely on the Tories to make missteps, is allowed to hide many of his inner feelings and contrives to depict Liz Truss and the fledgling Chancellor as uncaring brutes.

But the Tories, divided and stunned by recent events, must not let Sir Keir get away with it. I have been amazed during the past few days by how feeble the Tory fight-back has been against Labour lies (in which parts of the media admittedly connive). 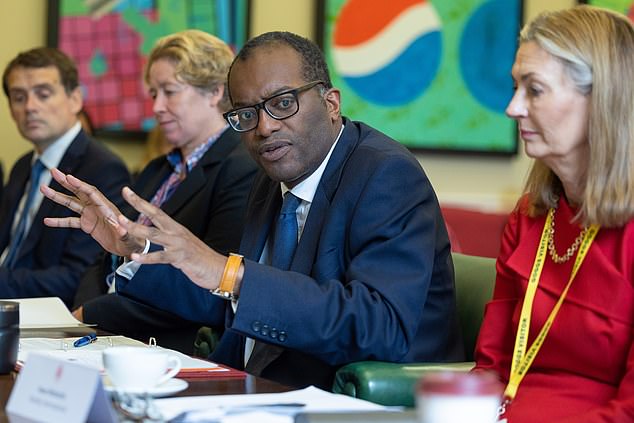 Labour propaganda during the past few days, was that Mr Kwarteng’s mini-Budget was, as Sir Keir put it, ‘for the richest one per cent of our society’. This is not true

This Government may be incompetent but it is emphatically not the rich man’s party of Labour fantasy. Some ministers appear to have retreated into their metaphorical bunker in a state of shock, while many Tory MPs have been working themselves into a heightened level of despair, convinced that Sir Keir is bound to triumph. But it is not inevitable.

Before the 2017 general election, Theresa May was more than 20 per cent ahead of Labour in some polls, yet on the day the Conservatives only just scraped home. Mrs May’s defects were richly illuminated. So Sir Keir Starmer’s can still be.

He is not another Tony Blair. He is wooden, charmless and more than a little bit devious. So-called Red Wall voters, who deserted Labour for the Tories in 2019, will need a lot of persuading that Sir Keir is not a middle-class, metropolitan Leftie out of touch with their values and aspirations.

Don’t despair! That is my message to the Conservatives. Sir Keir could well be Prime Minister, but it is not written in the stars. If they govern competently, and learn to justify themselves more convincingly, the Tories can still see off Labour and its extremely flawed leader.