Stormi Webster ''100% Okay'' After Spending the Day in the Hospital 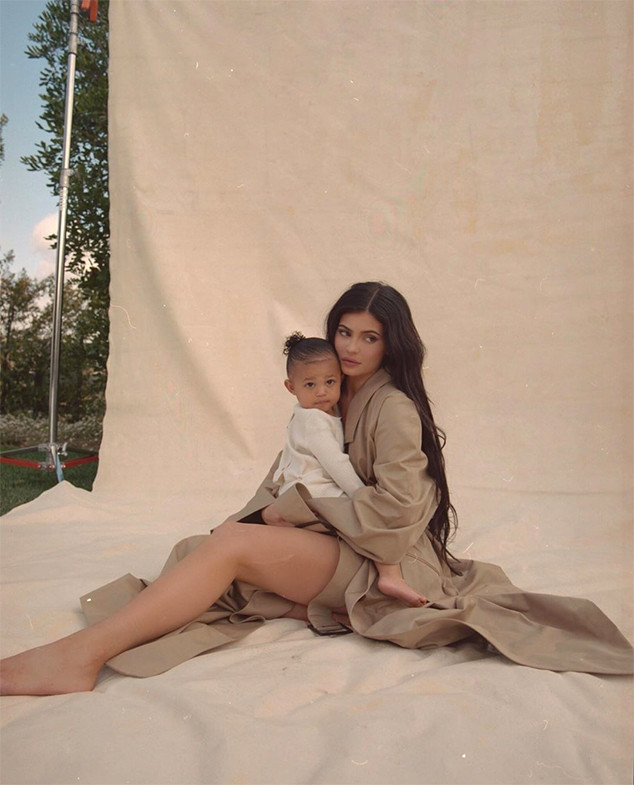 Kylie Jenner and Travis Scotts little girl Stormi Webster had a bit of a health scare on Sunday.

The Kylie Cosmetics owner posted a photo of Stormi sleeping and revealed that she “spent the day in the hospital with my baby.”

Kylie write, “She had an allergic reaction but is 100% okay now and we are home. Nothing else matters when these things happen.”

Her note continued, “God bless all the moms with sick babies. I’m sending so much love and positive energy your way.”

The 21-year-old got sentimental in another post on her Instagram Story where she showed the setting sun painting the sky a multitude of colors.

“Blessed beyond words,” she typed. “I believe in being a reflection of what you’d like to receive.”

Her note went on, “If you want love, give love. If you want success, wish success.” 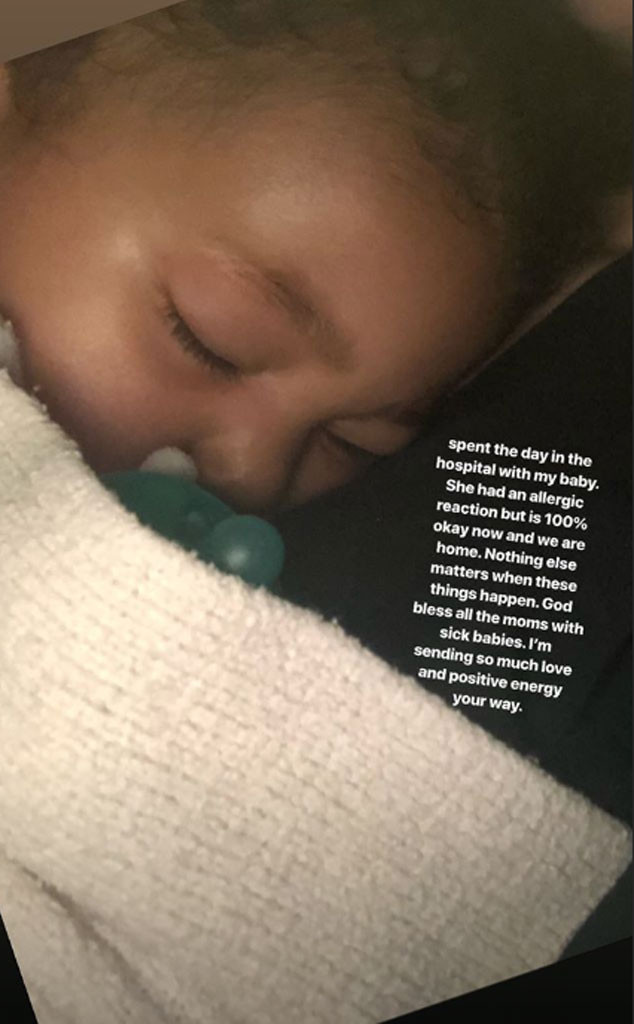 Stormi turned 1 in February and has played a pivotal role in her mom’s ever-expanding beauty empire. In May, E! News confirmed that Kylie filed trademarks for “Kylie Baby” which follows along the same name structure as Kylie Cosmetics and Kylie Skin.

It turns out that Kylie’s pregnancy and her giving birth to Stormi also helped inspire some Kylie Cosmetics products. “Right after we chose Stormi’s name, her name really inspired me. I spent a lot of time on this collection and put a lot of detail into it,” she said in an Instagram video after giving birth.

Kylie’s love for her daughter has also become even more permanent as she and Travis as well as her friend Anastasia Karanikolaou got Stormi’s name tattooed on their arms.

Check out the gallery below for some of Stormi’s cutest baby photos.