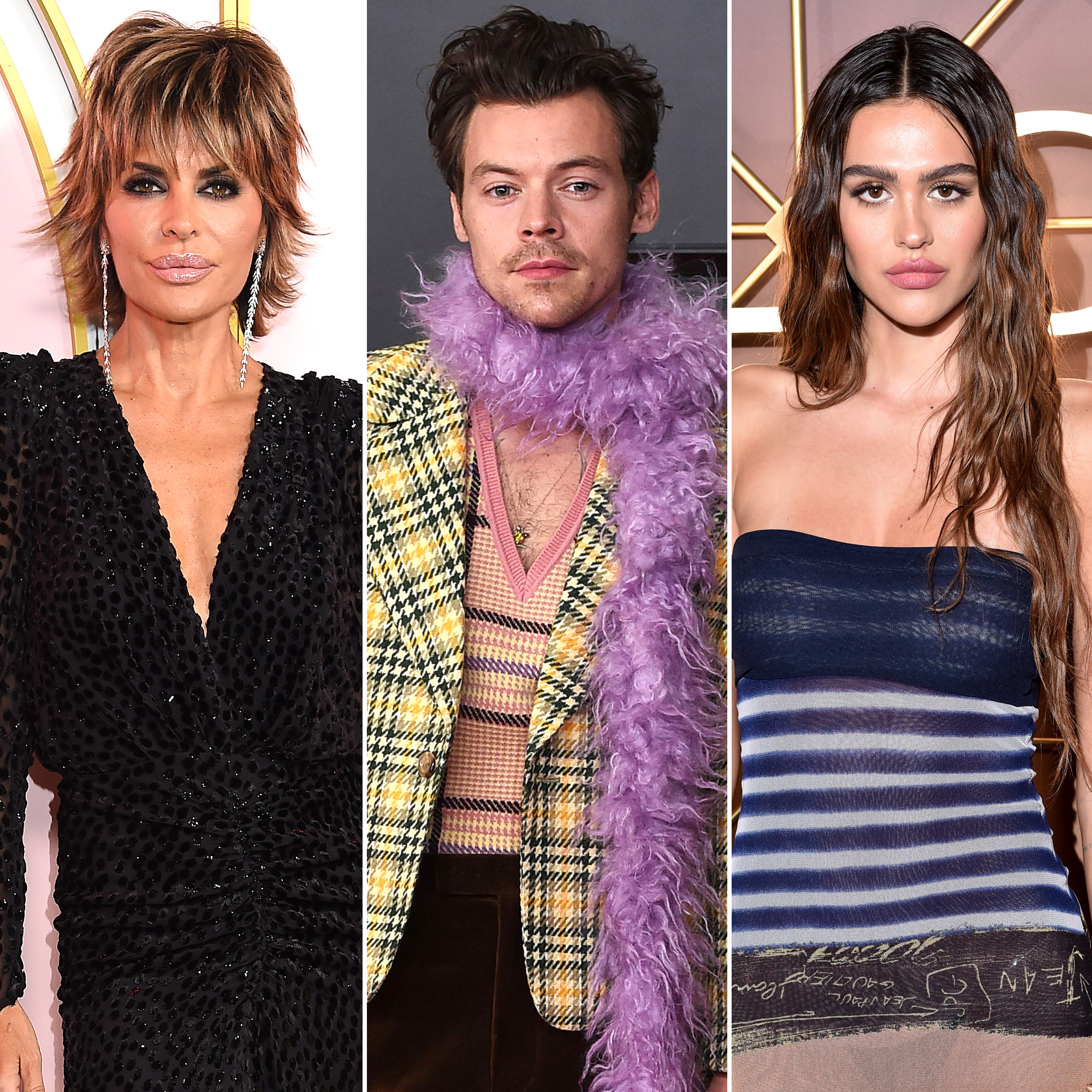 Lisa Rinna has stayed in one direction! The Real Housewives of Beverly Hills personality has once again made it crystal clear that she’s a fervent supporter of Harry Styles after her daughter Amelia Gray Hamlin’s recent split from Scott Disick.

The Rinna Beauty founder, 58, reposted a fan’s TikTok video of the “Watermelon Sugar” crooner, 27, dancing via her Instagram.

“Hi Harry 😊,” the former soap star captioned the video, as the Cheshire, England, native danced during one of his recent “Love on Tour” concerts.

Several of the Veronica Mars alum’s famous followers chimed in with their support too, as Holly Robinson Peete noted, “He’s dreamy.” Celebrity stylist Phillip Bloch added, “You need that vest in your life ❤️🔥,” in response to the red sequin jacket that the former One Direction member wore.

Scott Disick and Amelia Gray Hamlin: A Timeline of Their Whirlwind Romance

The Bravo personality’s recent post is not the first time she’s publicly supported the Grammy winner. On the August 25 episode of RHOBH, Rinna notably bashed the Talentless founder, 38, while he was still dating her youngest daughter, 20. During the episode, the actress bonded with daughters Delilah Belle Hamlin and Amelia — whom she shares with husband Harry Hamlin —as they looked at her old wedding dress. At the time, Rinna noted that she could see her 23-year-old daughter marrying her beau, Eyal Booker, but couldn’t say the same for Amelia and the Keeping Up With the Kardashians alum.

“Why can’t it be Harry Styles? Why the f–k is it Scott Disick,” she revealed during the episode at the time. “My husband, Harry, made it quite clear that he would not object if Delilah and Eyal got married, which is pretty shocking, but that says a lot. I can’t say the same for Amelia at this point now.”

Less than one week later, Rinna doubled down on her pro-Harry Styles opinion, sharing a snap of the “Kiwi” performer via Instagram. “Manifestation WORKS!” makeup artist Michael Anthony commented, to which she replied, “It does.” Rinna’s costar Kyle Richards also chimed in at the time, commenting “Hehehe.”

Amelia was first linked with the Flip It Like Disick alum in October 2020 before they made their romance Instagram official in February. While the pair’s relationship seemed to be going well, Rinna wasn’t as thrilled with the match.

“How do you think I feel?” the beauty entrepreneur joked during the August 11 episode of Watch What Happens Live With Andy Cohen. “Listen, I will say this: Amelia’s very happy right now and you really want your kids to be happy, so Harry and I are very thrilled that she’s happy.”

Us Weekly confirmed on September 7 that Amelia and the father of three — Mason, 11, Penelope, 9, and Reign, 6, whom he shares with ex Kourtney Kardashian — had split after his alleged Instagram drama with the 42-year-old Poosh founder’s other ex-boyfriend, Younes Bendjima.

“Amelia was the one who ended things,” an insider exclusively told Us at the time.

Shortly after the news broke, the RHOBH star commented on a post from a Housewives fan account, who shared a screenshot via Instagram. Rinna subtly replied with a smiling face emoji.