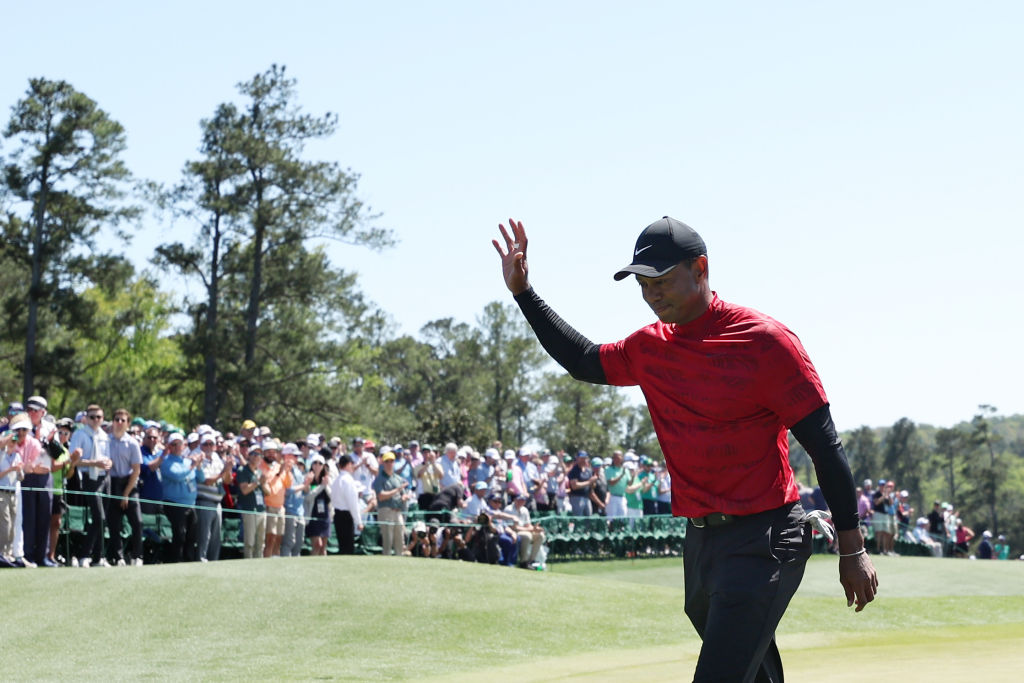 Tiger Woods has confirmed he will take part in The Open this summer after making his return at The Masters, though says he may be restricted to only playing major tournaments going forward.

The five-time Masters champion was playing in his first competitive tournament since breaking his leg in a car crash 14 months ago, but after a bright start on the opening day he ended up shooting 13-over-par – his worst performance at Augusta since he finished on +6 as an amateur in 1996.

Nevertheless, Woods received a standing ovation as he walked up to the 18th green on the final day, having defied the odds to have even teed off on day one after nearly losing his leg in the car accident.

Next month, the PGA Championship will be held at Southern Hills – a course Woods has excelled on previously – but he played down his chances of taking part and was only willing to commit to The Open in July, saying his leg may prevent him from playing a full schedule for the rest of his career.

Asked if he will take part at Southern Hills, Woods told Sky Sports: ‘Honestly, I really don’t know. Even three weeks ago I didn’t know if I was going to play this event.

‘I have, as I’ve said, a lot of work to do. The endurance in the leg wasn’t very good. I can start out and it’s sore as hell when I start out.

‘Once it gets warmed up it’s good, I can hit good shots, and then the endurance goes and I hit some pretty ugly ones. That’s one of the things that we’re going to have to work on and see what the schedule is.

‘As I alluded to in a number of press conferences, I won’t be playing a full schedule ever again. It will be just the big events.

‘I don’t know if I’ll play Southern Hills or not, but I am looking forward to St. Andrews. That is something that is near and dear to my heart. I’ve won two Opens there and it’s the home of golf, it’s my favourite golf course in the world, so I will be there for that one.

‘But anything in between that I don’t know. I will try, there’s no doubt. This week I will try and get ready for Southern Hills and we’ll see what this body is able to do.’

Reflecting on it being 25 years since he won his first Masters, Woods continued: ‘It’s crazy, honestly. Some of these guys in the field, Joaquin [Niemann] I played with on the first two days, he wasn’t even born yet! So it’s just crazy.

‘This golf course and this tournament has meant so much to me and my family, from the year I was born it was the first year that a black man played The Masters, Lee Elder, he got a chance to be made an honorary starter last year before he passed. He was there when I ended up winning in 1997, my dad was there.