Tony Horwitz, a Pulitzer Prize-winning reporter and best-selling author known for embedding himself in the worlds he wrote about, whether joining a poultry slaughterhouse assembly line or an army of Confederate battlefield re-enactors, died on Monday in Washington. He was 60.

His wife, Geraldine Brooks, a Pulitzer Prize-winning novelist, said he had collapsed while walking in Chevy Chase, Md., and was declared dead at George Washington University Hospital. The cause has not been determined, she said.

Mr. Horwitz was on the staff of The Wall Street Journal when he won the 1995 Pulitzer for national reporting for his vivid accounts of grim working conditions in low-wage jobs, including those at garbage recycling and poultry processing plants. He later wrote for The New Yorker on the Middle East before amplifying his brand of participatory journalism in nonfiction books. 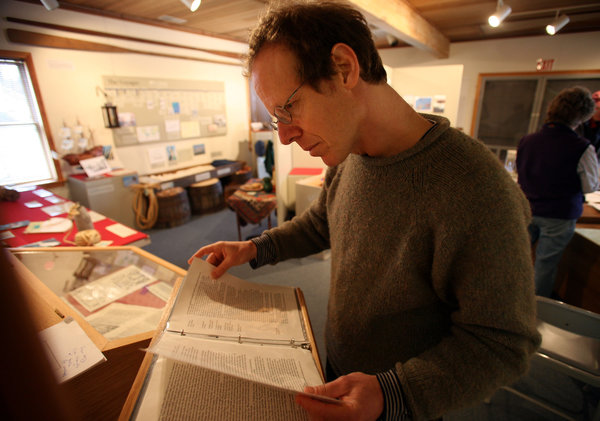 His immersion in the subculture of battlefield re-enactors led in 1998 to “Confederates in the Attic: Dispatches From the Unfinished Civil War,” which was a New York Times best seller.

He followed that with “Blue Latitudes” (2002), another best-seller in which he retraced the Pacific voyages of the explorer Captain James Cook; “A Voyage Long and Strange: Rediscovering the New World” (2008), a revisionist view that plays down the significance of the Pilgrims; and “Midnight Rising: John Brown and the Raid That Sparked the Civil War” (2011).

His latest book, “Spying on the South: An Odyssey Across the American Divide,” published this month, retraces the antebellum meanderings of Frederick Law Olmsted, whose dispatches for The Times, long before he gained fame for designing Central Park and other urban landscapes, sought to fathom the soul of the slaveholding states and find common ground among Americans of good will.

Mr. Horwitz, who lived on Martha’s Vineyard in Massachusetts with his wife and two sons, was scheduled to read from the book on Tuesday night at Politics and Prose, a popular book store in Washington.

“Tony created his own unique genre of history and journalism in book after book,” David William Blight, a professor of American history at Yale and director of the Gilder Lehrman Center for the Study of Slavery, Resistance and Abolition, said in an email. “His search for Olmsted’s journey was Tony’s own brilliant mirror held up to all of us about the awful social and political sicknesses we face now as Olmsted’s epic journey showed the same for the South and the road to the Civil War.”

Anthony Lander Horwitz was born on June 9, 1958, in Washington, the son of Dr. Norman Horwitz, a neurosurgeon, and Elinor (Lander) Horwitz, a writer. Dr. Horwitz was part of the team that operated successfully in 1981 on Officer Thomas Delahanty, who was shot in the attempted assassination of President Ronald Reagan.

Mr. Horwitz turned to newspaper reporting after a stint as a union organizer in Mississippi. He was an education reporter for The Fort Wayne News-Sentinel in Indiana from 1983 to 1984 and a general assignment reporter for The Sydney Morning Herald in Australia from 1985 to 1987 before joining The Wall Street Journal in 1990 as a foreign correspondent in Europe and the Middle East.

He and Ms. Brooks won the Overseas Press Club’s Hal Boyle Award for their coverage of the Persian Gulf war in 1991.

He returned to the United States in 1993 and reported on workplace issues while assigned to The Journal’s Pittsburgh bureau.

In addition to his wife, he is survived by his sons, Nathaniel and Bizu; his mother; his sister, Erica; and his brother, Joshua.