For more than 25 years, Mark Richards worked at the coal-fired Hazelwood Power Station in Victoria’s Latrobe Valley until it closed in 2017.

Mr Richards said the majority of his co-workers, family and friends acknowledged the reality of climate change. However, they also feared that they increasingly would be saddled with the “heavy lifting” for climate change through job losses and economic sacrifice. 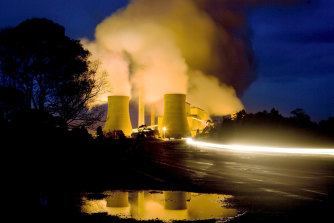 The pathway to net zero emissions by 2050 includes no new coal or gas developments from 2021.Credit:

His position corresponds with the results of a landmark national survey into the attitudes of Australian voters to climate change, which found climate change would rank highly in the priorities of voters in both regional and metropolitan areas at the next election.

The survey of 15,000 Australians, commissioned by environment organisation the Australian Conservation Foundation, was conducted by research company YouGov in July to shed light on whether voters believe Australia should do more to reduce carbon emissions.

Mr Richards said federal and state governments needed to ensure “genuine replacement industries” existed for people who would lose their jobs as a result of coal-fired power station and mine closures.

“We need bipartisan support for climate change policy which includes factoring in jobs for communities who have had their livelihoods displaced by climate change,” he said.

Fifth-generation Queensland grazier Kyle Beale hails from a long line of staunch Liberal National voters, a family immoveable in their loyalty to the conservative side of politics.

In a break with family tradition, the Gladstone farmer says the role climate change has played in years of successive droughts would likely see him vote Labor for the first time come the next federal election.

“Our family and my father, grandfather and generations before have always pulled strongly to the bluecoats [Coalition],” Mr Beale said.

“But if the redcoats [Labor] are going to head in the direction we need to go to address climate change, I will strongly consider changing my vote.”

Mr Beale, who participated in the ACF survey, said he was not surprised climate change was at the forefront of voters’ minds, notwithstanding the immediate challenges associated with managing the pandemic. 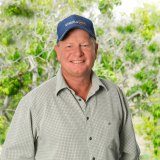 “Most of my friends, family and acquaintances share my concerns on climate change,” Mr Beale said.

“Climate change is here and things are going to change beyond our control whether we like it not. We, as human beings, need to prepare ourselves for that.”

That said, Mr Beale was not persuaded any general shift in public sentiment on climate change in his electorate of Flynn would see LNP incumbent Ken O’Dowd lose the seat to Labor.

“This is a strong coal area and there remains a strong focus around coal jobs,” Mr Beale said.

Michael Hartin, a coal miner at the New Acland Coal Mine in Southern Queensland, shared this view, but said he believed it was too early to say whether taking stronger action on climate change would warrant the end of coal.

“For me in my rural area, I don’t see [climate change] as a huge issue,” Mr Hartin said. “The majority of my friends and family believe climate change is real, but I think there are a lot of alarmists out there.

“My personal belief is that coal still has a big part to play long into the future.”

John Dalton, a local Kingaroy teacher in the electorate of Maranoa in rural Queensland— historically Australia’s most conservative seat — said his community had become increasingly concerned about climate change.

“The whole district is by nature deeply conservative,” Mr Dalton said. “Yet all the farmers I know have no trouble [also] having green credentials.”

Under the leadership of Mr Dalton, the Kingaroy Concerned Citizens Group — a local community group opposed to new coal mine developments in the region — had defeated no less than four proposals for new coal mines near Kingaroy since 2010.

Mr Dalton credited those experiences with raising awareness among locals around the need to address climate change. 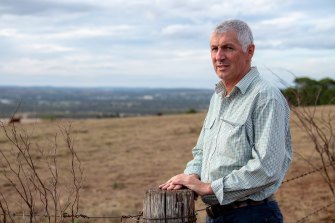 A Kingaroy teacher in the electorate of Maranoa in rural Queensland— historically Australia’s most conservative seat — John Dalton said his community had become increasingly concerned about climate change.

“But what that translates to politically is hard to predict because there are just so many rusted-on voters out there who couldn’t bring themselves to vote for anyone else.”

For Carlton-based playwright Angela Buckingham, it was unsurprising workers from the resource industry would be resistant to the need to act on climate change. Ms Buckingham is in the midst of producing a play called #NoExemptions, which examines climate change through the lens of intergenerational accountability and the breakdown of society.

“It’s very hard to say to a community that what has worked for them in the last generation and what has made Australia comparatively very wealthy is not going to work going forward,” Ms Buckingham said.

“But the day is coming when Australia is going to be penalised internationally for its criminal irresponsibility on climate change.”

Be, collatera, don’t, to, Want, We
World News