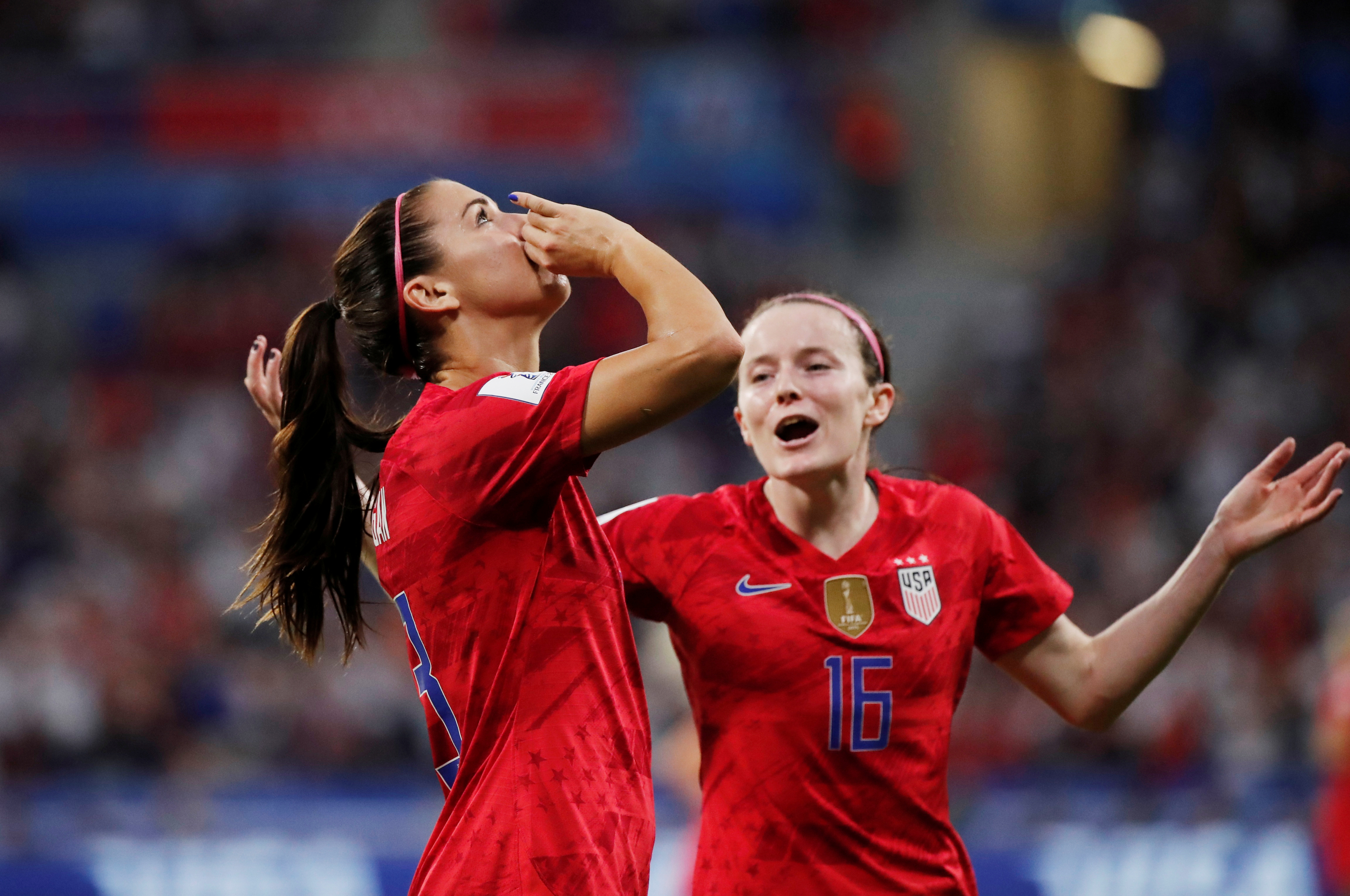 Morgan poked fun at England by pretending to drink a cuppa in celebration.

England and Juventus forward Lianne Sanderson called the celebration "distasteful" while working as a pundit for beIN Sports.

Sanderson said: "I expected Alex to grab a goal but I'm not that happy with that celebration.

"You can celebrate how you want, but for me that is a bit distasteful, and I don't think she needs to do that.

"I'm a big believer in the American's and how they celebrate but for me this was a little bit disrespectful.

"For me, I could be wrong, but it's based upon playing against England, we love our tea in England, I'm not a tea drinker but that's what we're connected with so I think it's a little bit distasteful."

USA had taken a 1-0 lead thanks in part to poor defending from England after Lucy Bronze failed to head away a cross that Christen Press nodded home.

Press came into the side in place of USA skipper Megan Rapinoe – who has been attacked by Donald Trump in the build-up.

Phil Neville's side bounced back, however, thanks to a clinical finish from Ellen White.

It took the striker's goal tally to six, becoming the tournament's leading scorer.

However, Morgan regained the USA's lead with the deft header – equalling White's tally.