Home » Sport » As Arsenal prepare to launch £30m swoop for Ryan Fraser, we take a look at how the Bournemouth man compares to the Gunners' current wingers

As Arsenal prepare to launch £30m swoop for Ryan Fraser, we take a look at how the Bournemouth man compares to the Gunners' current wingers

ARSENAL are considering a £30million summer swoop for Bournemouth winger Ryan Fraser – but would he be worth the monster outlay?

The Gunners have been famously short of cash in the past few transfer windows, forced into loan moves and shrewd buys. 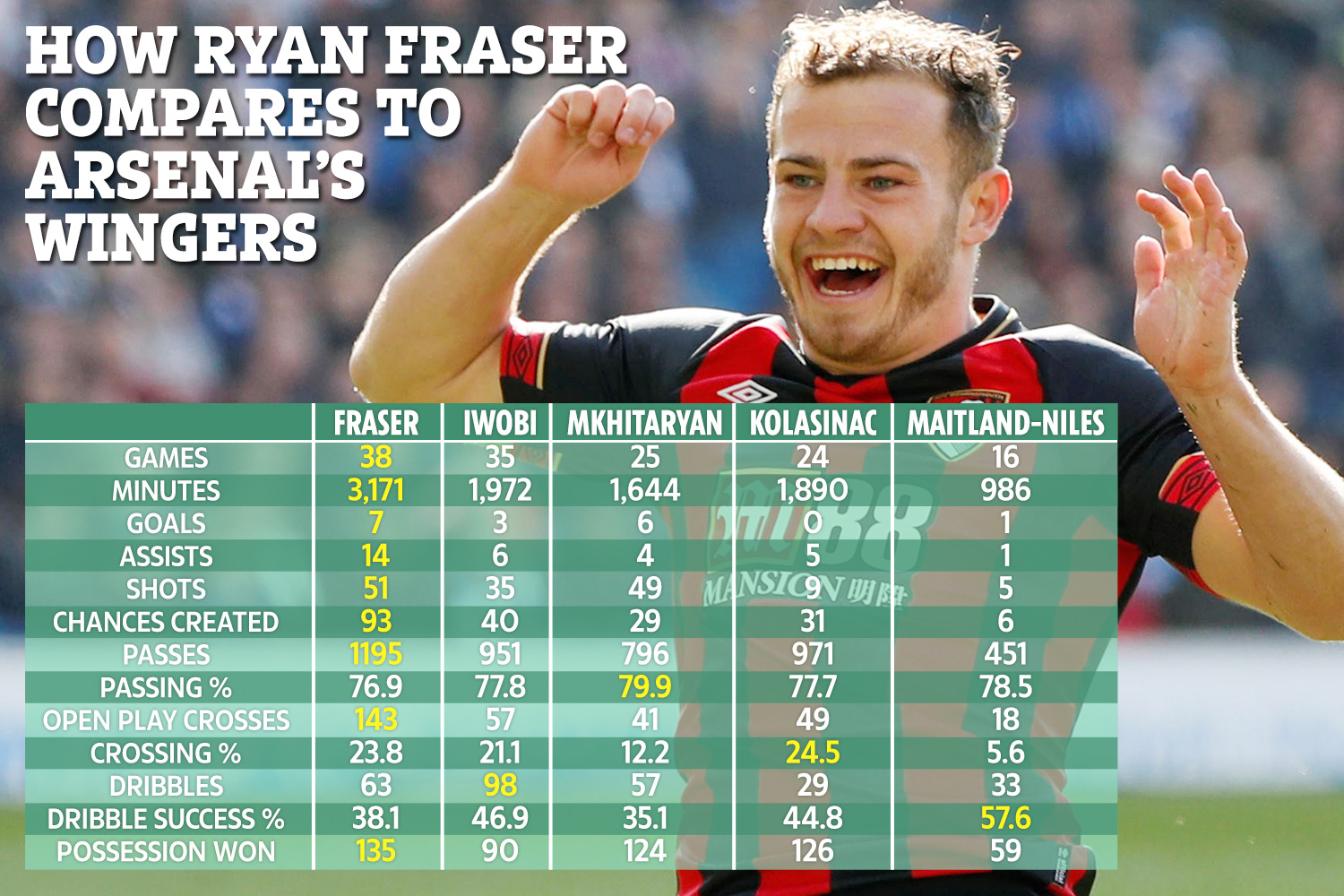 But with Unai Emery in dire need of some width and creativity in his squad, Fraser, 25, could be just the man to fill that void.

The Emirates boss has been forced to start two up-front with wing-backs offering width.

However, they've found balancing attacking duties with their defensive responsibilities – and Emery could now go on a summer winger spree.

We've taken a look at how Fraser stacked up in the 2018-19 season, compared to the rest of Arsenal's wing options.

Emery has just ONE out-and-out winger on his books, in Alex Iwobi – with natural No10 Henrikh Mkhitaryan able to do a job out wide.

Ainsley Maitland-Niles and Sead Kolasinac are also capable of playing in more advanced positions than they have in recent months.

Out of all the players, Fraser played the most… all 38 Premier League games, in fact.

Incredibly, the Scottish star leads in NINE of 13 statistical categories, including goals, assists, chances created and passes made.

Mkhitaryan leads in passing percentage, while Kolasinac has the best crossing success rate.

Alex Iwobi is far and away the most exciting player in terms of taking on his opponent, with 98 dribbles.

But in terms of successful dribbling, that award belongs to Maitland-Niles, succeeding with a monster 57.6 per cent of his runs.

From the stats it appear clear Arsenal could use Fraser's talent. But would he struggle in the star-studded side?

For Bournemouth, Fraser is the key man, the big fish in a comparably smaller pond.

It's up to Emery whether he believes £30m would be a worthwhile investment or a risky purchase.