FOOTY legend Ronaldo enjoyed a nice dip in the sea while taking in the sweltering Ibiza sun.

The former Real Madrid and Brazil hitman has been soaking up the Spanish sun with his loved ones for the last few days. 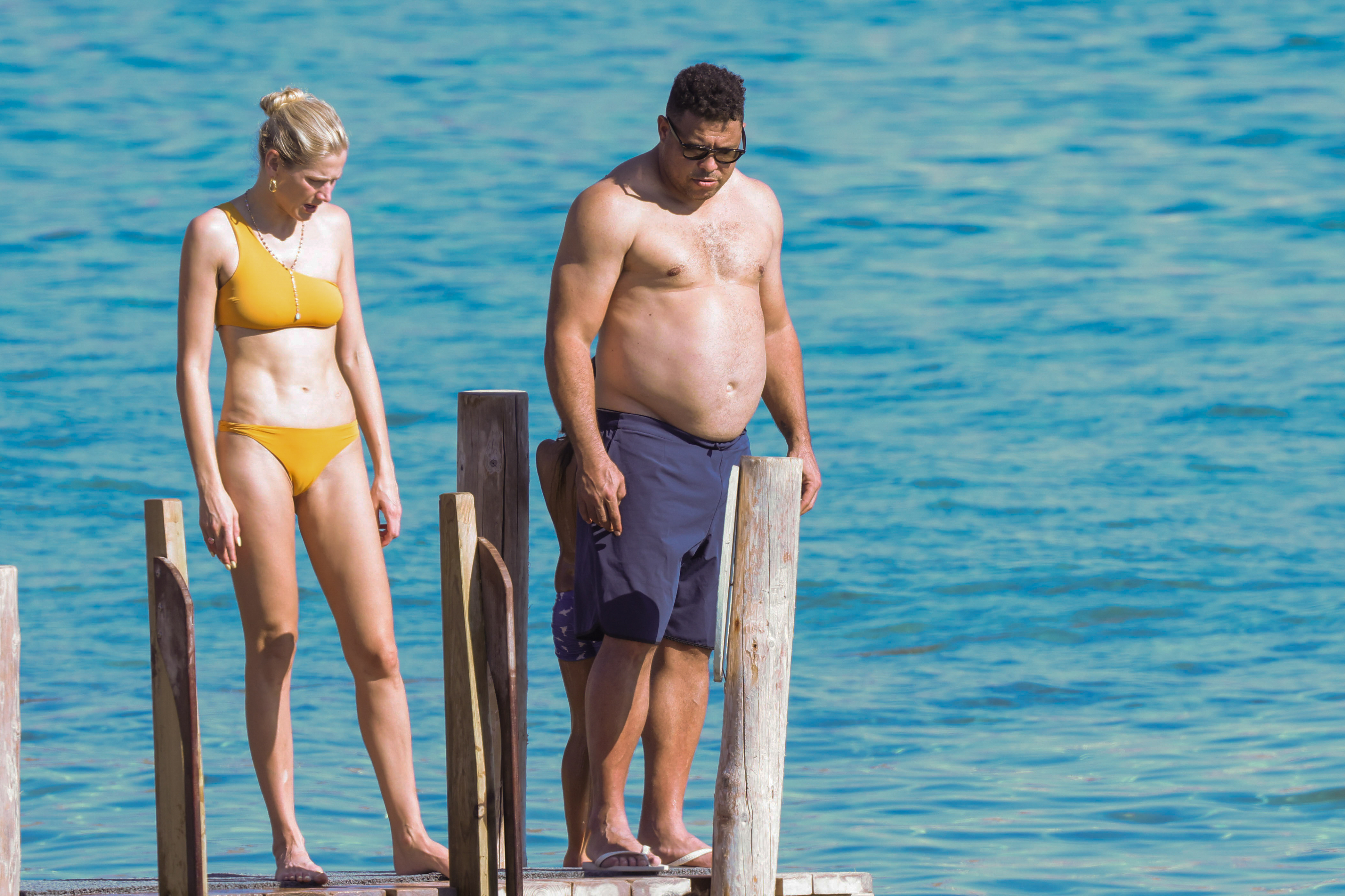 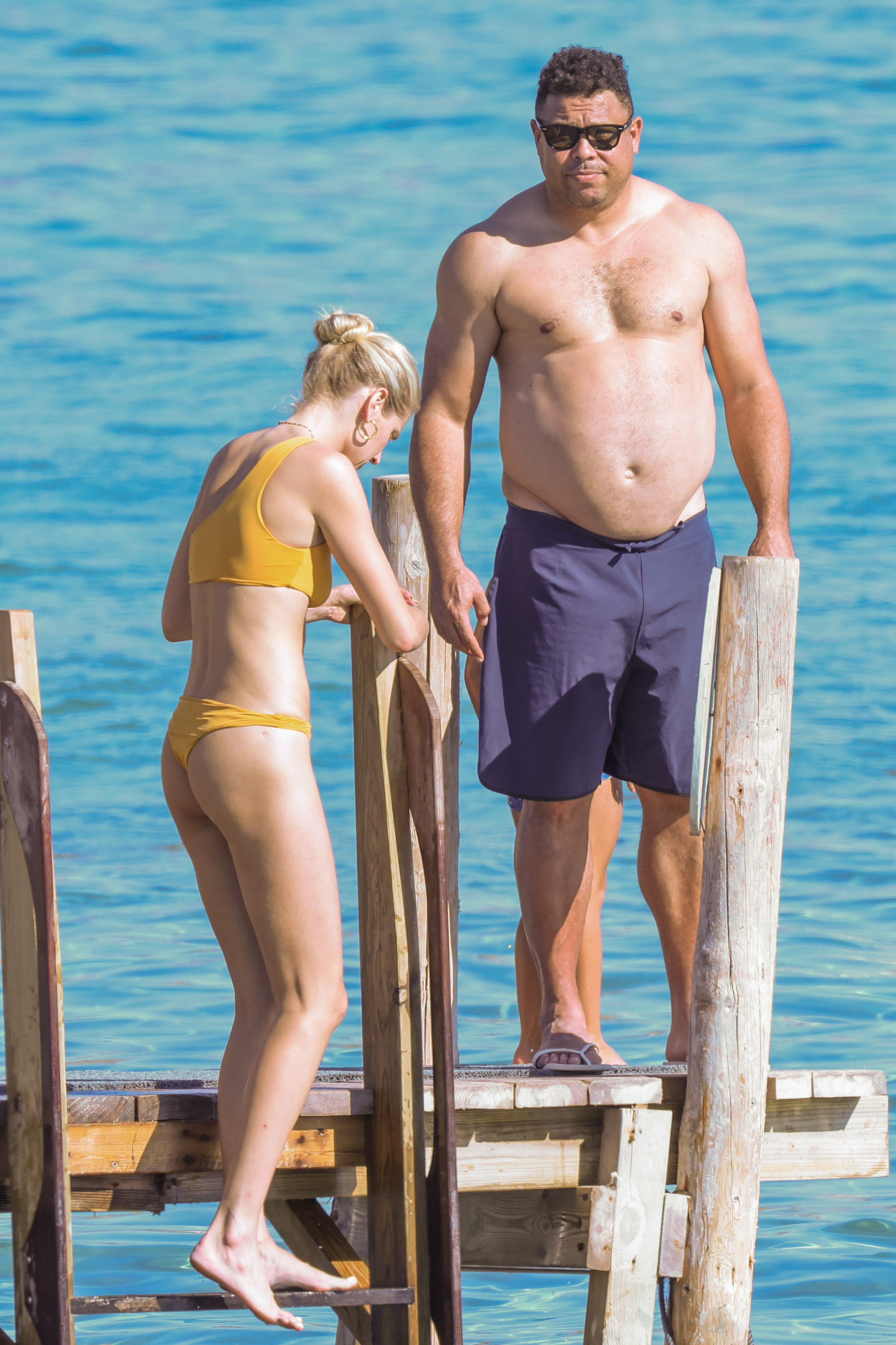 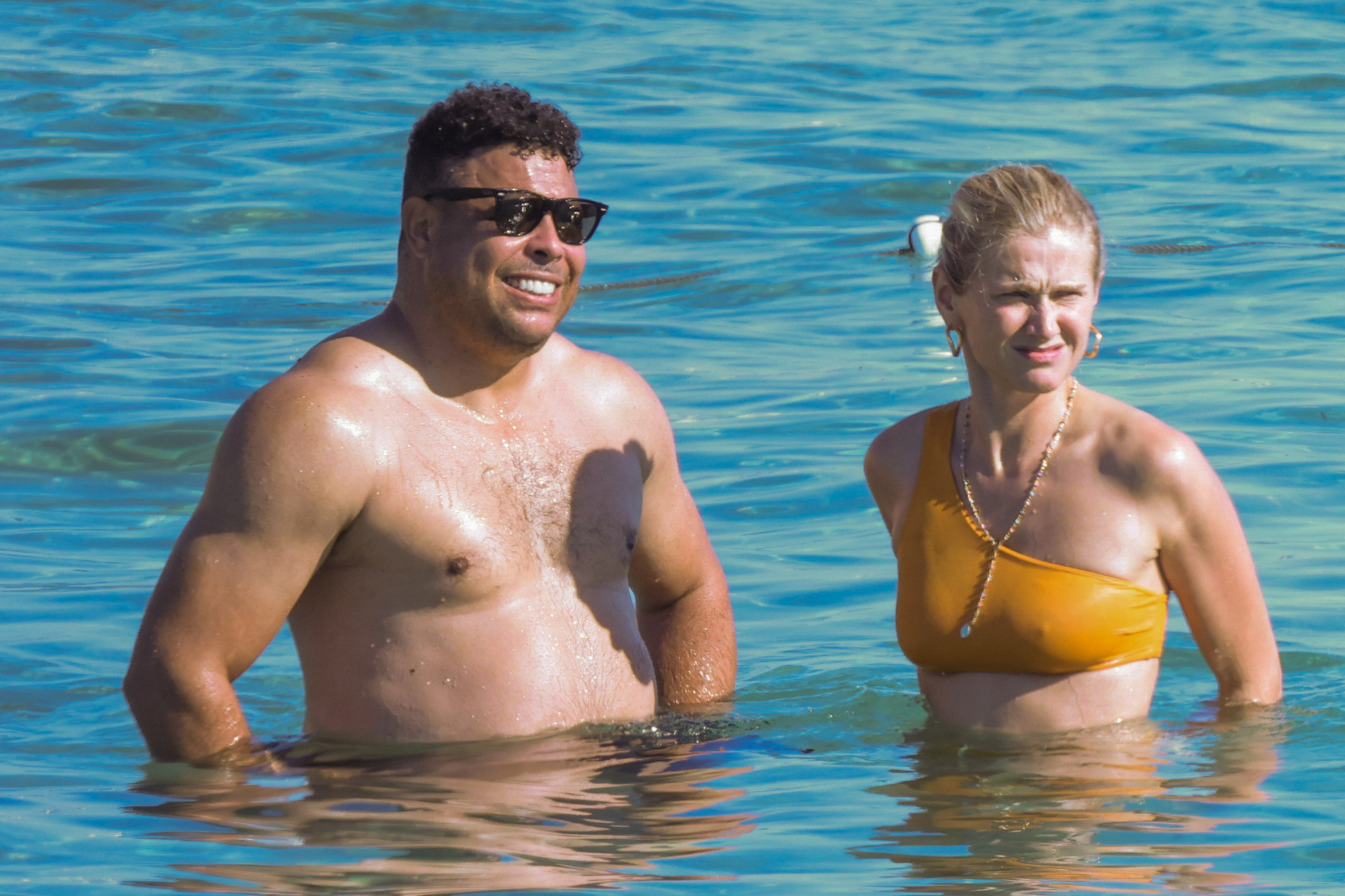 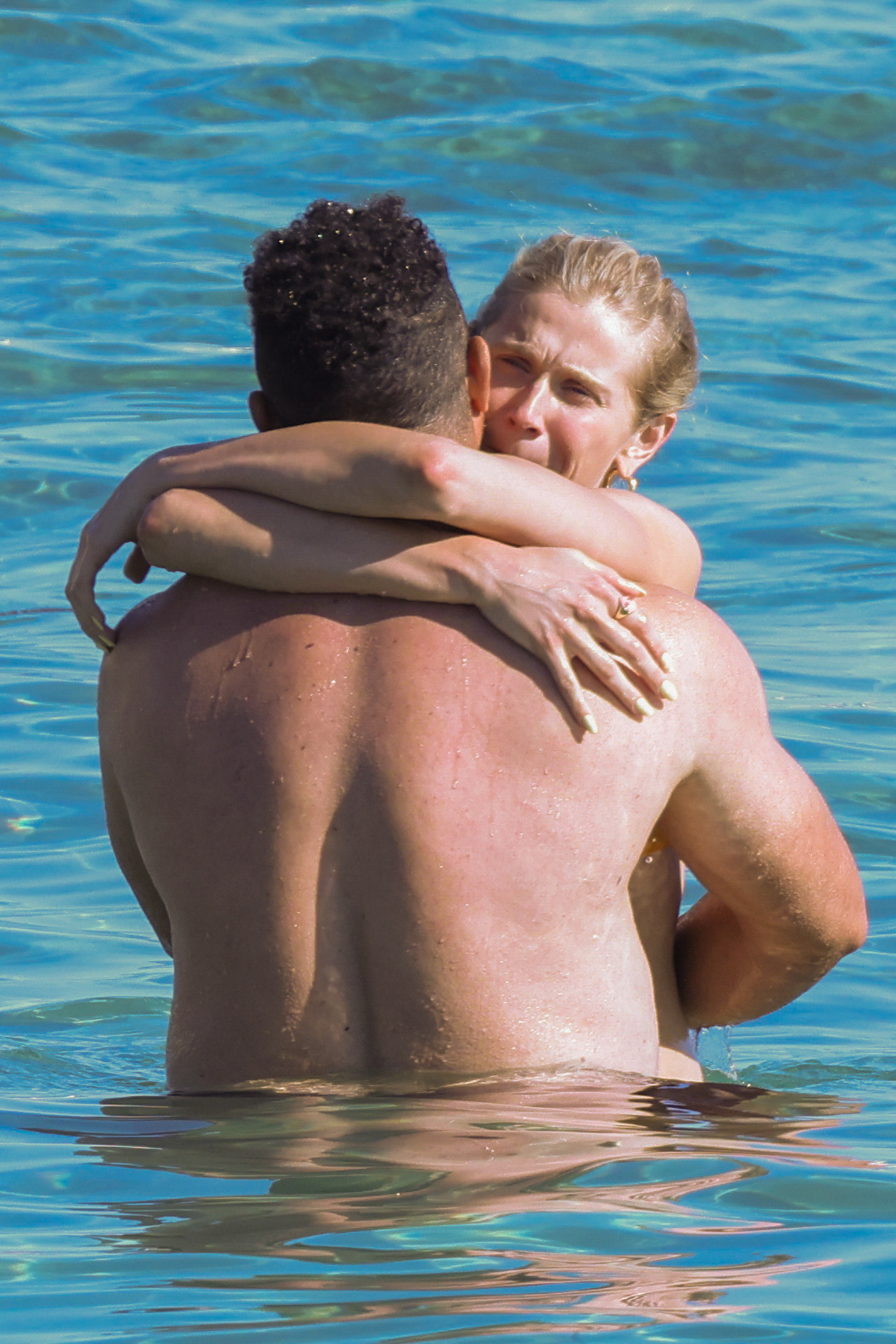 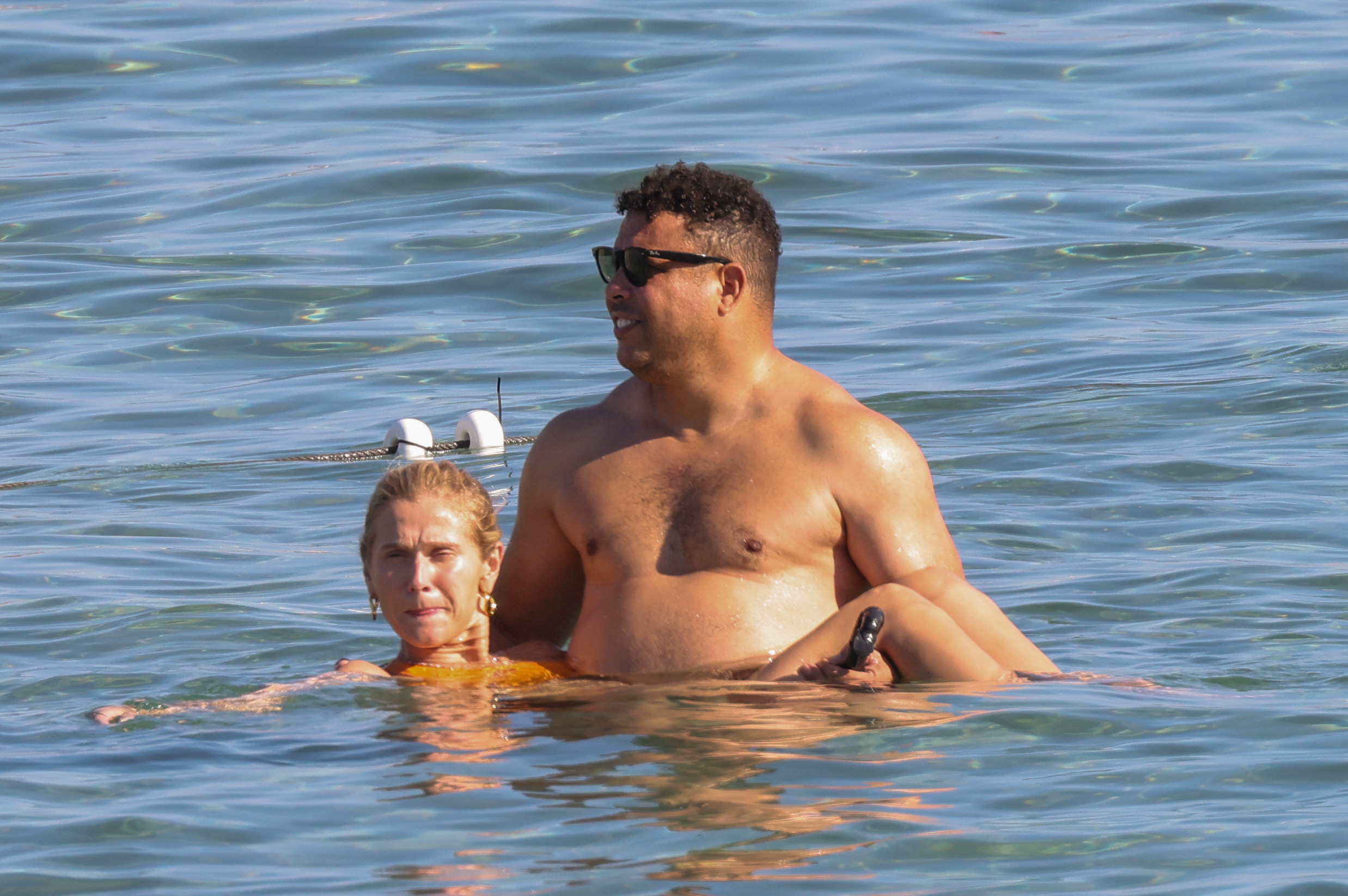 And the 45-year-old had no problem flaunting his fuller post-retirement physique.

The World Cup winner was spotted wearing long blue swimming trunks this past weekend as he frolicked in the sea with girlfriend Celina Locks.

Ronaldo, who was donning an expensive pair of sunglasses – looked happy as Larry as he and Locks – who looked radiant in a yellow bikini – cooled off in the sea.

The pair cuddled and kissed in front of several onlookers, although they clearly didn't have a care in the world. 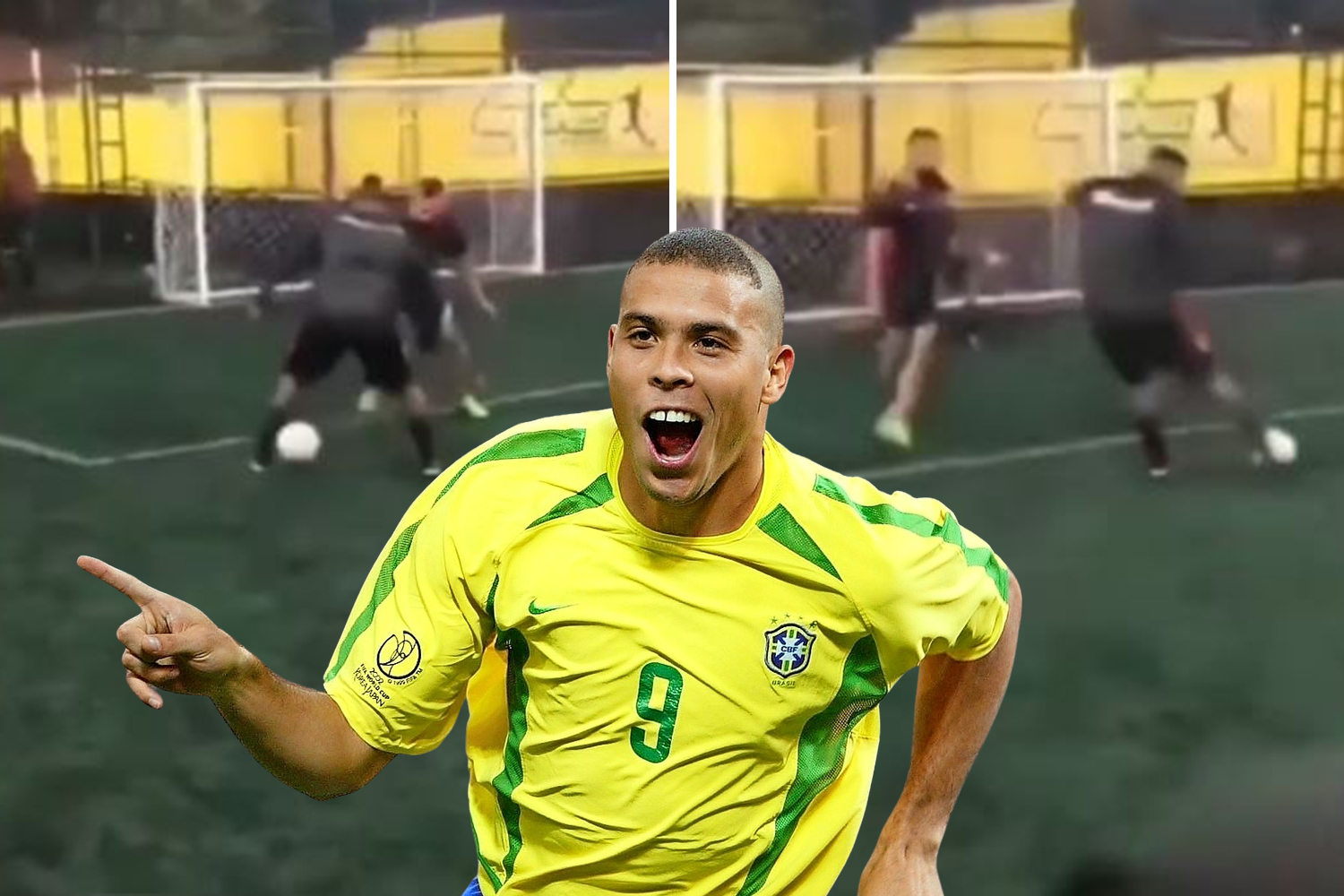 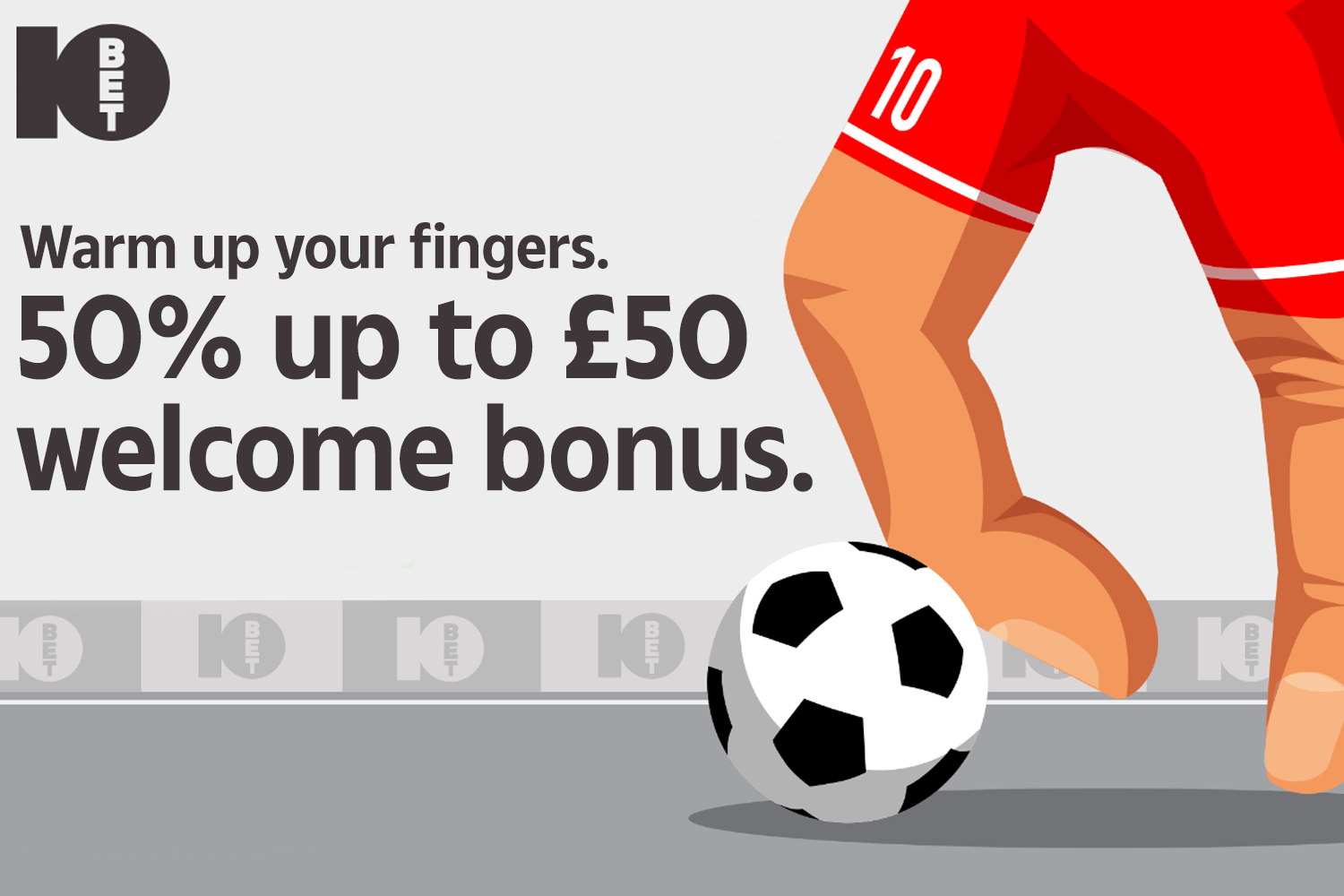 Ronaldo briefly swept Locks off her feet, carrying her as he waded through the water.

The pair looked the picture of happiness as they got up close and personal – so much so you wouldn't have been able to tell they were recently burgled.

The burglary reportedly took place while the couple was hosting Italy and Paris Saint-Germain ace Marci Verratti and his family.

Six men have been arrested in connection with the raid, in which large quantities of jewellery and other items were stolen.

Ronaldo is currently the serving president of Spanish outfit Valladollid, who were recently promoted back to La Liga.

The Brazilian celebrated Valladolid's return to the Spanish top flight by taking on the famous pilgrimage from the Jose Zorrilla stadium to the Santiago de Compostela in Galicia by bike.

After completing the staggering 125-mile journey, Ronaldo said: “A lot of sore muscles and pains, in my arse too. But it was worth it.

“I’ve thought a thousand things during these days.

"This year we have worked very hard with Valladolid and we achieved a return to Primera.”