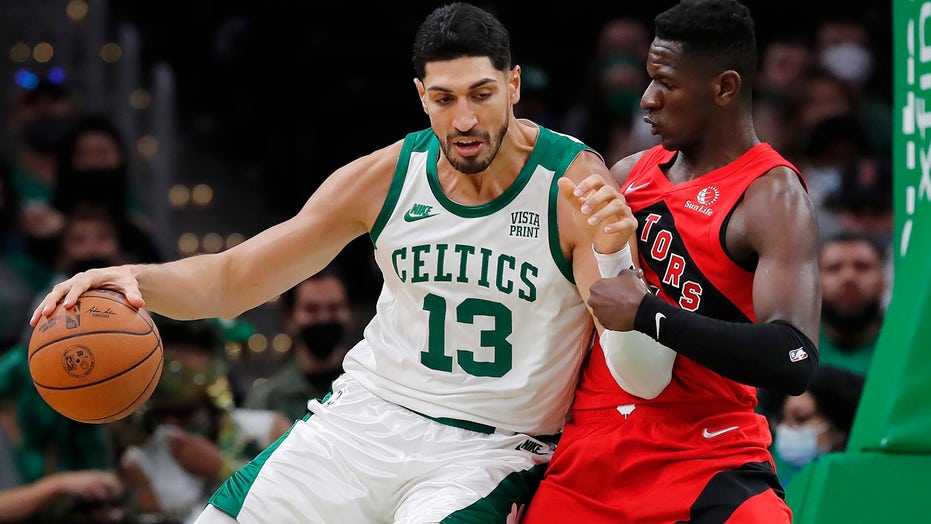 Kanter appeared to preview the new sneakers he will be wearing during Boston’s game against the Washington Wizards later Saturday night. The sneakers had three messages on them: “No Beijing 2022,” “Move the Games” and “No Rights, No Games.” 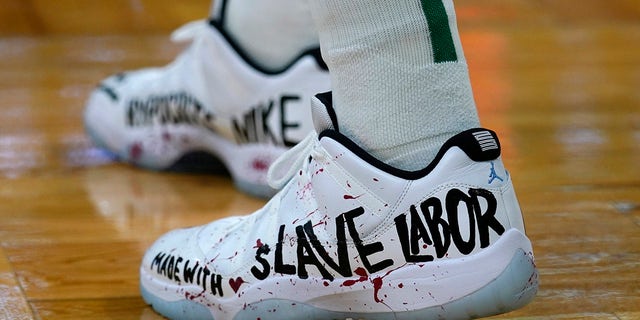 Boston Celtics center Enes Kanter displays a message on his shoes during the first half of an NBA basketball game against the Washington Wizards, Wednesday, Oct. 27, 2021, in Boston.
(AP Photo/Charles Krupa) 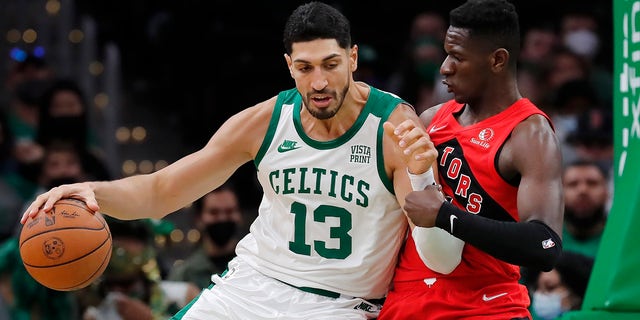 Boston Celtics’ Enes Kanter (13) moves against Toronto Raptors’ Isaac Bonga during the second half of an NBA basketball game, Friday, Oct. 22, 2021, in Boston.

He also re-extended an invitation to LeBron James and Michael Jordan, adding, “@KingJames @Jumpman23 you guys are welcome to come too. #EndUyghurForcedLabor.”

Included in the message were images of a pair of Nike “Jordan” collection shoes he had marked with the messages, “HYPOCRITE NIKE,” “MODERN DAY SLAVES,” “NO MORE EXCUSES” and “MADE WITH SLAVE LABOR.” 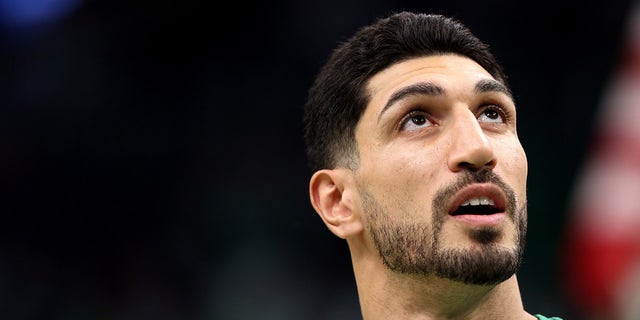 BOSTON, MASSACHUSETTS – OCTOBER 22: Enes Kanter #13 of the Boston Celtics looks on before during the Celtics home opener against the Toronto Raptors at TD Garden on October 22, 2021 in Boston, Massachusetts.
(Maddie Meyer/Getty Images)

Nike and the Jordan Brand did not respond to requests for comment.