CONOR MCGREGOR has teased WWE fans he could be set to appear at WrestleMania 37 after answering a cryptic tweet from Finn Balor.

And wrestling legend and WWE chief Triple H has already seemingly given it the green light. 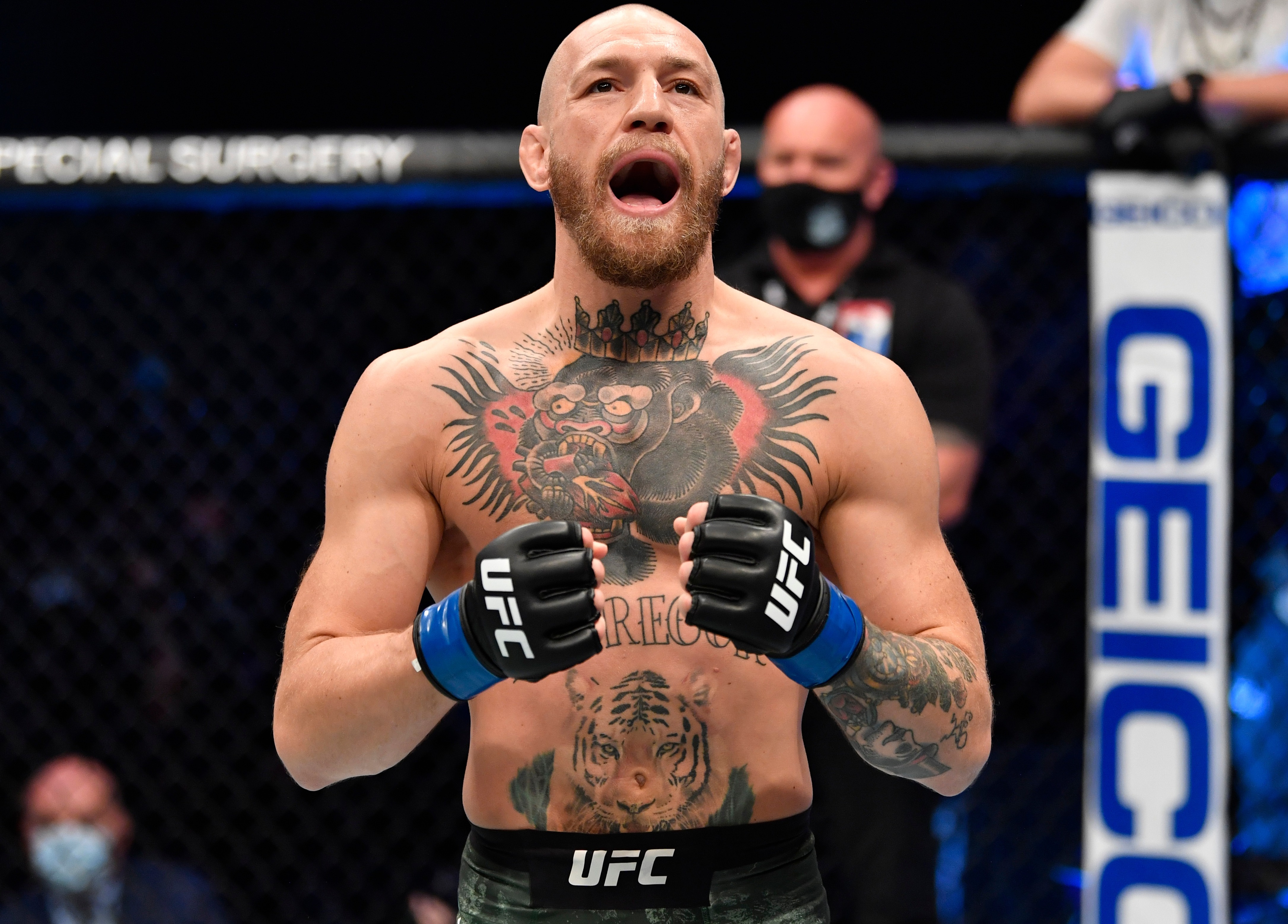 NXT Champion Balor started the conversation online as he tweeted a shot of three action figures standing inside a wrestling ring.

The Irishman had placed a suited Triple H in the middle with both himself and his UFC countryman either side of The Game.

Balor’s figure had his title in hand, while McGregor had two UFC championships.

McGregor did not take long to respond and his reply appeared to hint he would be up for swapping the octagon for the squared-circle on the Grandest Stage of All.

And then Triple H threw open the WWE doors to McGregor by responding: “Just say when.”

WrestleMania 37 will take place in Tampa, Florida over the weekend of April 10/11.

BOXING SPECIAL: GET CANELO TO BEAT YILDIRIM AT 20/1

McGregor has dropped hints in the past that he would like to compete in WWE in the future and even teased a Mania appearance alongside Becky Lynch two years ago.

However, the 32-year-old is currently aiming to bounce back from his shock defeat to Dustin Poirier at last month’s UFC 257.

That win saw fan favourite Poirier avenge his 2014 defeat to the former two-division champion, who knocked him out in just under two minutes at UFC 178.

A summer trilogy fight is already in the works with talks underway, although it's understood McGregor is eager to return to action in May – a month after Mania.