CRYSTAL PALACE are still looking for their next managerial appointment after the departure of Roy Hodgson.

And there's been a significant shift in the betting market with Frank Lampard no longer the odds-on favourite to fill the vacant position at Selhurst Park. 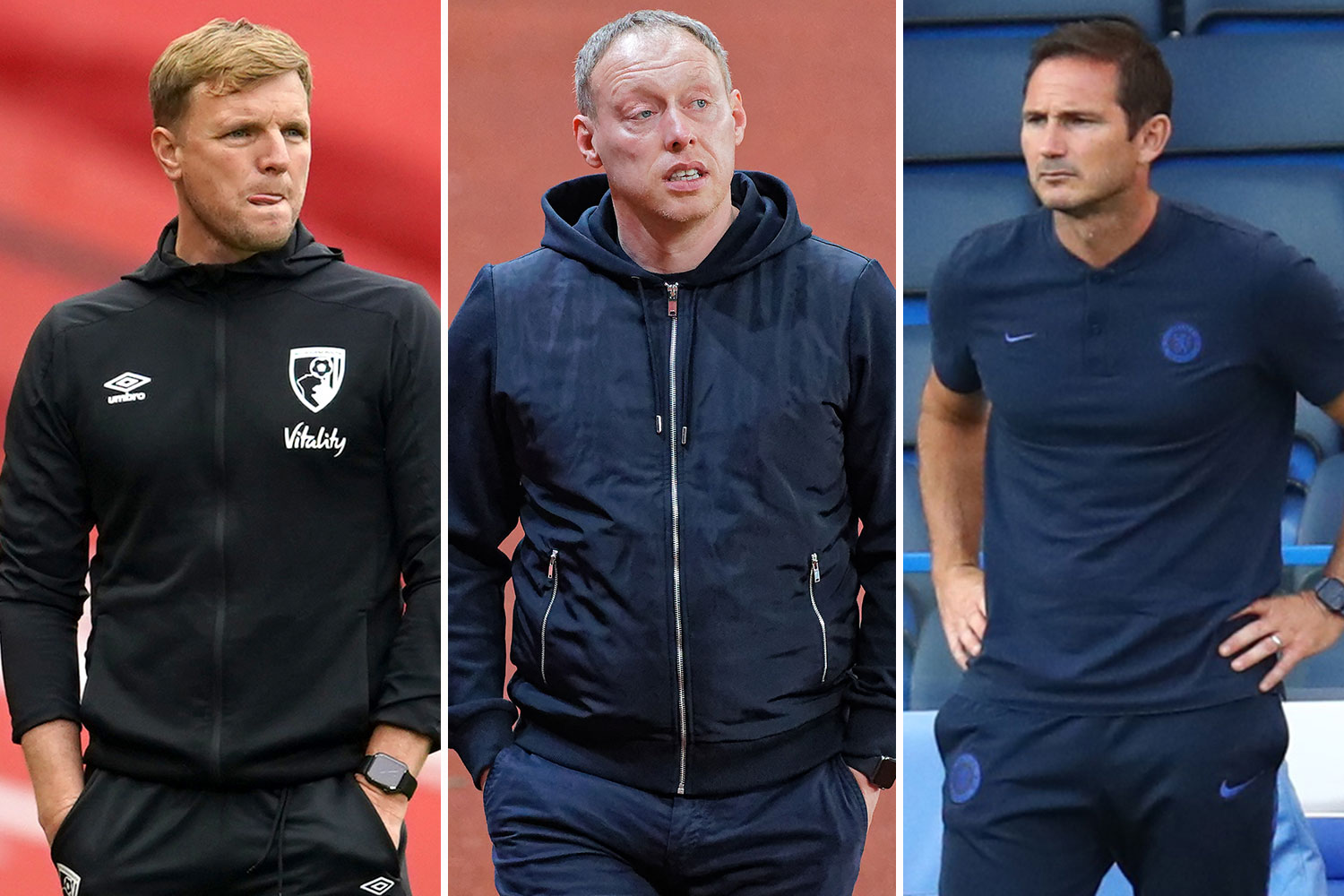 73-year-old Hodgson has been in charge of Crystal Palace since September 2017 – comfortably guiding the club to safety in each of his four campaigns.

But the veteran boss announced that the time was right to 'step away from the rigours of top-flight' football after a 45-year career in management.

Hodgson said: "After more than 45 years of coaching I have decided that the time is right for me to step away from the rigours of top-flight Premier League football.

"It's been a particularly rewarding period of my football life and career to have been able to spend these last four seasons with Palace.

"I feel now that at the end of another successful season, in which we have secured our Premier League status, the moment is right for me to step down from my responsibilities of being a full-time manager."

With Hodgson out of the picture and no less than 15 players out of contract on June 30 – chairman Steve Parish is looking for a long-term appointment.

Lampard remains the favourite with bookmakers Betfair, but his price has drifted markedly from 4/11 to 6/4 over the past several days.

He's now joined by Swansea manager Steve Cooper, who's been heavily backed into 15/8 from 5/1.

Cooper guided England Under-17s to World Cup glory in 2017 and has exceeded expectations at Swansea by leading them to the Championship play-off final.

Swansea's result against Brentford could perhaps decide whether 41-year-old Cooper takes the position at Selhurst Park.

Howe, 43, is eager to raid former club Bournemouth for three of his trusted members of staff and their elimination from the play-offs could accelerate his next move.

Burnley's Sean Dyche and axed Sheffield United boss Chris Wilder are next at 9/2 and 10/3 respectively with Scott Parker back at 12s.

Valerian Ismael of Barnsley is available at 16/1, Patrick Vieira is 17/1 and outsider of the field is Sam Allardyce at 19/1 after his decision to leave relegated West Brom.