The Gunners boast a 3-1 advantage ahead of the second-leg of the Europa League semi-final at the Mestalla Stadium. 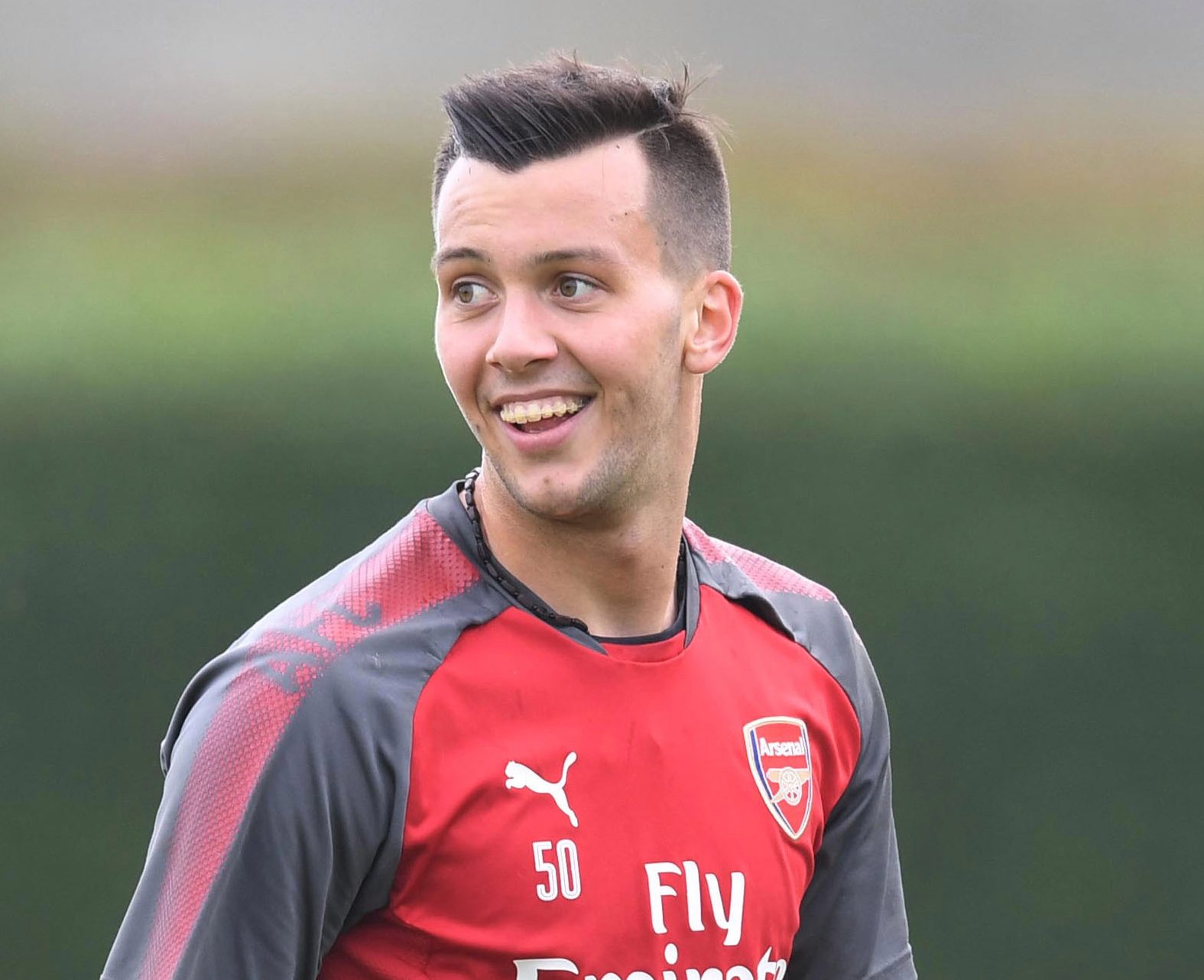 Arsenal announced the 21-man squad on Twitter, but fans were shocked to see that Unai Emery had included Iliev.

He is described as an "athletic and modern style" goalkeeper on the club website and he has made eight appearances in the Premier League 2.

But the former Macedonia Under-21 international has not yet made a senior appearance for Arsenal's first team.

The 24-year-old joined the Gunners from FK Belasica as a teenager, but spent two years on the sidelines injured.

After the team was named, one fan replied: "Who on earth is Iliev?"

But he is not expected to make the final cut as Petr Cech and Bernd Leno have also been named.

The 21-man squad was a cruel reminder for Arsenal fans that Aaron Ramsey's playing days are over.

He said his goodbyes at the Emirates on Sunday ahead of his summer switch to Juventus.

Arsenal won the first-leg after two goals from Alexandre Lacazette and last-gasp strike from Pierre-Emerick Aubameyang.

But after the win, Emery warned his players that the tie still remains in the balance.

He said: "It's not normal Valencia concede three goals. They are a very, very good team.

"And it is the reason I am very proud of our work but it's going to be very difficult.

"I still believe that the tie is in the balance, we know how tough it will be to beat Valencia again. And they will be looking to respond."