‘The Queen would make the tea and do the washing up herself’: F1 legend Sir Jackie Stewart recalls many happy hours spent with his great friend Her Majesty… and how she remained ‘as sharp as a needle’ during a recent visit before her sad passing

A guest arrived by helicopter at Sir Jackie Stewart’s Buckinghamshire estate. It was a few days before this year’s British Grand Prix and the Formula One grandee was too busy to greet his arrival.

Sir Jackie’s staff fretted, and buzzed him in his study, requesting his presence pronto. ‘I can’t come now,’ was the response. ‘I am on the phone to the Queen.’

The call completed, Sir Jackie went to meet the diminutive figure standing in his house, whose identity he had not been told of in advance. It was Tom Cruise.

How many sportsmen past or present could say they kept Hollywood royalty waiting because they were in conversation with the most famous woman in the world?

Only Sir John Young Stewart, just as he holds the unique distinction of hosting Her Majesty as guest of honour at his 80th birthday celebrations, held in June 2019 at the Royal Automobile Club on Pall Mall.

Not that her invitation was accepted when club chairman, Ben Cussons, wrote to extend the welcome. It was politely declined by the Palace secretariat, seemingly without being run by the monarch.

As chance would have it, Sir Jackie was shooting at Sandringham a little after the rejection had landed. ‘I’m sorry you can’t make my birthday party, Ma’am,’ Sir Jackie ventured. 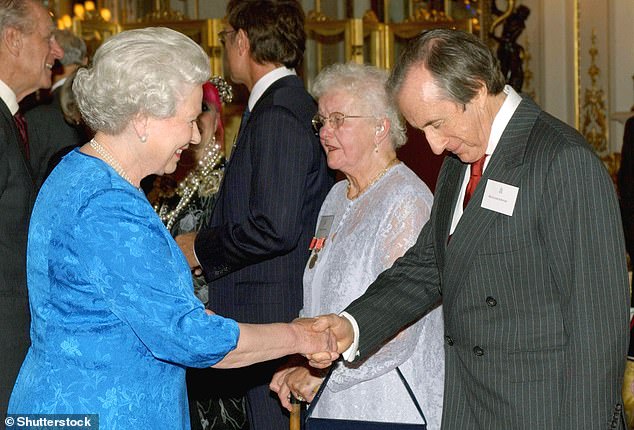 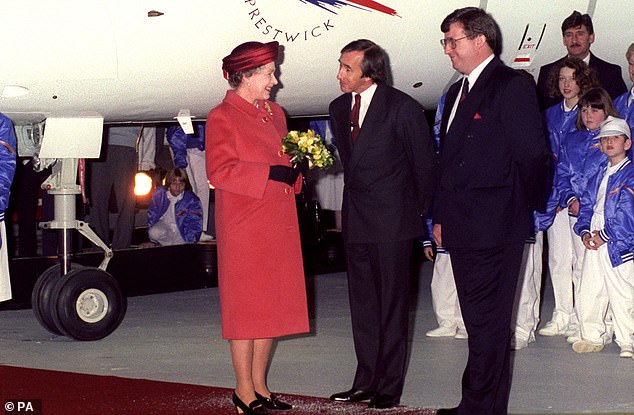 ‘What party?’ asked the Queen. She was told, checked her diary and accepted.

‘Her Majesty was the most remarkable woman I have ever met, sensational as a person,’ Sir Jackie rhapsodised on Friday from Clayton House, his home on an old game farm of the Prime Minister’s country retreat Chequers.

‘She didn’t much like cars. Horses were her love, as we all know, flat racing not the jumpers like her mother, and she adored spending time at her stables. So ours was an unusual relationship. But I saw her a great deal and funnily enough I was going to visit her in Balmoral in a couple of days to show her a film my son Mark has made about me.

‘I last saw her at Windsor a few weeks ago and she had a few difficulties walking then. She was using a stick. But she was still as sharp as a needle.’ 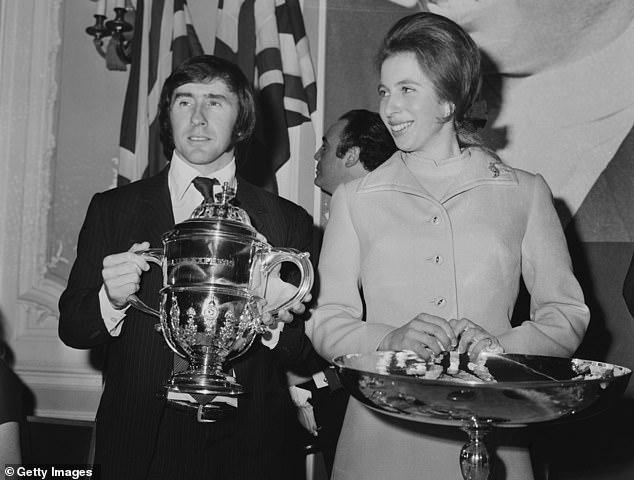 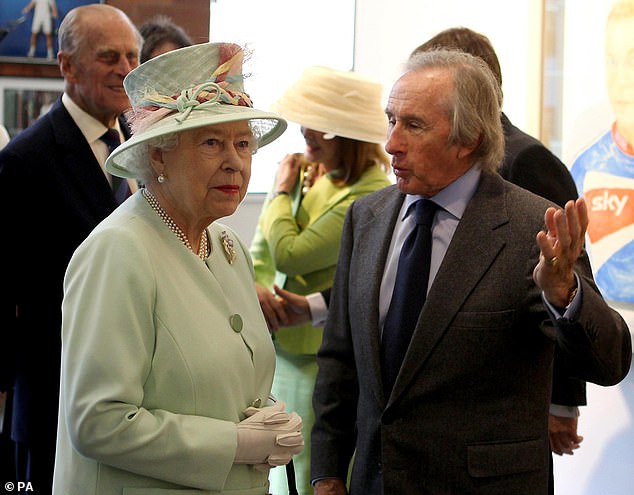 Queen Elizabeth II speaks with Sir Jackie Stewart as they view a portrait of the driver during a visit to the Scottish National Portrait Gallery in Edinburgh.

Sir Jackie, or plain Mr Stewart back then, got to know the Queen through his friendship with the Princess Royal, then simply Princess Anne, whose equestrian career highlights coincided with his own triumphs as a three-time world champion. They were both BBC Sports Personality of the Year winners. ‘The Queen was a great supporter of the princess and other way around,’ noted Sir Jackie.

It was while on a shoot at Windsor as Anne’s guest that he, a prize-winning member of the Scotland shooting team, who narrowly missed out on selection for the 1960 Olympics in Rome, first struck up a rapport with the Queen.

As host, she chatted to the guns, and so a friendship was born. They would meet informally over many years. ‘Often she would not have a single member of staff with her,’ said Sir Jackie. ‘She would make the tea and do the washing up herself.’ A few years ago, the Queen called in at Clayton House and was taken to an outbuilding, a well-appointed hideaway known as Helen’s Hut, named after Sir Jackie’s wife of 60 years. Near there, in that part of the 140-acre grounds, stand statues of stags and a Highland cow and calves. 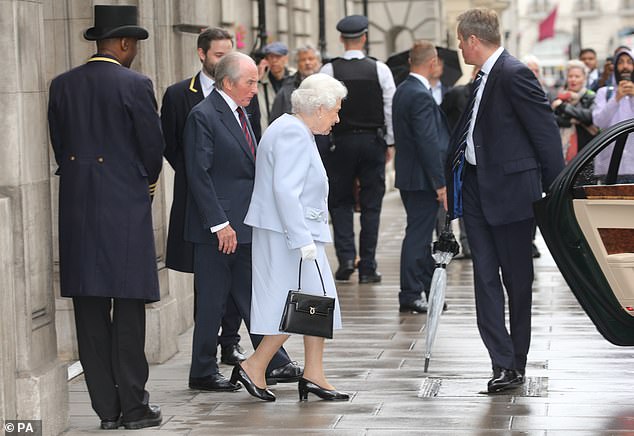 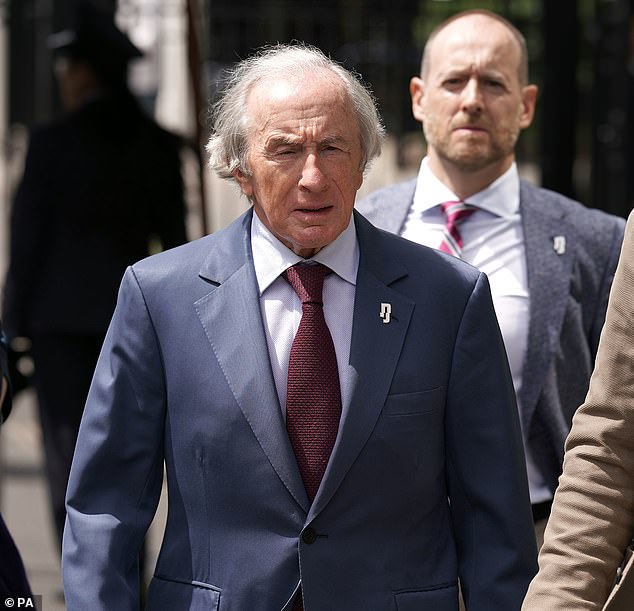 Taking in the scene, the Queen mused: ‘Why don’t we have these things in our garden, Philip?’

Her Majesty raised an eyebrow.

Sir Jackie introduced her to royalty, or at least facilitated relationships. One such figure was Salman, Crown Prince of Bahrain, whom he got into shooting.

After one early visit to Sandringham, the Crown Prince wanted to repay the Queen for her hospitality. What to buy her? He commissioned a larger-than-life bronze of Estimate, her Gold Cup winner ridden to victory by Ryan Moore in 2013. It stands at Sandringham. A smaller replica resides in Sir Jackie’s kitchen.

Another introduction was to Kiri Te Kanawa, the New Zealand opera star. 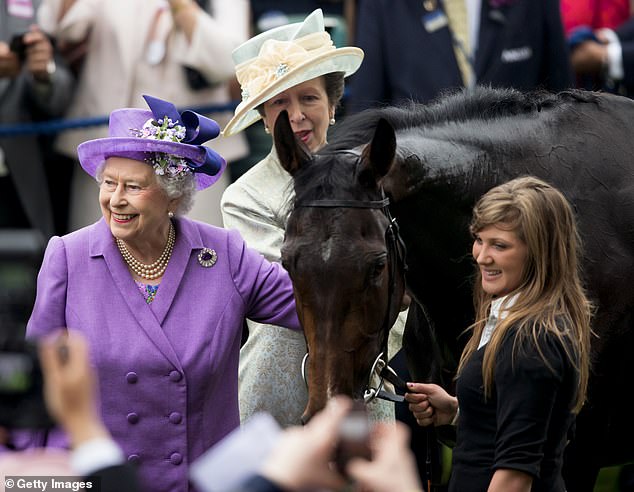 ‘I have met presidents of America and they all held the Queen in such high regard,’ said Sir Jackie. ‘They were heads of state but they were amateur compared to her, with her experience and personal strengths.

‘Even when she was greeting the new Prime Minister the other day in Balmoral, she looked radiant. I am told she did not suffer any pain as she passed.

‘She was a big Scot and she loved Balmoral more than any of her other houses. So when the time came it was the perfect ending as far as the Queen was concerned.’