Said Benrahma’s second half double looked to have sent the Hammers through from Group H on the night when Moyes was enjoying his 1,000th game as a manager. 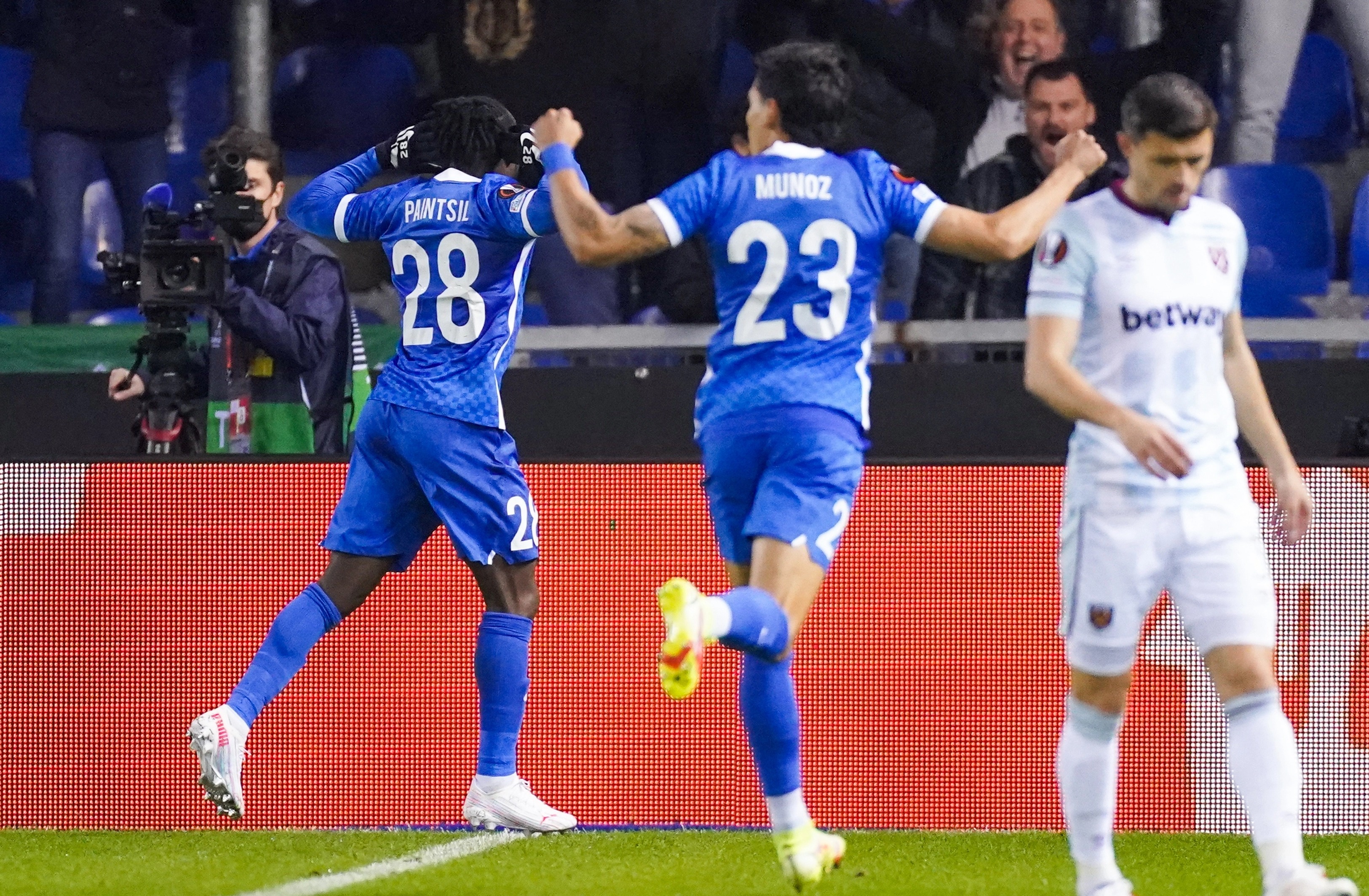 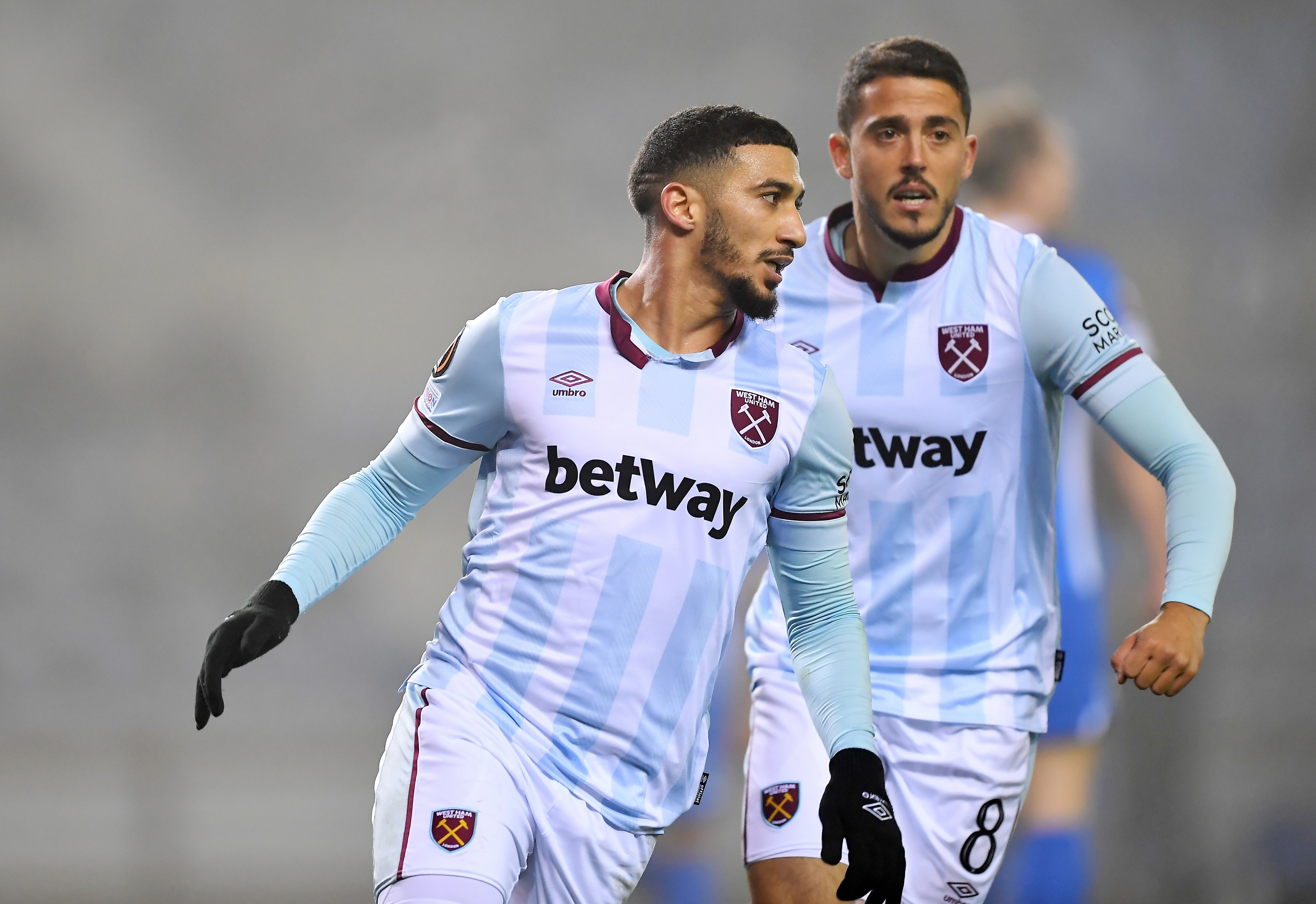 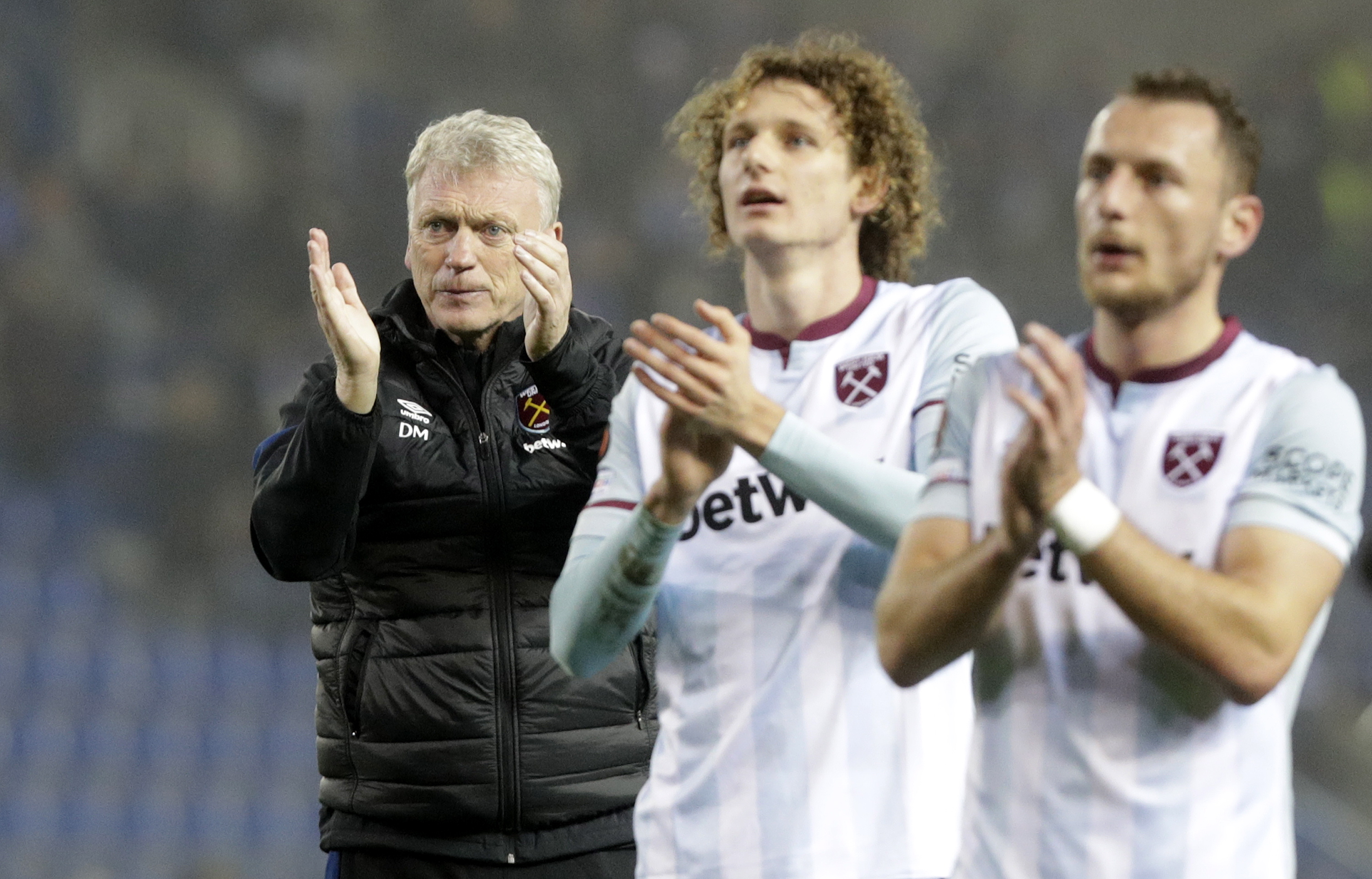 But Soucek was left holding his head in a heap after sending a bullet header into his own top corner four minutes from time meaning West Ham still have to get over the line in their final two group games.

Moyes challenged his side to become the first English side to win their opening four Europa League group stage matches without conceding a goal.

But those hopes disappeared up in smoke within four minutes as Genk opened the Hammers defence up to take the lead.

Junya Ito took out three players with a turn inside his own half before sliding a pass down the side of Issa Diop who laboured to intercept, allowing Joseph Paintsil in to fire home in off the far post.

No team this season caused West Ham as many problems as Genk did in a torrid opening half hour where they simply overran the midfield. 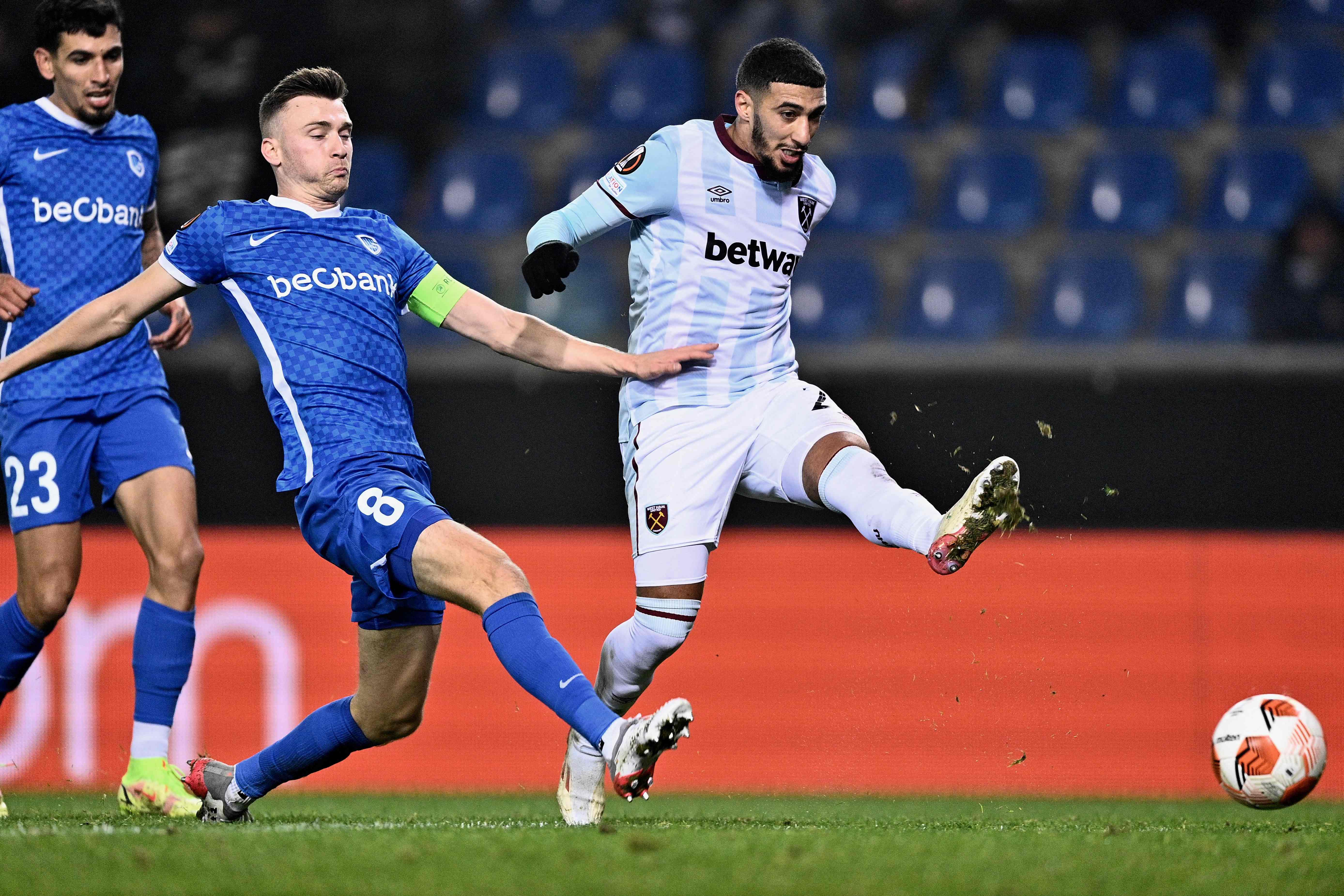 Captain Mark Noble was born a year before Genk were even formed in 1988, and his lack of mobility and a shocking display from Arthur Masuaku left gaping holes every time the home side went forward.

But fortunately for Moyes and his side they avoided going two or three goals down purely due to the wasteful finishing of their hosts.

Striker Paul Onuachu headed straight at Areola from six yards before Ito dragged a shot wide with an empty net gaping in front of him.

Then when Areola had to fling himself full-stretch to his left to turn away another Paintsil effort from heading into the top corner, the Hammers looked a rabble and there for the taking.

But they dug deep into their resolves to gradually start to gain control of possession, and Benrahma was denied an equaliser from close range by keeper Maarten Vandevoordt.

Then only a desperate goalline clearance from Patrik Hrosovsky prevented Declan Rice from touching home after Michail Antonio’s shot had squirmed past Vandevoordt. 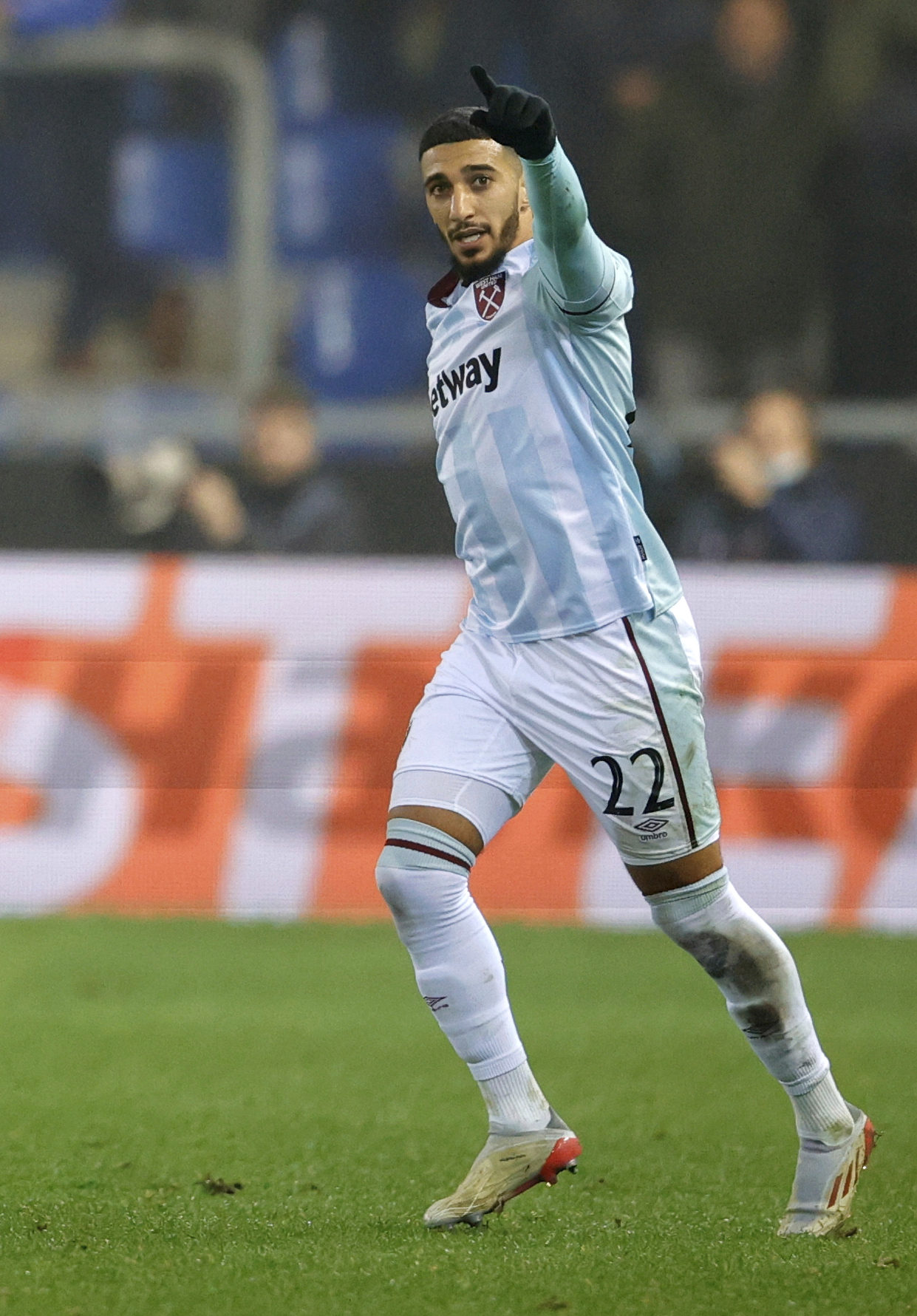 That control became dominance for the majority of the second half, and it was only a matter of time before West Ham levelled.

Benrahma started and finished the move as Manuel Lanzini released Vladimir Coufal to cross low where the Algerian fired low into the net.

Lanzini and Coufal then both went close to shooting the London club into the lead, before Benrahma stepped up to the plate. 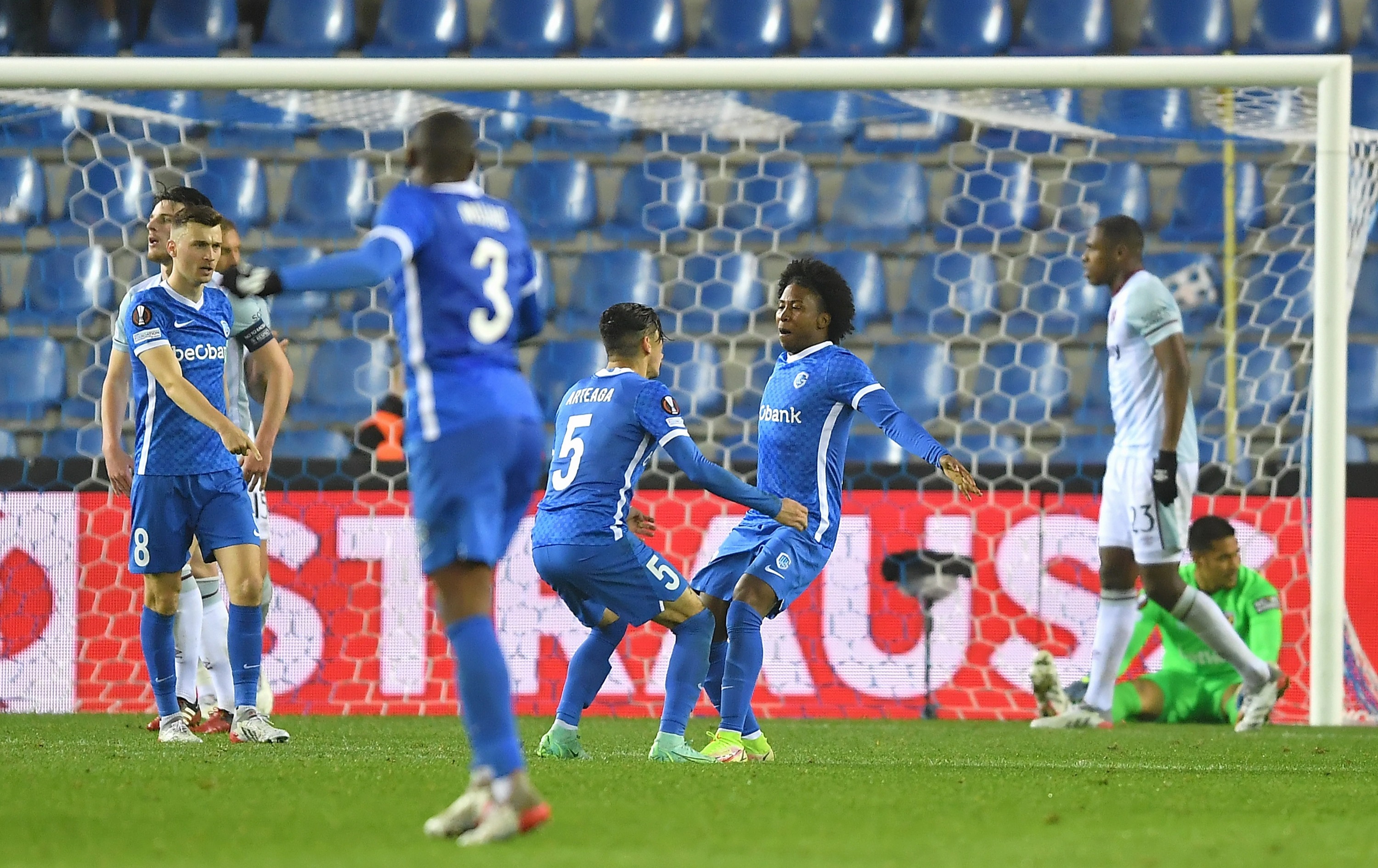 The forward jinked his way past John Lucumi into the area cutting in from the left and prodded his effort low into the net on 82 minutes.

That should have been that and a place in the knockout stages sealed – but four minutes from time disaster struck.

Genk sub Angelo Preciado’s cross looked to be innocuous but Soucek’s attempt to intercept only skidded off his head into the top corner.