Christie, 28, is the daughter of American Nicklaus' son Jack but her new husband's name caused quite a stir this side of the pond. 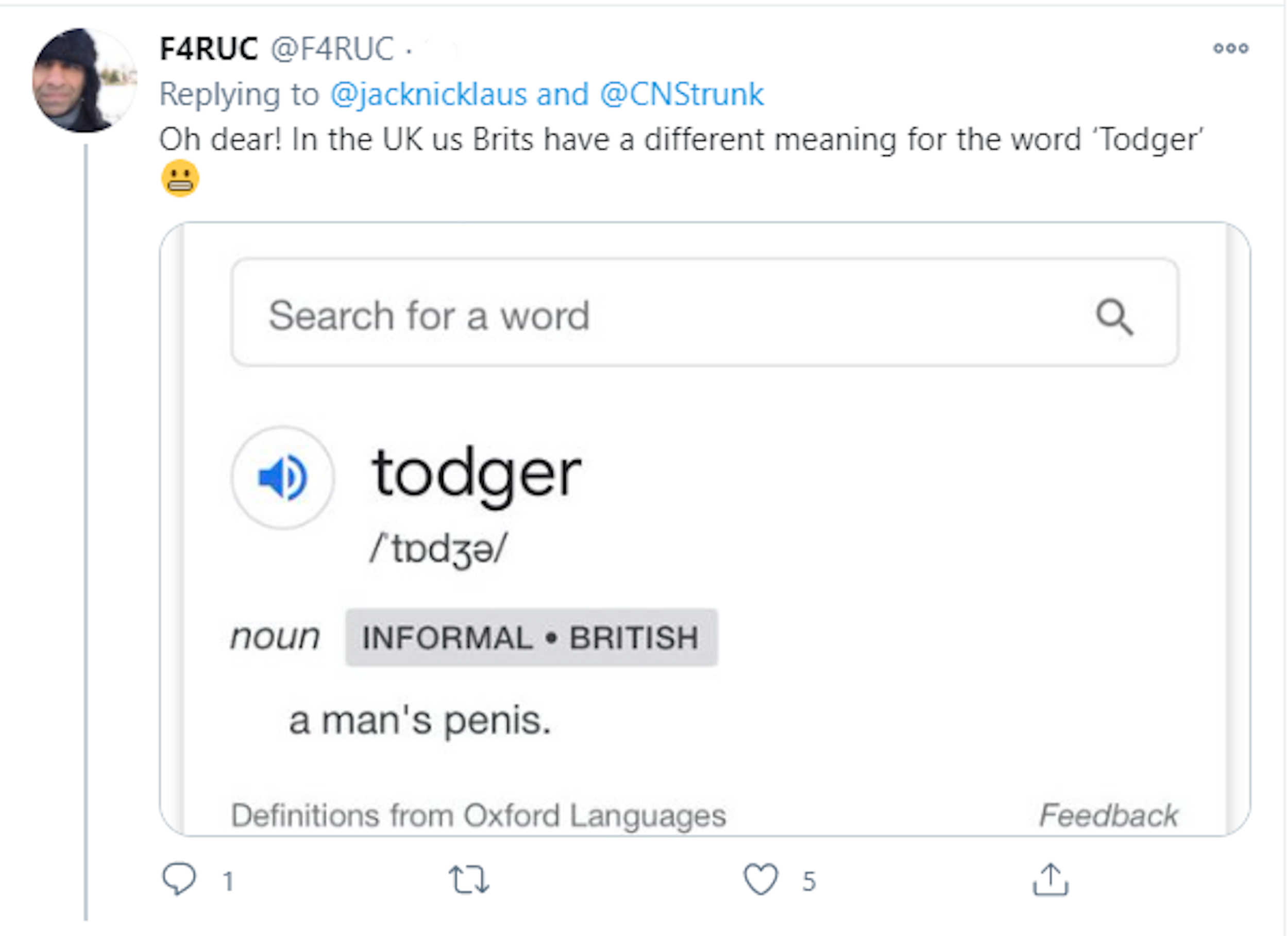 Nicklaus, 80, tweeted the news and congratulated the happy couple but was seemingly blissfully unaware that his new grandson-in-law's name is British slang for the word penis.

"What a beautiful wedding and an even more beautiful couple!

"They look like they were made for each other.

"Barbara and I wish them happiness and love for an eternity!"

The 18-time major winner received quite a response on social media, something he can't have been expecting.

One user wrote: "That may be the single worst name in existence."

Another added: "I'd have collapsed at 'Do you take this Todger..?'"

While Sky Sports football commentator Gary Taphouse joked: "Do you take this Todger, to have and to hold?"

One person pointed out just one of the many awkward situations Nicklaus could find himself in by saying: "When he plays a good shot at golf does Jack say 'nice Todger'. That would be a weird thing for a father in-law to say. "

Others warned the new Mr and Mrs Todger Strunk not to put the UK on their travel list, with Twitter user Tim saying: "Todger, me old mate, you must NEVER go to England."

Some fans even pointed out the surname Strunk was very close to shrunk and when paired with the name Todger…well, you get the rest.