Have it! Pep Guardiola BOOTS water bottle into Leeds dugout by mistake

Have it! Pep Guardiola BOOTS water bottle in anger – only for it to fly into Leeds dugout – with instantly mortified Manchester City boss sprinting over to apologise in hilarious incident

Pep Guardiola showed the exact opposite of the poise and control of his team at Elland Road – booting a water bottle into the opposition dugout, much to his embarrassment.

The Manchester City boss reacted furiously to a missed chance late on in the 3-1 win over Leeds, kicking the water bottle on the ground next to him.

To the Spaniard’s dismay, it flew straight towards the Leeds dugout in the direction of the home coaching staff. 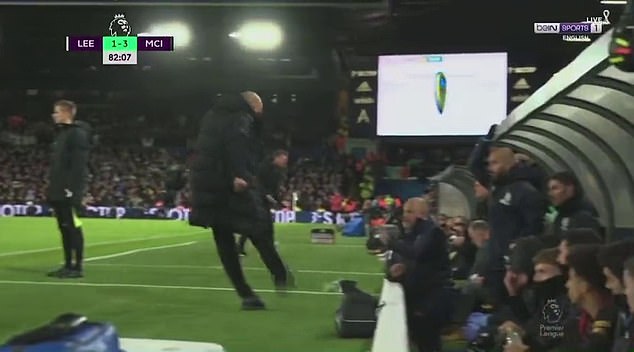 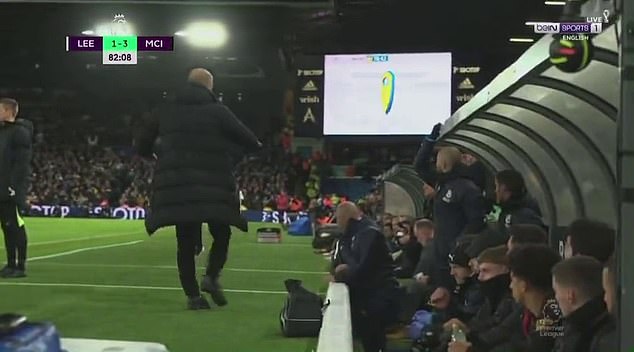 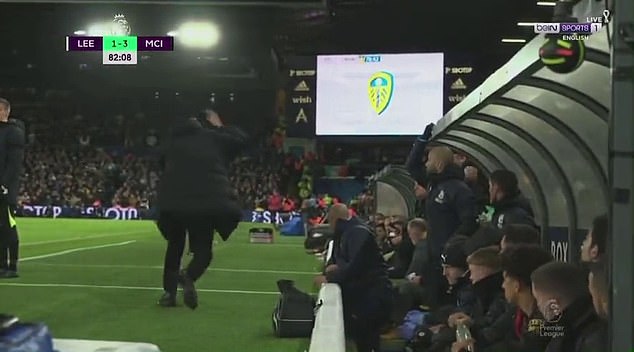 Mortified, Guardiola sprinted across to immediately apologise and make clear it was an accident.

The right foot doesn’t appear to be as cultured as it was in his playing days for Barcelona but it seems all was forgiven.

Prior to kicking the plastic bottle, he’d thrown another one onto the ground, wildly reacting despite his side’s dominance. 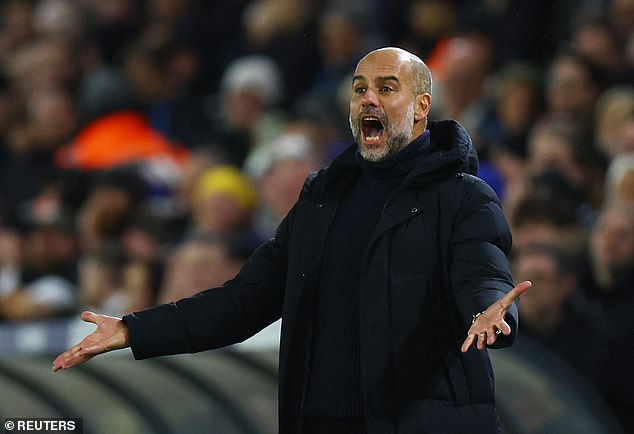 Erling Haaland netted twice and could have had even more, with Rodri scoring the opener and Pascal Strujik heading in a consolation goal.

City are chasing down Arsenal at the top of the Premier League and have now cut the deficit to five points.

Next up for the champions is a home clash against Frank Lampard’s struggling Everton side, while the Gunners face a trickier game away at Brighton before they face Newcastle at home. 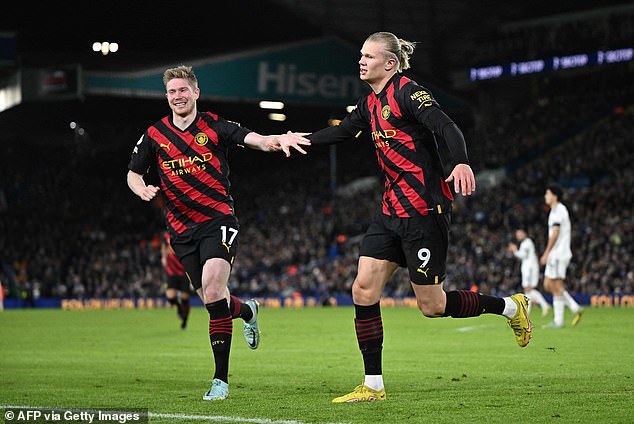