REVEALED: Tragic ex-Arsenal star Jose Antonio Reyes ‘was travelling at 147mph on the motorway when he hit a concrete block, puncturing a wheel and flipping his car which then burst into flames’

Jose Antonio Reyes died after losing control of his Mercedes when it punctured while he was doing 147mph, it was reported on Monday.

Spanish sports daily Mundo Deportivo said a preliminary police report into the accident pointed to a blowout as the former Arsenal star was going at more than 70mph above the speed limit as the probable cause of the accident that killed him and a cousin.

It also reported he had not driven the vehicle, one of a fleet of high-powered cars he owned, for several months and the tyre pressure was not what it should have been. 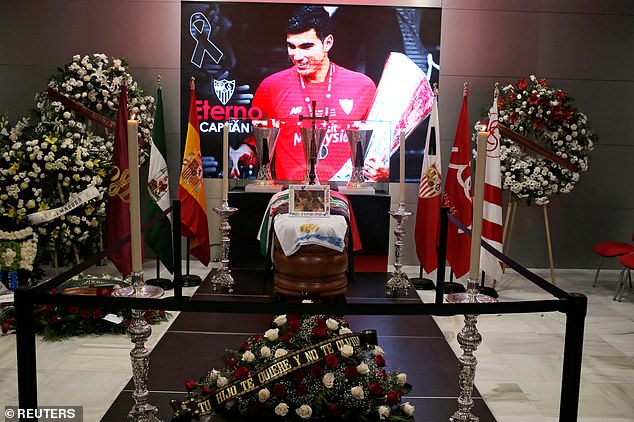 The coffin containing the body of Spanish footballer Spanish footballer Jose Antonio Reyes, who died aged 35 in a traffic accident, seen at his wake at Ramon Sanchez-Pizjuan stadium in Seville, Spain in advance of his funeral on Monday 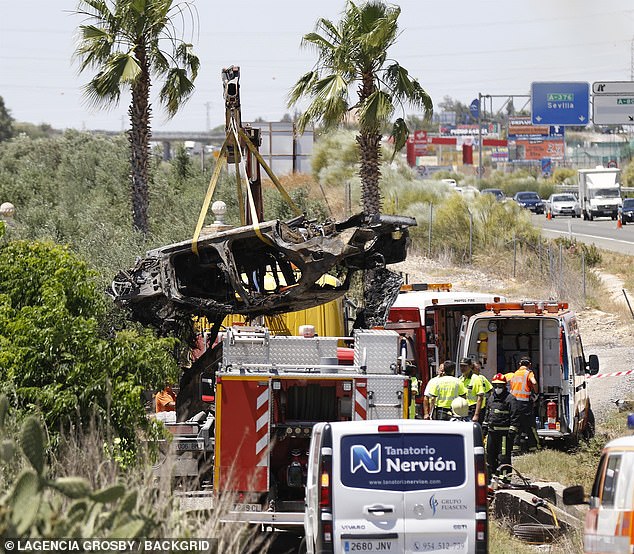 Reyes’ Mercedes S Class, pictured, was completely destroyed after it rolled over and burst into flames after leaving the road. A police report said he was driving 70mph over the limit 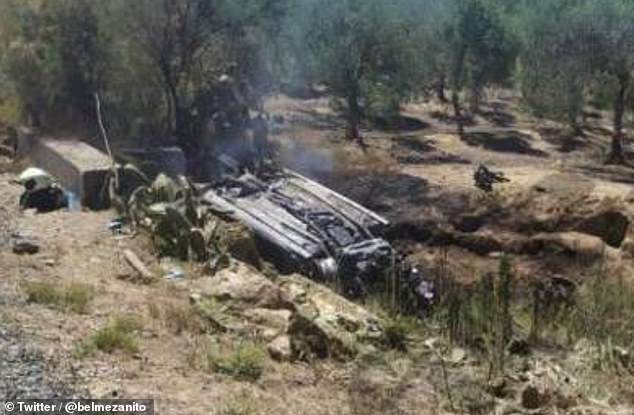 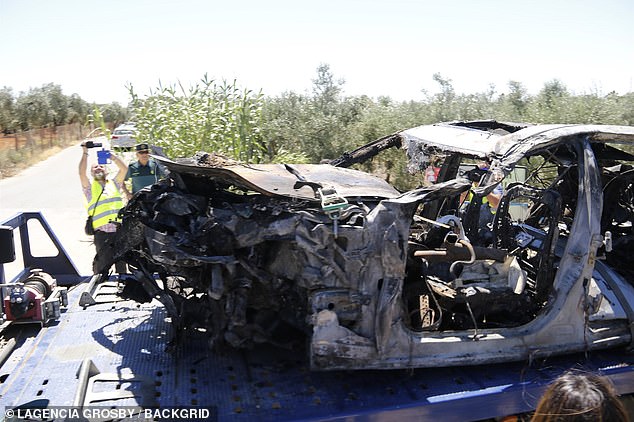 The 35-year-old footballer and Jonathan Reyes, 23, died instantly after the Mercedes Brabus S550V went off the A-376 motorway just before midday on Saturday near the town of Alcala de Guadaira close to Seville.

The vehicle is thought to have hit some concrete blocks by the side of the motorway before flipping over and bursting into flames.

Another cousin of dad-of-three Reyes, named as Juan Manuel Calderon, was initially reported to have died although it later emerged he had managed to get out of the charred vehicle and had been rushed to hospital in Seville with serious burns.

Local paper Diario de Sevilla, which said the vehicle had become a ball of fire, reported on Saturday well-placed sources had said they thought Reyes may have been driving at around 120mph, some 50mph over the speed limit.

The footballer was returning with his two passengers after a training session at Extremadura, the club he was playing for, to his home in his native Utrera near Seville. 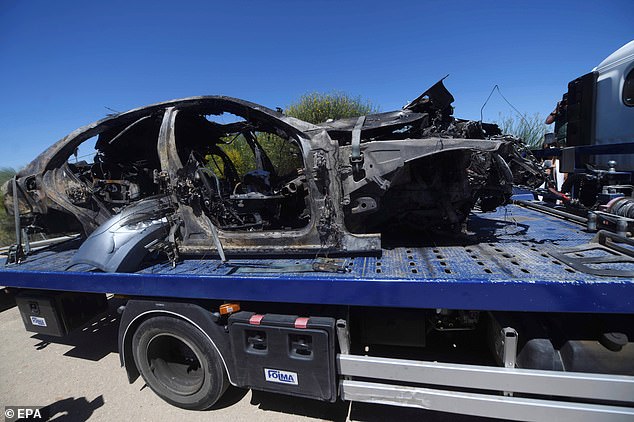 His funeral is taking place on Monday morning at Santa Maria Church in Utrera after an overnight wake at the town hall.

Reyes’ eldest son penned an emotional tribute to his dad after his shock car crash death.

Jose Reyes Lopez, the former Arsenal star’s only child with former partner Ana Lopez, posted a picture of his father late on Saturday night with his arm round him alongside a message in Spanish which said: ‘This is the last moment we spent together dad.

‘That day you gave me advice as always, but today you have gone and are not coming back and it is a very difficult day for me.

‘I was and always will be very proud of you daddy. 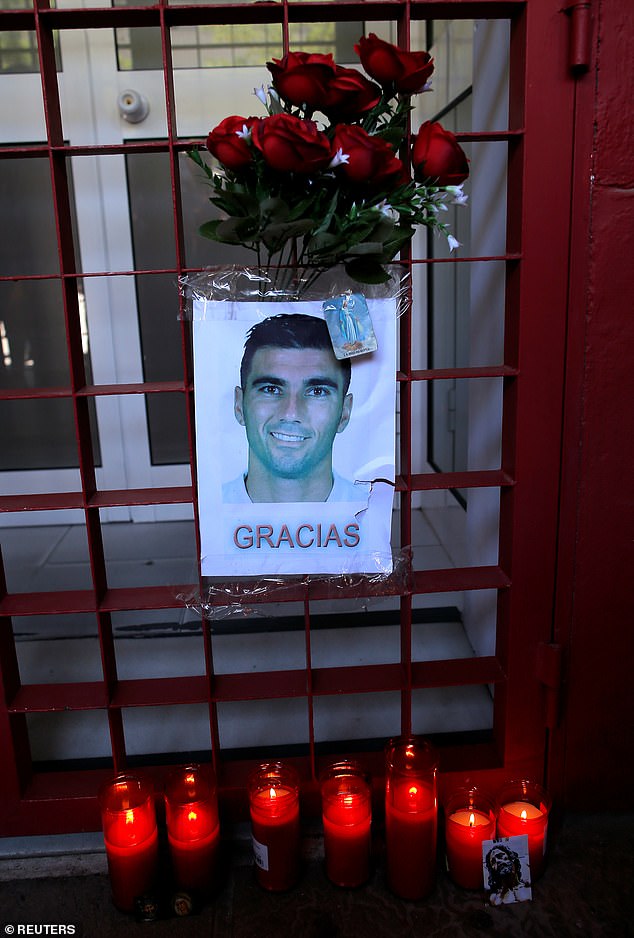 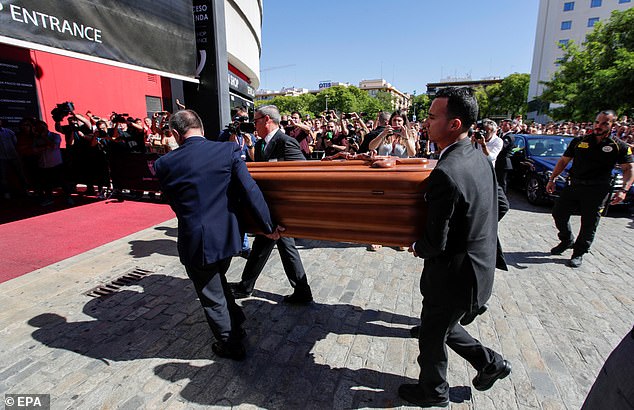 ‘We didn’t spend all the time we would have liked to together but only you and I know how much we loved each other.

‘I know you will look after me from Heaven and I am never going to forget you. I love you dad.’

The youngster, one of Reyes three children with two different women, added: ‘Thanks to everyone for the messages of support I’m receiving.’

Well-wishers responded by offering the 11-year-old their condolences. 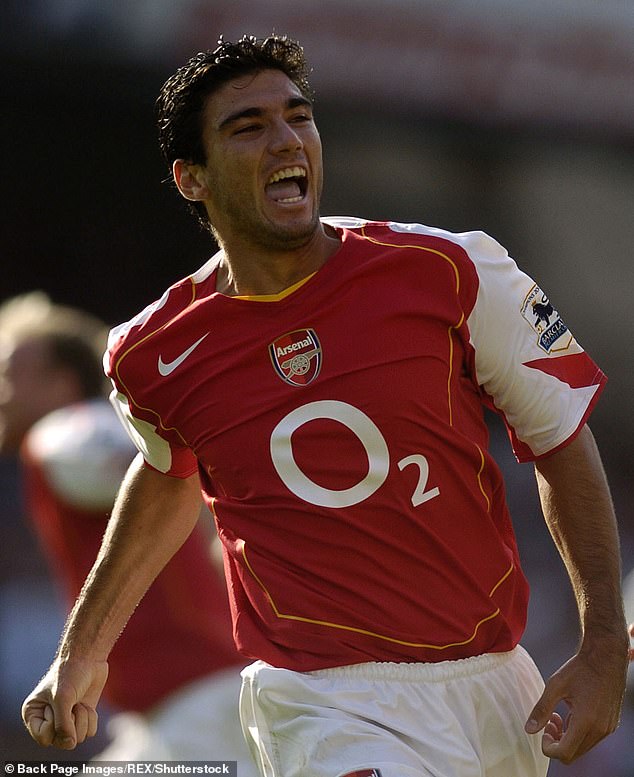 Reyes pictured during his time playing for Arsenal, where he won the Premier League

Retired goalie Santiago Canizares, who played with Reyes fro Spain, criticised Reyes for driving at high speed over the weekend.

‘There were victims in the accident apart from the driver. He does not deserve a tribute as if he were a hero.

‘But that does not mean I regret what happened and I pray for their souls.’