Kinsey Wolanksi marked the second anniversary of her infamous Champions League final streak with a mischievous snap – of Spurs' Harry Winks staring at her lightly-clothed body from close-shooting range. 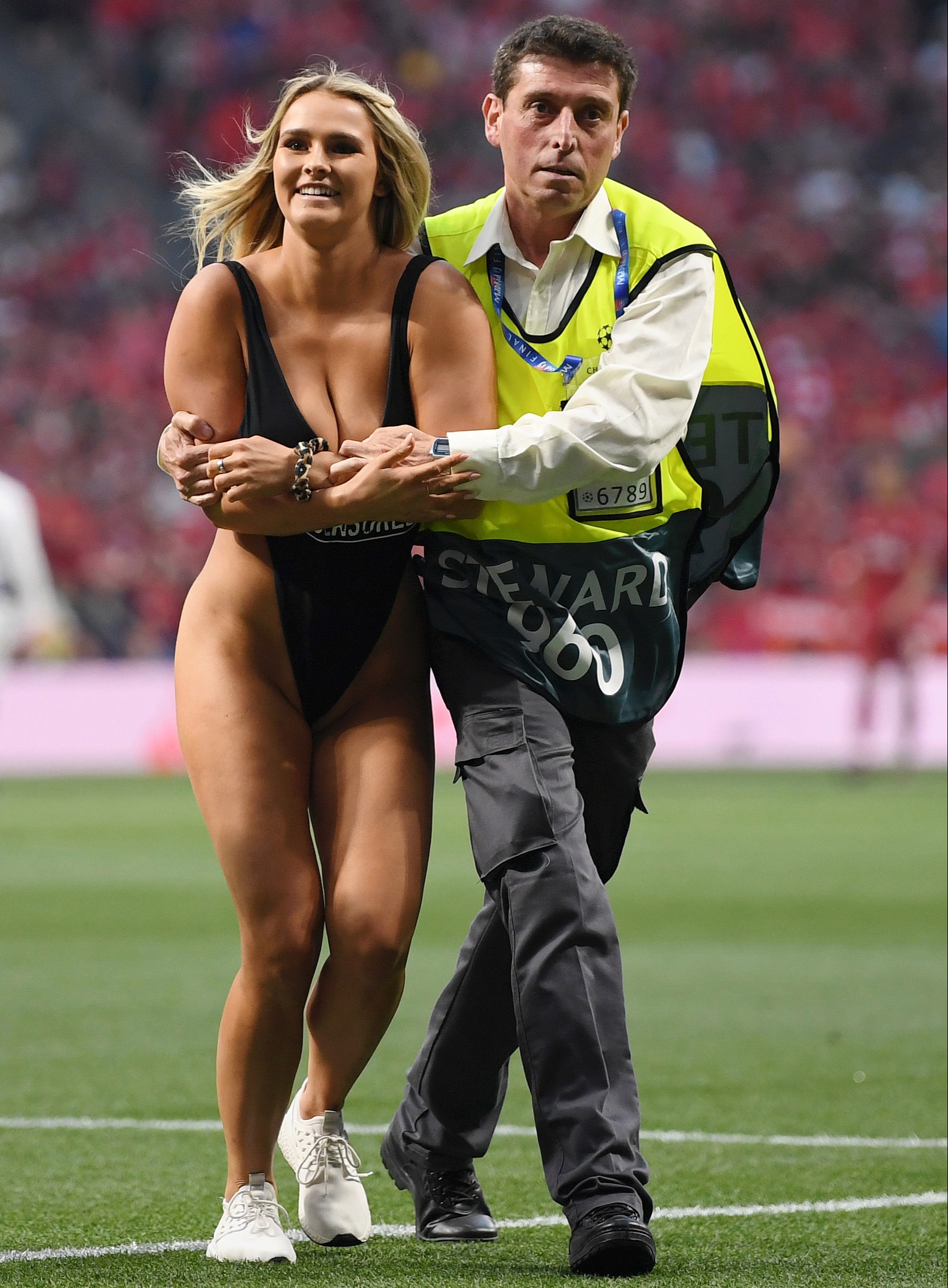 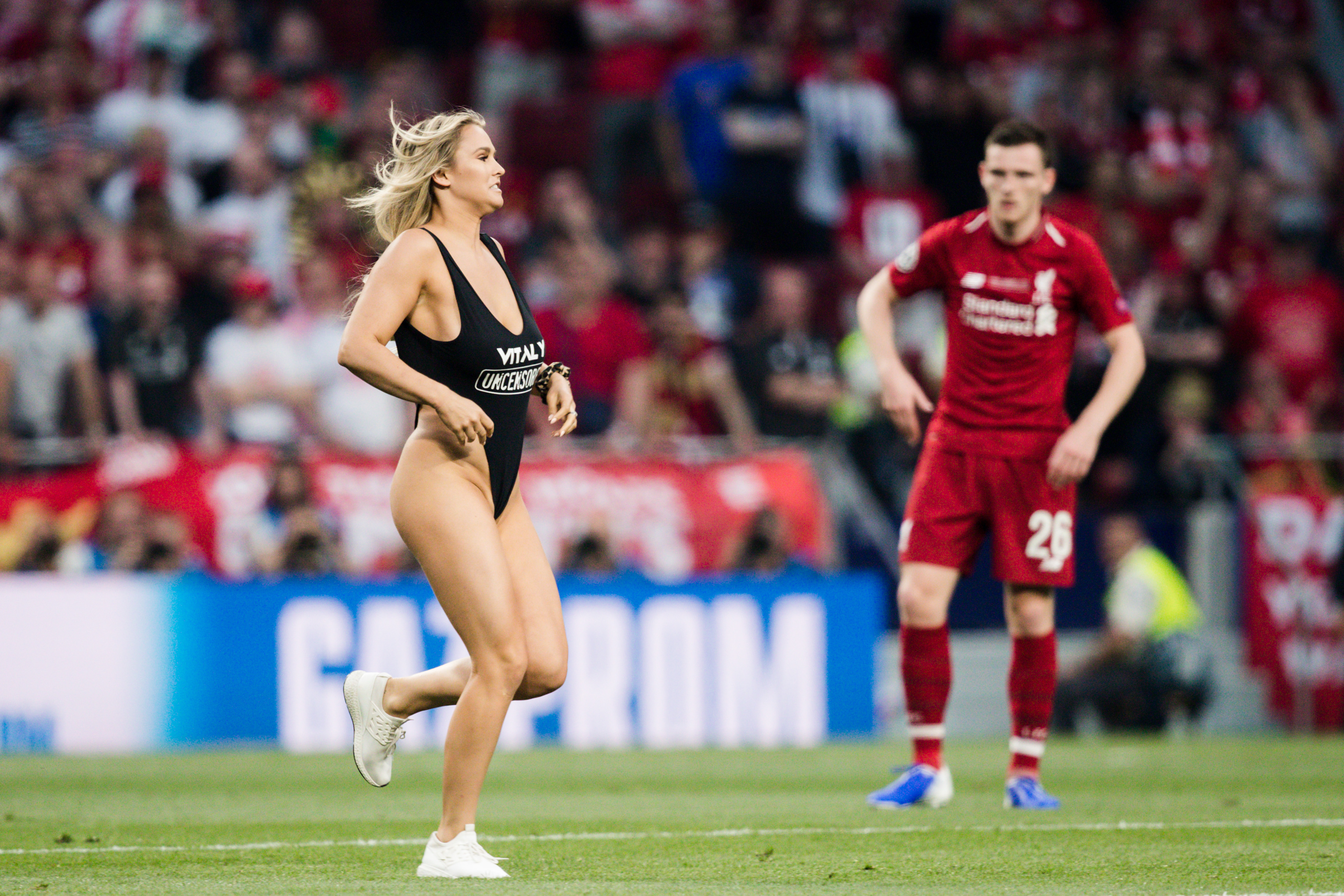 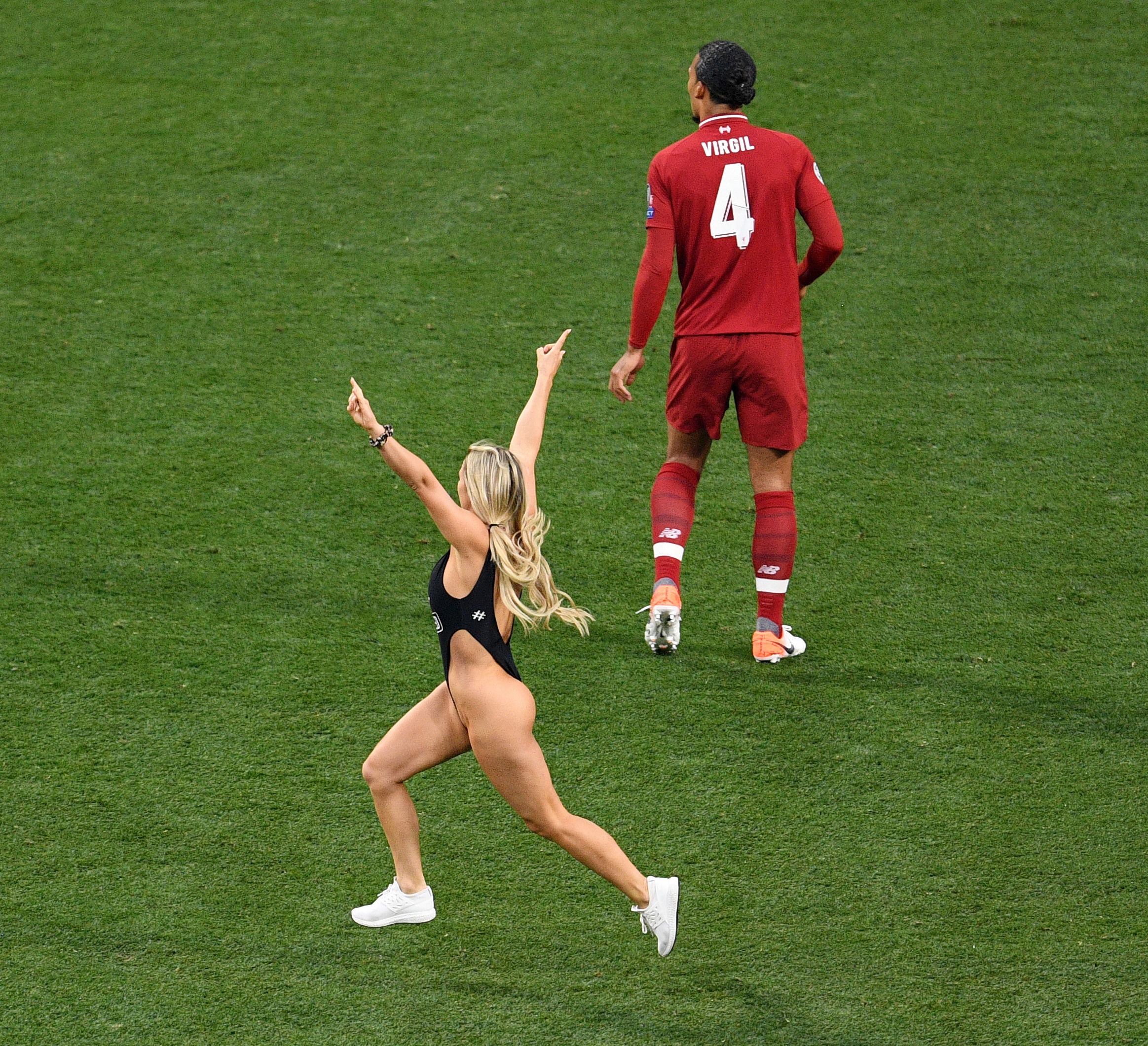 American influencer Kinsey spent five hours in jail over her antics in Liverpool's 2-0 win, which sent her Instagram following soaring past 2million.

And two years late the prankster has given Winks and Co a reminder of her most notorious stunt with a social media post recalling her two-minute reign in Spain.

She selected a picture of a steward guiding her off, with his arms round her backless one-piece costume.

Looking right on just a couple of yards away was midfielder Winks.

But unfortunately for him he spent most of the rest of the match having 40 Winks rather than being Naughty Winks as dozy Tottenham were outplayed.

And in fact his moment with Kinsey was about as close as he got to the action all night as Liverpool won at a canter.

Alongside the flash-back snap, Kinsey wrote: "2 years ago today….. time flies when you’re having fun."

In contrast for Winks, his career (so far) peaked just before that peak.

And now the 10-cap star has lost his Spurs place, as well as missing out on a Euro 2020 squad place with England.

Kinsey, meanwhile, claims she is shocked by the way her life has been transformed by that evening.

Two months ago she told Names Magazine: "I definitely wasn’t prepared for what was to follow that game.

"But going into it I was excited to push things to the limit and see where it would go as I love living life to the fullest!

"I’m very thankful for that experience as it grew my platform that I now have to share and connect with a wider audience across the world."

Spurs, though, are unlikely to have such wholesome memories of the night.

Their performance was an anti-climax and boss Mauricio Pochettino was axed five months later.