Lamar Odom 'extremely disappointed' to be deactivated in BIG3 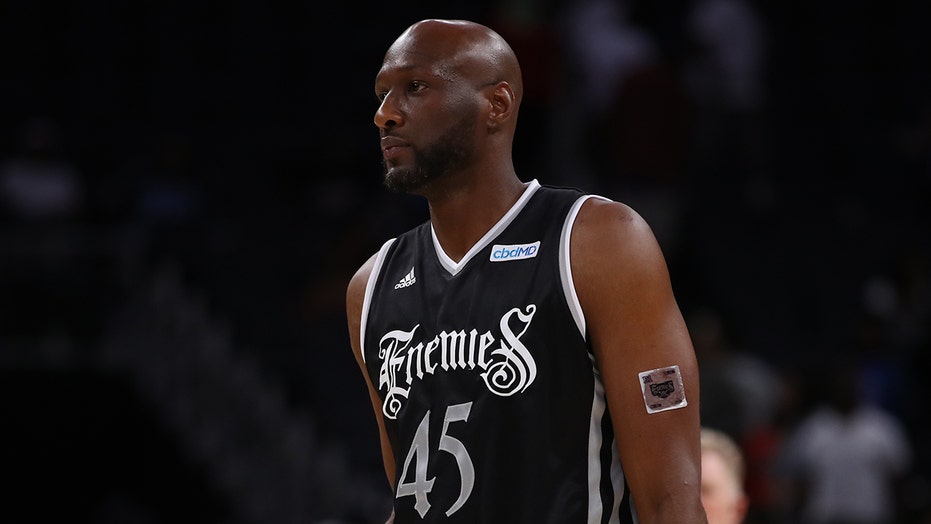 Lamar Odom said Friday he was “extremely disappointed” and embarrassed after learning the BIG3 basketball league decided to deactivate him for the remainder of its third season.

Odom said in a lengthy Instagram message he learned he was deactivated on social media and noted the league didn’t reach out to him or his manager. He said he wasn’t given an explanation about why he was deactivated and only found out it was for health reasons during a TMZ interview with league founder Ice Cube.

“I have been 100% transparent about my condition before signing the contract, but at that point it wasn't an issue,” he wrote. “I was told after game #1 that I had been given extra time to get stronger. I have been working hard daily to get in better game shape. The willingness & intent has always been there to play.

Odom added: “I am aware that at some point in life we have to accept & surrender to what God has planned or not planned for us — so I am staying positive. I worked very hard to make a comeback in my life & no rejection can stop me. Thank you @TheBig3.”

The league announced last week that Odom, along with Baron Davis, Jermaine O’Neal and Bonzi Wells, was deactivated, nixing his attempt at a comeback years after a near-fatal overdose at a Nevada brothel.

Ice Cube, the rapper, actor and business mogul, explained to TMZ Sports that the league can’t afford players who have “health issues” to be sitting on the bench the entire time.

“We want players that are actually playing,” he told the gossip site.