LEWIS Hamilton led a minute's silence in honour of F2 driver Anthoine Hubert this afternoon, ahead of the F1 main event in Belgium.

Hubert was killed, aged just 22, in a horror smash at the F2 Belgian Grand Prix in Spa yesterday. 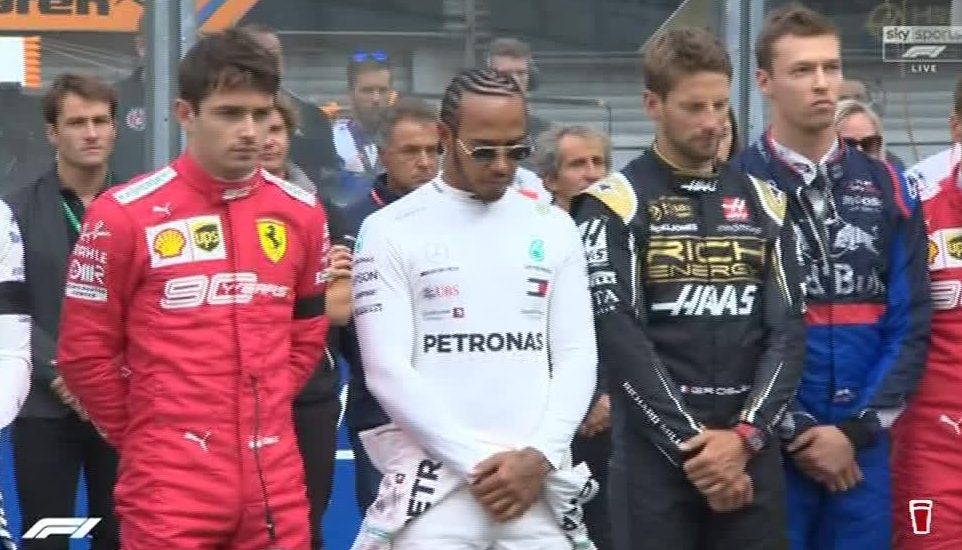 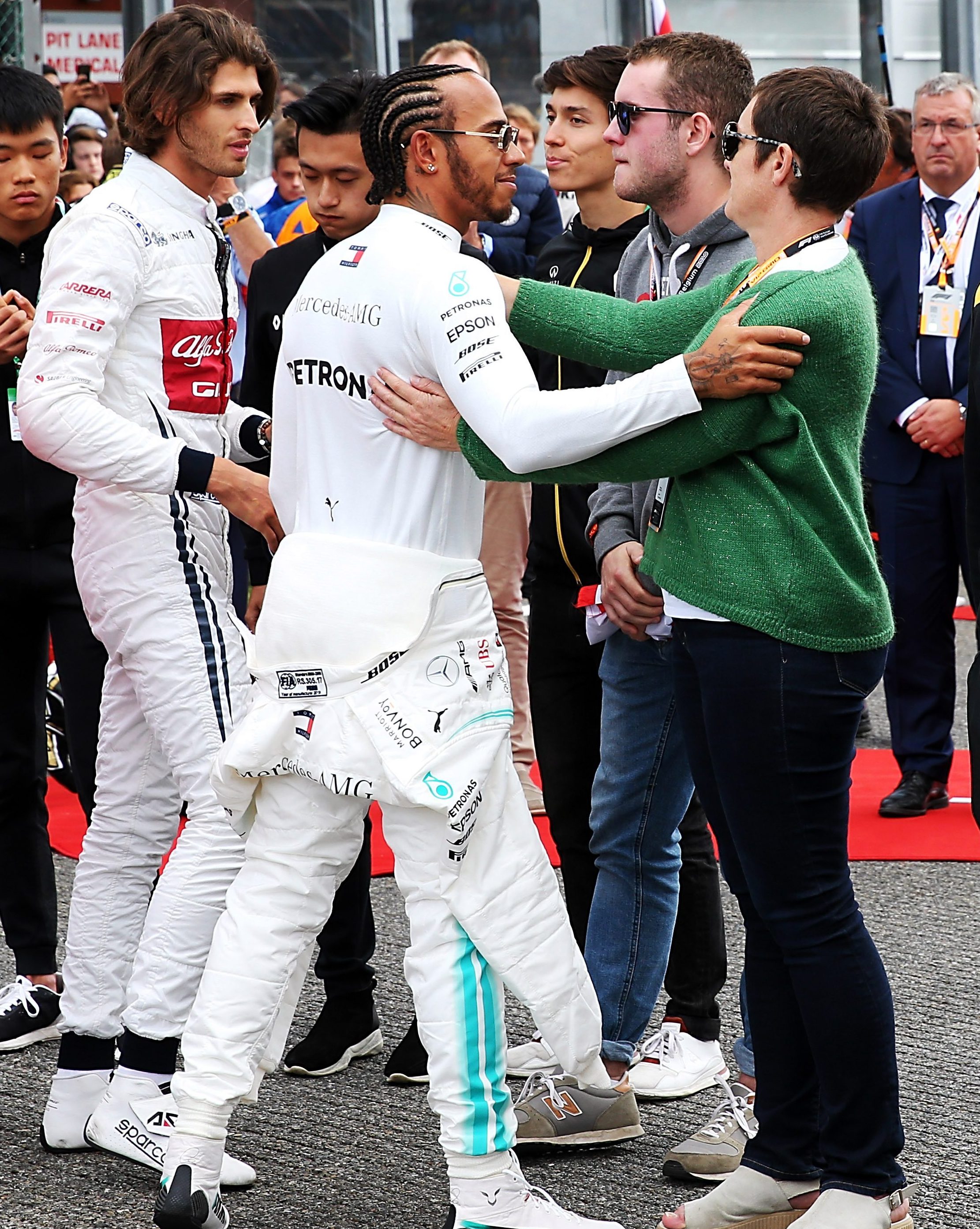 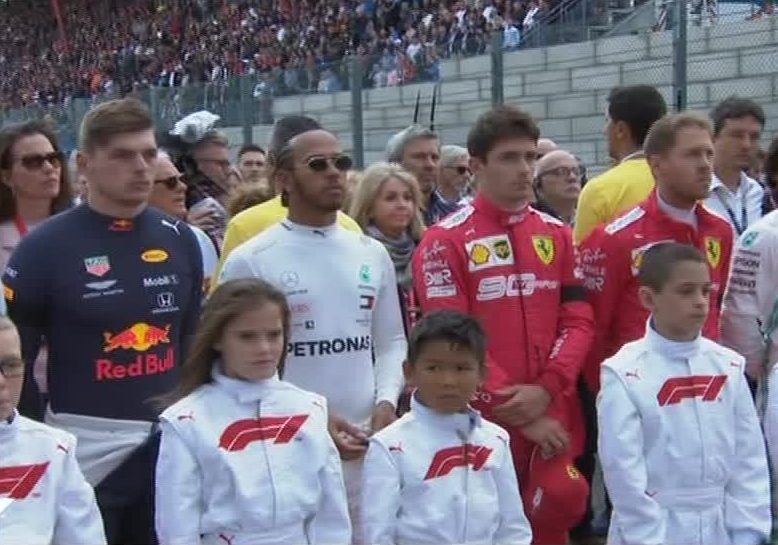 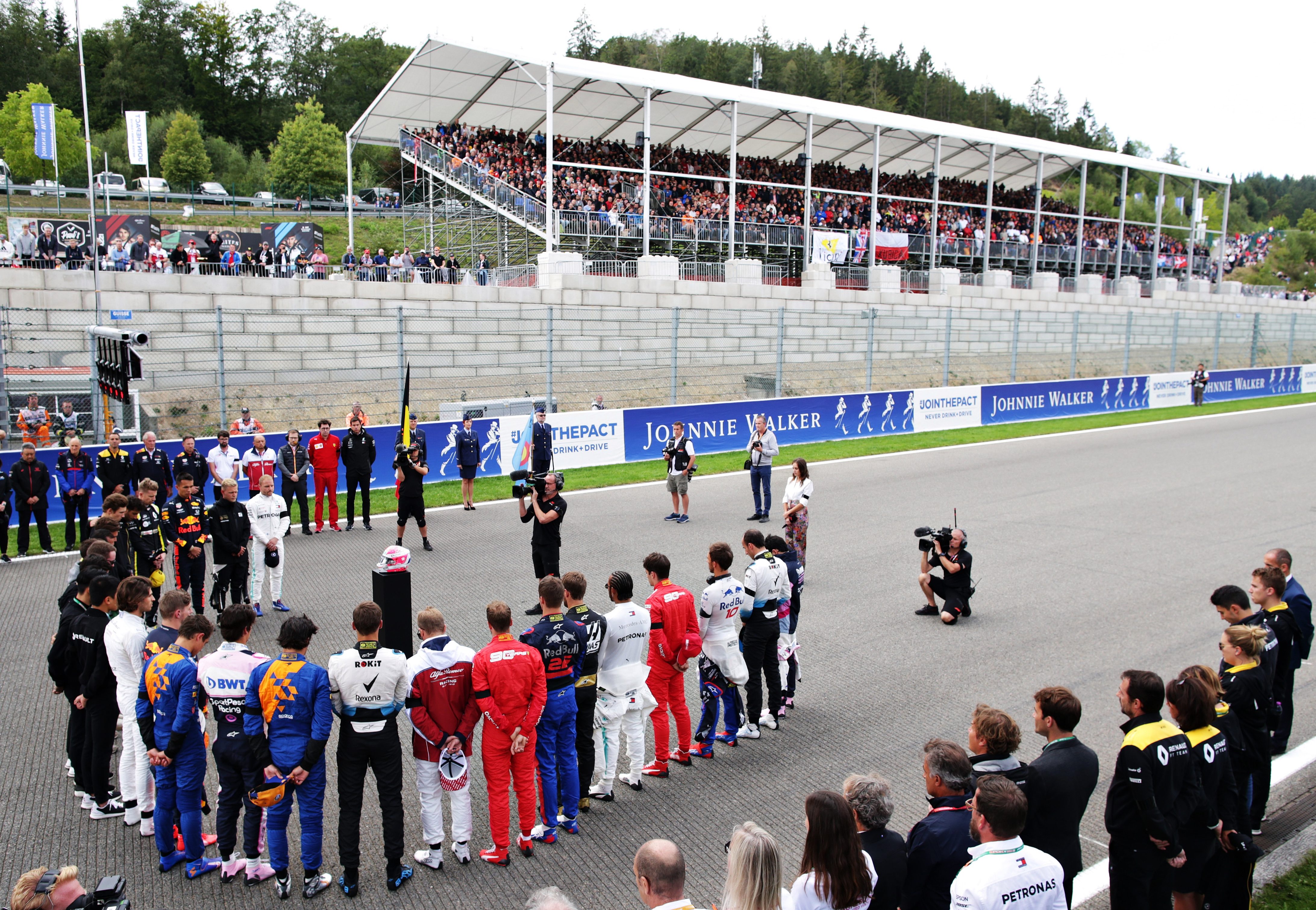 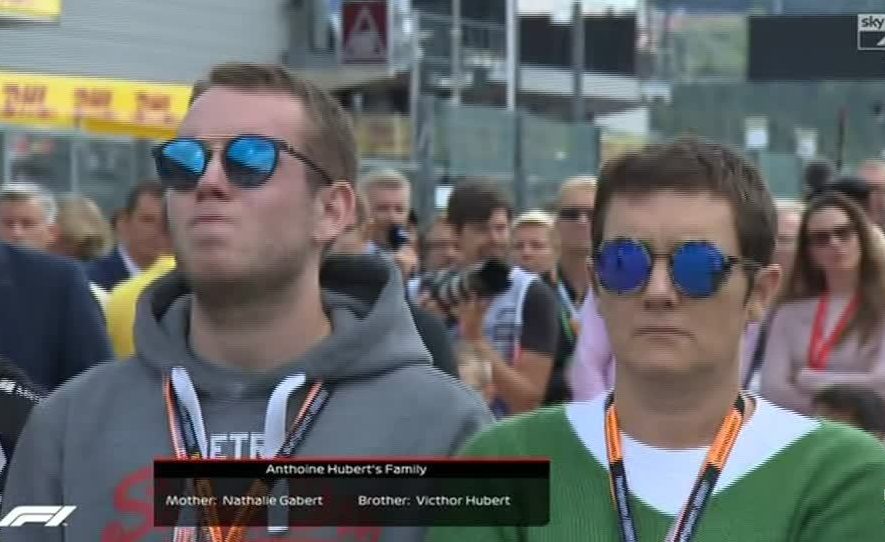 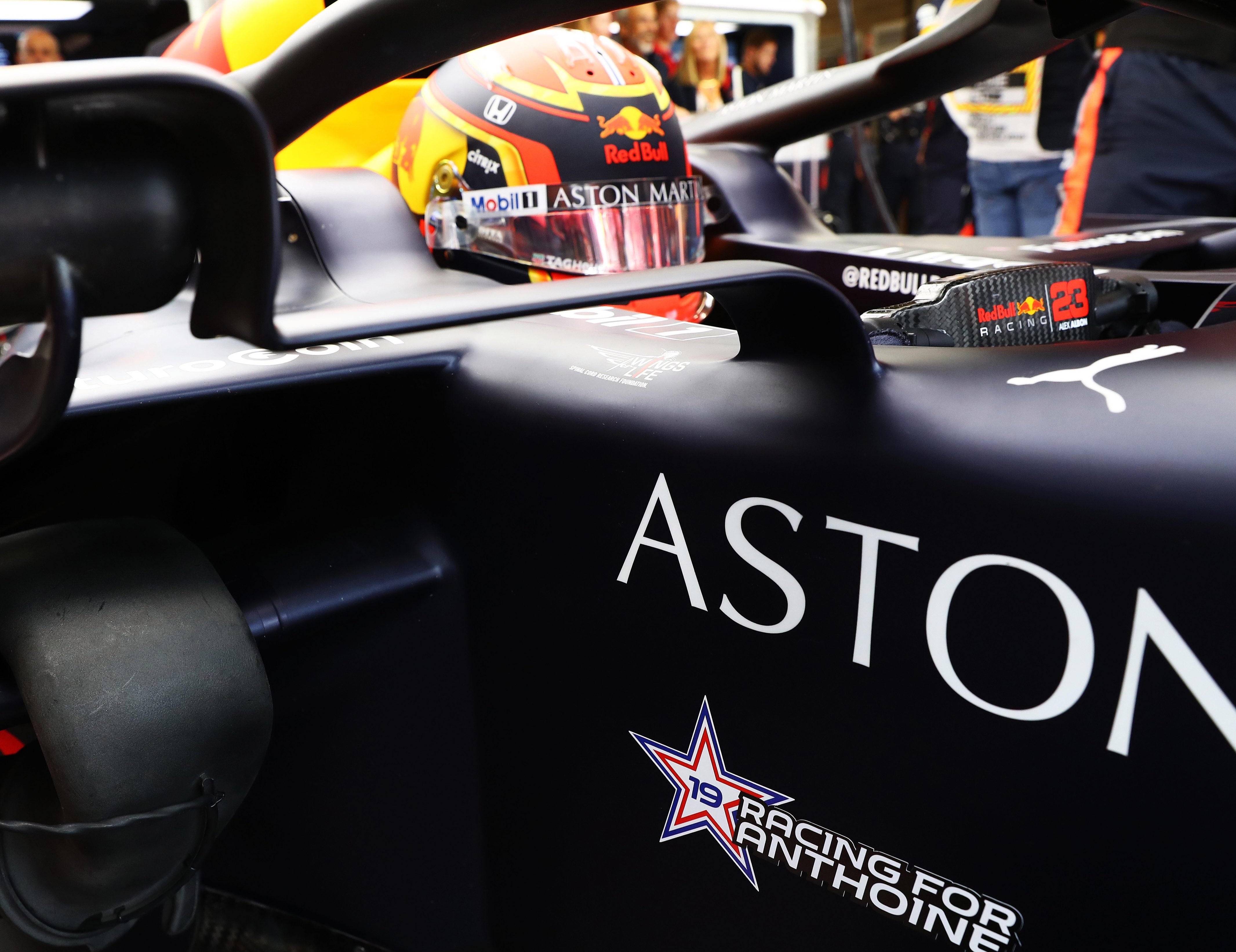 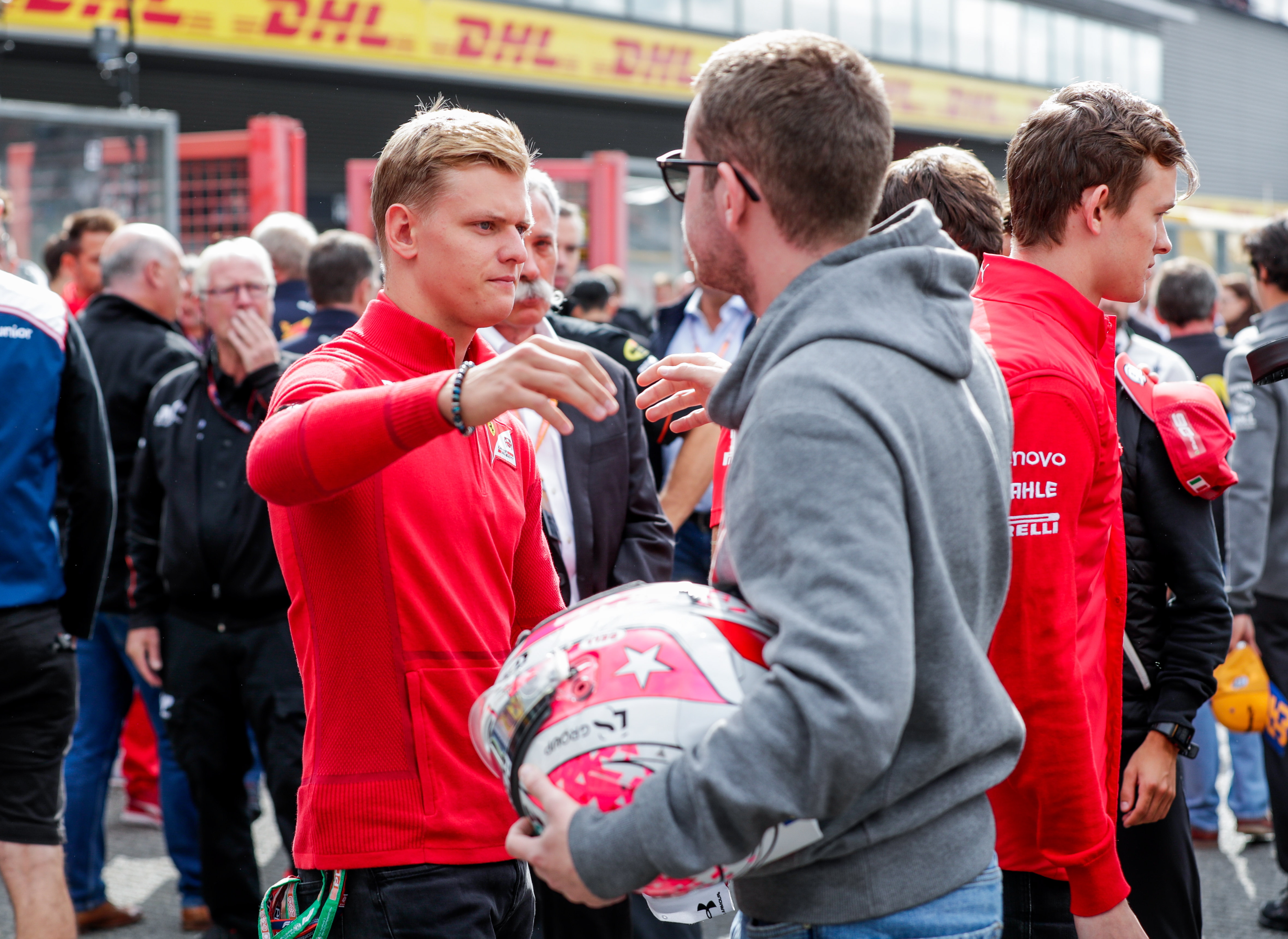 They stood facing a podium upon which a racing helmet was placed – directly in front of his mum and brother.

Hubert's mother, Nathalie, held her son's pink and white crash helmet before embracing Hamilton at the end of the silence.

The Frenchman died as a result of his injuries following a sickening 150mph collision at the famous Eau Rogue turn yesterday.

The shocking accident happened on the second lap of the F2 race just after Formula One qualifying had finished.

Hubert's car crashed heavily into the barriers and sprung back on to the race track when it was struck by Juan Manuel Correa, who was travelling behind and had no chance of swerving.

The 20-year-old American-Ecuadorian suffered fractures to both his legs and a minor spinal injury and is recovering in intensive care.

Earlier Prema Racing's German driver Mick Schumacher, son of the champion driver, embraced Hubert's family, before they stood in silence in memory of the young sportsman.

He suffered his own personal tragedy five years ago when his racing legend dad hit his head while skiing, causing a serious brain injury.

Drivers from F1, F2 and Formula 3 all gathered to pay their respects this afternoon at the poignant tribute.

Many of the cars racing today have an extra sticker of a star with "19" inside, and "racing for Anthoine".

Earlier the F1 Twitter account posted: "Today we race. We do so with the heaviest of hearts, and we carry the memory of Anthoine throughout.

"Just like it was for Anthoine, racing is our passion and our dream. It defines us.

"So today we race for Anthoine. And today, and always, we honour him."

Hamilton also wrote a touching Instagram post last night, posting: "This is devastating. God rest your soul Anthoine. My prayers and thoughts are with you and your family today.

"If a single one of you watching and enjoying this sport think for a second what we do is safe your hugely mistaken.

"All these drivers put their life on the line when they hit the track and people need to appreciate that in a serious way because it is not appreciated enough. 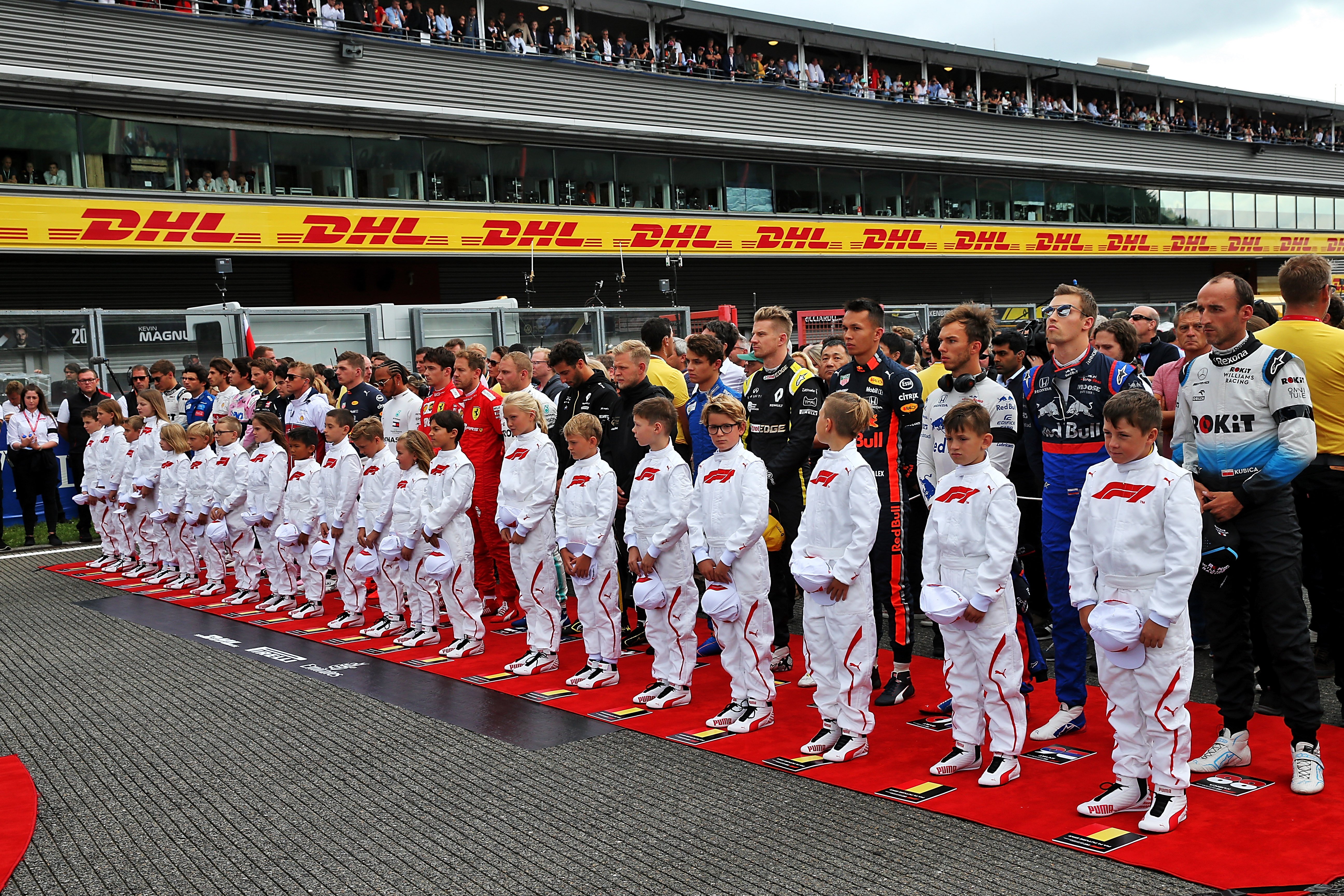 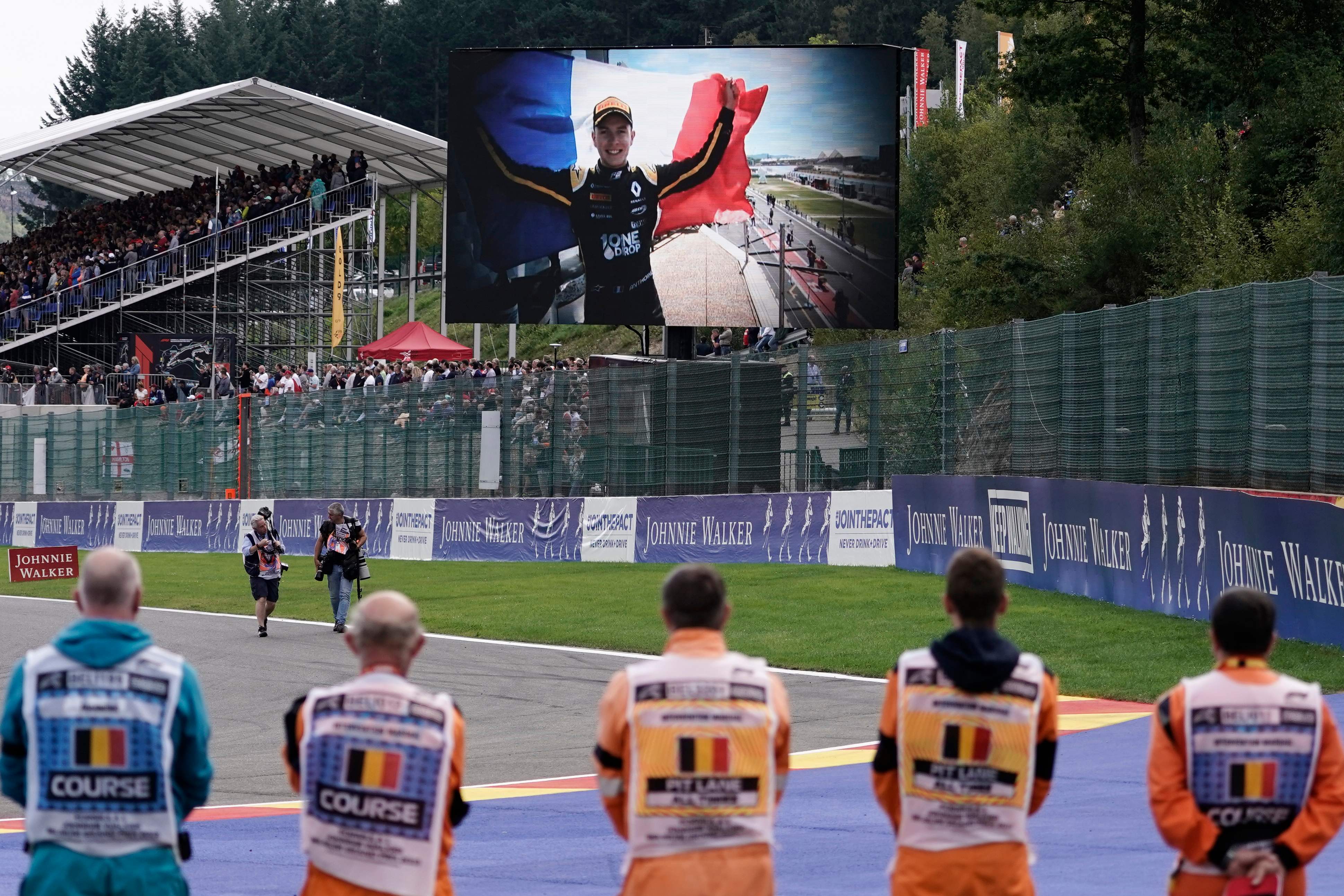 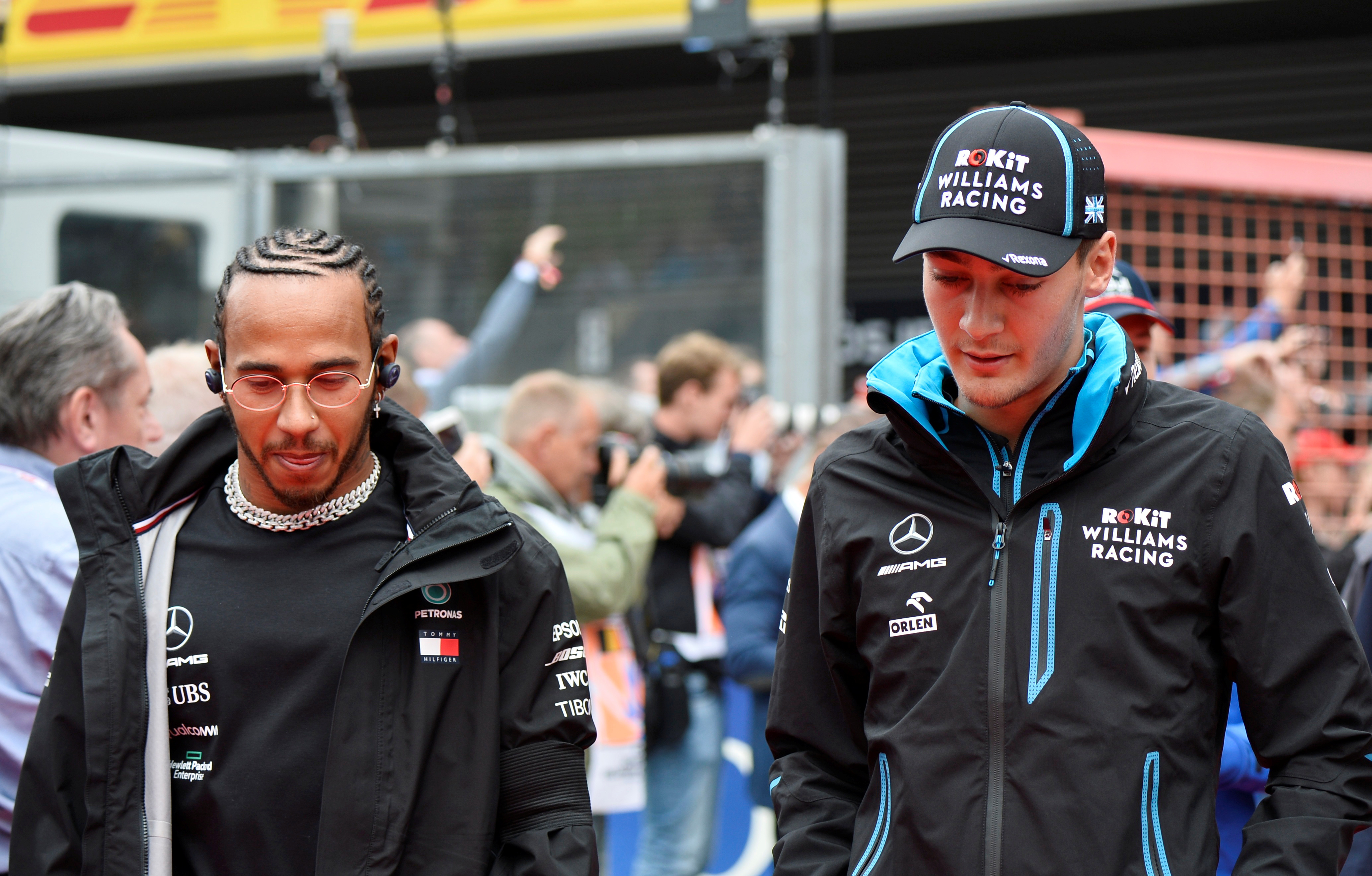 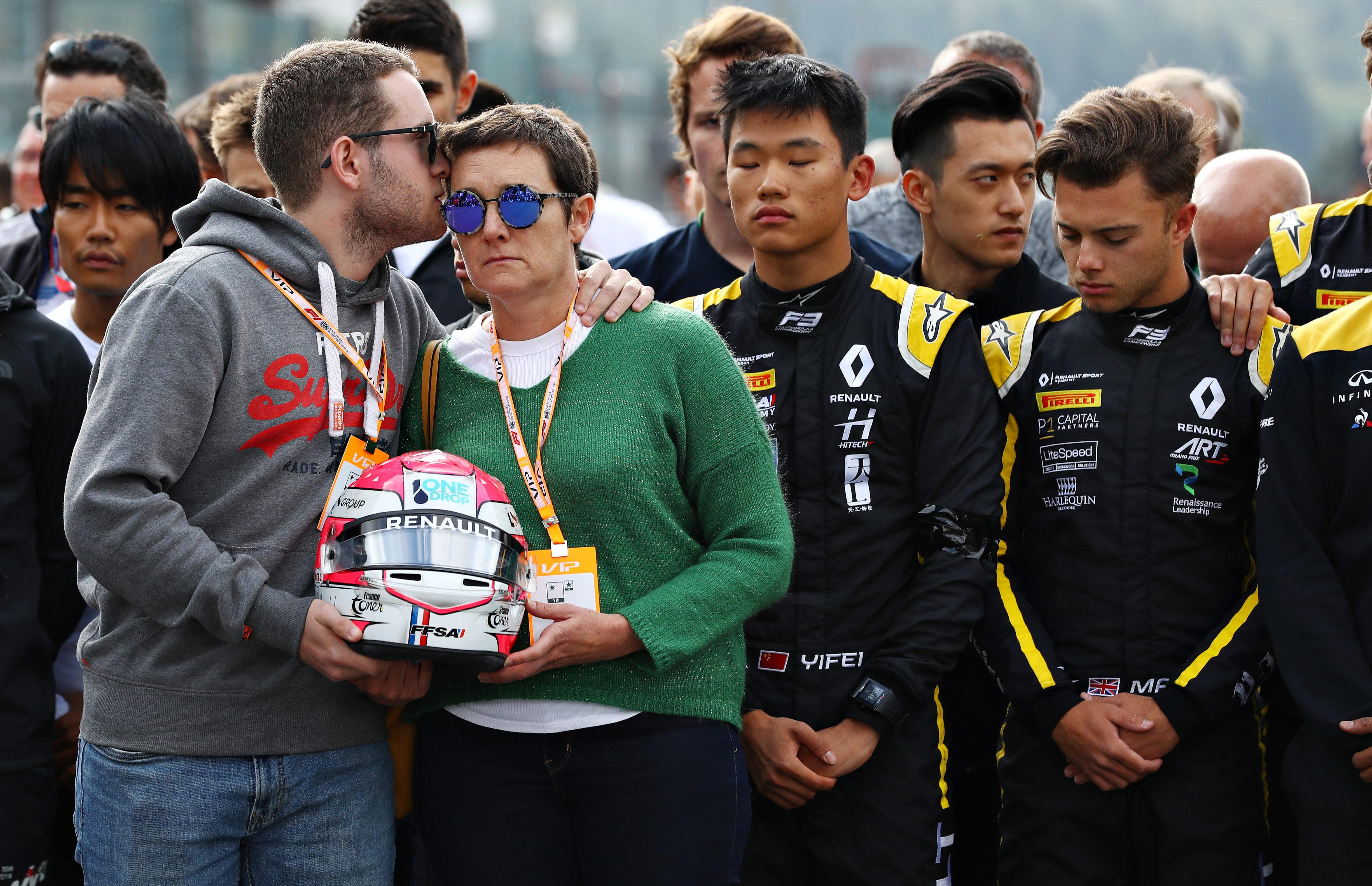 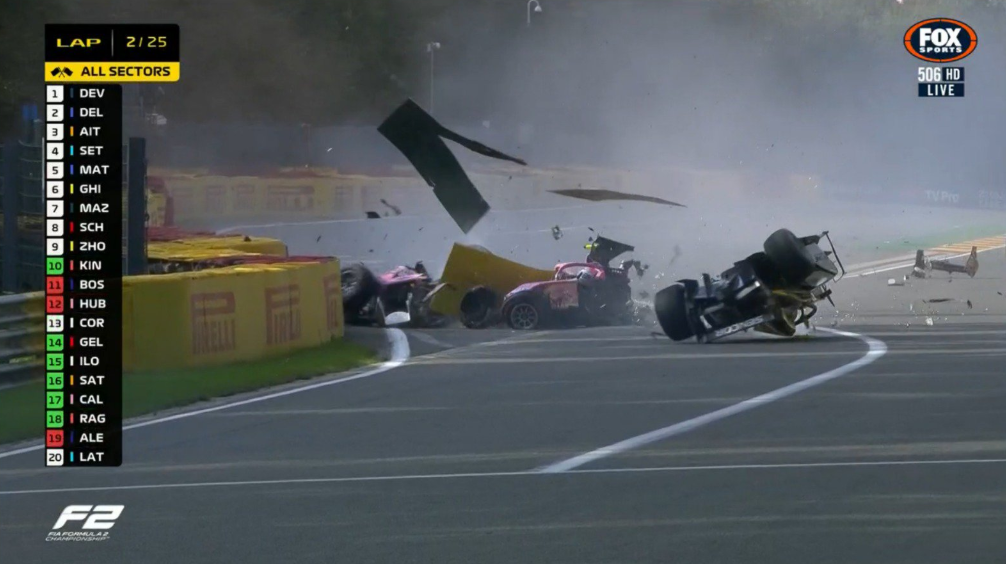 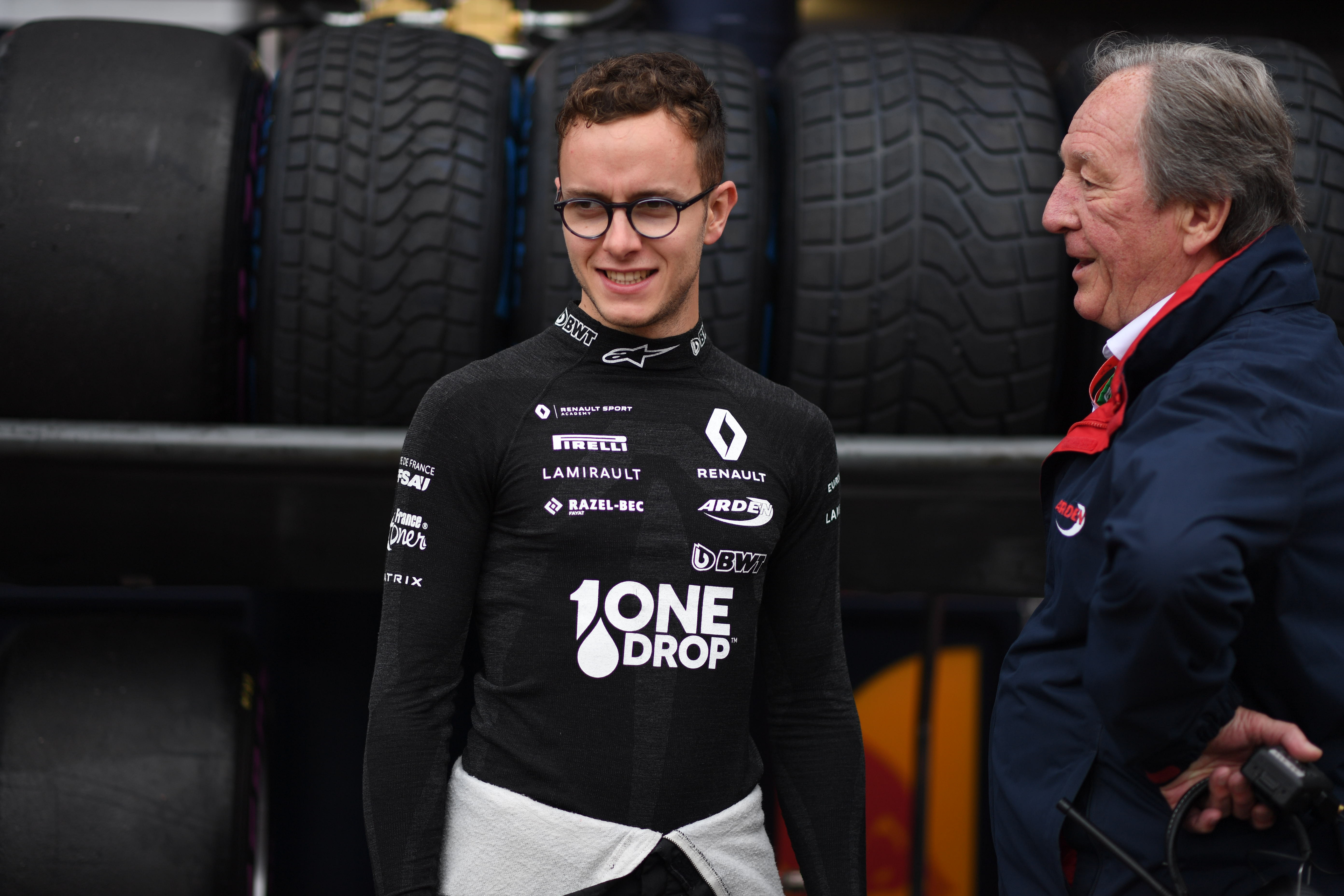 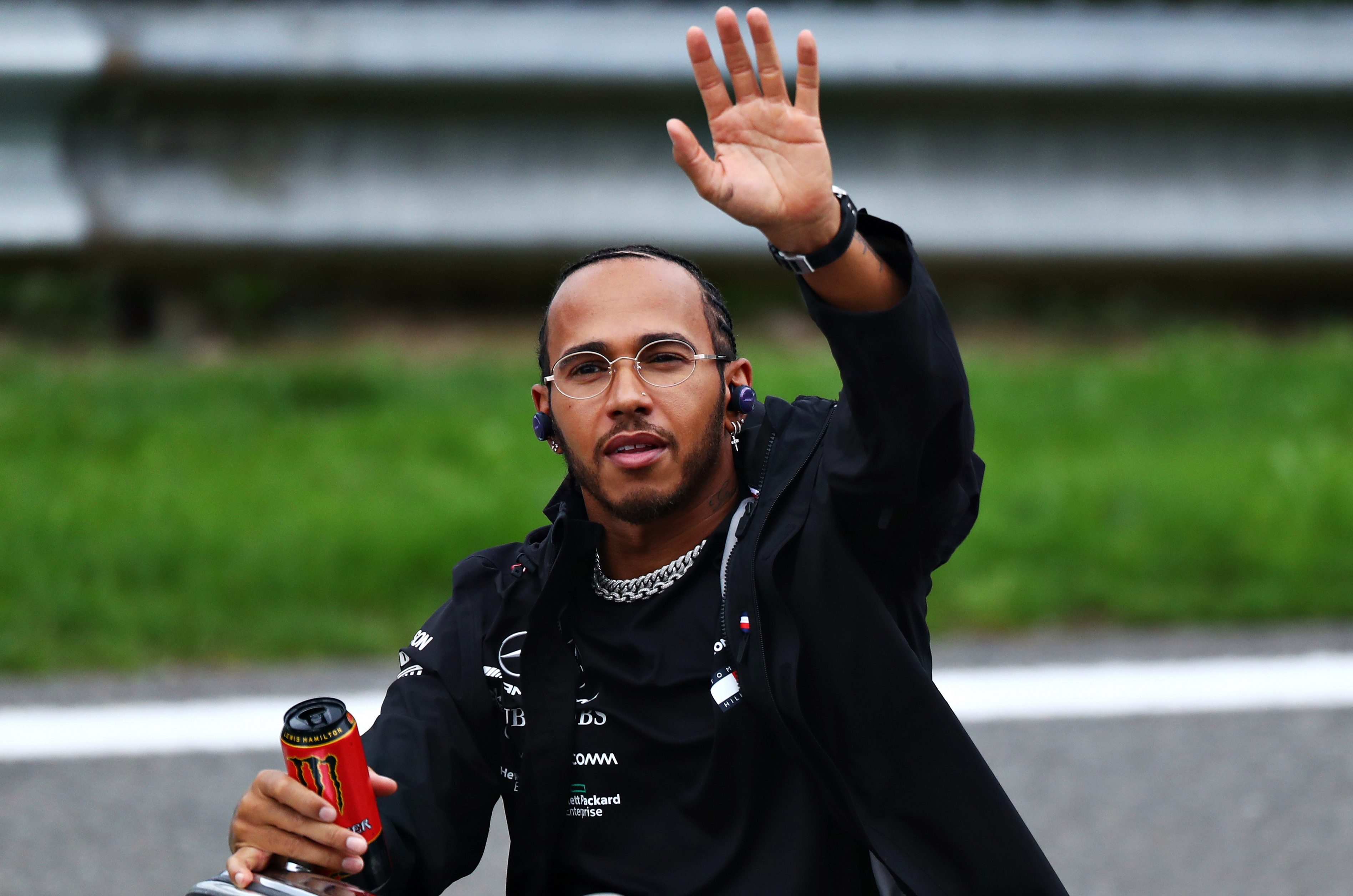 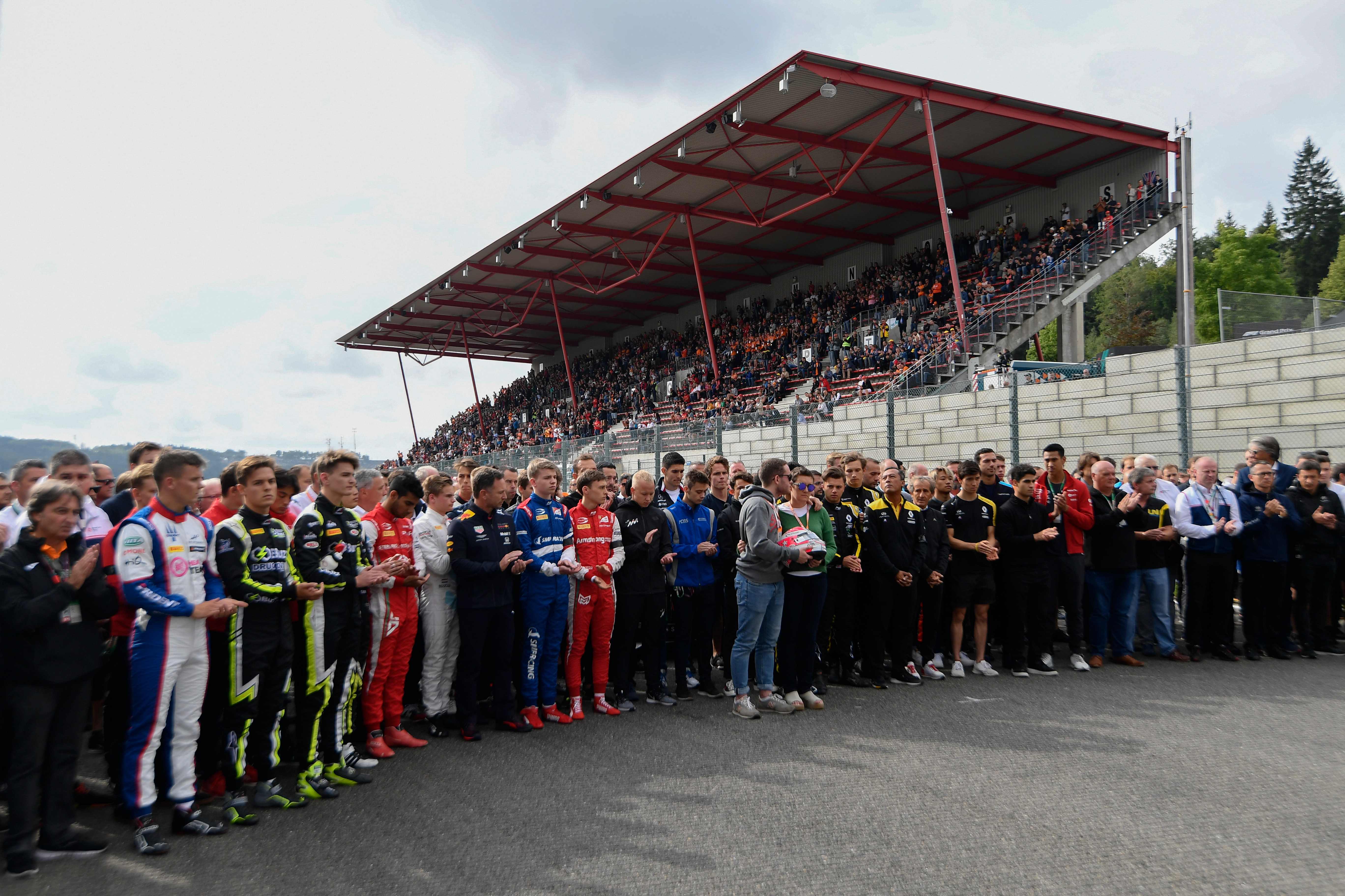 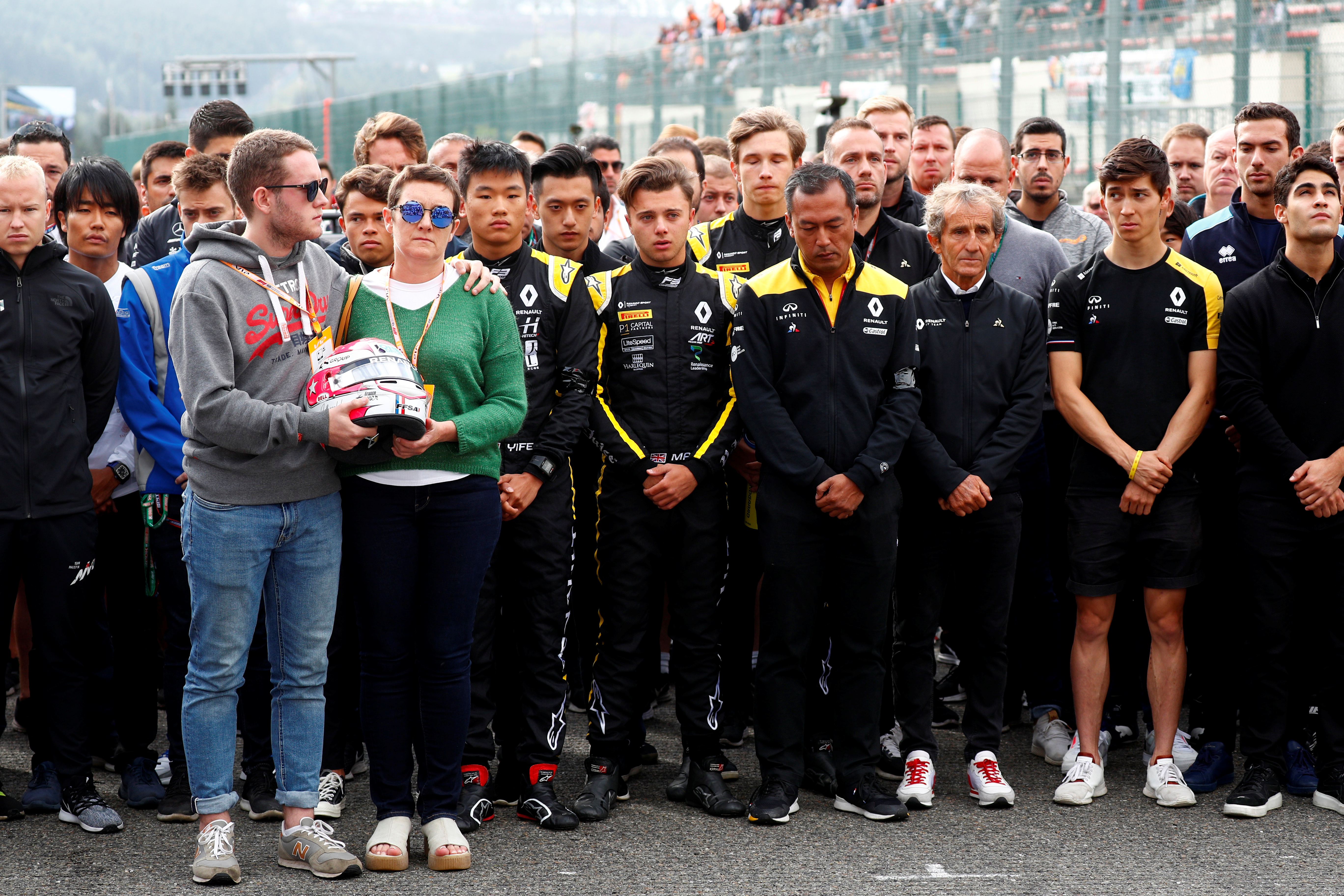 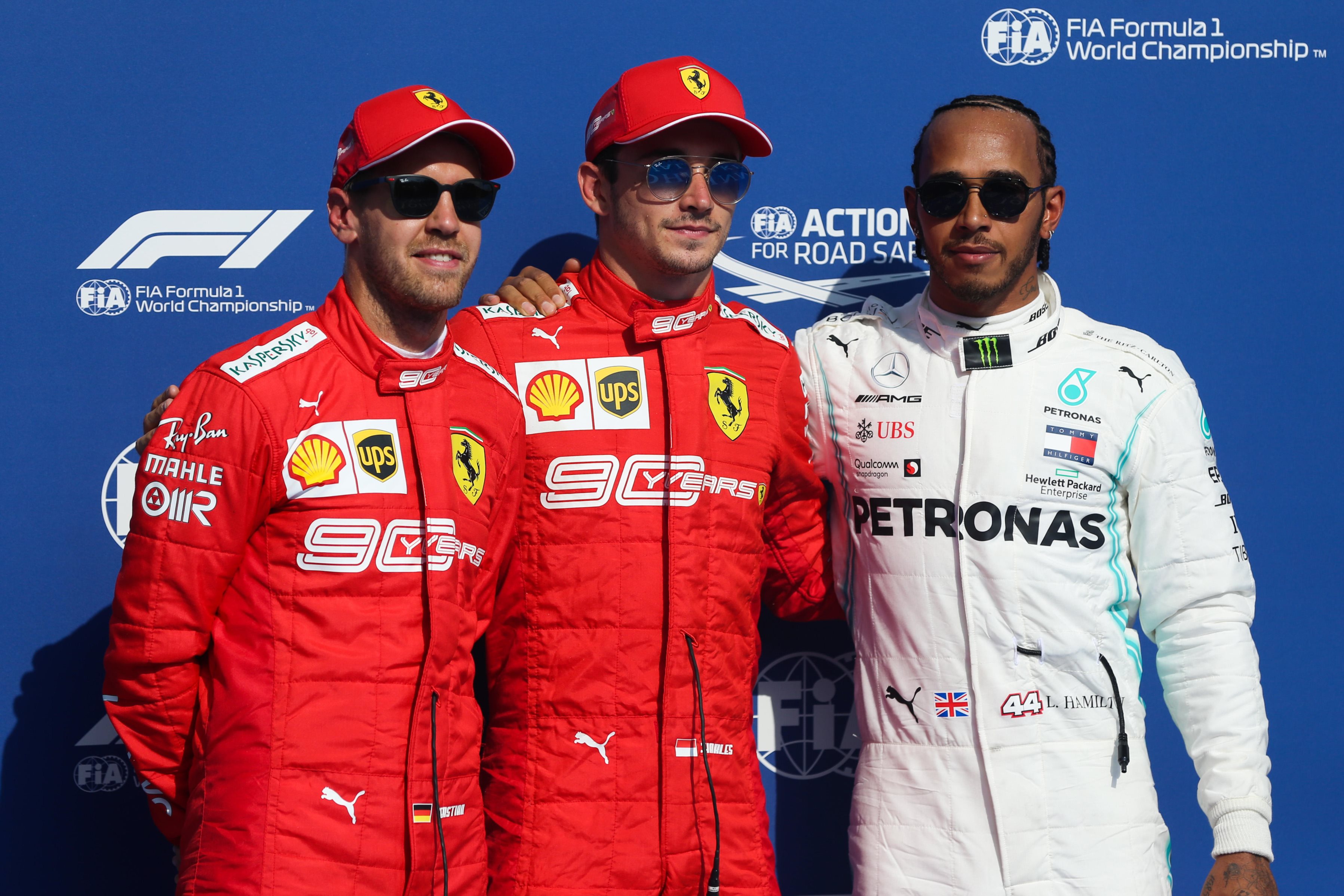 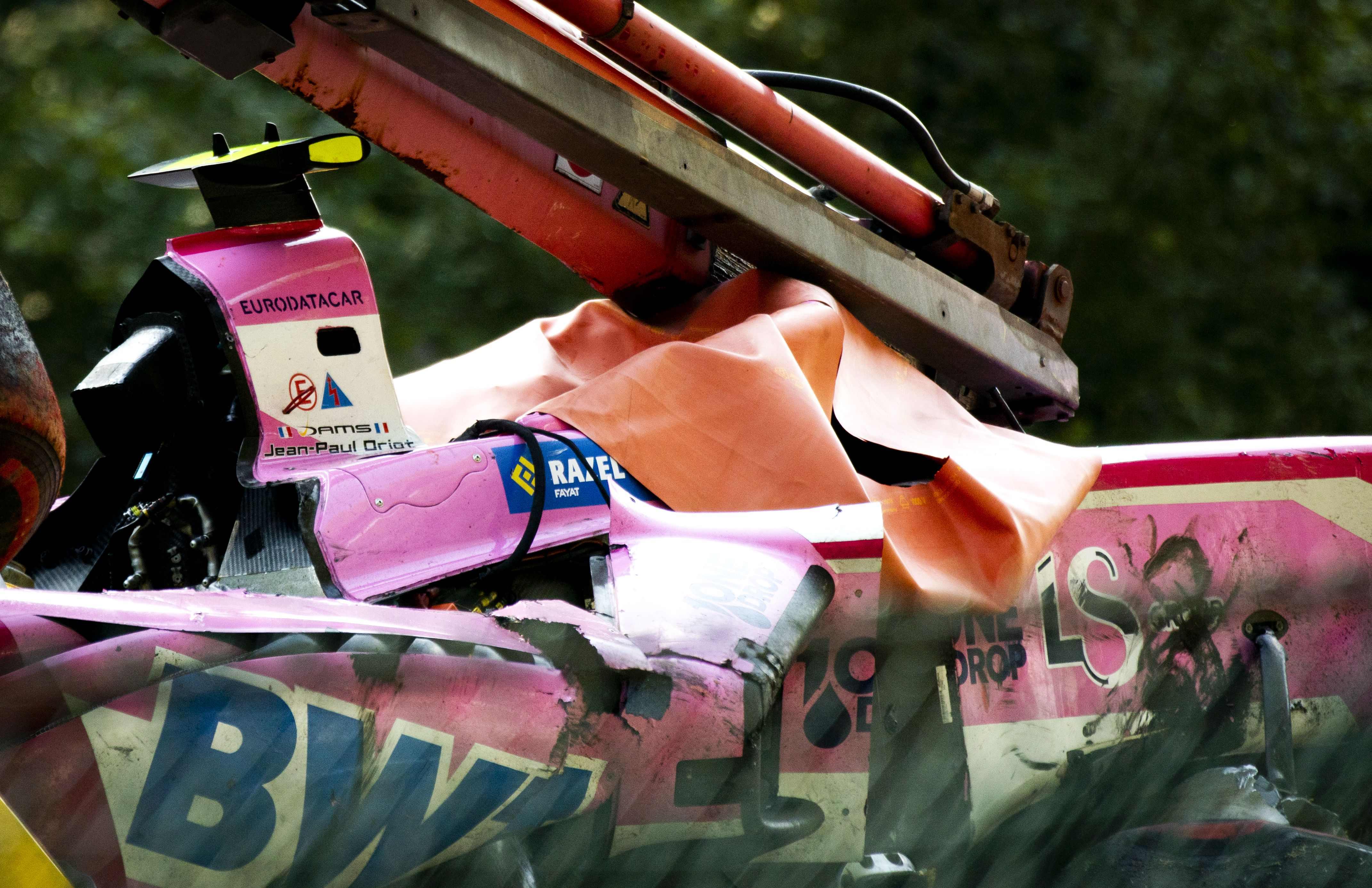 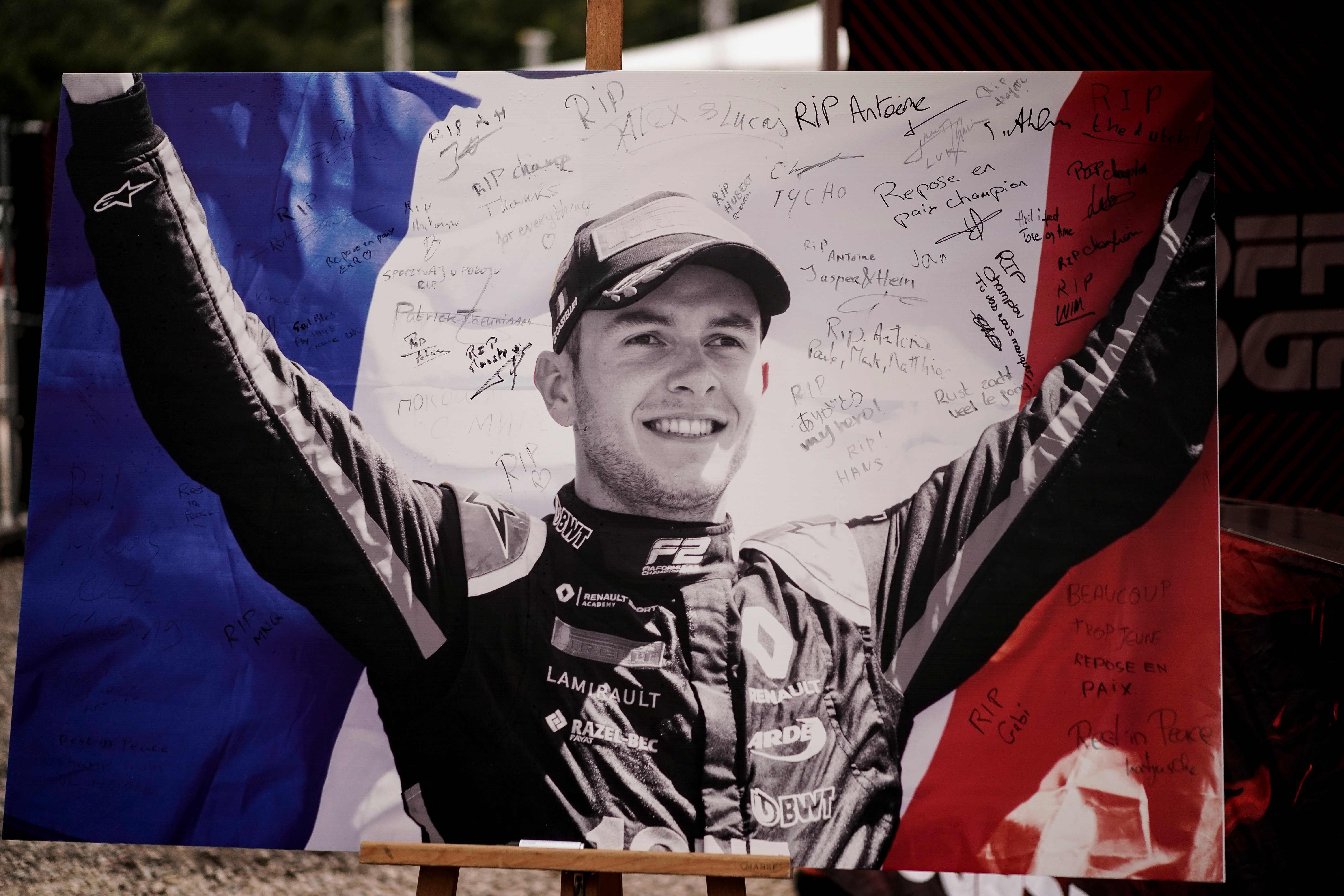 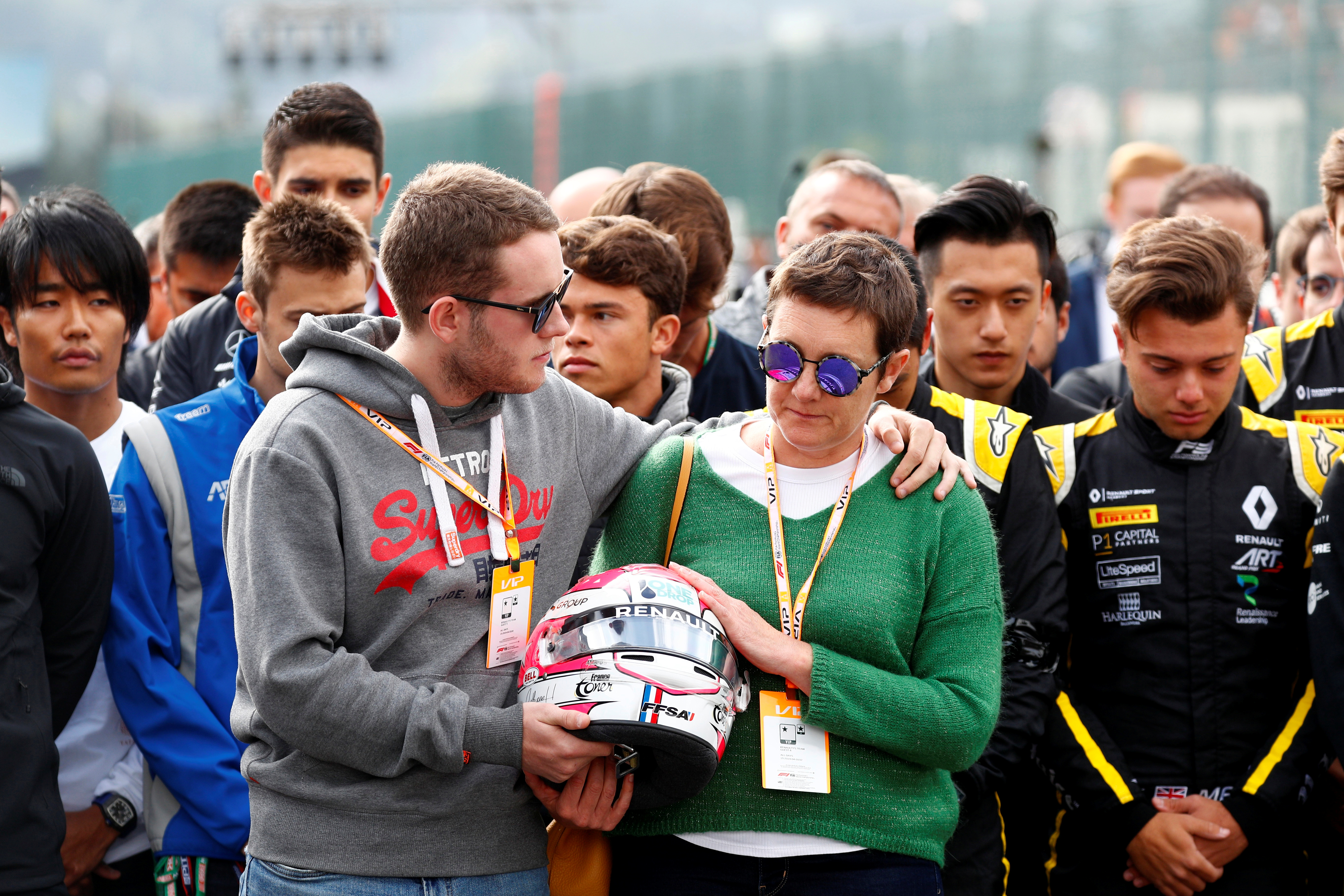 "Not from the fans nor some of the people actually working in the sport.

"Anthoine is a hero as far as I'm concerned, for taking the risk he did to chase his dreams.

"I'm so sad that this has happened. Let's lift him up and remember him. Rest in peace brother."

A statement on the Correa's website said: "At the current moment, Juan Manuel Correa's condition is stable.

"He was taken by helicopter to a hospital where he underwent surgery.

"Juan Manuel remained conscious the entire time until his admission to the operating room."

Stewards stopped the race immediately and then cancelled it while marshals and medics raced to the scene.

Hubert, who won the GP3 championship last season and had already won two Grands Prix this year, was part of the Renault Academy.

Huberts death is the first driver fatality at a Formula One race weekend since Ayrton Senna and Roland Ratzenberger were killed at Imola in 1994.