A MANCHESTER CITY fan screamed 'F*** the Scouse c****' down a camera as a dad holding his young son was being interviewed.

Celebrations were being filmed outside the Etihad after City secured their second consecutive Premier League title with a 4-1 win at Brighton. 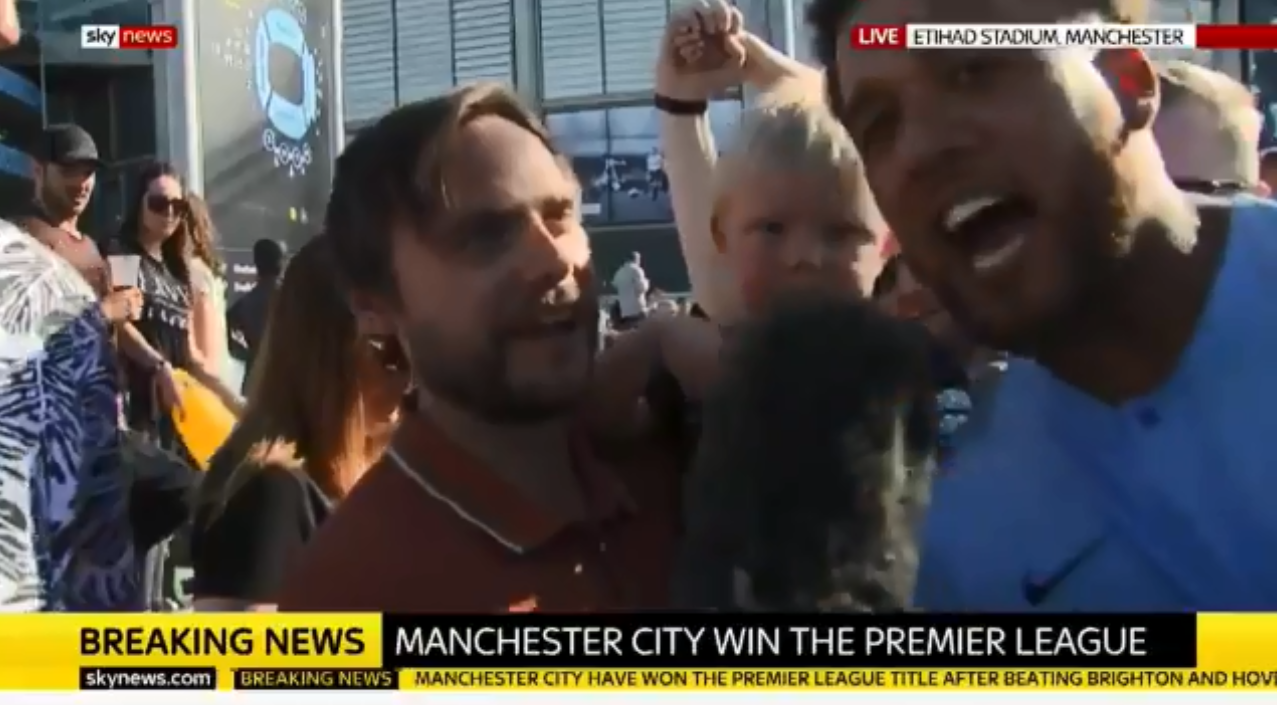 But the man took things too far as he leaned across the youngster to shout down the Sky News microphone.

Cameras immediately cut back to the studio where the presenter was forced to apologise to viewers.

One City fan shouted: "HAHA you Scouse b******s, you'll never win the league!" before the main perpetrator lunged into shot.

The video posted on Twitter received more than 4,000 likes but some fans did not agree with the behaviour in front of such a young lad.

One posted: "Forget the cameras, there's a little kid there," while another said: "Can't condone this but at least we are not attacking the opposition team bus or throwing some old bloke in a fountain."

Despite the general backlash, Twitter user Jase2103 pointed out that the boy in question seemed unfazed by the incident.

Alongside a picture of the smiling boy, he said:"The kid thought it was funny too." 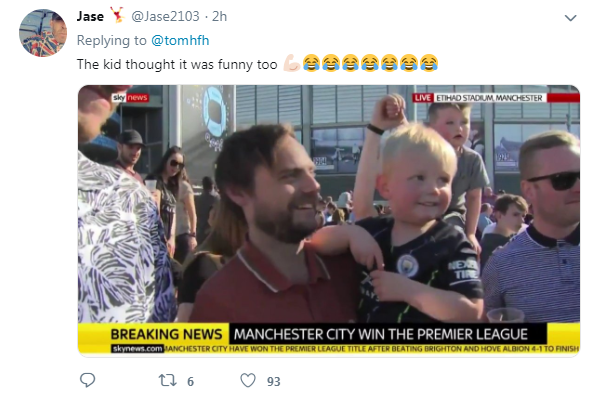