To coincide with Mental Health Awareness Week, BBC Sport got five men to sit down together and discuss their issues with masculinity, depression, body image and expectations.

According to data from the Office for National Statistics, suicide remains the biggest killer in men between 15 and 35 in the UK.

In a three-part series, Team GB sprinter James Ellington, Scottish footballer David Cox, Love Island star Josh Denzel and freestyle footballer Olumide Durojaiye open up about the issues they have faced and how they have dealt with them.

James broke his leg in a motorbike accident in 2017, forcing him to withdraw from Team GB. David, who plays as a striker for Cowdenbeath, has suffered with mental health issues throughout his career.

Olu was released at 18 by Tottenham Hotspur and has since played in Scotland as well as in the English non-league game – where he plays for Woking; he is now a football freestyler. Josh Denzel starred in series four of Love Island, coming third.

The episodes, hosted by Ben Zand, will be released throughout this week but, before you watch, here are five poignant takeaways from the series. 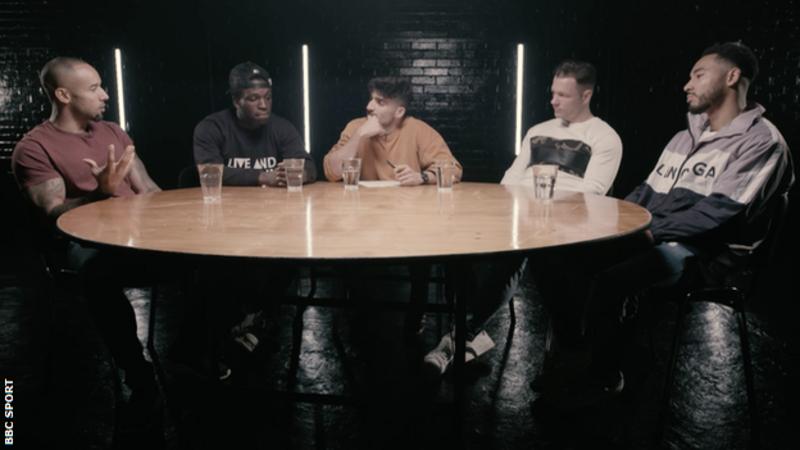 “You don’t want to be weaker than the man next to you,” says Olu. “I cover my emotions with laughter, joking around being a fool.”

When Ben asks “Would you speak to your dad about how you’re feeling?” each person at the table responds with a strong “no”.

David says: “Approaching your dad with something like that – he’s the person you want to look the strongest in front of.”

Josh adds: “I’m sure if I went to my dad with a problem and I was emotional, he would have been fine with it but I’d just look at him and be like ‘no way’.”

James says: “Sometimes you can get stuck in a rut where you suppress your emotion for so long that it becomes hard to release. Showing emotion and crying is actually a strength.” 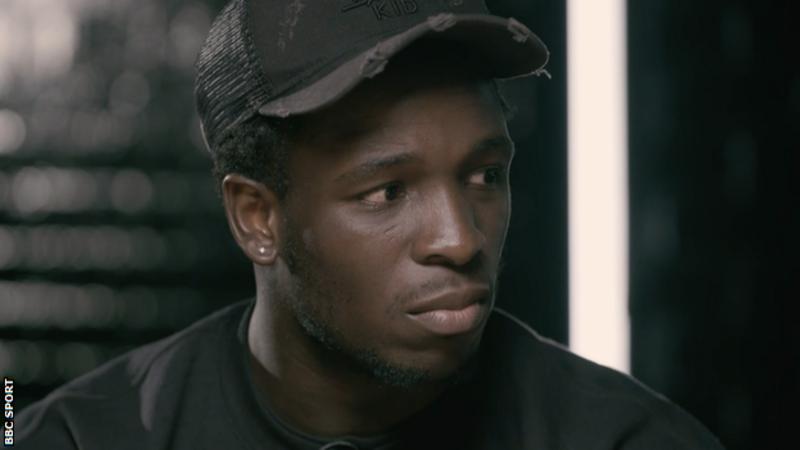 42% of men in heterosexual relationships think they should earn more than their partner (YouGov 2018).

“It makes me feel good to be able to provide,” says Josh.

“I want to pay for the food, I want to be the alpha and be able to look after you.”

Olu says: “I saw my dad being the main breadwinner, working day and night, travelling up and down the country and I needed to be that. I couldn’t be the man that a woman looks at and thinks: ‘He’s a bum.’

“I needed to make money somehow because I needed to be that ‘man’ role that I thought my partner needed.”

David adds: “It’s more how people perceive you. What are they on the outside thinking, looking in?” 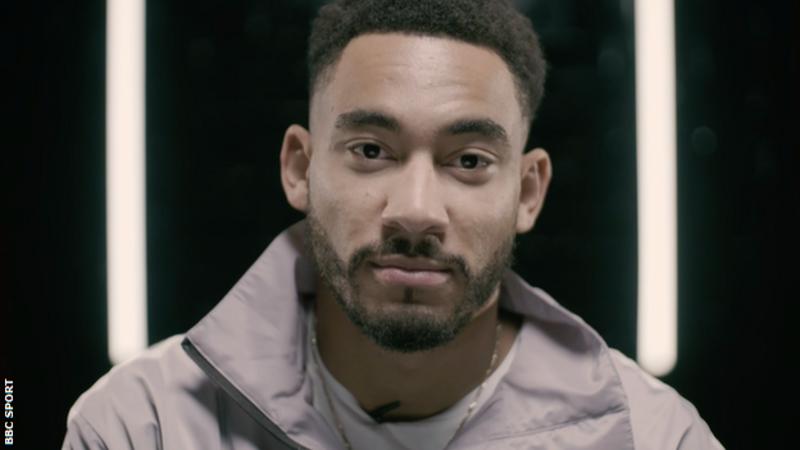 How many times do you scroll through Instagram and start comparing yourself to the guy with a six pack standing on a beach in Bali with his Lamborghini in the background?

But is any of it real?

“I was in Monaco a few years ago for a competition and, although I had a really good time, most of it was spent in my room on my own,” says James.

Social media can mask what a person is actually feeling.

As a social media influencer, Josh admits: “With the notoriety, there is a pressure to kind of live that lifestyle. I’m guilty of it massively. You end up doing things purely for gratification.

“I know for a fact that if the sun’s over there with the beach over here and my abs are looking sick, I know when the likes start rolling in from certain people and you hit a certain number – that gives me gratification.

What should be expected of men? 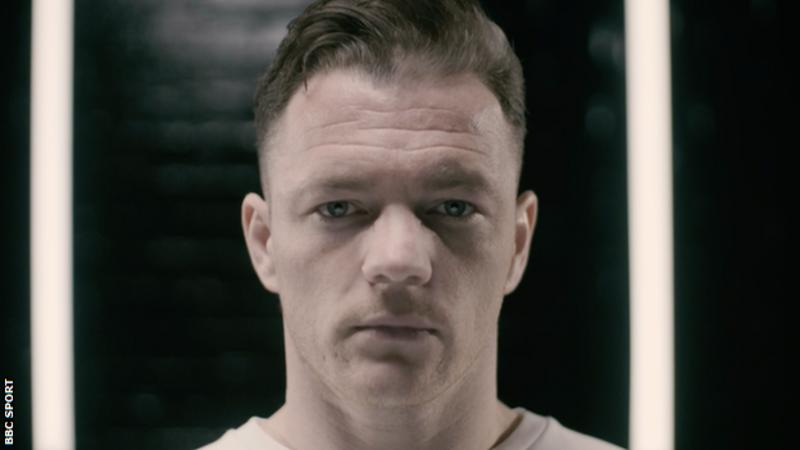 “Just to be happy and have everyone around you happy – I think that should be the only expectation as a man,” says Olu.

James says: “We should be expected to be a bit more open and free with our emotions and not be afraid that being in touch with our feelings is emasculating – it’ll make society much better.”

David adds: “I think what should be expected is that people shouldn’t make you feel like you have to be masculine and can’t talk about things.

“Look at the stats and look at what’s happening. Men should be able to speak out.” 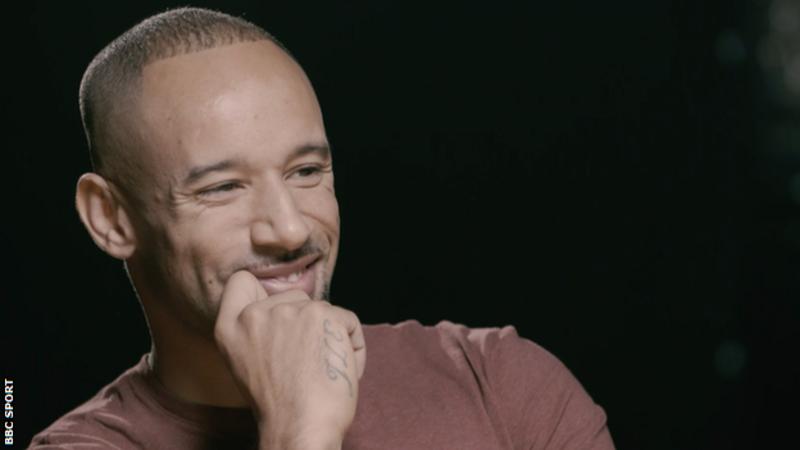 Reality TV shows such as Love Island have been criticised for triggering body image issues in young people.

Josh, who came third last year, says: “I remember watching the first three seasons and everyone’s in mad shape – the type you follow on Instagram. Then I get the call that I’m going into the villa in six weeks.

“Even now, there’s nothing worse than being on the beach, you can see a guy with an amazing six-pack walking along and you look down at yourself and feel so emasculated.”

Even Olu, when he was training as a footballer, struggled with how he looked.

“I started to hate myself,” he says.

“I heard a fan shout when I was playing a couple years ago ‘Oi, fat boy, pull your socks up’.

“All I thought was ‘flipping hell, I’m not good enough, my body’s horrible’ – I just hated it.”

If you, or someone you know, have been affected by mental health issue, help and support is available: bbc.co.uk/actionline