CHELTENHAM was a Winters wonderland on Saturday as Chatham Street Lad bolted up in the Caspian Caviar Gold Cup.

Eccentric trainer Mick Winters promised a big celebration if his 16-1 shot won – and he didn’t disappoint! 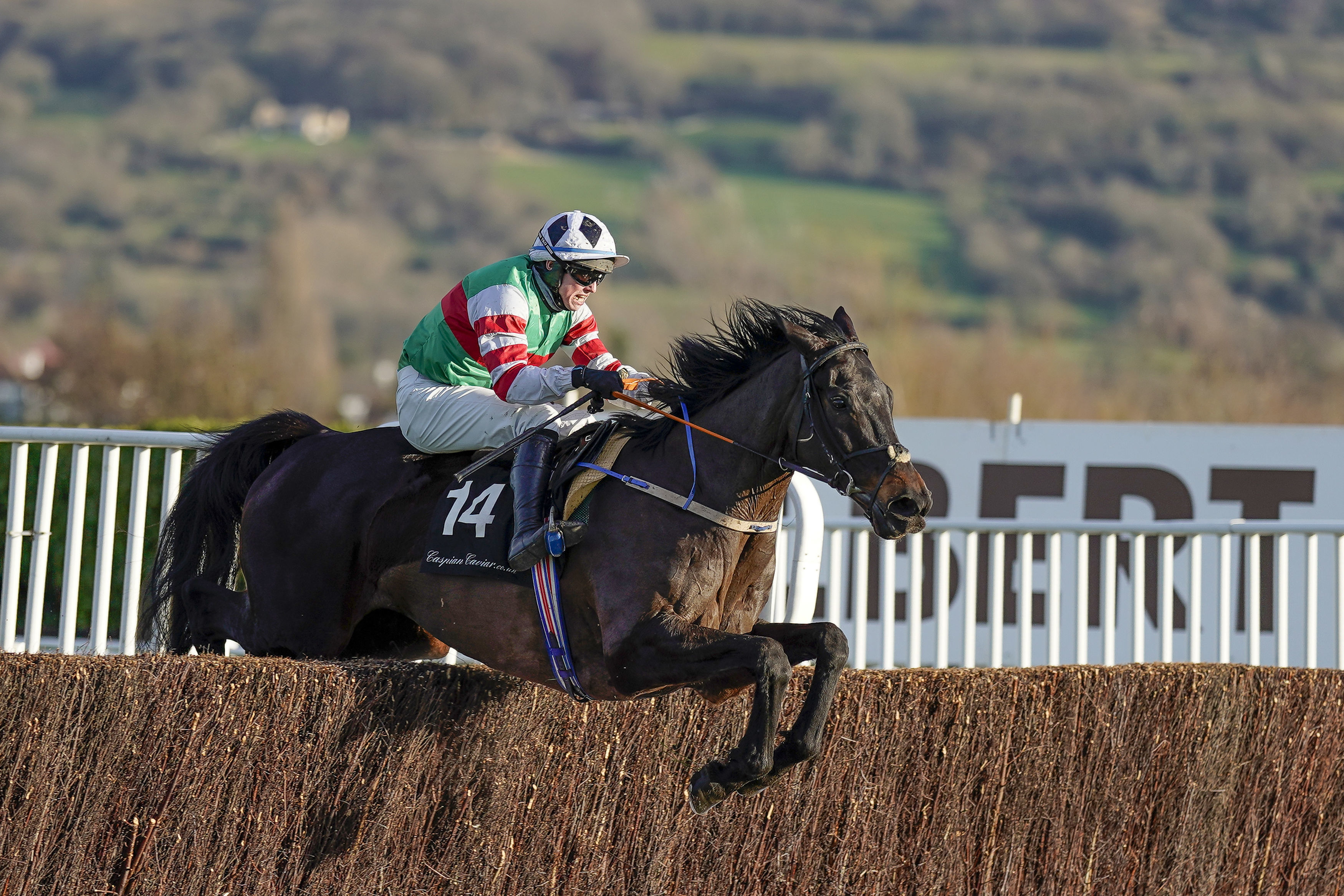 He was greeted by the cheers of 2,000 punters in the winners' enclosure before he dropped to his knees and rolled on the turf in delight.

The Cork native might've got down and dirty, but his horse barely had to break sweat.

The huge Chatham Street Lad, who dwarfed some of his rivals in the paddock, travelled and jumped like the winner throughout under Darragh O'Keeffe.

The jockey angled him out from behind runners approaching the second last before letting the handbrake off – and he cleared away in a matter of strides.

Midnight Shadow was 15 lengths adrift in second, while you needed binoculars to find Benatar in third.

Winters, 62, has enjoyed success at the highest level with Rebel Fitz and Missunited – and after a quiet spell he's back in the big time.

He said: “It was outstanding and the beauty of it was that Darragh is a local jockey.

“He has come to school the horse lately and he has improved.

“The owners have helped me, they’ve always supported me, they own a couple of pubs locally so it’s grand.

“We won well in Cork last time and this is spectacular, it’s beyond folklore.

“I was confident we would run a blinder, and he is a National Hunt-bred so he will keep developing. I’m very humbled about it.”

Ladbrokes make Chatham Street Lad a 20-1 shot for the Ryanair Chase at the Festival in March.

And his syndicate of owners will certainly be able to afford a return trip after this result.

They cheered: “We were on at 33-1 earlier in the week, that’ll pay for trips to Cheltenham for the next ten years!”

Later on the card, Song For Someone hit the high notes in the International Hurdle – but Goshen fluffed his lines.

The Tom Symonds-trained five-year-old held on by a nose from the fast-finishing Silver Streak, who finished with a rattle from off the pace.

Up-and-comer Symonds said his stable star is more likely to head to Aintree than return for the Champion Hurdle in March – unless the ground is testing.

He said: “I’m absolutely delighted, to win three Grade 2s on the trot is a great effort. He’s a fantastic horse to have.

"He's still only a five-year-old and we've taken our time with him, so you'd be hopeful there is more to come.

“Unless the ground comes up really soft, I’d say the Aintree Hurdle over two-and-a-half is a better option than the Champion.”

Gary Moore will have to go back to the drawing board, though, after last year’s star juvenile Goshen bombed out and trailed home in last place.