MIKE TYSON is training again for the first time since his comeback fight against Roy Jones Jr.

The heavyweight legend returned to the ring after 15 years out in November, and did so with massive pay-per-view success. 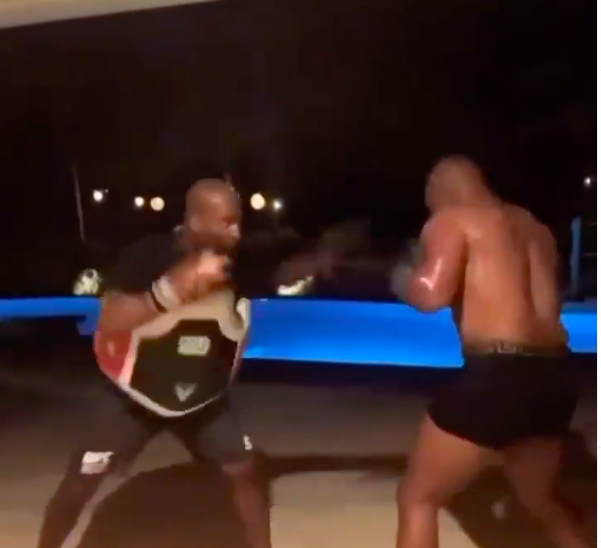 Tyson, 54, and Jones, 51, boxed to a draw over eight exhibition rounds in a fight that provided more clinching than punching.

Iron Mike confirmed afterwards that he will lace up the gloves as soon as possible, and even called for a rematch.

And it appears he is wasting no time in preparing for his next fight after hitting the pads with trainer Rafael Cordeiro.

In a clip shared on Instagram, Tyson lets his hands go with rapid speed, slipping and rolling in between, showing off smart defence.

A separate clip revealed the iconic puncher working solely on his defence, slipping several shots coming his way before bouncing on his toes.

Tyson and Jones are believed to have banked £60million for the 1.6million PPVs they sold.

And Iron Mike is ready to do it all again – keen to improve on his last performance.

He said after fighting Jones: "I could've done everything better.

"Everything I was doing I could've done it better, so God willing, I'll be better the next exhibition."

Jones, who only retired as a pro in 2018, hinted at a rematch having been underwhelmed with the draw.

He said: "I thought I did enough boxing on the outside to edge it out, but I'm cool with the draw.

"It means we just might have to do it again, but I don't know."