The cast of one of the most memorable shows in television history, HBO’s The Sopranos, reunited tonight for a special table read to benefit actor and former fireman Steve Buscemi’s favorite charity, Friends of Firefighters.

Highlighting the gathering was a cast read of a brand-new sketch cowritten by series creator David Chase and longtime writer/executive producer Terence Winter.

Titled “Bada Bing, Bada Zoom,” the sketch had cast members reuniting for an online group therapy session with Dr. Jennifer Melfi, the therapist who coaxed Tony Soprano (the late James Gandolfini) through many difficult moments on the series.

The entire webcast, along with the sketch, is available online here.

Topics touched on included auditioning for the show, which included Drea De Matteo’s one line (“Ow!”) and Steve Schirripa allegedly timing his audition to the lunch spread by Craft Services.

There were also several fan questions. Among them: Why was the “real Boss,” aka Bruce Springsteen, never on the show? Steven Van Zandt, who played consigliere Silvio Dante on The Sopranos and is also part of Springsteen’s E Street Band, revealed that there was talk of having The Boss appear as Silvio’s brother, but it never came to fruition. Still, Van Zandt said, the band had tapes of the show delivered to them while touring, and all gathered as a group to watch.

One poignant moment came when David Chase was asked to talk about James Gandolfini, who died in June 2013. Chase appeared overcome with emotion and struggled to find words to describe their relationship. “I’ve said once that we were like brothers. And we didn’t even get along that well. I don’t know what else to say. I can’t…” He added later: “He never protected himself,” when asked to take an acting risk. “He would just do it. Not always happily. But he would do it.”

Chase also allowed that killing off any character on the show was tough, even though the cast joked about the fabled “Lunch of death” where Chase would break the news.

The cast was also asked to name their favorite character in the series. Aida Turturro, who played Tony Soprano’s wayward sister Janice, named her TV brother. Edie Falco, who played Carmela, the long-suffering wife of Tony, named “the one-legged Russian girl, Svetlana. And Jamie Lynn Sigler nominated Carmela and Uncle Junior (Dominic Chianese). “He was so funny. I didn’t realize how funny he was.”

Schirppa had the comment of the night on that subject. He named “Paulie Walnuts (Tony Sirico). “The wings are iconic. Him and Grandpa on The Munsters were the only ones.” 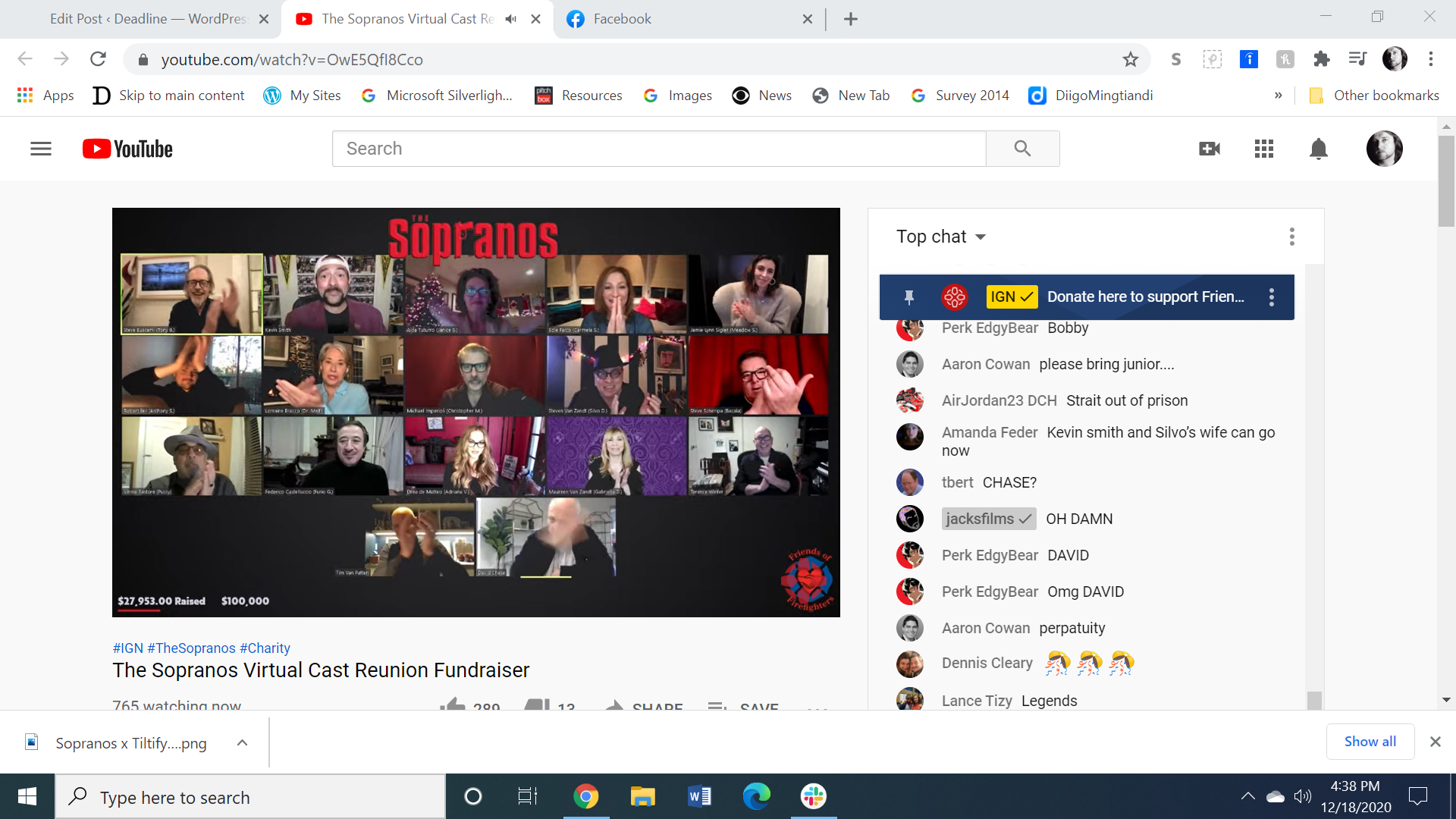