MIKE TYSON once threatened to beat up Michael Jordan over their romantic history with the same woman, the boxer's former manager has claimed.

The former Baddest Man on the Planet, 54, has now confirmed he will make his comeback against Roy Jones Jr on September 12. 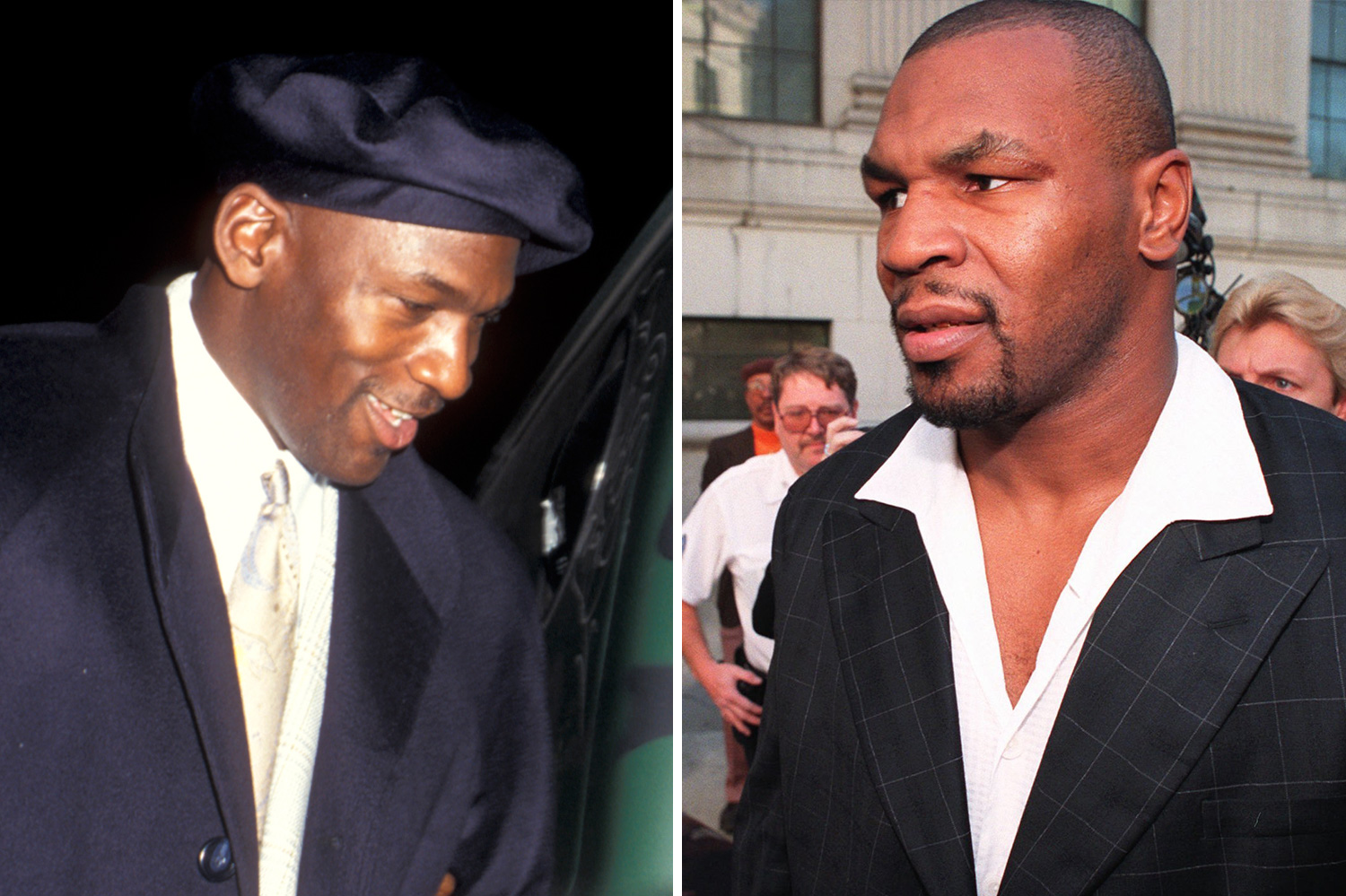 But ahead of his comeback, Rory Holloway has revealed what happened when Tyson when he attended a birthday dinner for Chicago Bears star Richard Dent in 1988.

Plenty of famous faces were at the December bash, including Jordan, boxing promoter Don King and Bears coach Mike Ditka.

Tyson was in his pomp with an undefeated record and unified title to his name –  it was a point in his life when he was also known for decadent and lavish partying.

But it was Jordan's history with Robin Givens, Tyson's ex-wife who the NBA legend had previously dated, that brought about the tension.

Holloway wrote in his book chronicling the boxer's career, via BoxingScene: “Mike Tyson’s sitting there with his drink of choice, a Long Island Tea, and when he drinks his real feelings come out.

“I’m telling the server to water his drinks down because I see where this is going.

Jordan, it’s obvious he just wants to get up and run. He wants no part of this."

“Jordan looks like he just seen a ghost. ‘I know you messed with her,’ Mike says. ‘You can tell me.’

“Jordan, it’s obvious he just wants to get up and run. He wants no part of this. Mike turns to Ditka. ‘Man, you think somebody scared of you, all that racist s*** you been talking?’

“He says to Dent, ‘Y’all scared of this damn white man, Richard? He ain’t nobody. You gonna let him talk that way?’

“It was a circus, for real, that night. Don King trying to change the subject. Me and John trying to hold Mike down.

“Mike telling everyone he’s going to bust Jordan’s ass. Jordan’s dressed sharp as always and he can’t get out of there fast enough.”

Differing reports of the night have been bandied around over the years and Jordan, currently subject to the hit ESPN series focusing on his departure from Chicago, is said to have declined to ever comment on his run-in with the boxing champ.