Home » Sport » Nation fell for Nobby Stiles as he danced with dentures in hand.. no 1966 hero will be remembered with greater affection HE was the self-styled half-blind dwarf who conquered the world in dentures.

And if Nobby Stiles was not the finest footballer of England’s 1966 World Cup winners, then few of Sir Alf Ramsey’s history men will be remembered with greater affection. 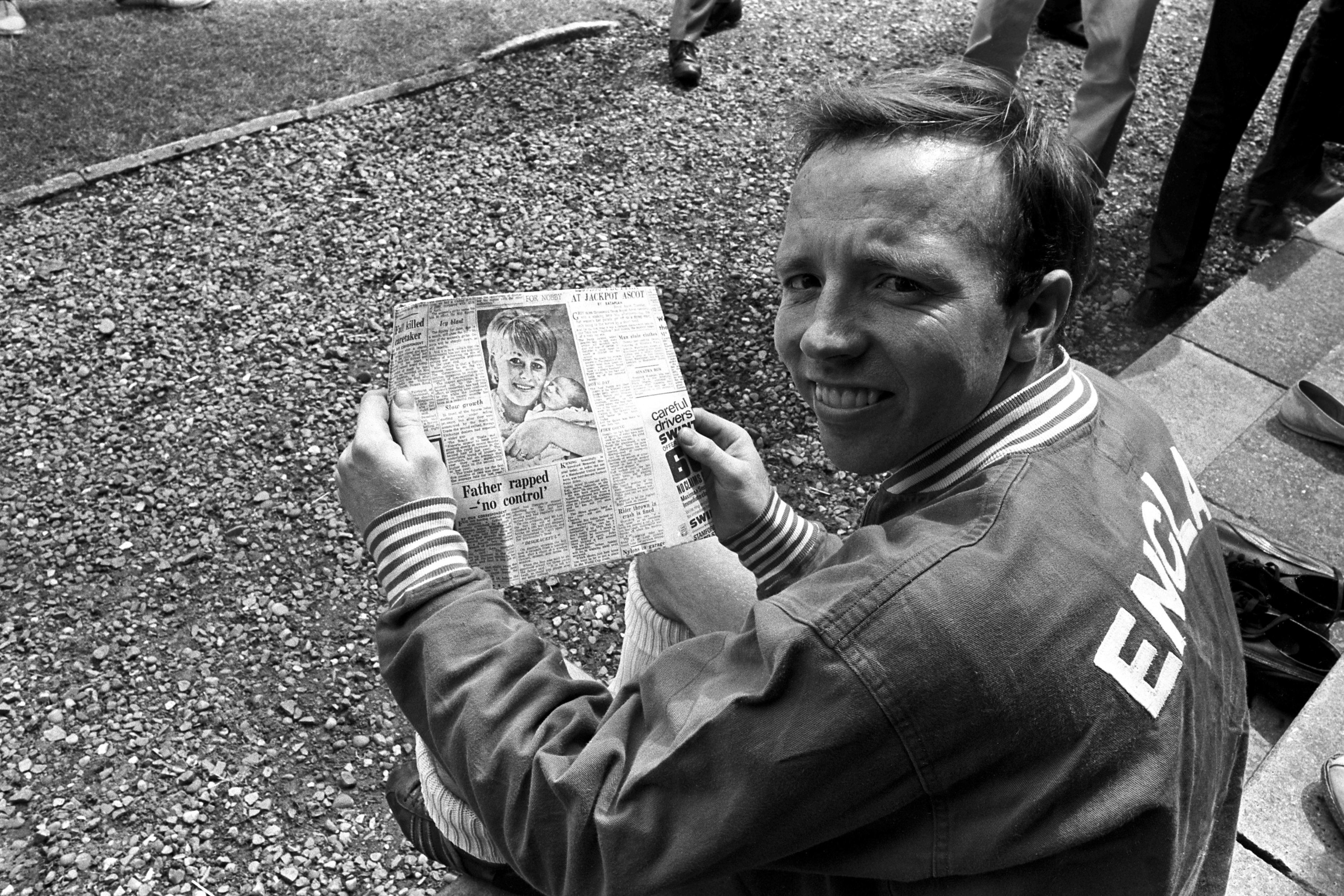 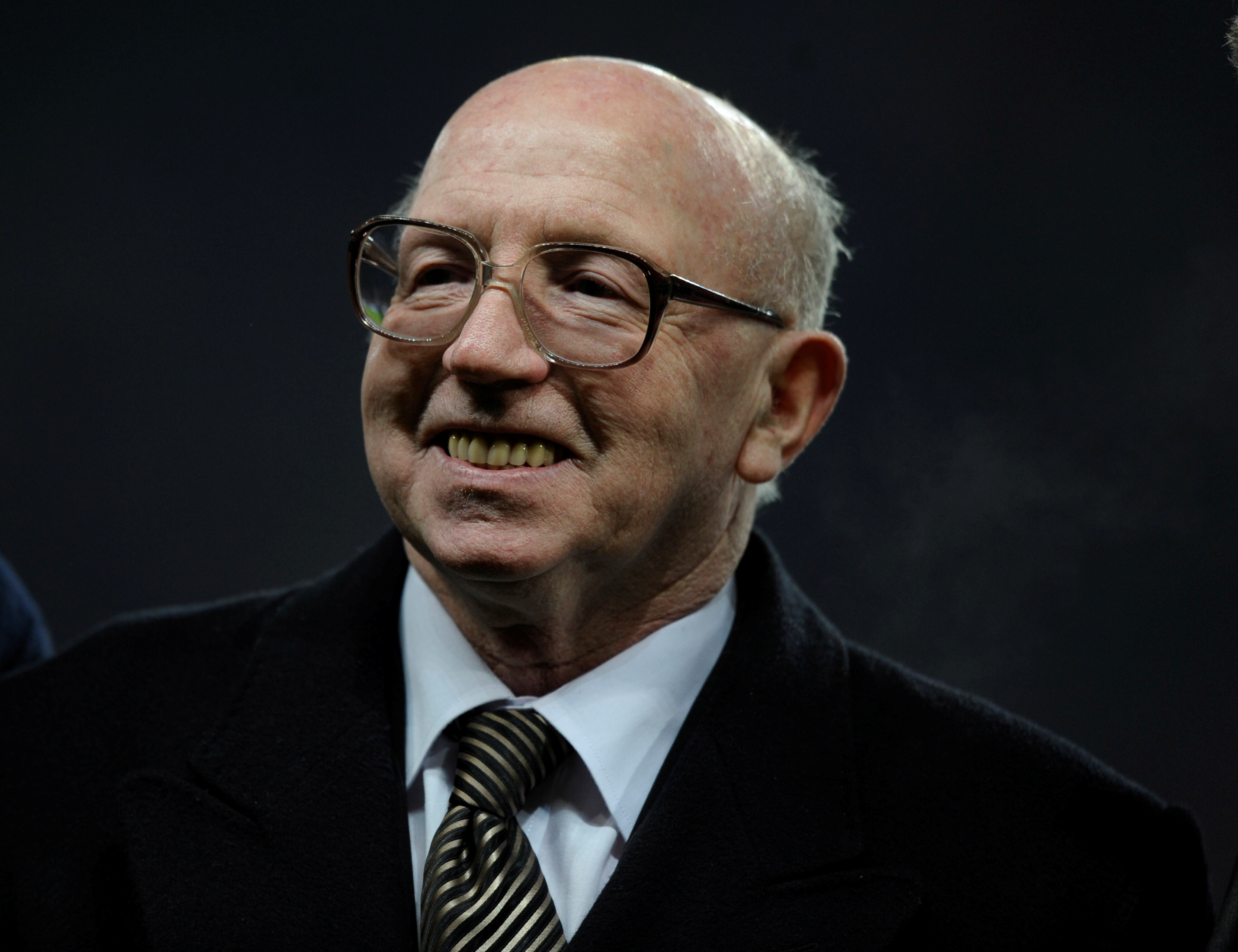 The image of a 5ft 6in Stiles deliriously jigging around the Wembley touchline with the Jules Rimet Trophy in one hand and his false teeth in the other, is a glorious snapshot of that golden summer of 54 years ago.

It is immortalised in Skinner and Baddiel’s Three Lions – ‘Bobby belting the ball and Nobby dancing’.

That line mentions the only two English footballers ever to have won both of football’s greatest prizes – the World Cup and the European Cup.

Those defeats of West Germany in 1966 and against Benfica at the same venue two years later, were both shared with his Manchester United team-mate Bobby Charlton.

Stiles was just 24 when England won the World Cup yet he looked a decade older.

To modern eyes, still shots of Stiles make him appear anything other than an elite footballer.

Yet watch video footage of Stiles in his pomp and it is clear he would have been an outstanding player in any era.

Toothless but ruthless, Stiles was so much more than a hard-tackling midfield destroyer – he was a wonderful passer of the ball with a box-to-box engine. 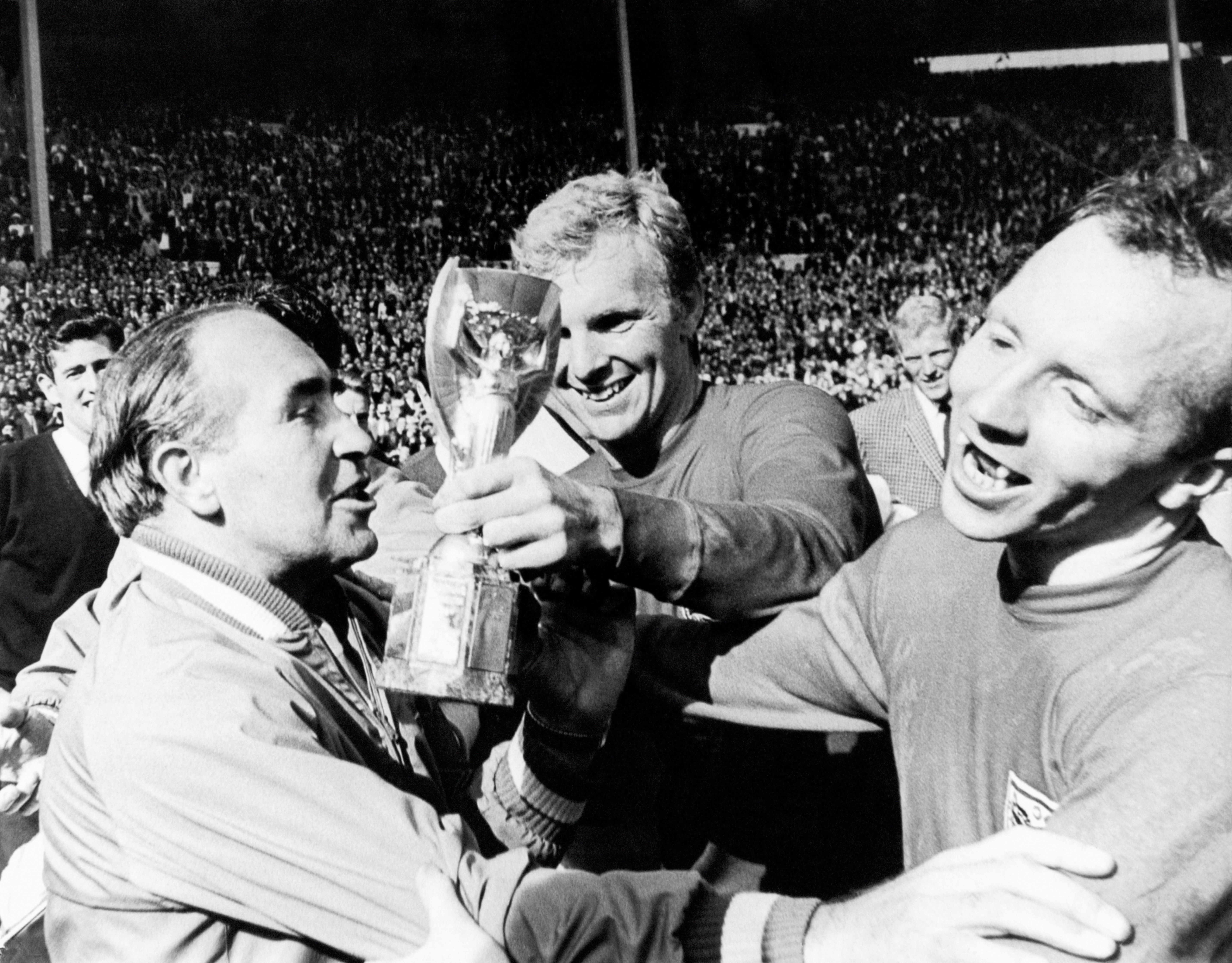 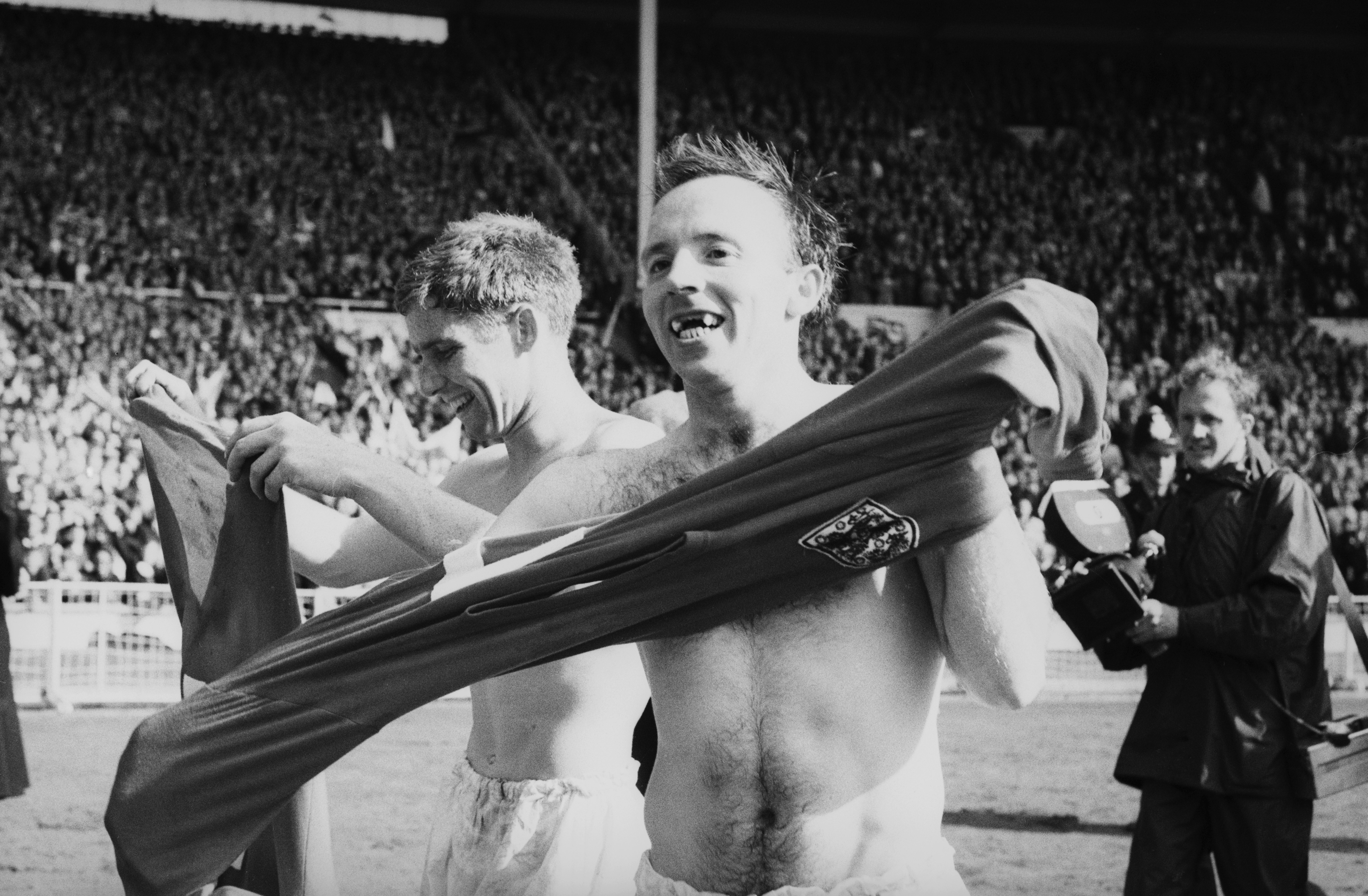 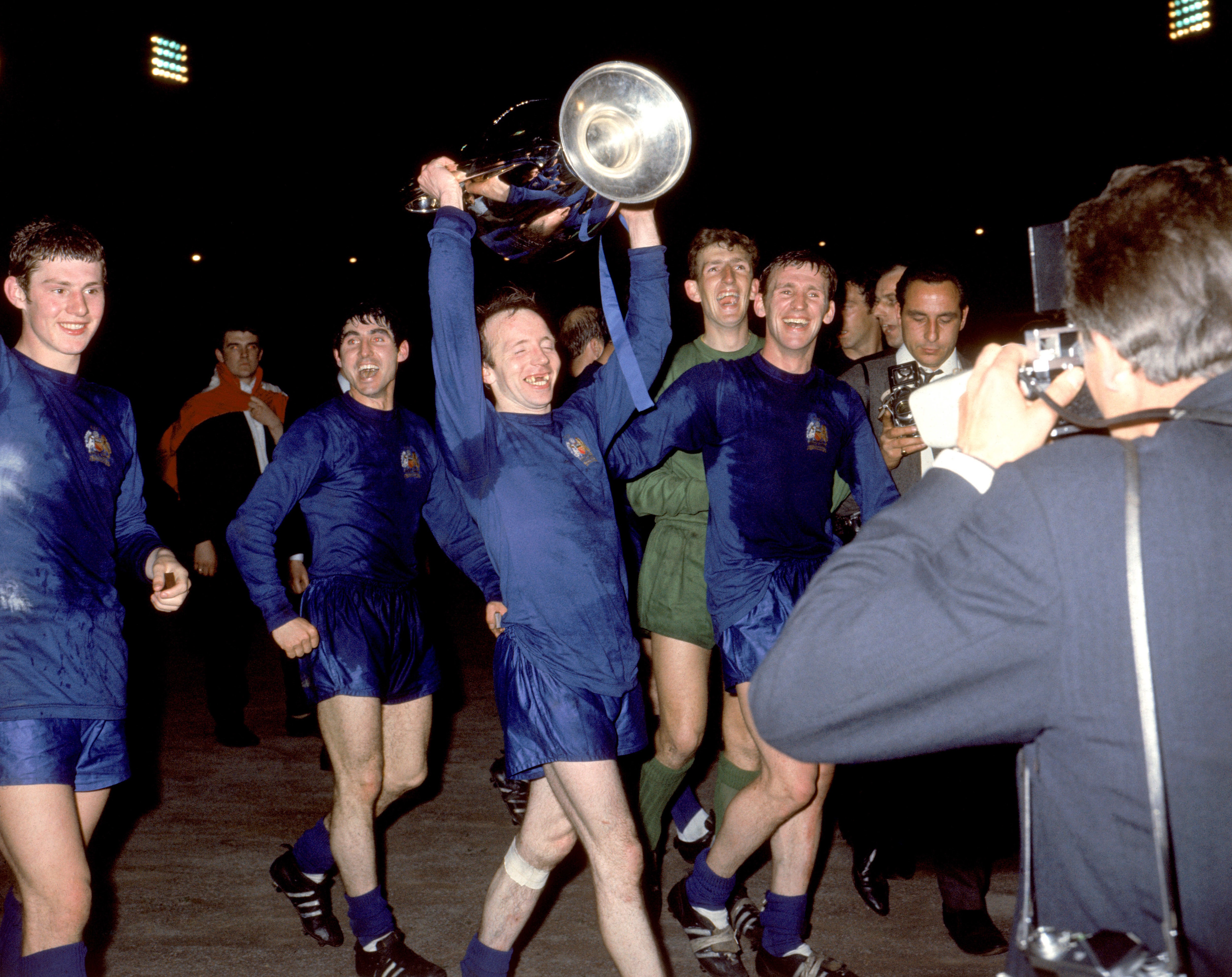 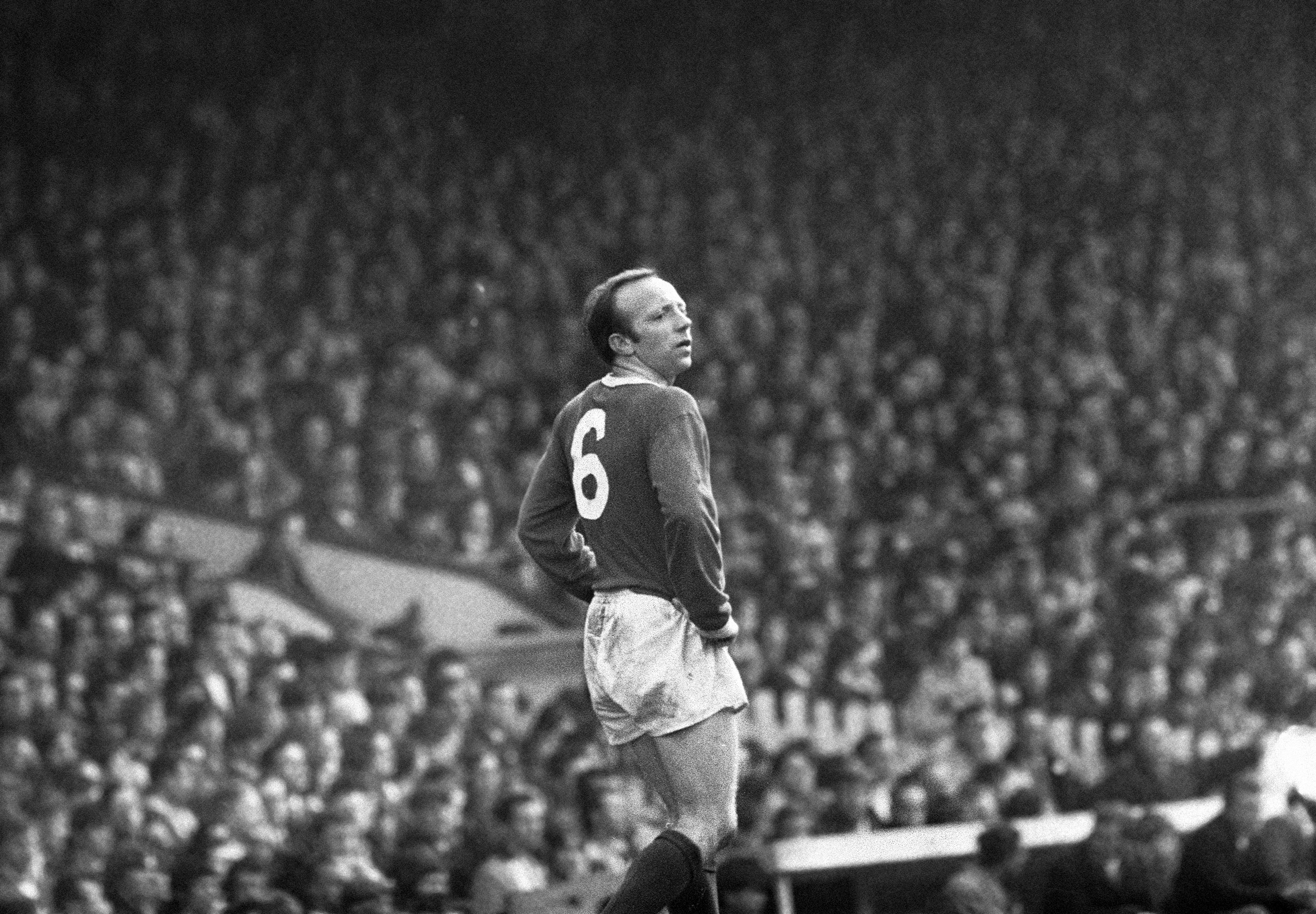 Ramsey was so fiercely loyal to Stiles that he threatened to resign as England manager midway through the 1966 campaign when the FA ordered him to be dropped after a hatchet job on France’s playmaker Jacques Simon in the group stage.

Stiles later recalled: “By all accounts the [FA selection] committee told him in no uncertain terms I couldn’t play, that England needed to make an example of me. I was a liability, they said.

“Alf told them he’d resign if he couldn’t pick who he wanted. He was prepared to resign in the middle of a World Cup over me. I never found that out till he’d died, Alf. What a man.”

Ramsey won his power struggle and Stiles played his full part in the quarter-final victory over Argentina – a full-on war of a match in which England could easily have succumbed without their little combat hero.

Stiles’ man-marking job on Eusebio in the semi-final nullified the threat of the Portuguese talisman – as was so often the case, Stiles relished the dirty work while his United team-mate Charlton grabbed the glory with two goals.

“My job was to win it, give it to Bobby and let him get on with it,” said Stiles.

With 28 international caps, Stiles was the least capped of Ramsey’s glory boys – he scored his only England goal against West Germany in 1966 but in a friendly five months earlier.

Stiles played 395 times for United, winning two league titles as well as the European Cup, then played for Middlesbrough – where he would briefly partner a young Graeme Souness in a midfield that had little time for compromise. 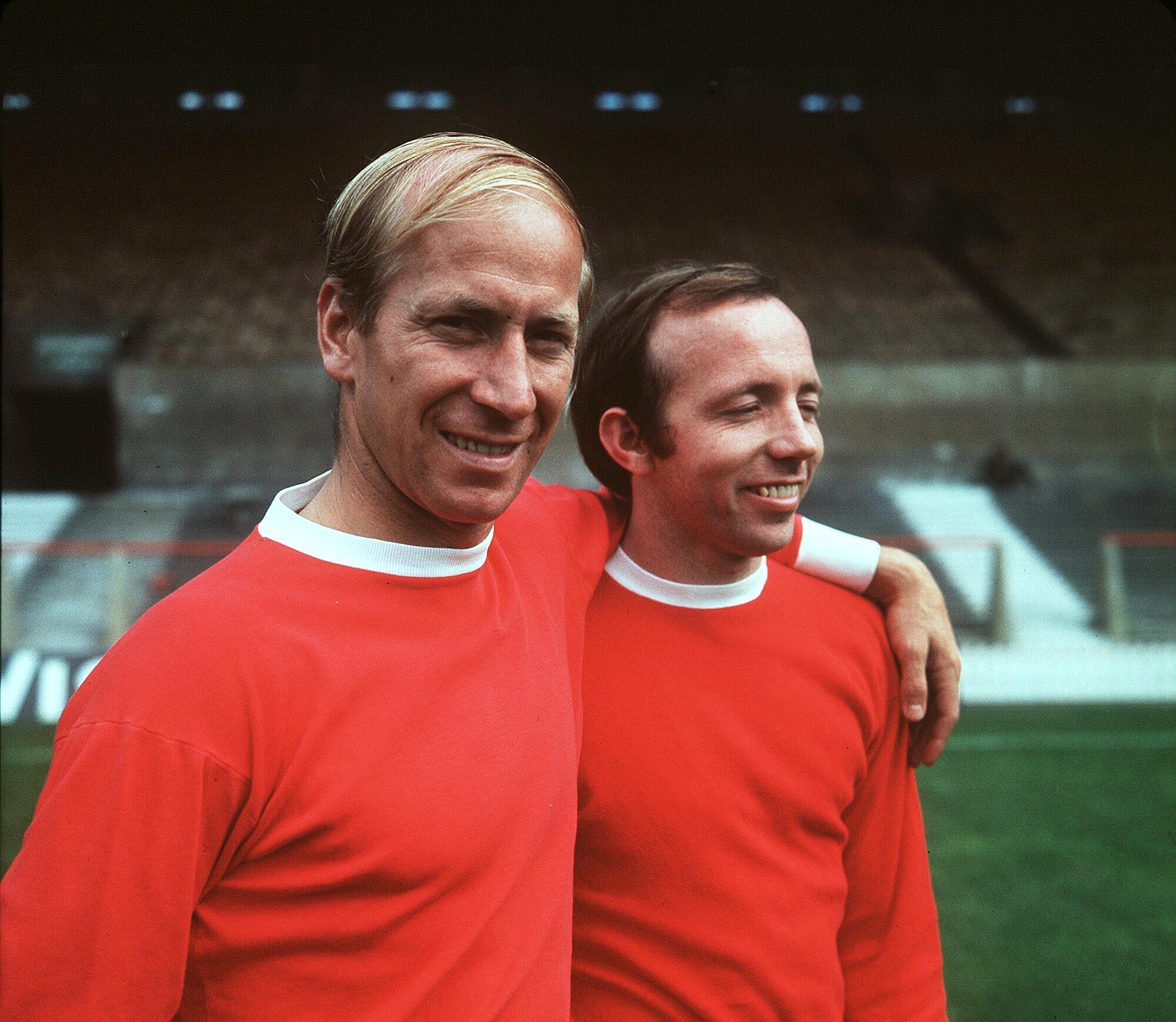 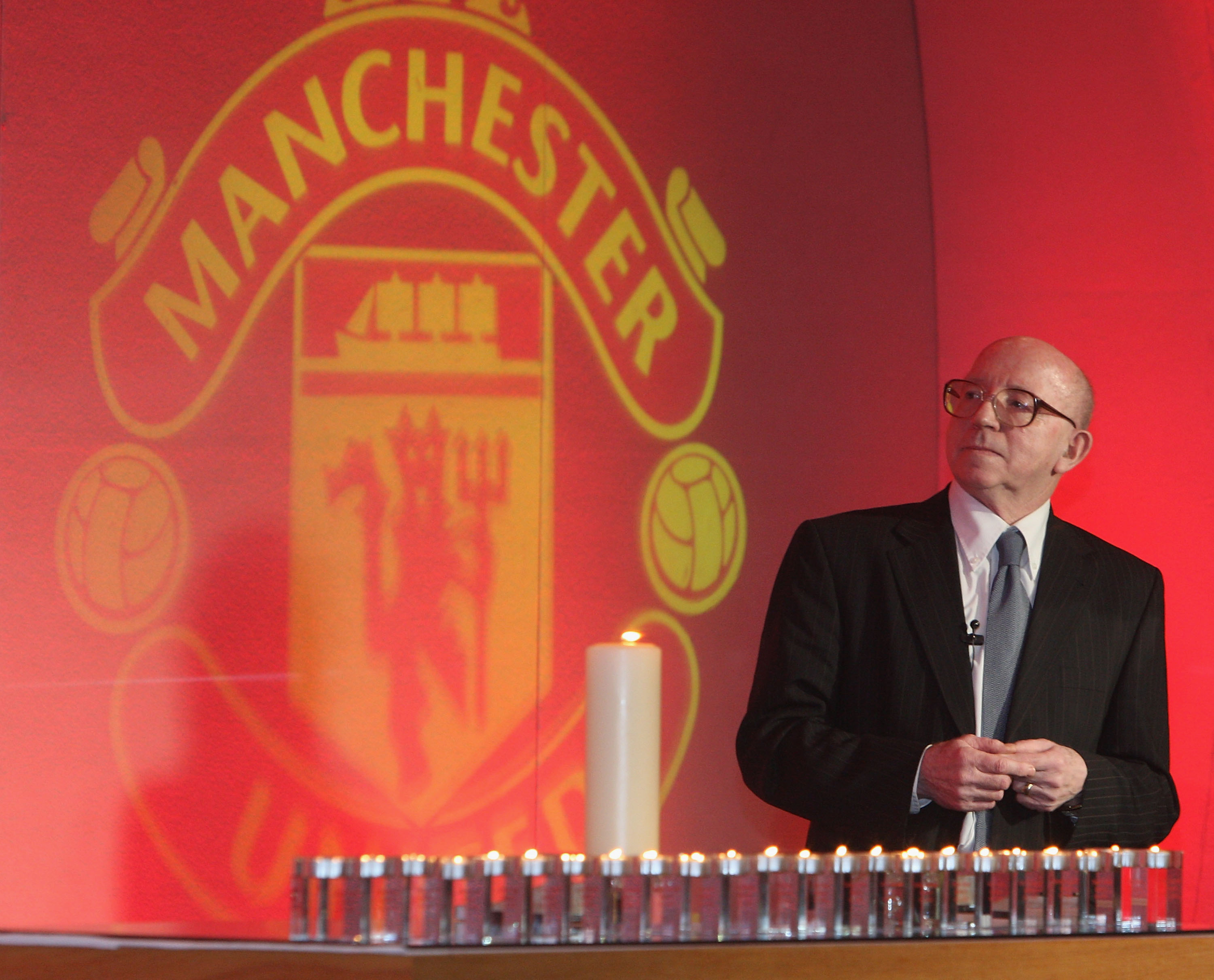 He later played for and managed Preston, had a brief spell as boss of West Brom and coached at United under Sir Alex Ferguson.

Yet he was happy to admit he would always be chiefly remembered for 1966, friends of his grandchildren asking him: “Hey, you, you’re the fella with no teeth who danced round Wembley, aren’t you?”

During the last two and half years alone we have lost Ray Wilson, Gordon Banks, Martin Peters, Jack Charlton and now Stiles.

And English football did not look after its greatest heroes as it should have done.

Like many of his team-mates, Stiles auctioned off his medals and memorabilia to aid his family – he had three children with wife Kay, the sister of another midfield legend, Johnny Giles.

In his later years, Stiles suffered from prostate cancer as well as dementia, his family critical of the lack of support for this condition, so heavily linked with the heading of heavy old-school footballs.

Now Stiles will be honoured with silences in an era when football stadiums are too silent always. 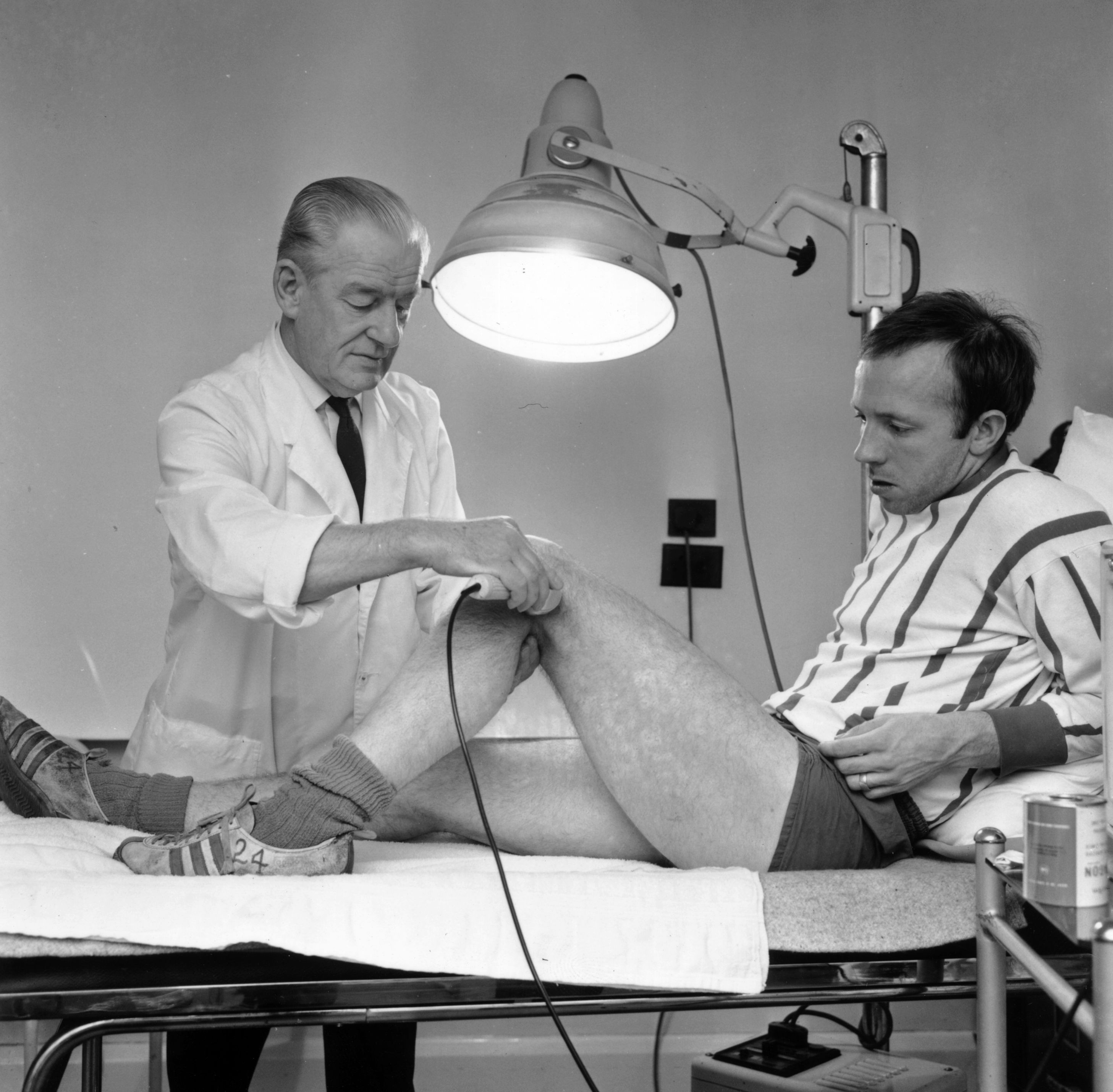 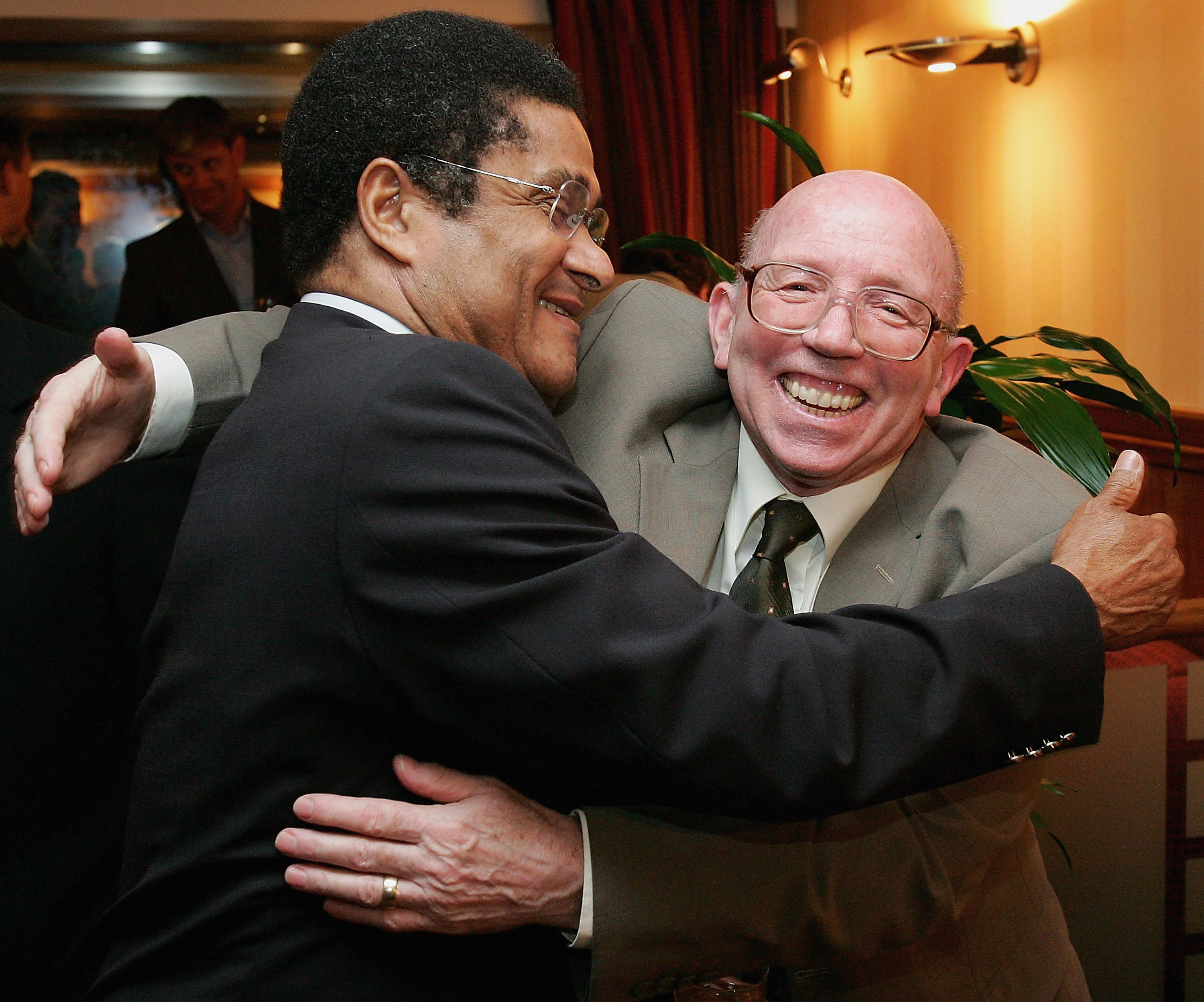 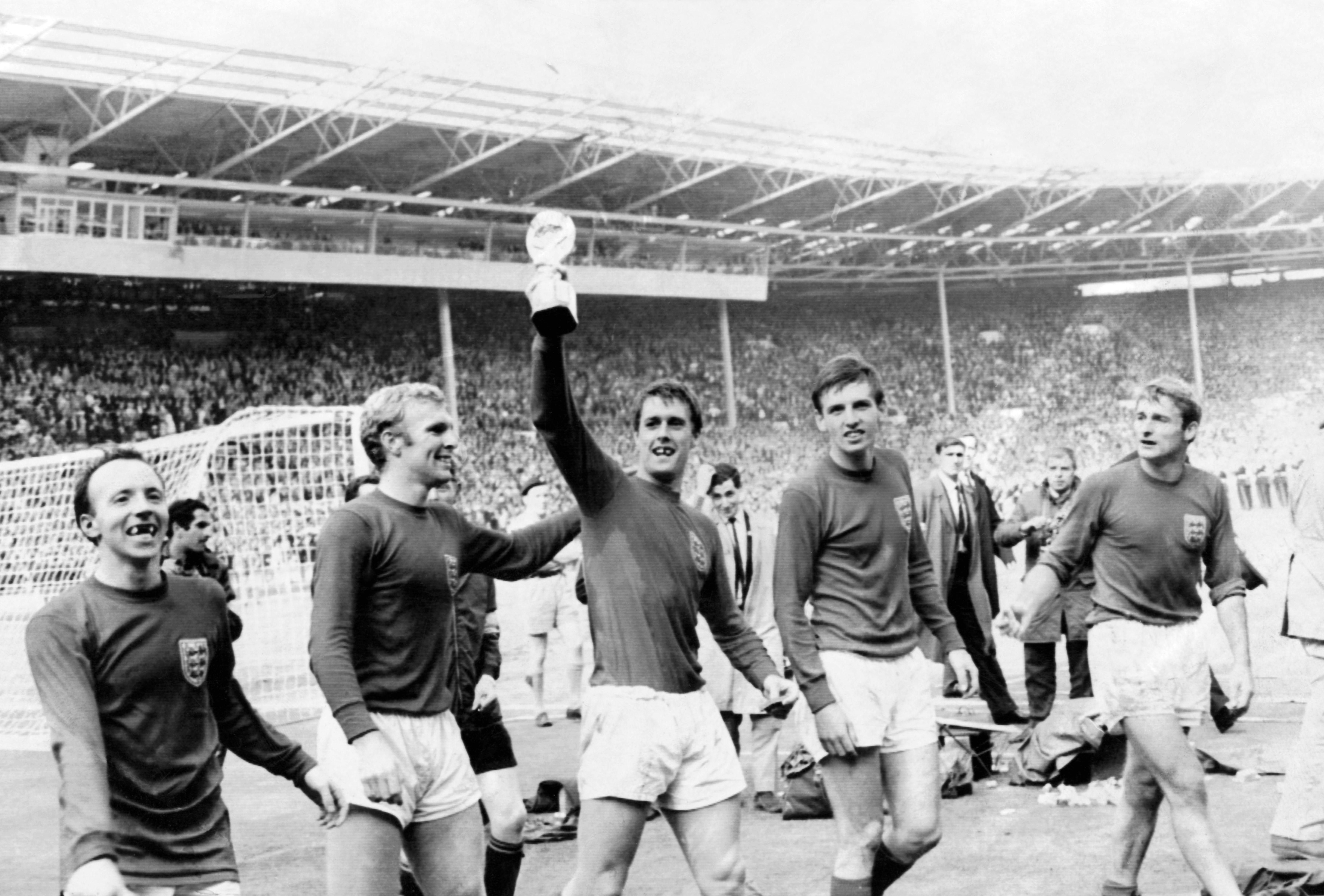 He deserved greater aid from the football family in times of illness.

And he deserves the roar of the crowds in packed stadiums to properly commemorate him.

Because Stiles was English football’s great cult hero – the earthy, unlikely-looking man-of-the-people, the ‘heart and soul’ of that 1966 team, according to Hurst.

He tackled like thunder, he danced like a madman and he brought untold joy to all England.

Not bad for a myopic midget with dodgy dentistry. Not bad at all. 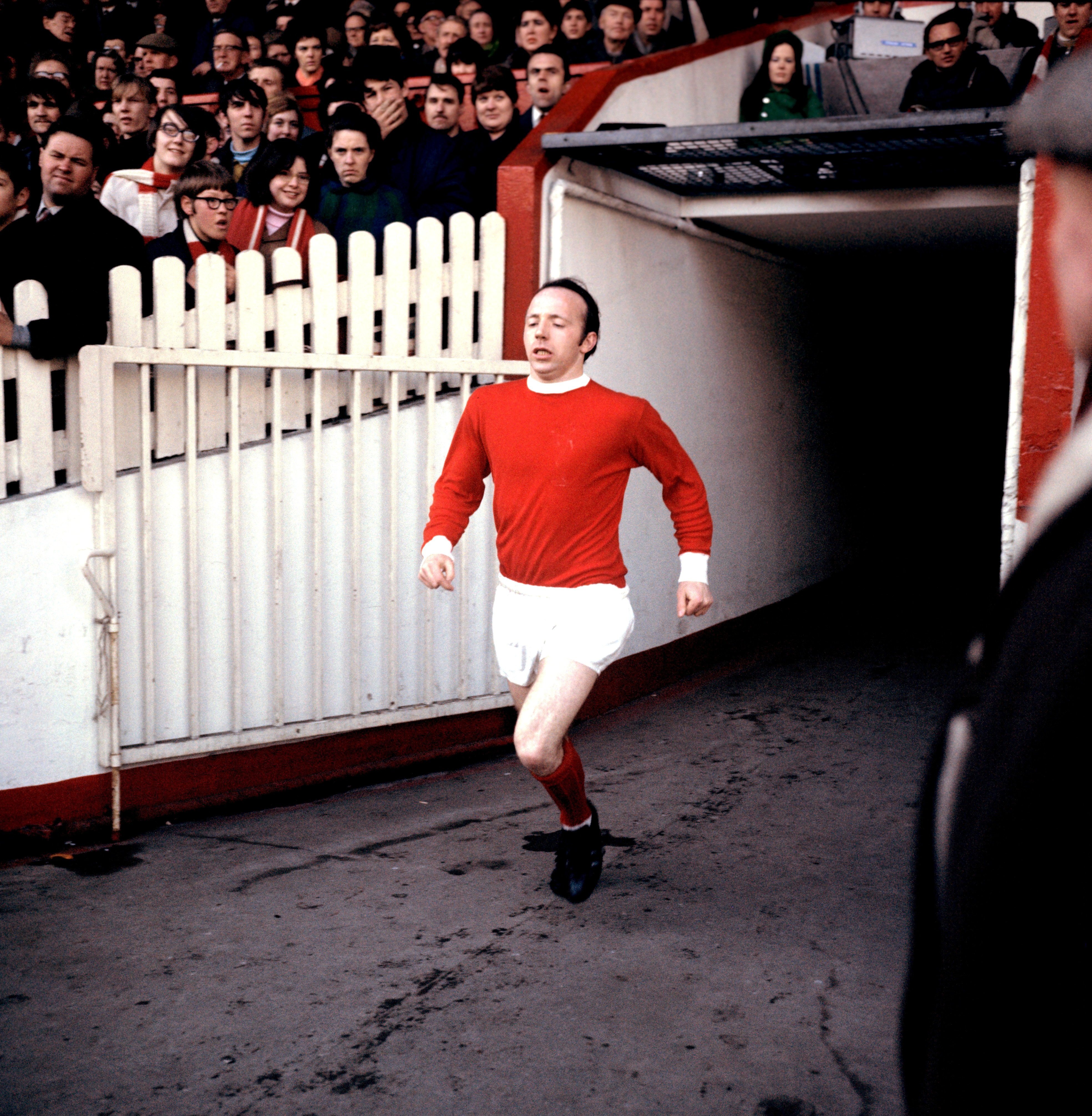 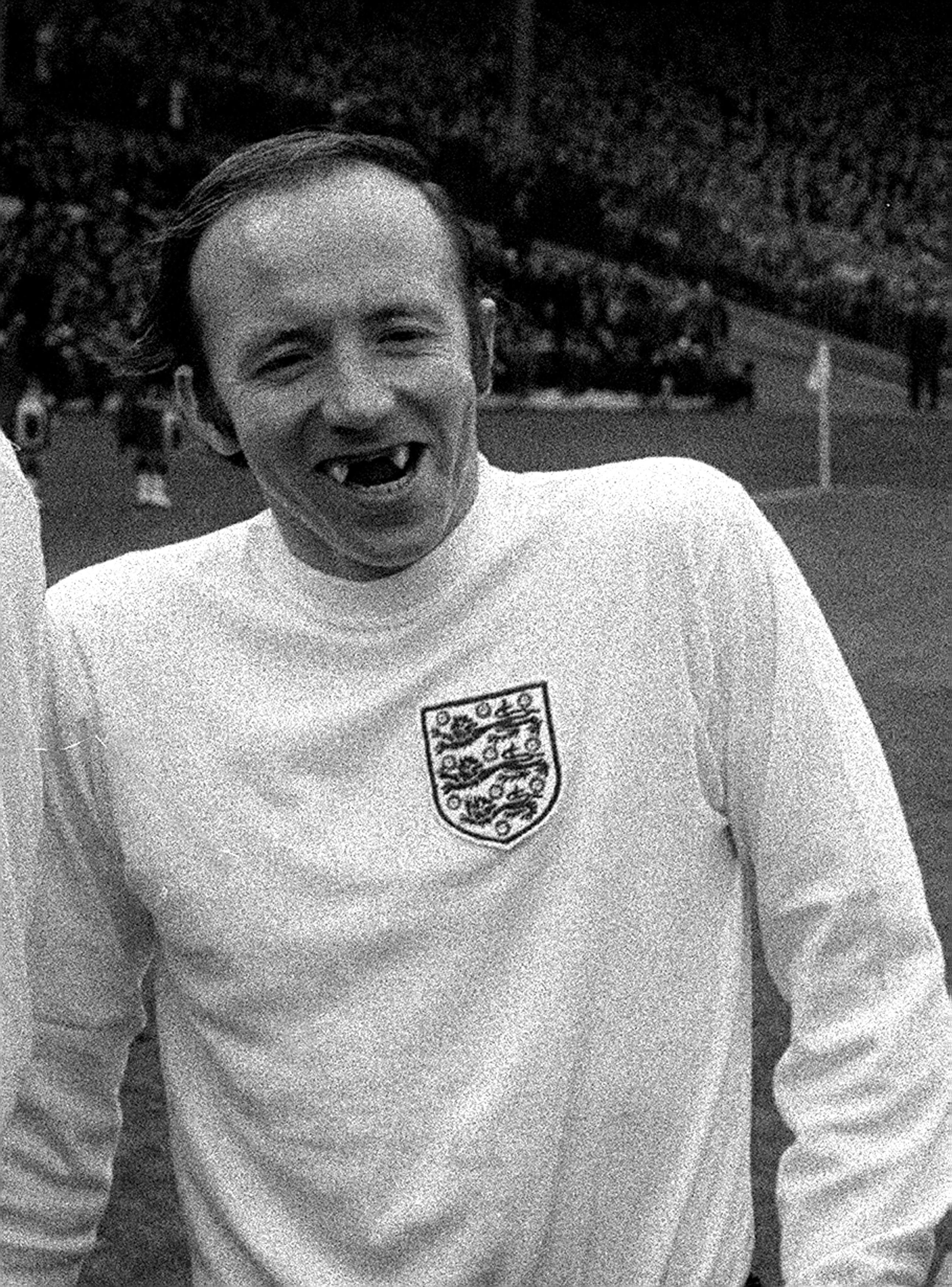 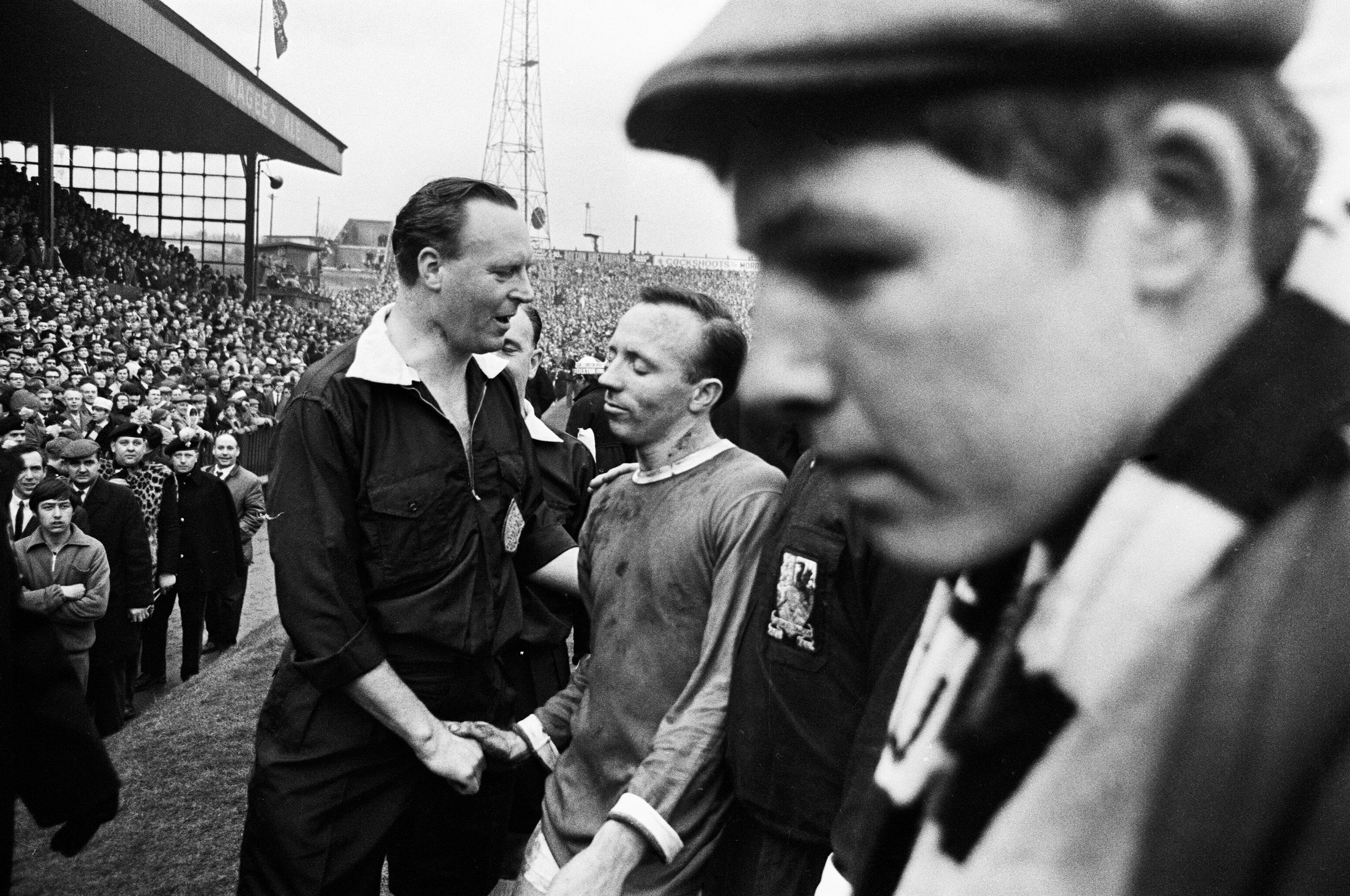