Home » Sky Sports announce Floyd Mayweather fight with Logan Paul will cost hefty £16.95 as fans rage 'it's a sham of a fight'

Sky Sports announce Floyd Mayweather fight with Logan Paul will cost hefty £16.95 as fans rage 'it's a sham of a fight'

FLOYD MAYWEATHER'S exhibition fight against Logan Paul will cost viewers in the UK £16.95 to watch.

And that price to see the undefeated boxing legend take on a YouTuber has been met with ridicule by many on social media. 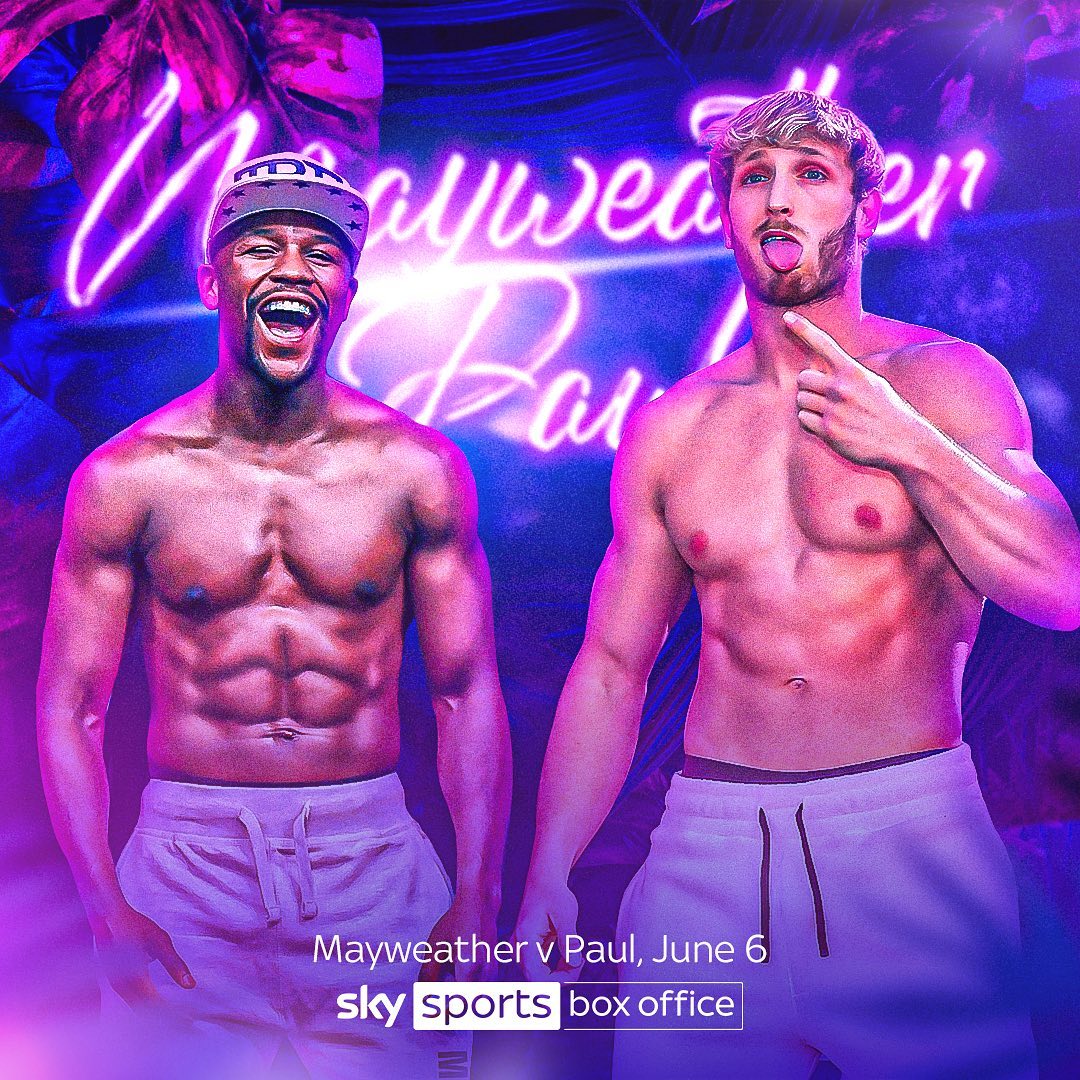 Mayweather has shared intense training videos recently as he prepares to take on a man several weight divisions above him.

But the general consensus is that the Sky Sports Box Office bout will be a walk in the park for the man known as 'The Money'.

And paying £16.95 for the privilege of watching of watching it in the early hours of Monday, June 7 for people in the UK doesn't seem that appealing.

Matt Irwin added that it was '£17 saved', while Paul Smith posted that he 'wouldn't watch it if it was free to air'.

Jonathan Best wrote that it was 'an embarrassing event'.

Mark Passfield quipped that the event 'will cost me £0' – one person who clearly won't be parting with any money.

'Farce', 'useless event', 'circus' and 'sham of a fight' were just some of the descriptions used for the clash.

Many boxing fans were angered that Josh Taylor's stunning undisputed junior-welterweight victory against Jose Ramirez was ignored by the big broadcasters – yet Sky Sports are promoting Mayweather vs Paul.

Darren Newton wrote on Twitter: "Would rather have payed that for Josh Taylor."

Ian Johnston added that he 'would have paid this for Taylor', but not this 'nonsense'.

Mayweather is apparently 'p****d off' and has a 'fire lit under him' after Logan's brother Jake stole his hat.

So says sparring partner Douglin, who thinks the 44-year-old will make Logan 'pay' for his brother's indiscretions.