GARETH SOUTHGATE will not let his Three Lions stars suffer the same mental torture he faced after Euro 96. 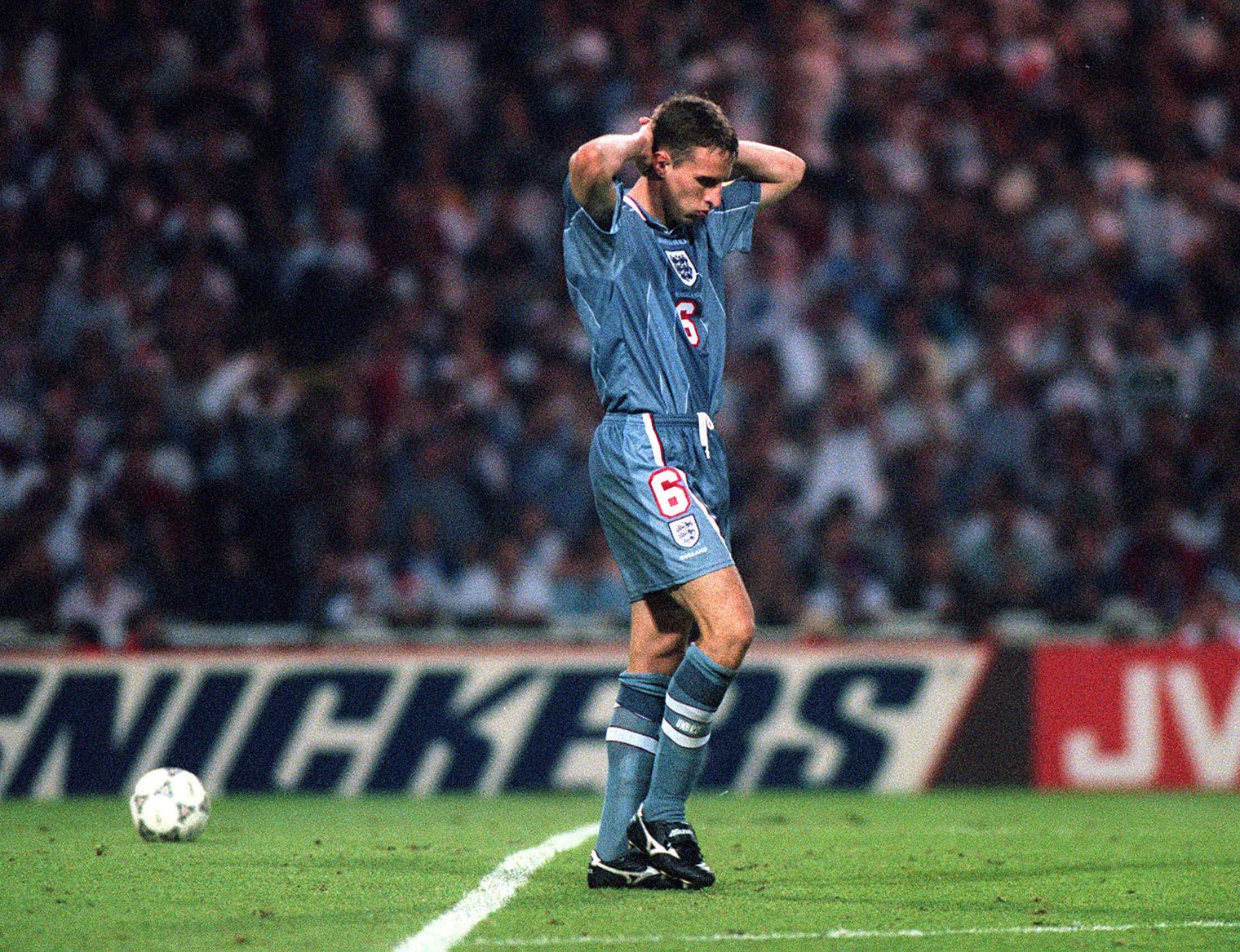 But it was the pain of missing that decisive spot-kick at Euro 96 — and the public abuse that followed — which inspired Southgate’s modern England set-up.

Speaking on a BBC show about men’s mental health, Southgate condemned the lack of support he was given after his semi-final penalty heartache against Germany.

He admitted: “The process afterwards was amateur. All the press are outside our house, so we’re dealing with that on our own, burying ourselves in the house.

“The aftermath was a feeling of everywhere you go, ‘Yeah, it was me. I was the one who got us knocked out of that tournament’.

“For years, people with young kids would introduce me, ‘This is Gareth. He was the bloke — remember that?’.

So Southgate, 48, wanted to do things differently when named England boss in 2016. And he was desperate to create an environment where his players could flourish.

It worked wonders last summer as England reached their first World Cup semi since Italia 90, even winning a penalty shootout along the way against Colombia.

Talking to Prince William on BBC show ‘A Royal Team Talk: Tackling Mental Health’, Southgate said: “I had a belief English players could play in a different way.

“I felt it was important an environment was created where players could try things, show their skills.

“You see it very often for their clubs, then they go away with the national team and were thinking about what might go wrong, rather than how might we be the best in the world.

“So the starting point was — why is that happening? What was that like for me?

“And then trying to build an environment where people can be themselves.

“We’ve sat and connected today and chatted about things we wouldn’t really talk about normally.

“That’s powerful because if we were going out to play, we have got shared experiences. You go that bit further for your team-mate if they are suffering.

“To perform well you, you open up.”

Peter Crouch also revealed on the show how fan abuse about his lean, 6ft 7in frame affected him badly.

The Burnley striker, 38, said: “When I broke into the QPR team, people judged me on my appearance.

“Although I make light of those things now, they were a big problem for me growing up because no teenager wants to go through these things.

“And football fans can be very, very ruthless. I had these hang-ups and always used to cry.

Crouch, who scored 22 times in 42 games for England, feels it affected his chances of being a regular national team starter.

He explained: “One of my first England games, I was booed coming on. My family were in the crowd.

“It was horrible and I thought of my mum as I was coming on, thinking, ‘She’s going to be crying her eyes out’.

“I always thought because of the way I looked, there was a stigma against me.”