STEVENAGE will be sponsored by Burger King this season – and the players will look like they work there.

The League Two club released their home and away kits – and they went down a treat on social media. 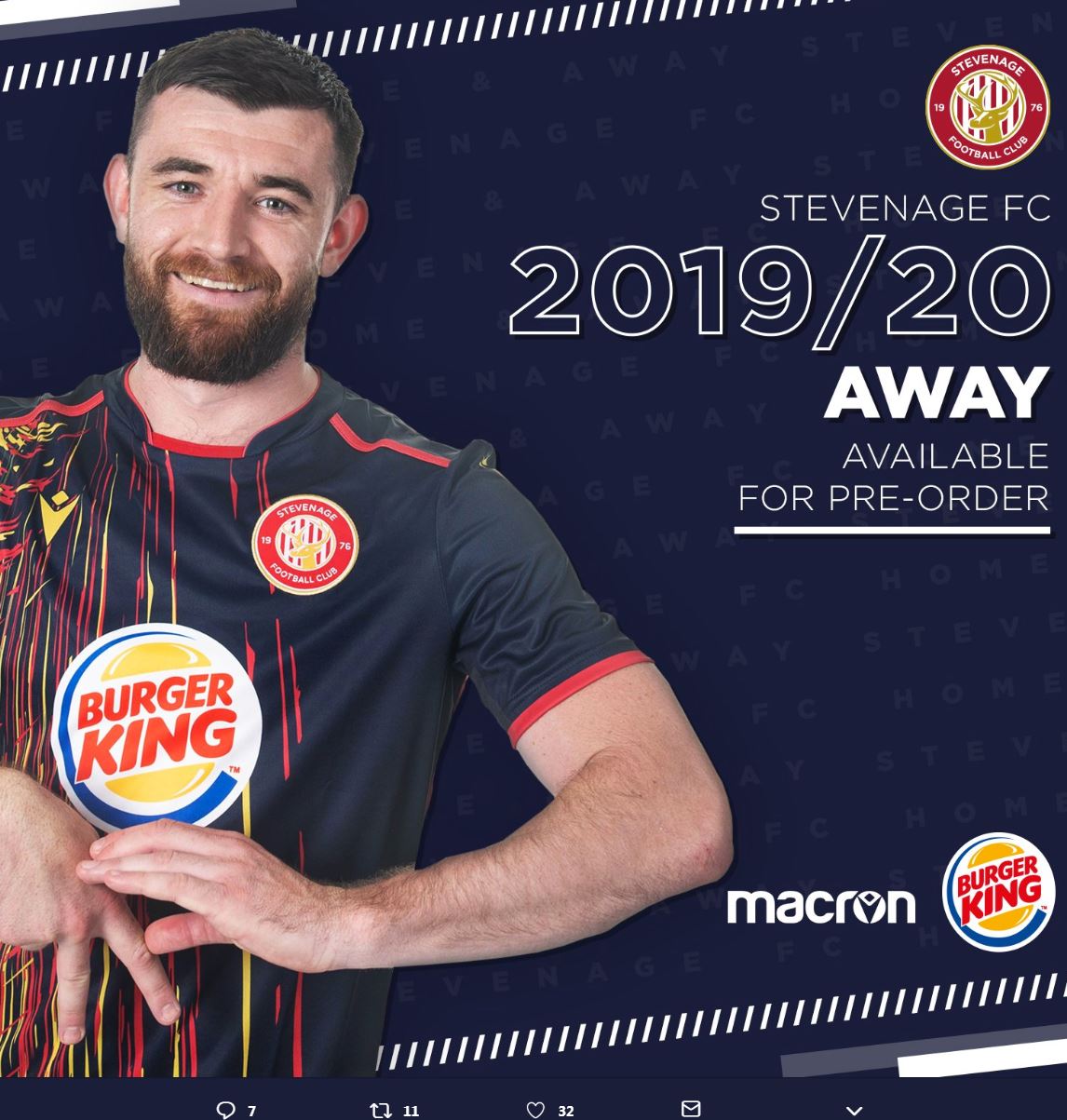 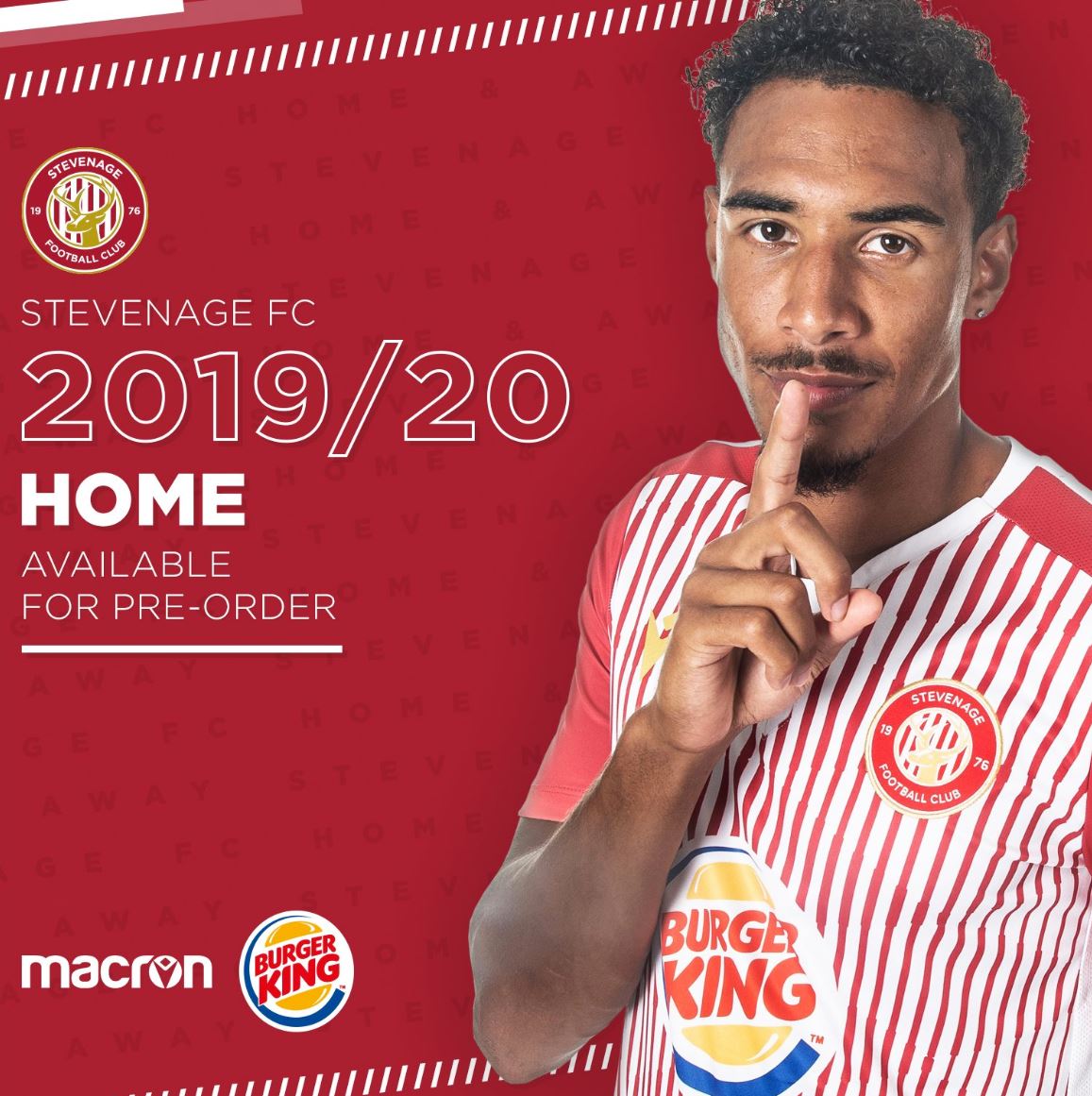 The home shirt is red and white stripes with the fast food logo emblazoned in the centre.

But it's the away kit that will make the players look like real Whoppers next season.

The shirt is black with what can only be described as looking like mustard and ketchup thrown at it.

Which of course is rather apt considering who the sponsor is.

Even midfielder Danny Newton poked fun at the design when he uploaded a photo of him in the, fetching, shirt.

Unsurprisingly, football fans were quick to comment as the kits made their appearance on social media.

One person wrote: "Quite impressive to make it look like they actually WORK at Burger King."

Aden Habibi posted: "Home kit looks like that sheet they put on the Burger King trays."

While Phil Fifield wrote: "The away looks like a mustard and ketchup fight at Burger King."

Will Jones described the kits as "shocking", while James Collins agreed, saying that they are "the worst kits I've ever seen".

He then rather cruelly described Stevenage as the "laughing stock of League Two".

And it's not the first time Burger King has put its name to a wacky kit design.

Back in 2009 it was the shirt sponsor for Spanish side Getafe.

The logo was plum centre, but the defining feature was an image of "The King" when the shirt was lifted over the player's head. 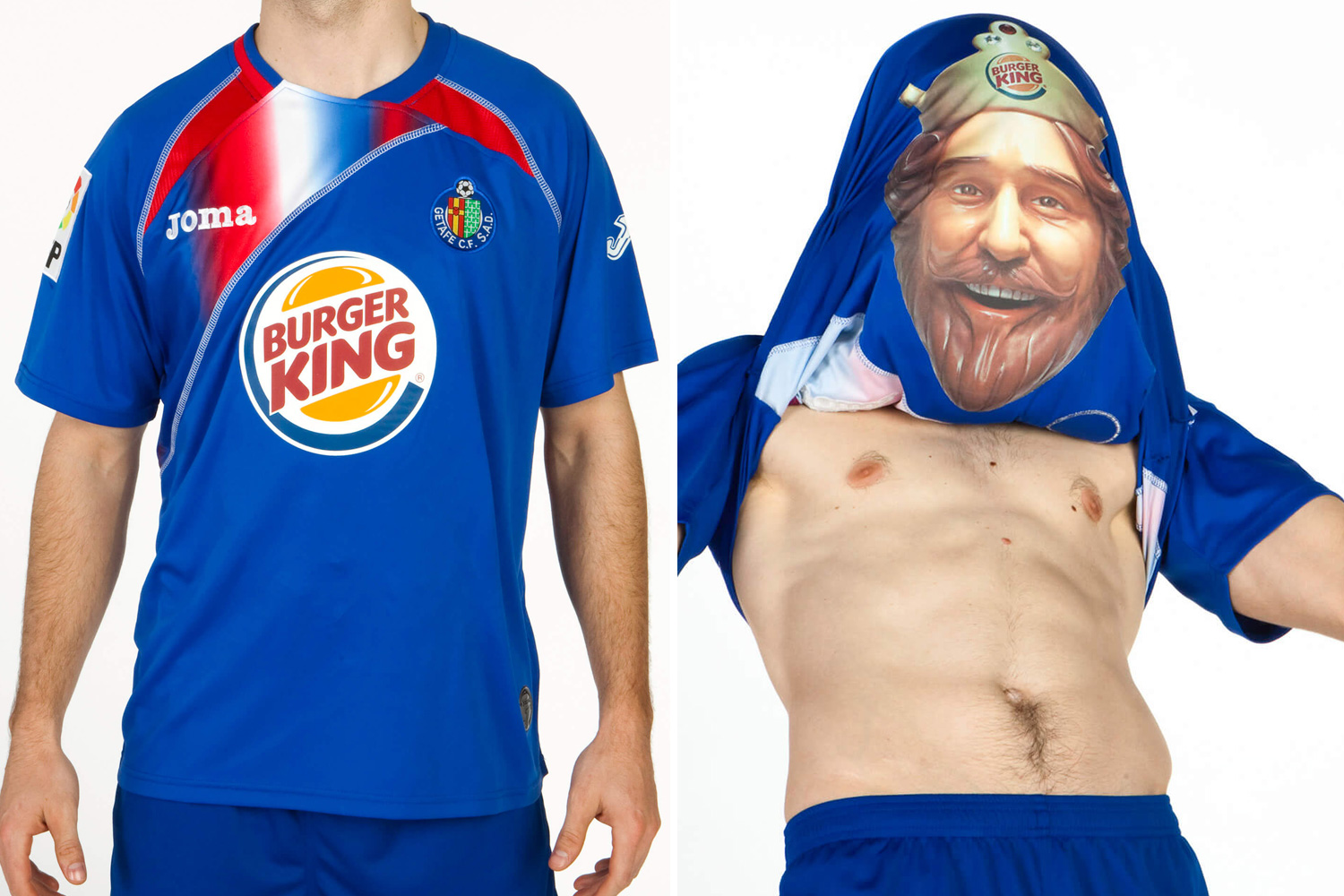