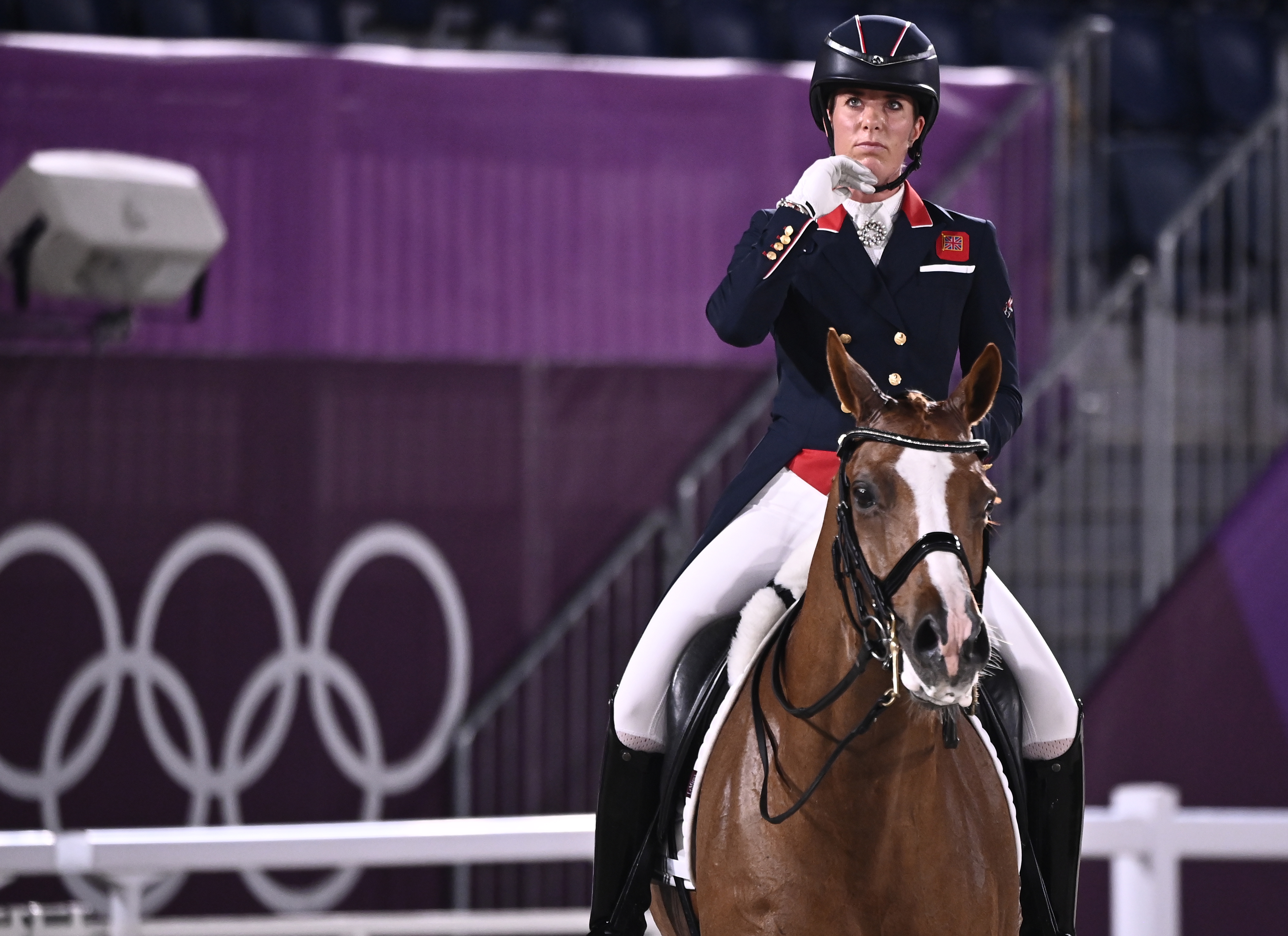 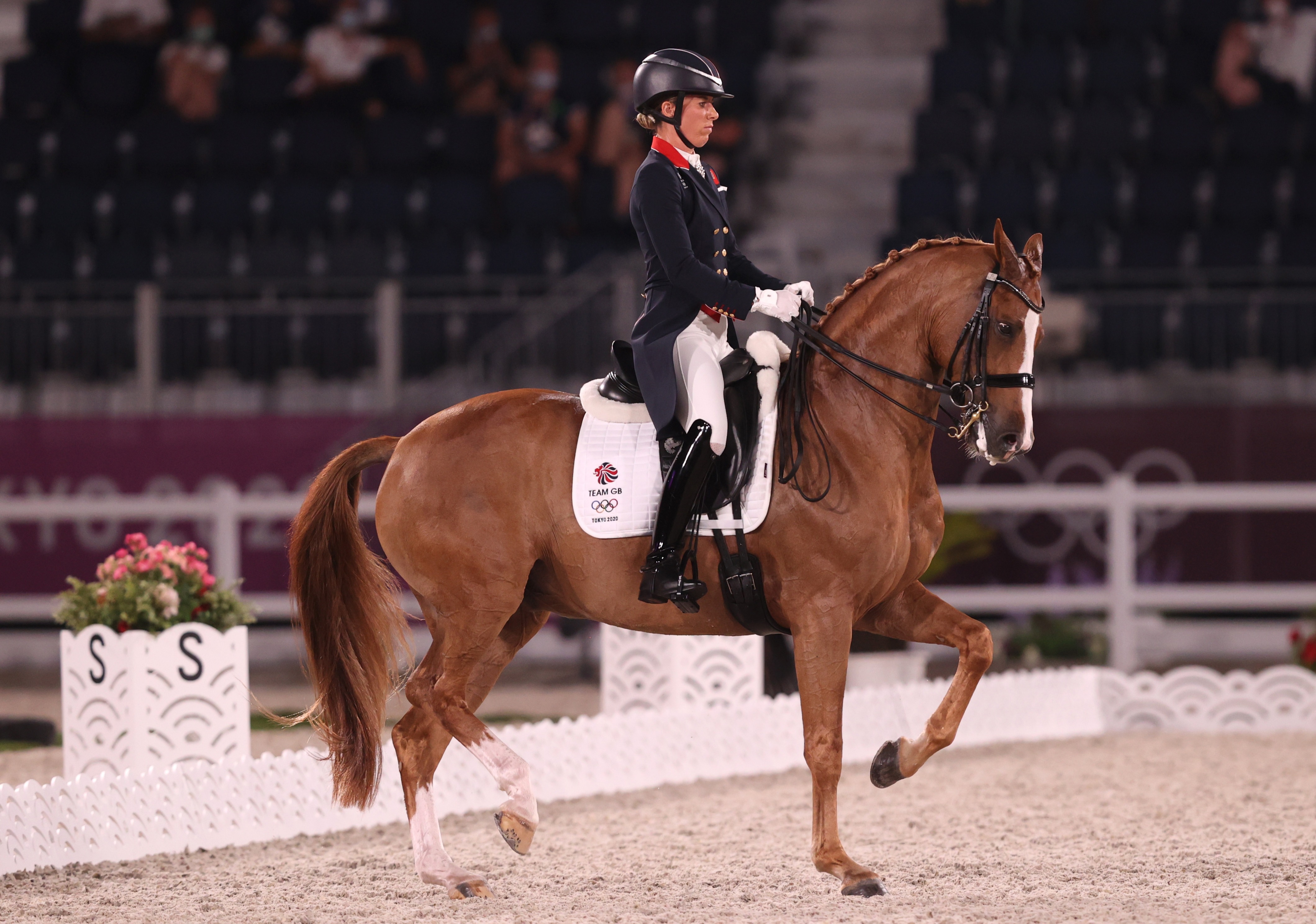 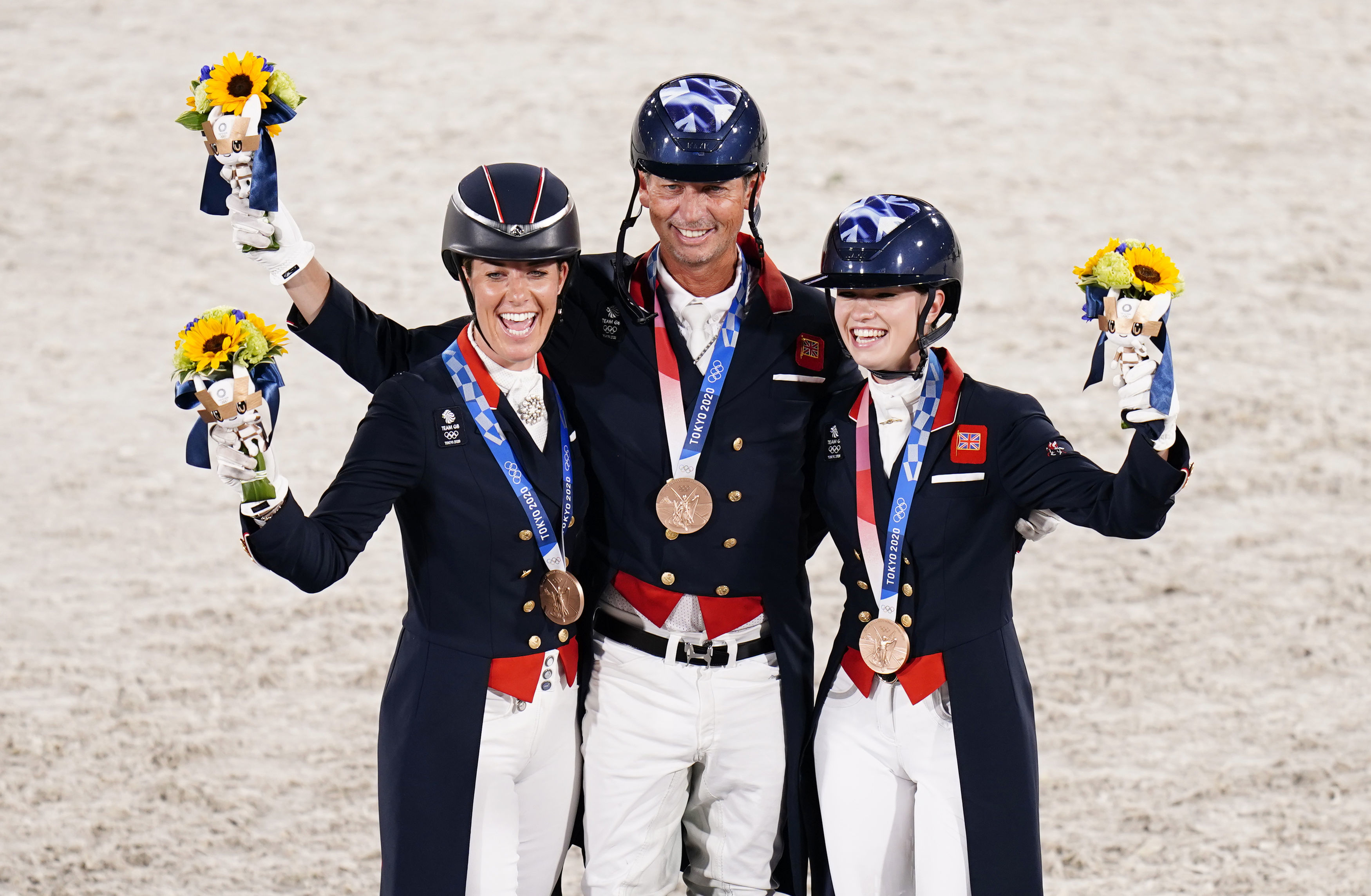 Dujardin won two golds at London 2012 and scooped both gold and silver medals at Rio in 2016.

The Enfield-born star had the chance to become the first British woman to claim gold at three Olympics during the team event.

But Dujardin must now wait for another shot in Wednesday's individual final after a bronze finish today.

Britain's most successful Olympic equestrian ended up third with a total 7723 score on a team with Hester and Fry.

Germany delivered on their tip as favourites heading into the event by claiming the title with 8178 points.

Their trio – spearheaded by world number one Isabell Werth – have won every Olympic dressage team gold since 1984 apart from 2012.

The USA meanwhile were competing with two German-born riders and their 7747 was just enough to pip Dujardin on her mount Gio and Co.

Hester riding En Vogue and Fry sat astride Everdale had Team GB in second place after their routines – only to slip to third despite double champ Dujardin recording the team's highest score. 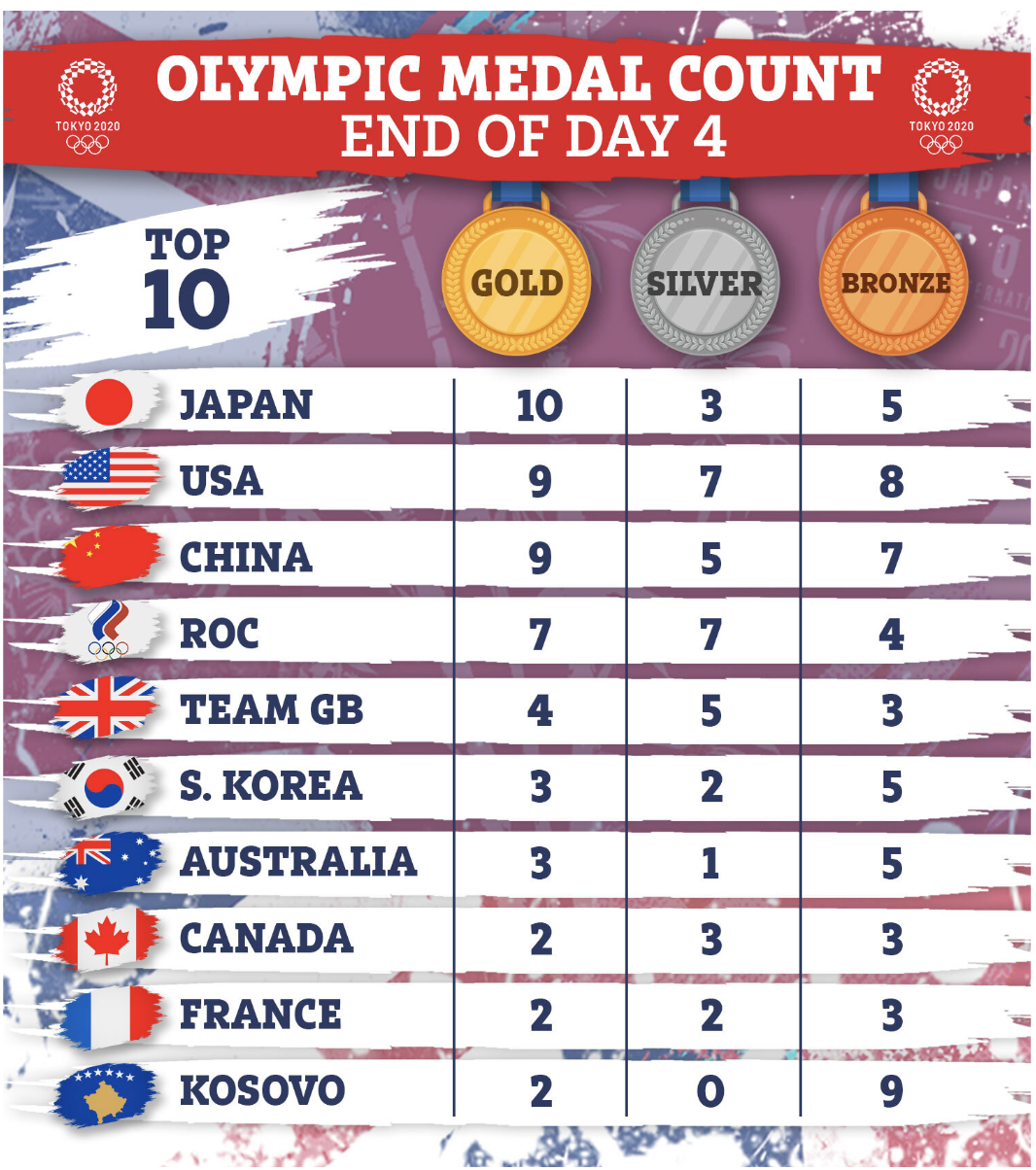 The former was treated to eights and nines and hailed his 12-year-old for performing on the sport's biggest stage.

He said: "He feels like one of the best horses you could ever sit on. When he's in gear, it's like you're in air on him.

"We've always known he's so talented, I've just been waiting for the right ride to prove it. And that's not the finished article – he's an 80% horse."