MISTER MANDURO is the one for the Queen Mother’s Cup.

He was a smart stayer on the Flat for Mark Johnston a couple of years ago but lost his way. 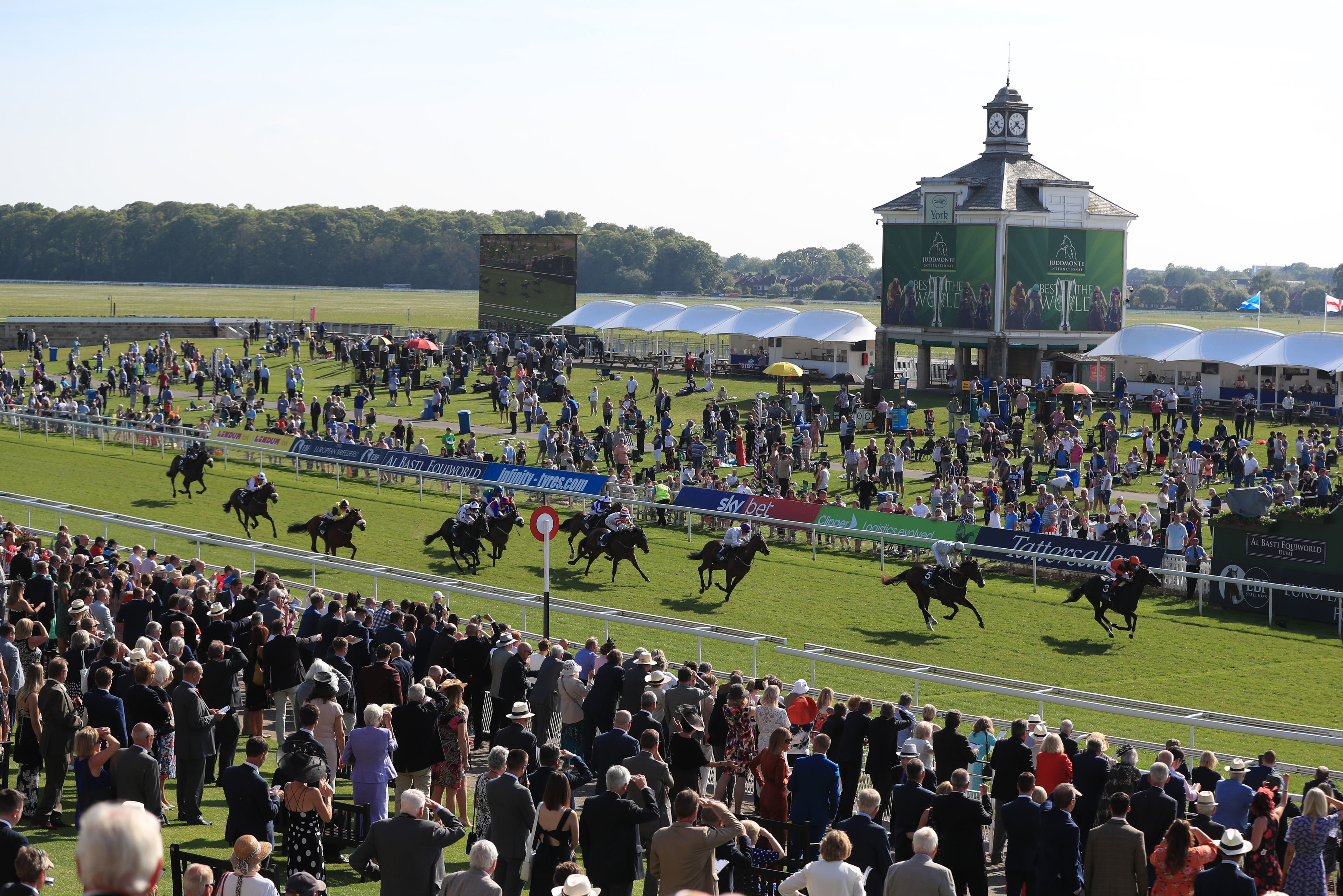 His debut for current trainer Brian Ellison was promising enough when third at Wolverhampton last year before switching to Ann Hamilton for a couple of hurdles runs. The way he won at Perth last month suggests he’s over his troubles and he’s now back with Ellison. His stamina is sure to come into play on the testing ground and I think he’s worth chancing at a decent price.

Arctic Fox has won his last two starts on fast ground, including when coming through from the rear to score at this track over 1m2f three weeks ago. His efforts on softer have been nowhere near as good so that has to be a big worry.

Where’s Jeff won nicely at Beverley last month. He’s clearly got more races in him but the step up to today’s distance for the first time on testing ground looks sure to stretch his stamina.

Apterix had lost his way over jumps before twice winning when returned to the Flat last month. He had a wide draw when disappointing at Chester last time out and is still fairly treated.

Michael Dods won this race last year and he gives both his twin daughters Chloe and Sophie a ride in this prestigious prize with Archi’s Affaire and Billy No Mates. I’m expecting Billy No mates to come out on top in that family battle and he could easily sneak a place on ground he likes.

IT’S worth digging out LORD OBERON for the JCB Handicap.

He was progressive on easy ground in the autumn and he should be spot on for today after a couple of runs this season. The latest came when runner-up behind Cold Stare over 6f at Haydock last week. He had beaten that horse over 7f last season and I’m sure today’s distance is his best.

Get Knotted loves this track. He was runner-up in this race last year before going on to win a similar course-and-distance contest for the third straight year. The soft ground is not a problem but the widest draw will not help. I’m expecting him to run well but he’s likely to be spot on for next month.

Above The Rest beat Get Knotted in this last year. David Barron’s hope is a couple of pounds lower in the handicap this time despite shouldering top weight and he ran a lot better than his finishing position at Thirsk last time. He’s another that will have to overcome a high draw.

Love Dreams had everything go his way when successful at Beverley last week. It’s unlikely to fall so kindly today and the recent rain hasn’t helped his chances.

Ryan Moore is an interesting booking for Aces but he did ride Ian Williams’ hope at Newmarket last week and the pair made little impression. 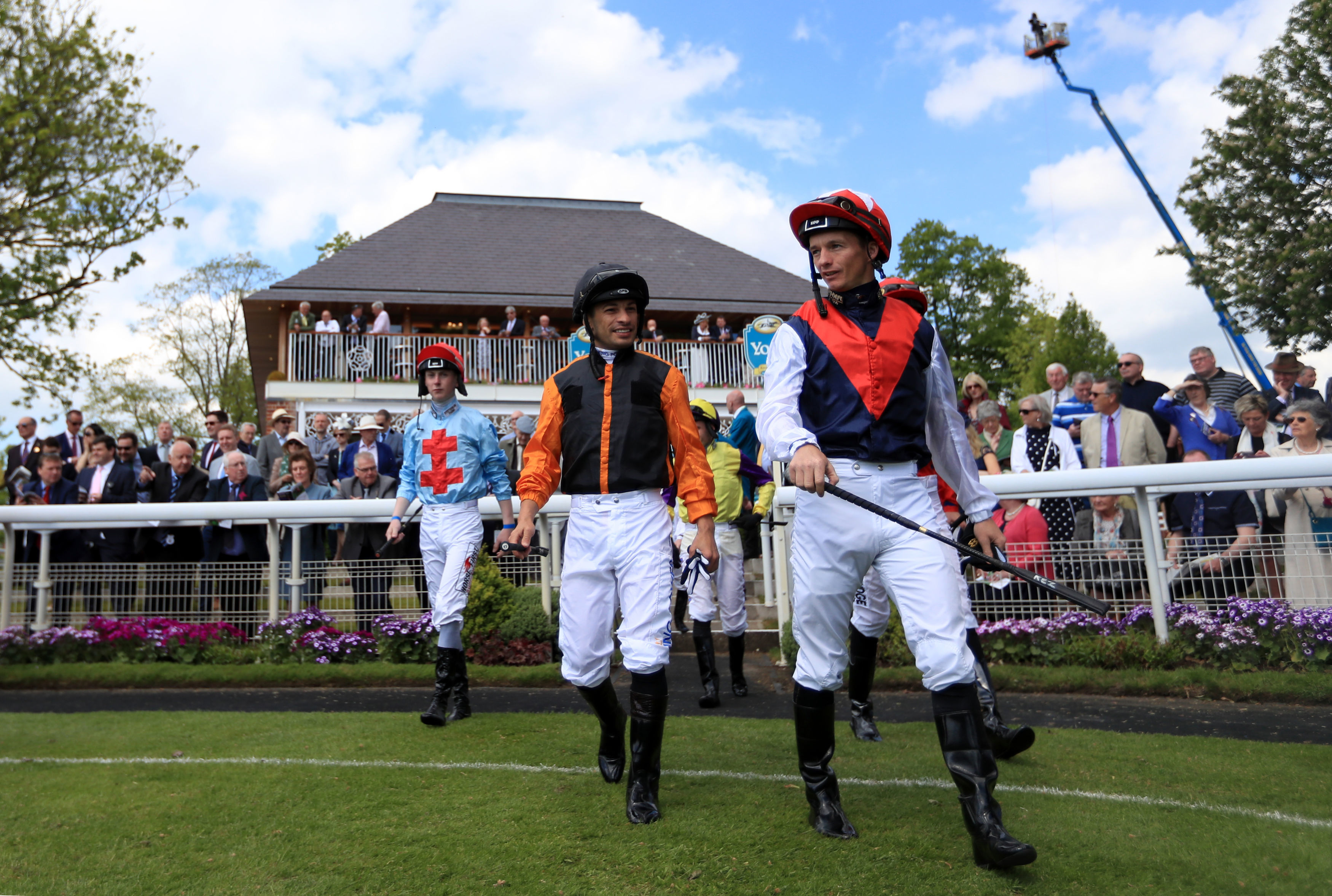 MEKONG should be king in this stayers’ Listed prize.

He notched up three wins last season and was fourth in the Melrose over today’s track and trip on Ebor day. His return to action when runner-up behind Gold Cup hope Dee Ex Bee in a Sandown Group 3 last month was a cracking effort and he’s always looked likely to do well this year.

The soft ground is merely the cherry on top of a particularly tasty cake as I think this horse will be winning Group races soon.

Raheen House is more interesting. He’s left Brian Meehan to join William Haggas after losing his way last season. If you go back to his 2017 form he would have a chance on ground he likes so, if his new trainer has found the key to him, he could easily reward each-way punters. 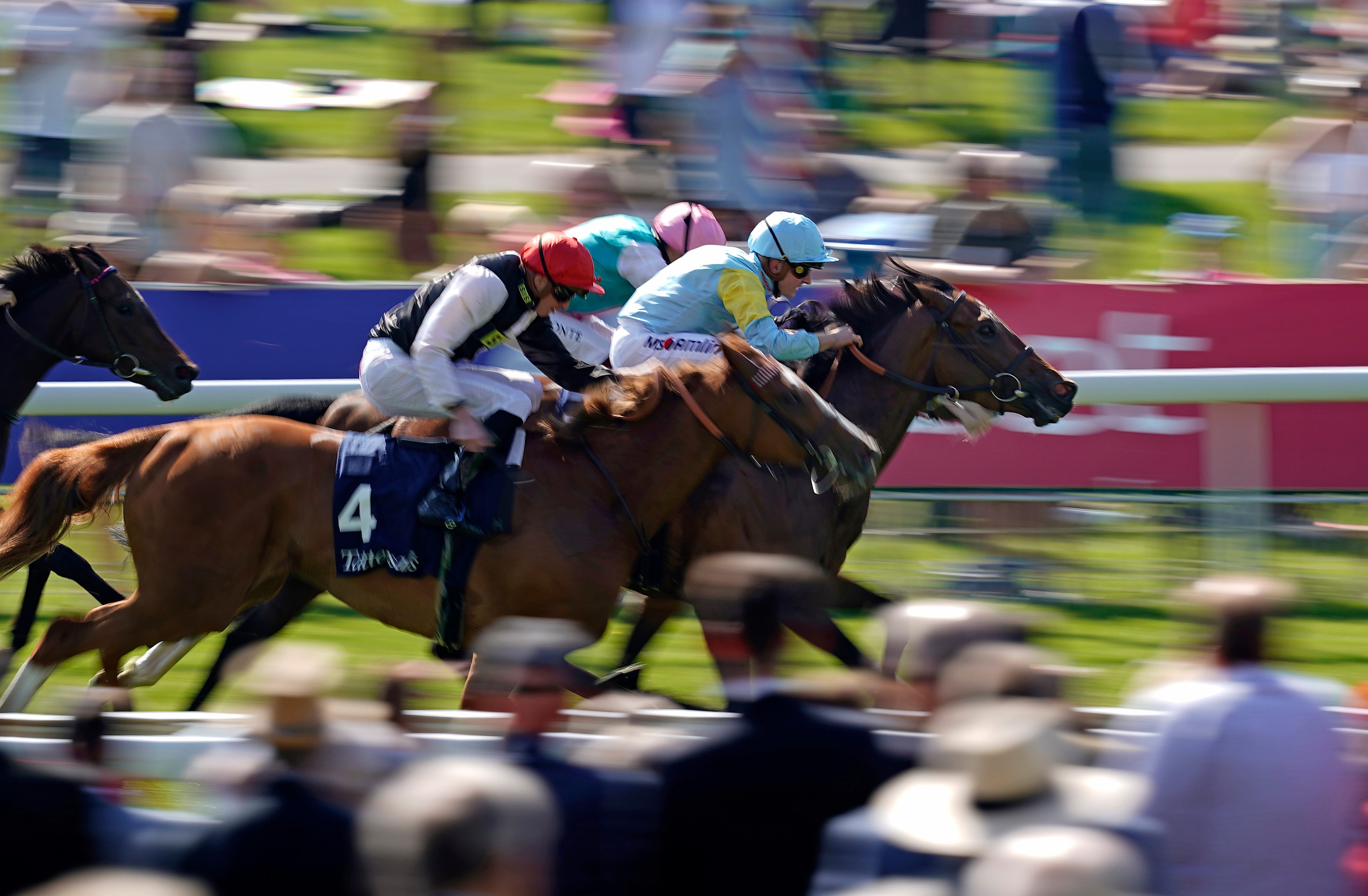 FIRELIGHT has the spark to land this valuable sprint handicap.

She was good enough to finish fourth behind Aidan O’Brien’s Fairyland in the Group 2 Lowther Stakes over this course and distance last season. It’s hard to argue she’s quite up to Group-class races so she should be better off in a competitive handicap and her Newmarket novice win had come on soft ground. It’s easy to forgive her comeback run at Windsor as 5f on a quick surface was always going to count against her. With that run behind her and more favourable conditions she must have a decent chance at tasty odds.

Luxor is the other one I like. He was last of 14 in a Newmarket contest won by Dazzling Dan on his comeback run. That’s clearly not his form as the ground would have been too fast for him. With Aussie ace Kerrin McEvoy in the saddle I expect him to do much better.

Moraweed was fourth behind Dazzling Dan at Newmarket having previously beaten Pam Sly’s speedster at Doncaster. His hold-up style is not really suited by Newmarket so he should have a chance of reversing the form with blinkers on for the first time but the soft ground is a concern.

Dave Dexter needs to prove his stamina but Ventura Ocean might find this track too sharp. 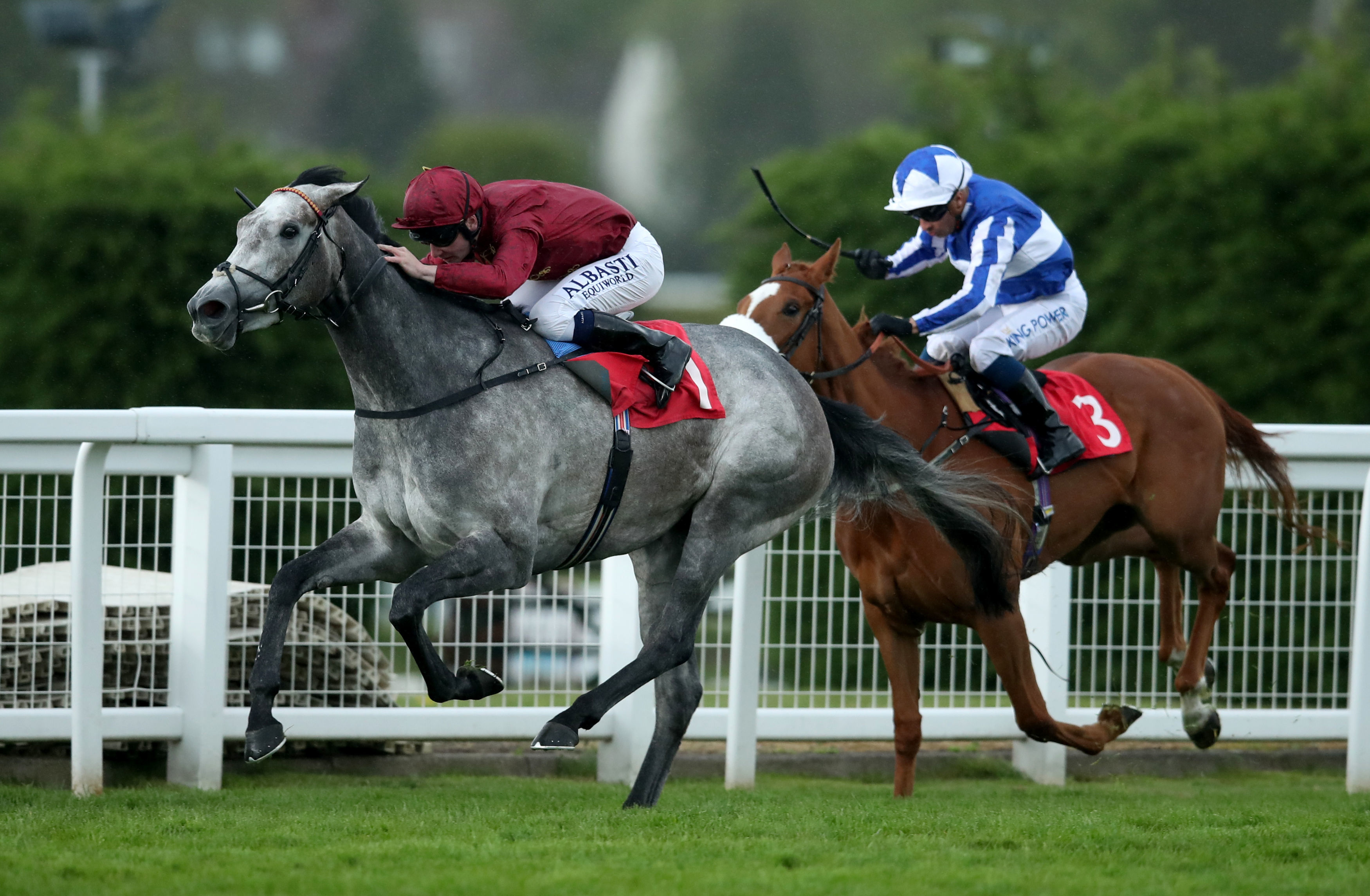 IT should pay to be interested in KURIOUS in the Randox Health Scurry Stakes.

She made a winning debut over today’s track and trip last summer and was only beaten a couple of lengths when finishing in midfield in the Queen Mary at Royal Ascot. There was a lot to like about her head second behind Leodis Dream over course and distance in April and she’s weighted to come out on top this time. It was disappointing to see her trail in last at Newbury but that was too bad to be true and might have come a bit too soon.

Leodis Dream’s impressive winning streak came to a shuddering halt when taking on battle-hardened sprinters in a competitive York handicap. He could easily pick up the thread again today and I would be surprised if he didn’t win a race at this level at some point.

Street Parade made most of the running to strike at Windsor on his comeback run. He came up short when tried in Group and Listed race last season but that’s not to say he can’t make an impression at this level. I just think if he does win one of these it will be on much faster ground.

Pocket Dynamo will find this easier than when taking on top sprinters Battaash and Mabs Cross in the Temple Stakes. That wasn’t the first stiff task he’s been handed recently but his form later in last season suggests he might be vulnerable to the less-exposed runners.

It’s impossible to know what to make of French raider El Guanche.

He was useful in France before joining David O’Meara for this season and he ran a promising race on his first start for his new trainer at Nottingham. It’s not hard to think he would have won if he hadn’t have been hampered two furlongs from home in a race when Masham Star was third. He’s got plenty of form on soft ground in France and O’Meara has done well with horses that have crossed the Channel to join his Yorkshire stables.

Sawwaah has sound claims. He ended last season well and he kicked off this term with a cracking effort behind Beringer at Newmarket. If the cheekpieces have a positive effect he is sure to run well.

Henry Candy’s Greenside has plenty of form at this track and he put in three solid runs this season. He’s fairly treated on his best efforts and I much prefer him to stablemate Thrave.

History Writer is another with a course win in the book and I’m not sure it would be wise to be too hard on him for his Epsom flop as the race wasn’t run to suit on that tricky track.

LASSO some of the bookies’ cash by backing LARIAT.

He’s finished runner-up in all three of his starts this season but that doesn’t worry me too much as he’s come up against the likes of Private Secretary and Sir Ron Priestley.

His second behind Sam Cooke over today’s course and distance at the May Meeting was another decent effort as he was drawn wide and he got stuck in traffic at a crucial point. Andrew Balding’s hope likes soft ground and is still unexposed over today’s 1m4f trip so he has plenty going for him.

Gravistas came good at Newmarket last week. That was on fast ground but today’s conditions shouldn’t bother him too much. He has fluffed the start a few times this season and it would be a big disadvantage if he did that today from his inside stall.

Prefontaine also missed the break before going down by a head on his return to action at Sandown last month.

Durston came through from the rear to make a winning handicap debut over 1m6f at Doncaster a couple of weeks ago. Those tactics are not easy to pull off around this turning track and the much softer ground doesn’t help on that score either.

Waldstern struck on his debut as a juvenile last season so he’s well capable of playing a hand on his first run since October.