THIBAUT COURTOIS has gone from Real Madrid's "worst-ever transfer" to what the Spanish press are calling "redemption" as he enjoys the form of his life.

The former Chelsea stopper, 27, had the game of his life with a series of stunning saves as Los Blancos finally overcame a stubborn Getafe at the weekend. 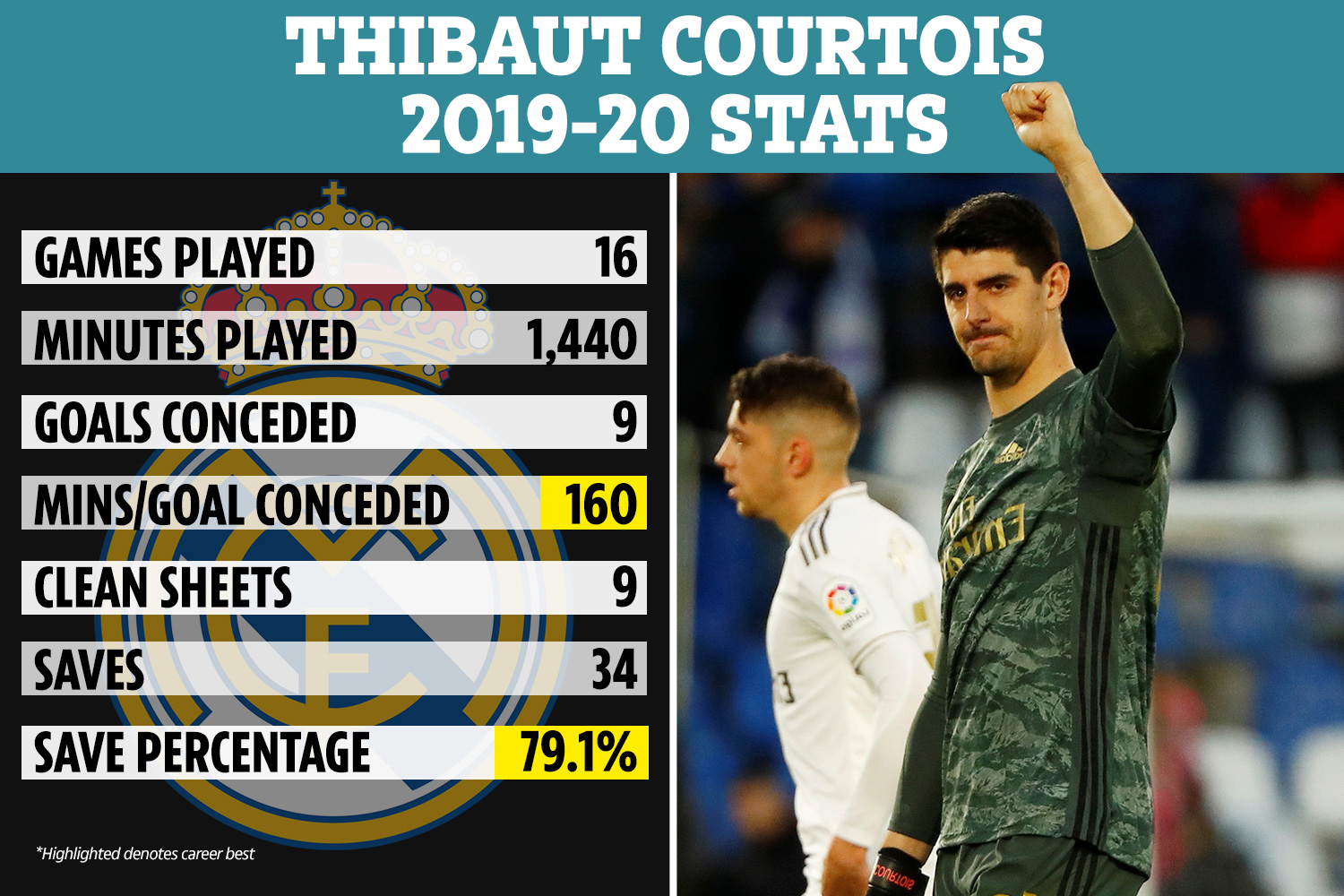 With the game perilously poised at 1-0 thanks to Raphael Varane's opener, Courtois pulled off three outrageous saves to keep his side ahead.

Varane later went on to grab a second after the break before Luka Modric made it 3-0 in the sixth minute of added time.

After the game, boss Zinedine Zidane was full of praise for Courtois, calling him one of the "best in the world".

Zidane claimed: "For me, he is the best. I have no doubt about it, he's proven that."