FOR MANY WWE fans, the Attitude Era of the late 1990s and early 2000s is still the greatest time in wrestling history.

Led by the beer-drinking, finger-flipping Stone Cold Steve Austin, WWE was more outrageous and extreme than ever before or since. 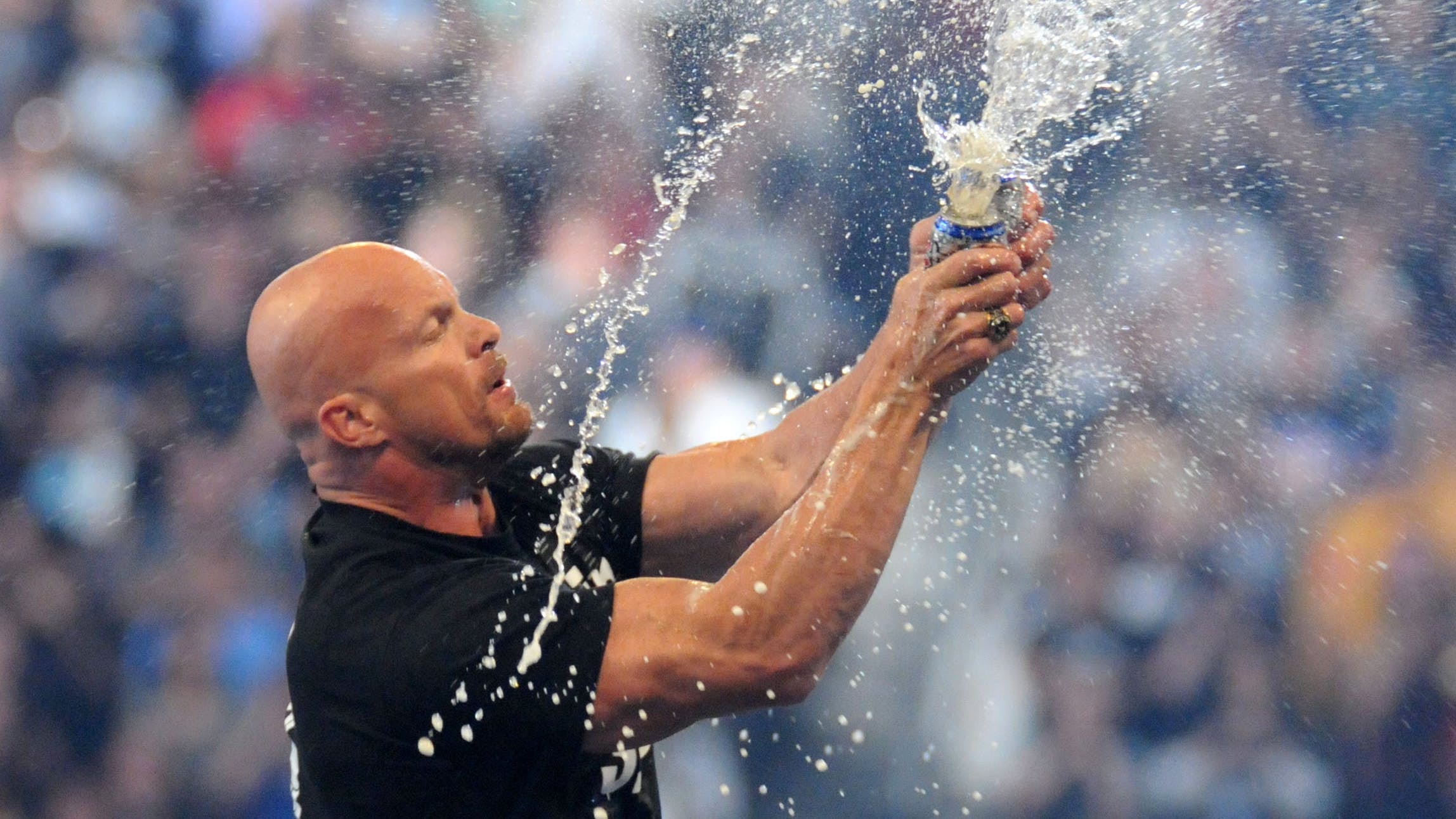 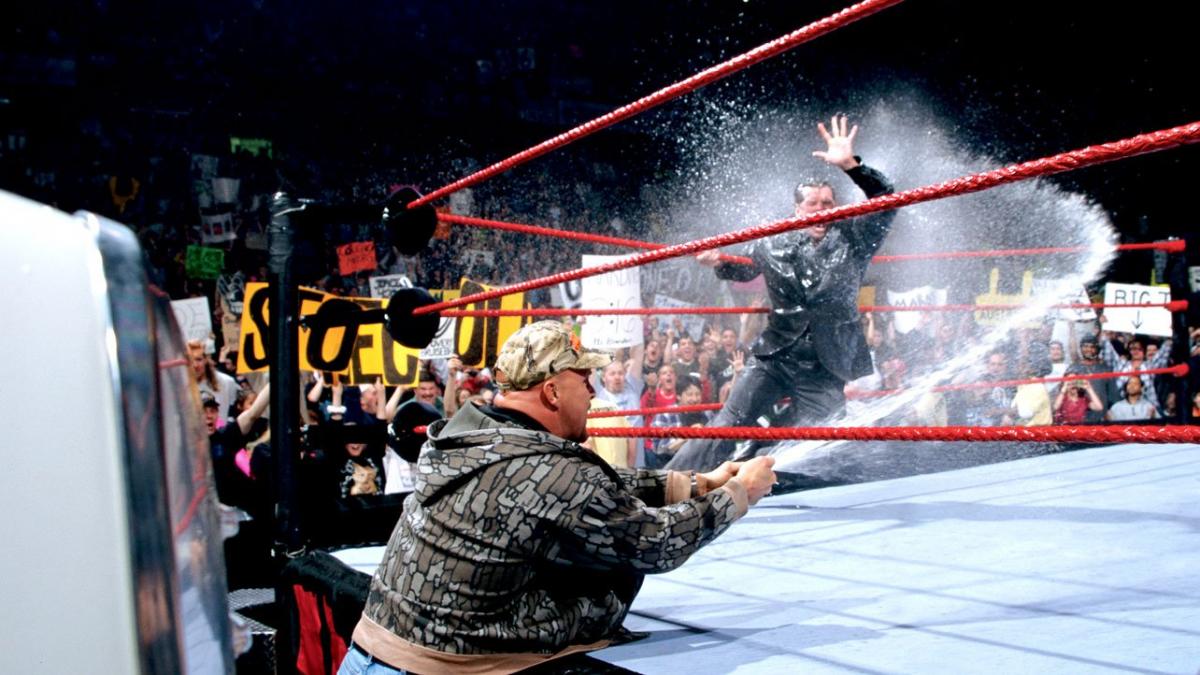 WWE was also locked in a bitter ratings battle with rival promotion WCW – dubbed the "Monday Night War" – which led to wild and unpredictable moments almost every week in WWE.

With WWE's Attitude about to be celebrated in a 9-disc DVD box set – The Attitude Era: The Complete Collection (out September 28) – Sun Sport counts down the nine greatest moments from the crazy Attitude Era.

After weeks of building momentum as WWE’s fastest rising babyface, The Rock entered the Deadly Games tournament at Survivor Series '98 for the vacant WWE Championship.

Due to the evil machinations of Mr McMahon, Stone Cold was eliminated in the semi finals and Mankind (McMahon’s hand-picked stooge) was seemingly on track to win the gold.

But in the final match, McMahon screwed Mankind and awarded the title to The Rock. The People’s Champ became the Corporate Champ and revealed he was in league with McMahon.

It’s the pinnacle of long-term storytelling in the Attitude Era and still the greatest swerve in WWE history.

It also made the Rock the biggest heel in wrestling – his first step to super stardom – and set him on a collision course with Stone Cold Steve Austin. 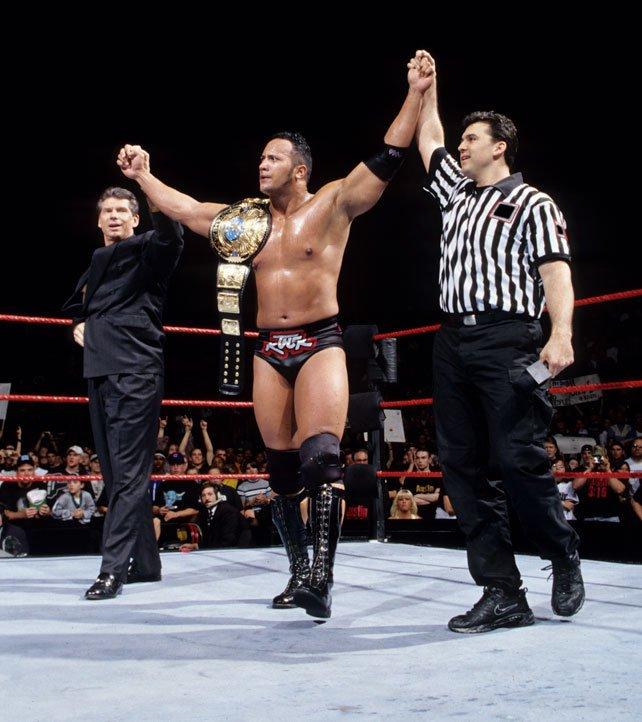 In early 1999, the Undertaker terrorised WWE with his "Ministry of Darkness", which was controlled by a mysterious “Greater Power”.

In one particularly evil deed, Undertaker kidnapped Stephanie McMahon and tried to marry her in a black wedding ritual.

Steve Austin became an unlikely ally to the McMahons and saved the boss’s daughter from the clutches of “The Phenom”.

Weeks later, the Greater Power was finally revealed to be Vince McMahon. McMahon cackled: “It’s me Austin… it was me all along!”

In his effort to thwart Stone Cold, McMahon had turned to the dark side and even arranged the kidnapping of his own daughter.

'HE'S BROKEN IN HALF'

This moment from Undertaker and Mankind's infamous Hell in a Cell match at King of the Ring in 1998 might be the most replayed bump in WWE history –  Mankind being thrown 15 feet from the top of the Cell and crashing onto the announce table below.

Incredibly, Mankind clambered back to the top of the Cell and restarted the match – but Undertaker swiftly chokeslammed him through the roof of the cell and onto the ring below. Mankind proceeded to get slammed on to thumbtacks.

Mankind's injuries included a concussion and a dislocated shoulder and jaw. He also lost a tooth, which somehow popped out of his nose – a grisly image that's just as iconic.

Mankind – AKA Mick Foley “The Hardcore Legend” – had taken WWE action to an extreme never seen before or (thankfully) since.

But the brutality was charged with Foley’s own love of wrestling and the excitement he'd felt as a teenage fan, when he saw Jimmy Snuka fly from the top of a cage back in 1983.

At the time, Taker v Mankind was truly shocking. Watched today, it’s lost none of its brutal power – it's uncomfortable to see the punishment Foley takes.

Here's one of the golden rules of the wrestling business – never get married in the ring. It always ends in disaster.

When fresh-faced Stephanie McMahon was set to marry beefcake babyface Andrew “Test” Martin on Raw, in November '99 it was Triple H who ruined the nuptials.

Triple H predictably interrupted the ceremony and revealed he’d already married Steph at a drive-thru chapel while she was passed out drunk.

(Trips doing a ventriloquist act for Steph’s vows is one of WWE’s funniest ever moments.)

The angle was ridiculous fun. It also pushed Triple H into a feud with Vince McMahon and set Trips on track to becoming "The Game" – a bona fide main eventer.

It was later revealed that Steph and Triple H were in cahoots. It was Steph's revenge on McMahon, for his part in the Undertaker kidnapping her months before. 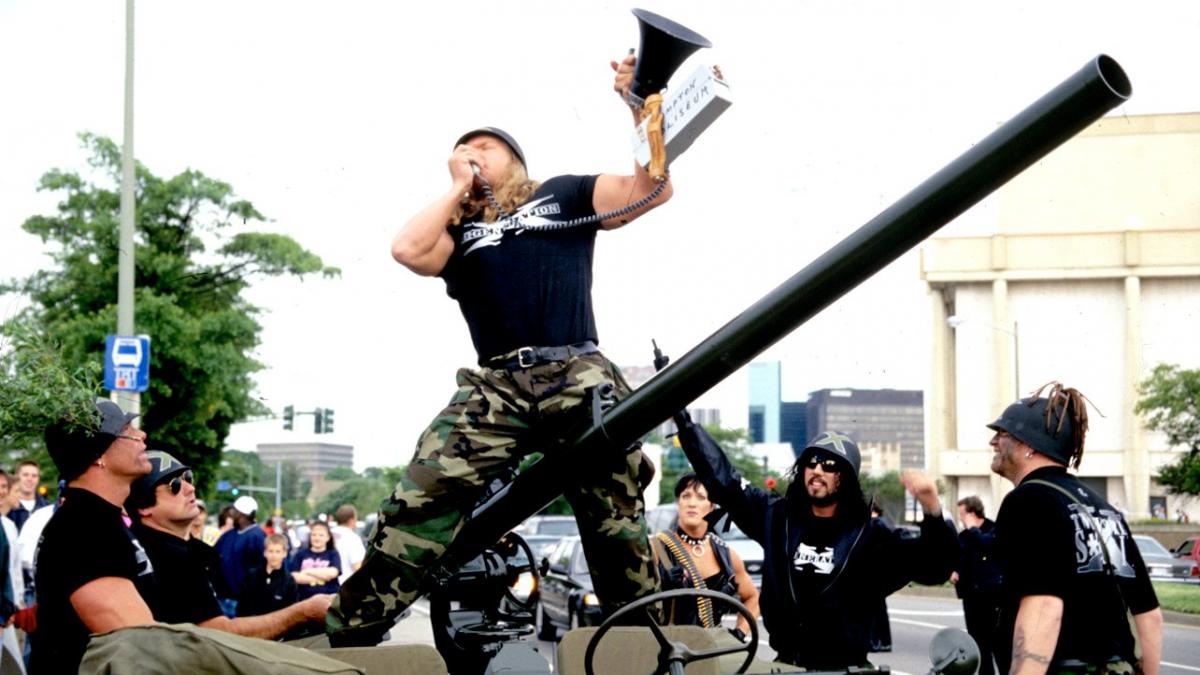 On Raw the night after WrestleMania – now a traditional night for big surprises – Triple H took over as leader and began to rebuild DX.

His first point of order was to bring back Sean Waltman – AKA X-Pac – a member of Triple H and Michaels’ real-life backstage crew “The Kliq”.

He then recruited the New Age Outlaws to form the DX Army (the best incarnation of DX) and weeks later the Monday Night War became real when DX “invaded” WCW Nitro.

The “invasion” mostly amounted to standing around outside the Nitro arena and poking fun at the inferior WCW. But the idea of WWE and WCW wrestlers clashing was hugely exciting.

Though it's not quite the moment that won the war – as WWE often frames it now – but it's still a classic Attitude Era stunt.

After he was screwed by the McMahons and The Rock in the Deadly Games tournament, Mankind got a rematch against The Rock’ for the WWE Championship on Raw in January 1999.

With the Corporation and DX at ringside, the heated match turned to a chaotic brawl between the two factions.

The sound of glass smashing signaled the arrival of Stone Cold Steve Austin – to one of the loudest, most skin-prickling crowd pops of all time.

Austin cracked Rock's skull with a devastating chair shot and laid Mankind on top of Rock to get the three count.

Mankind’s win – making Mick Foley WWE Champion for the first time – was met with perhaps the second loudest, most skin-prickling crowd pop of all time.

Foley had won the hearts of fans for putting his body on the line, breaking the mould of what a “WWE Superstar” should be, and being one of wrestling’s good guys outside of the ring.

Foley cut a Rocky-style promo to his kids at home: “Yo, Daddio did it!” For the pure emotion of pro wrestling, this moment can’t be beaten.

THE DAWN OF Y2J

In late 1990s WCW, rising star Chris Jericho gained a rep as one of the best talkers in the business. Having him debut in WWE by interrupting The Rock was a genius move in August '99.

After a weeks-long countdown, Jericho’s surprise arrival on Raw – as "Millennium Man Y2J" – received a near-deafening reaction from the WWE fans.

The showdown on the mic didn't quite live up to expectations and Jericho took a few months to settle in WWE. But this was still a hugely important moment for WWE.

It’s become the template for every surprise debut and return ever since (Jericho even rehashed it a few times himself with his multiple WWE returns).

It also captured the excitement of the Monday Night War, with the hottest talents in wrestling jumping ship between promotions as WWE and WCW fought over ratings.

WWE isn’t likely to acknowledge the importance of this moment in 2020 – Jericho is now part of AEW and defeating WWE NXT in the ratings every week. 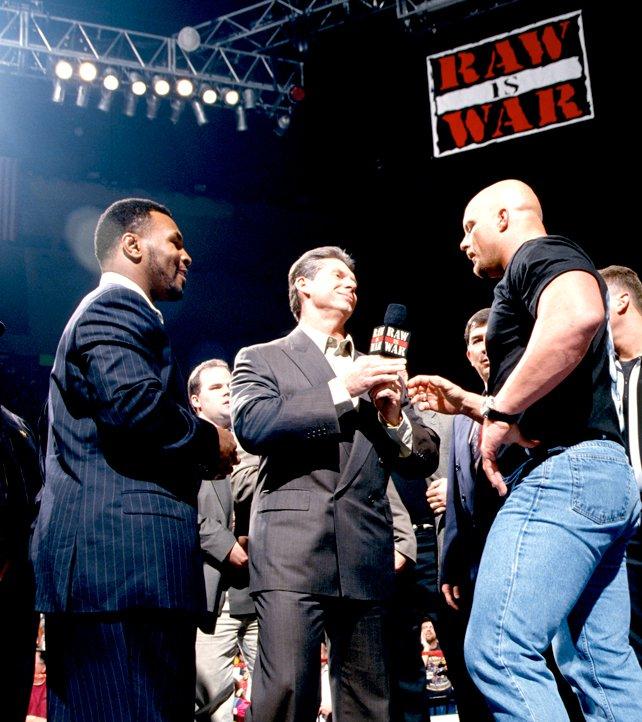 He decided to push WWE’s product to the extreme – giving WWE what we now call “Attitude” – and paid big money to bring in Mike Tyson for an angle with Stone Cold Steve Austin.

On Raw in January '98, Tyson was announced as a “special enforcer” for the WrestleMania XIV main event.

But Stone Cold interrupted the announcement and flipped a pair of middle fingers at "The Baddest Man on the Planet".

The angle was a hit. It created mainstream headlines and began Raw’s years-long run as unpredictable, hugely exciting television.

It also helped turn the tide on the war with WCW, though it was another few months before Raw would finally beat Nitro in ratings.

On the March 22, 1999 Raw before WrestleMania XV – to be held in Philadelphia and headlined by WWE Champ The Rock vs Stone Cold – Austin interrupted The Rock and the McMahons by storming to the ring with a beer truck.

Standing on the roof of the truck, Stone Cold ridiculed Rock’s “SmackDown Hotel” catchphrase and cut the most promo of his WWE career.

Austin said: “Stone Cold Steve Austin is going to take his a** to Philadelphia, check right into the SmackDown Hotel, roll right into room 3:16, and burn that son of a b***h to the ground!”

Austin then promised to share a pre-match beer with the Corporation and hosed them in beer to a blistering fan reaction – while Vince McMahon tried to hilariously swim his way out of the stream of booze.

The moment captures everything that was great about the Attitude Era – Stone Cold’s intensity, him battling against McMahon, Stone Cold v The Rock, and the sheer excitement of Raw’s wild twists and turns every week.

The Attitude Era: The Complete Collection is out September 28