AARON RAMSDALE turned in a world class performance for Arsenal against Leicester on Saturday.

The Gunners came out with a 2-0 win, extending their unbeaten run to nine across all competitions. 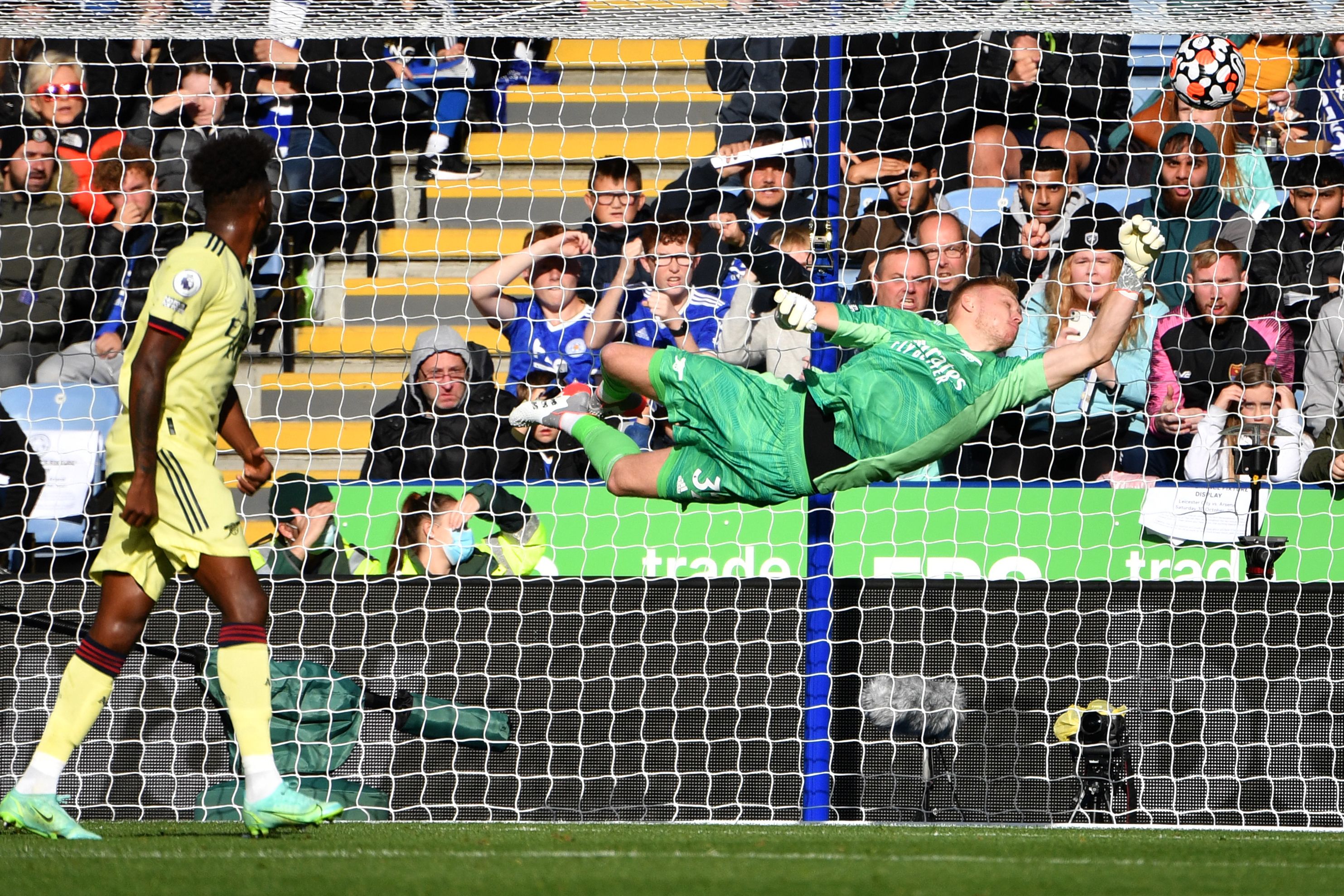 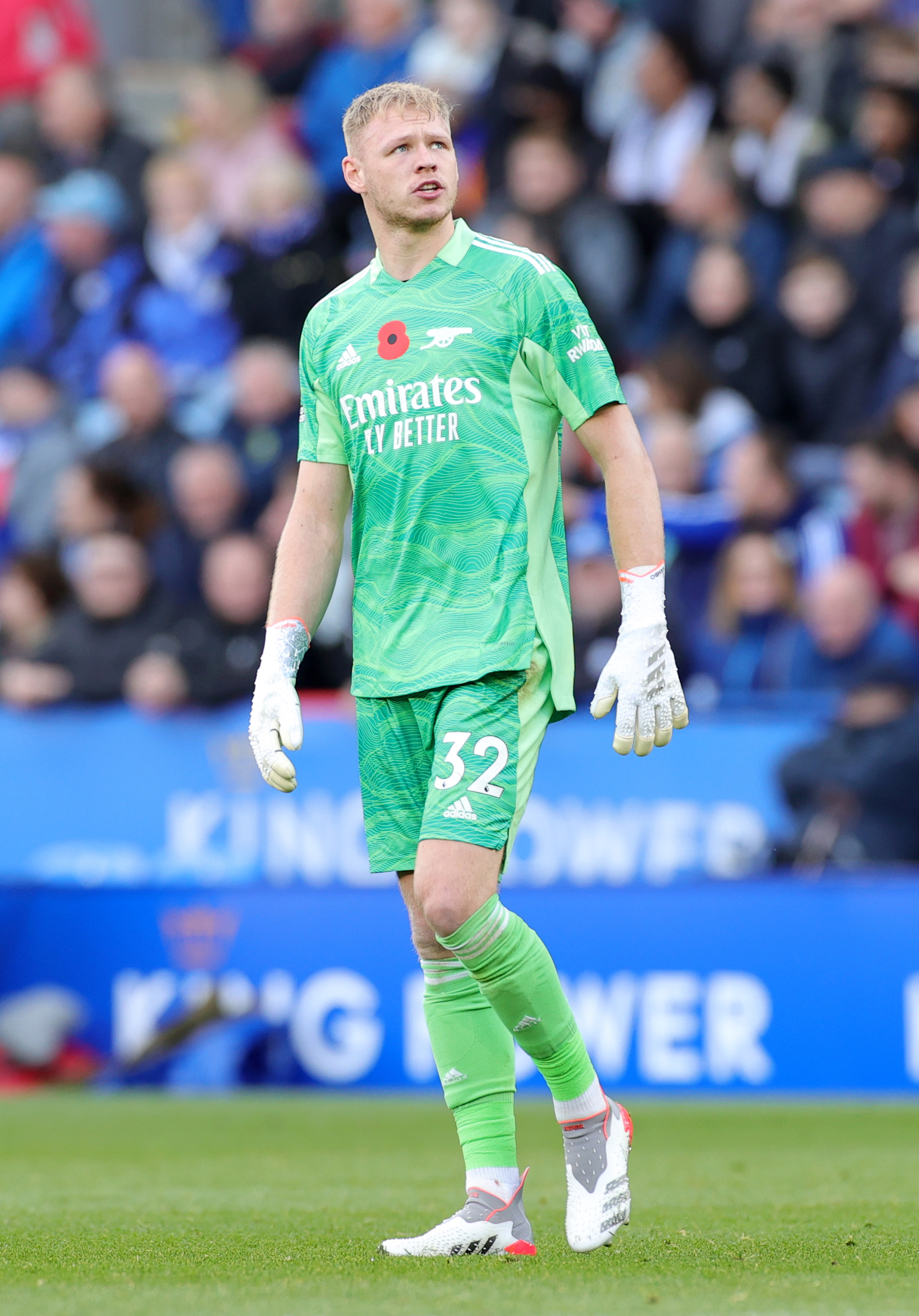 And summer signing Ramsdale was Man of the Match, pulling off four world class saves to deny the Foxes.

The first came against Kelechi Iheanacho, tipping the Nigerian's powerful strike around the post.

The second came just before half-time, tipping James Maddison's free-kick onto the underside of the crossbar.

In the second half, the Gunners had their backs up against the wall and Ramsdale denied Ademola Lookman and Harvey Barnes.

But with the eye-catching performance came from stick from Foxes fans.

Ramsdale was met with chants of 'you'll never play for England' and as he went to take goal-kicks, 'you're s**t aaaaaahhhhhh.'

The 23-year-old saw the funny side of it and finished the chant with the crowd as he pelted the ball up the pitch, and he even punched the air as he did it.

Fans are now calling for Ramsdale to become England's No1, taking the jersey off Everton's Jordan Pickford. And his performances so far this season make it hard to argue against.

One said on Twitter: "Early days but Arsenal looking like they have found their first consistently reliable GK since Lehmann.

"Huge gamble paying £30mil for Ramsdale, but appears to be paying off. Back in England picture now also."

Another said: "Who knew that Aaron Ramsdale was a top-class keeper? Well, every Sheffield United and #afcb fan, for starters!

"I’m thrilled he’s showing exactly what he’s capable of – and he’s only going to get better. Arsenal – and potentially England’s – number one."

Arsenal and England legend David Seaman took to Twitter to praise the shot-stopper. 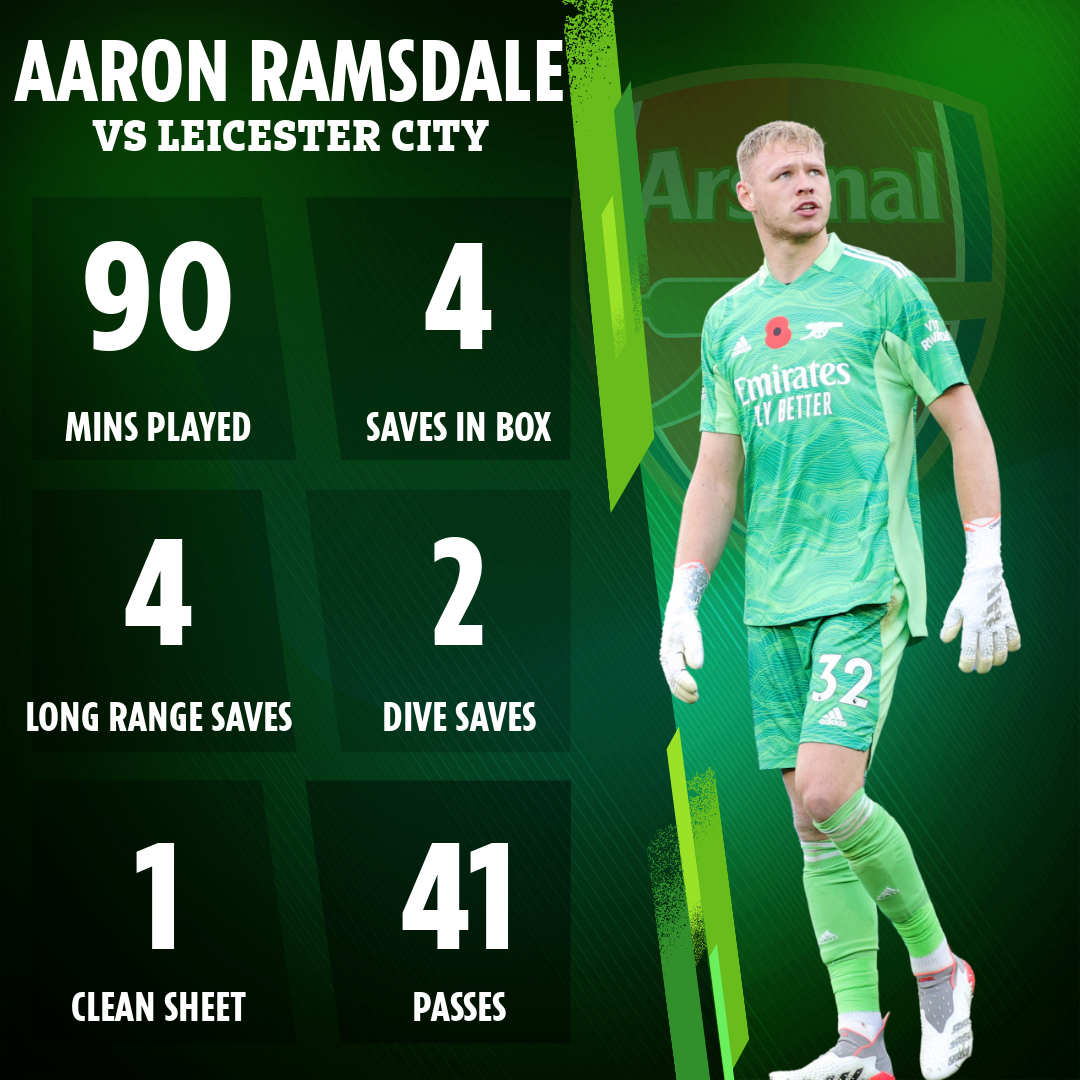 The 75 capped former Three Lions international said: "@AaronRamsdale98 Wow, what a save!!!!"

Gunners legend Ian Wright also highlighted Ramsdale's performance and says a lot of critics of the keeper are living to regret their criticism.