Home » World News » If Crown wasn’t built: an understated casino rather than a building ‘Mussolini would have loved’

If Crown wasn’t built: an understated casino rather than a building ‘Mussolini would have loved’

As architect Philip Cox puts it, Melbourne was looking for glitz and glamour from its new casino, rather than his idea to bury it.

Back in 1993, before the Crown consortium won the bid to build a sprawling gambling and entertainment complex along the southern side of the Yarra River, there was another option for the city’s casino.

When the developers moved in, Southbank was a wasteland of factories and used-car yards. The state government had selected the prime riverbank site between Queens Bridge and Clarendon Street as its preferred casino location. 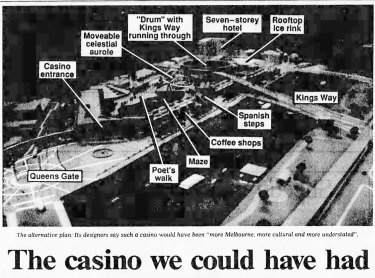 Alternative plans for a casino rejected by the state government.Credit:The Age, 1993

The design put forward by the Sheraton-Leighton group, which was considered the frontrunner ahead of its rival, Crown, provided an alternative vision for Southbank that may have changed the face of the city.

Plans by Mr Cox published in The Age at the time show the casino was billed as being “more Melbourne, more cultural and more understated” than the flashier Crown.

“We were apprehensive about the reaction to a casino in Melbourne,” recalled the Sydney-born Mr Cox of the alternative plan. 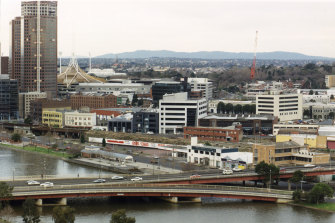 ‘Nasty’: a view of Southbank and Kings Way in 1993 before the casino was built.Credit:William West

“It certainly wasn’t as flamboyant as how the current design turned out.”

“Somebody said, ‘wouldn’t it be a good idea if we had the poet’s walk’, and you know, lovers can go up there and romance and be a part of the Melbourne scene,” said Mr Cox, whose resume includes designing the Australian Pavilion at the Venice Biennale.

“Nothing could have been further from their thinking in terms of casino and gambling.” 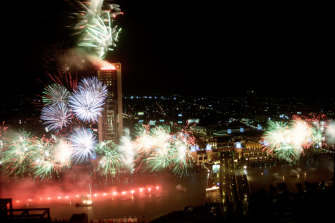 Fireworks for the opening of Crown in 1997.Credit:Ray Kennedy

The plans also included rooftop gardens filled with sculptures in a nod to the cultural precinct and Botanic Gardens close by. The green space was intended to act like a public park.

“We felt that’s what Melbourne was looking for, since it was the Garden State in those days,” Mr Cox said.

A hollow walkable drum, its curves resembling the Arts Centre down the Yarra, would have connected the two separate casino buildings over Kings Way.

“We thought the drum was an exciting element within the city itself, it gave presence to the entry into Melbourne,” Mr Cox said.

In essence, the intention was to “bury the casino”, he said. 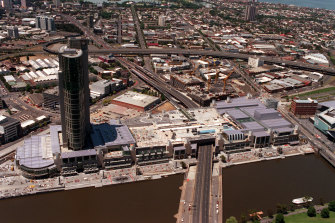 Crown Casino being constructed over Kings Way. The Cox design would have surrounded the road with a hollow drum.Credit:Luis Ascui

“It was sort of the guilt complex that we shouldn’t be expressing a casino, you underscore it rather than celebrate it. You make it something else,” he said.

Earlier this week, a royal commission found Crown Resorts was unfit to run a casino due to a “disgraceful” string of legal and ethical breaches.

But back in the early 1990s, the local Crown team led by Lloyd Williams and Ron Walker was flying high after being awarded the project by the Liberal state government’s casino authority. 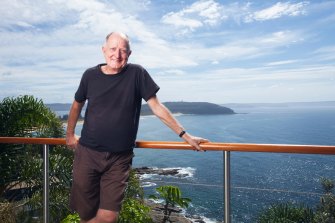 Professor Peter McIntyre, chairman of the authority’s design review committee, said the decision to choose the Crown plan was unanimous. Unfortunately, he said, the best feature was later removed.

“To me the outstanding part of the design was the roof. They were going to have people being able to come from the casino up into a beautiful landscaped garden that would run from Spencer Street right up to Queen Street,” he remembered.

“I’ve never been so disappointed in my life when I saw it – it was a plastic bloody garden. It was unbelievable. That was a major fault in the whole thing.”

Professor McIntyre said there was another part of the casino’s design that he insisted be changed: the lack of natural light.

“We insisted that it have daylight so that gamblers would know what time of day it was,” he said. 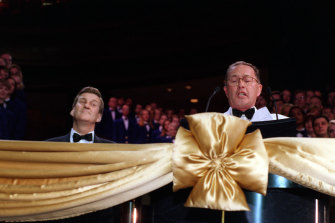 Jeff Kennett and Lloyd Williams at the opening of Crown Casino.Credit:Jason South

“But they never installed the bloody windows, they made it a black cave.” 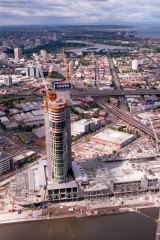 Robert McLellan, the planning minister who approved construction, once said of the completed Crown that “Mussolini would have loved it”.

“I also said that if it was up to me that everything would look Georgian. But it wasn’t up to me, it was up to the experts,” he told The Age this week.

Mr McLellan also used to tell people that he wasn’t the “minister for good taste” when approving buildings.

He said that if Victoria’s recent earthquake had been strong enough to reduce Crown to rubble, then it probably wouldn’t be rebuilt the same way. 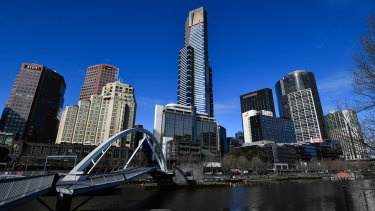 Southbank how it looks now with Crown on the right-hand side.Credit:Joe Armao

When looking back at the Crown design, Mr McLellan said it was important to think about it in the context of the time.

Southbank was really “nasty”, he said, and badly needed redevelopment. Victoria was also coming out of a recession of the early 1990s and looking to make a big splash.

Crown opened the door for an explosion of towers on the south side of the Yarra, including the 300 metre-tall Eureka Tower. 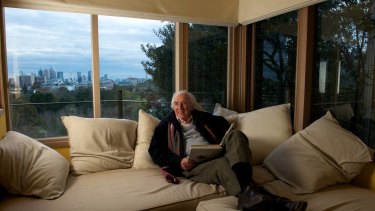 Peter McIntyre was an architectural advisor to the casino authority. Credit:Wayne Taylor

“It’s a building which, if taken out of context, one would be deeply upset,” he said. “That site offered the opportunity to bring people back to Melbourne as they left Melbourne in droves.”

Perhaps the most conspicuous sign of Crown’s flashiness were the large flamethrowers that spat balls of fire above the promenade along the Yarra.

Mr Cox said that his ideas were too tame for the casino authority, who were more interested in Las Vegas strip showbiz rather than European refinement.

“They were looking for jazz and, you know, beefing the Melbourne scene up rather than playing to what was there,” he said.