Many of Jurgen Klopp's players shared their wild antics with fans on social media after ending the Red's 30-year wait for the domestic crown. 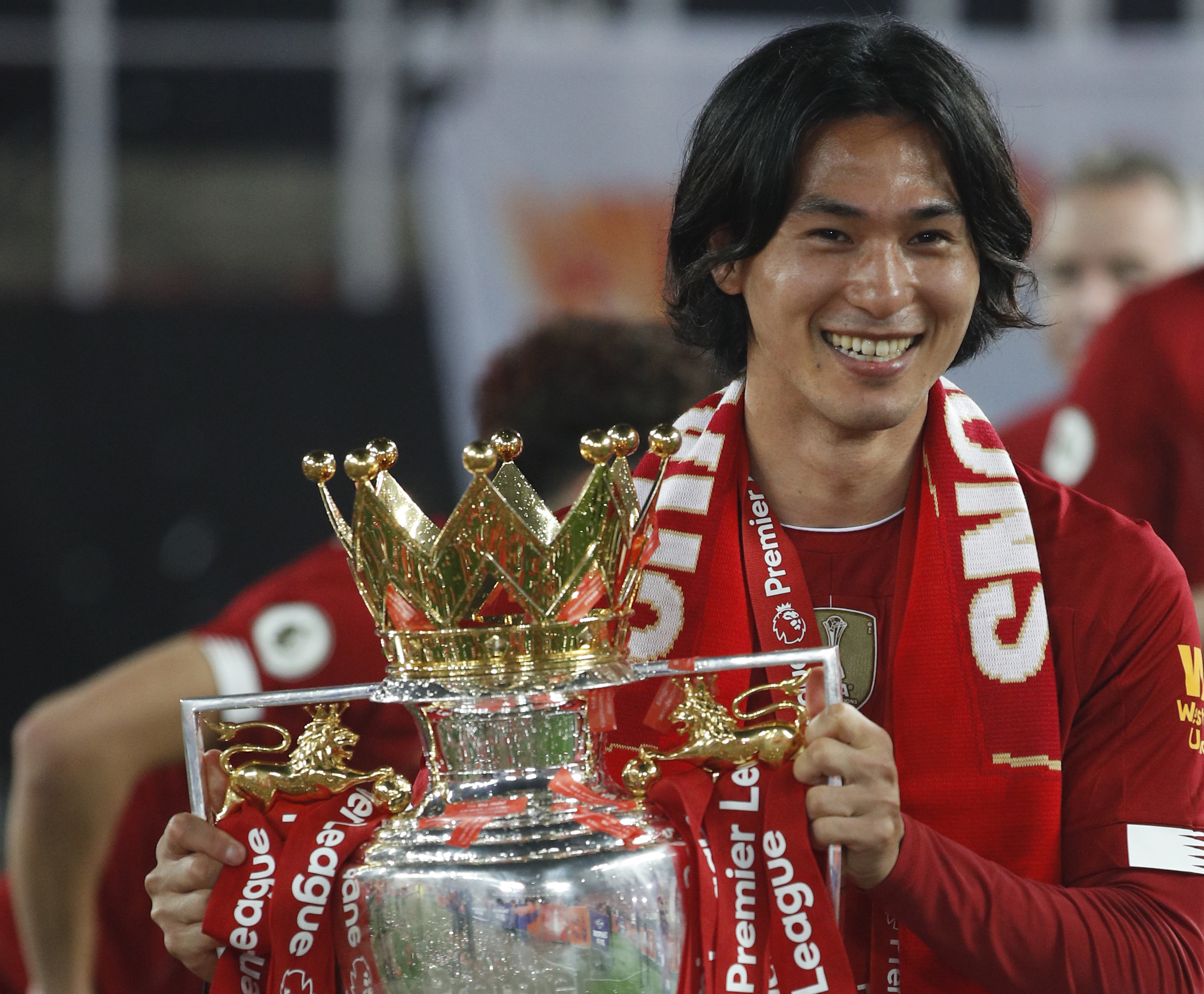 With supporters watching at home or partying outside Anfield because of the coronavirus pandemic, Liverpool's stars were keeping them entertained as they danced around the dressing room.

As they went out onto the pitch to lift the trophy, Mohamed Salah had dyed his hair red while Roberto Firmino was wearing his ‘Bobby Dazzler’ glasses.

But January signing Minamino was much more reserved as he collected his Premier League winner's mdeal.

The Japanese international has only made nine top-flight appearances since his switch from Red Bull Salzburg.

And the 25-year-old proved he is yet to fully integrate into Liverpool's squad as he was filmed looking shy as he stood slightly adrift of his teammates.

Yet captain Henderson demonstrated his leadership qualities as he sought out Minamino and steered him towards the front so that he could lift the Prem trophy.

Plenty of fans picked up on the Reds skippers heartwarming gesture and showered him with praise.

One tweeted: "Love that from Henderson.. Minamino at the back on his own and Henderson brings him to the front to let him lift the trophy. What a bloke."

Another said: "Henderson going over to Minamino and telling him to get his hands on the trophy was lovely."

A third added: "None of the players congratulated Minamino and he looked out of his depth and nervous.

"Hendo went over to him so he could lift the trophy. What a legend and a great captain Henderson is."

Boss Jurgen Klopp meanwhile was right in the middle of the celebrations and promised supporters they will host a huge party once the "bull**** virus" is over.

He told Sky Sports: "Thank you very much, we should all together celebrate at home, drink and celebrate.

"When this bulls*** virus is gone we will celebrate together and have a party!"