VINICIUS JR turned on the style with a stunning solo run to destroy the Granada defence.

And when Monchu finally got close enough to stop him, he was sent off for his horror lunge to scythe the tricky winger down. 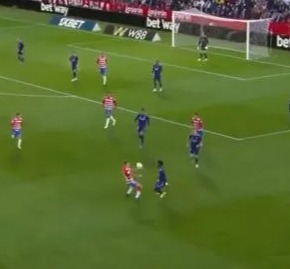 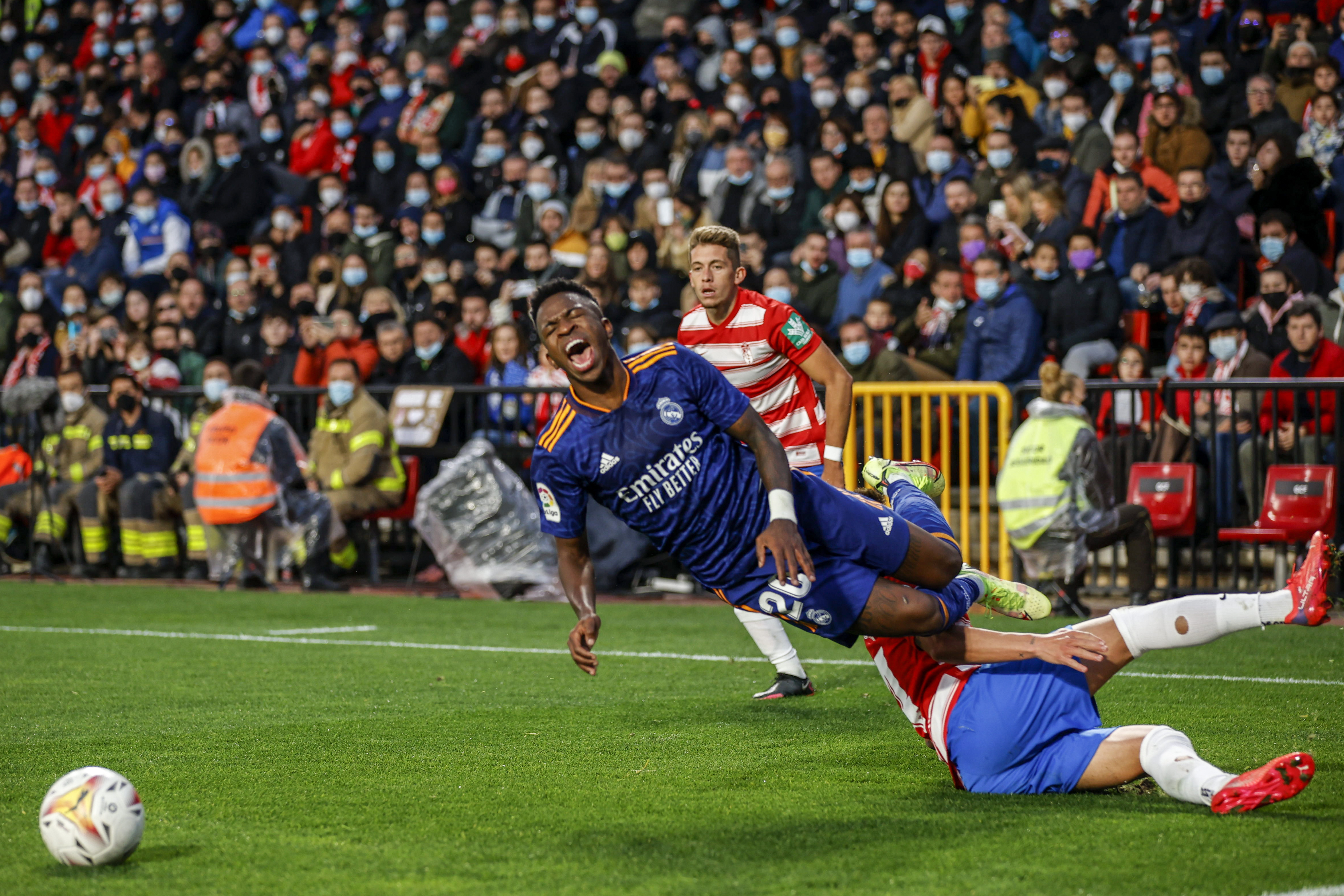 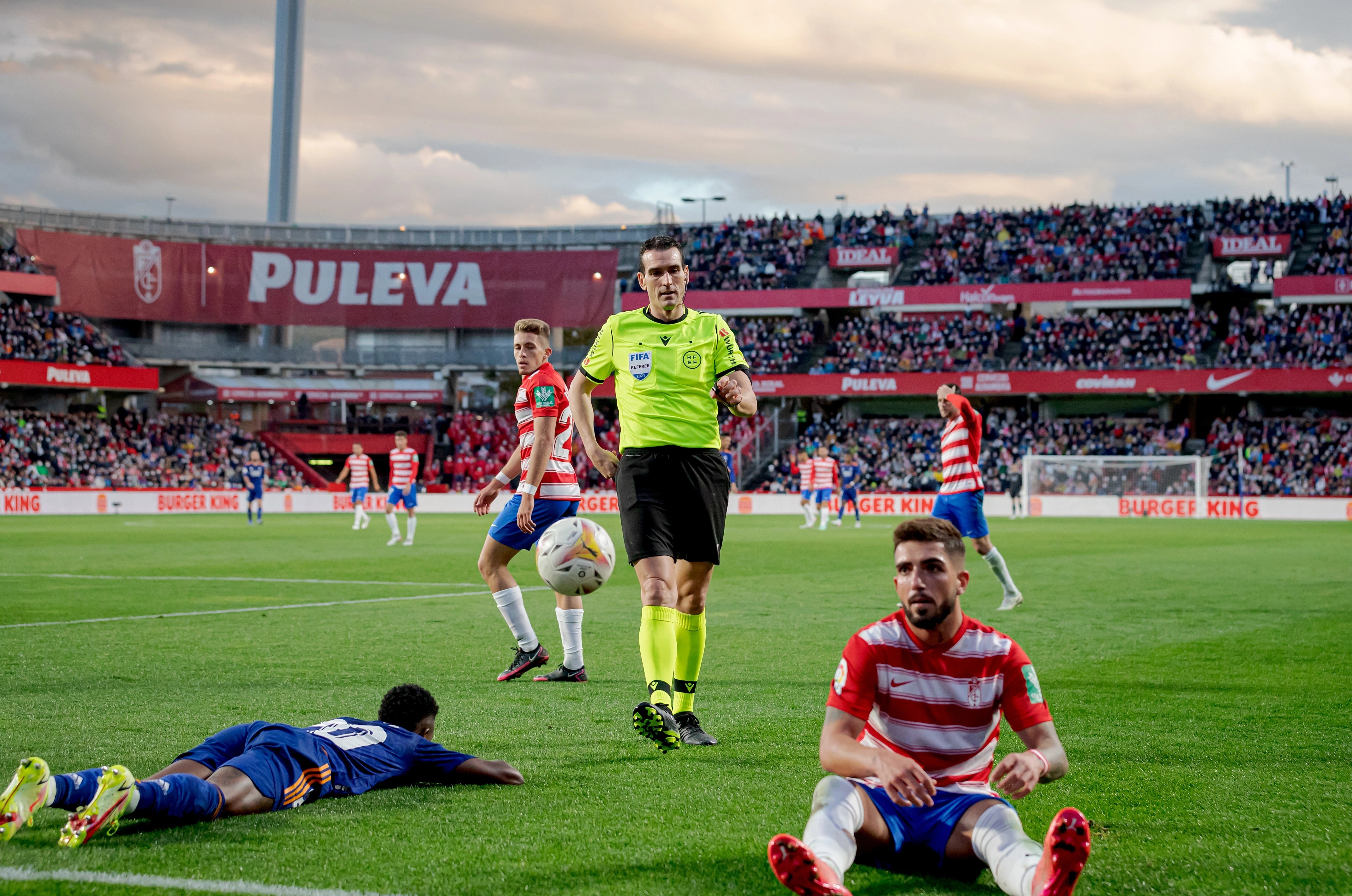 Vinicius, 21, was in the mood having scored Real Madrid's third in the 4-1 away win on Sunday.

So when the ball rolled out to him in the Real left-back position midway through the second half, there was only one thing on his mind.

Vinicius was under pressure from Izma Ruiz but brilliantly evaded him with a deft flick before racing into the Granada half – similar to the way he 'destroyed Ozan Kabak's career' in April.

The £35million star looked set to lose possession when two further defenders closed in on him but he just about kept hold of the ball down the left wing.

Showing lightning speed and sublime skill, he dodged the sliding tackle of one of them on the touchline.

But then in the corner, threatening to make his way into the Granada penalty area, Monchu dived in with the disgusting, cynical challenge, not even close to the ball.

Vinicius – who pulled off an outrageous rainbow flick on international duty last week – was totally wiped out and fell with his face to the ground as the referee blew on his whistle, immediately brandishing the red card.

The Brazilian, delighted to have baited his rival, could not hide his delight with a beaming grin as he dusted himself down following the foul.

Monchu was less happy and gestured with his hands to the referee – either to suggest he got the ball or for VAR to check whether a straight red was the right call.

It was – and Granada were forced to play the remaining 23 minutes with ten men.

Carlo Ancelotti's side only scored one more after that with Ferland Mendy rounding off the win after Marco Asensio and Nacho had found the net in the first half before the hosts pulled one back.

The result means Real Madrid returned to the top of LaLiga, above Sevilla and Real Sociedad.

Los Blancos are also the top scorers in Spain's top flight with 32 goals in their 13 matches, nine more than any other side. 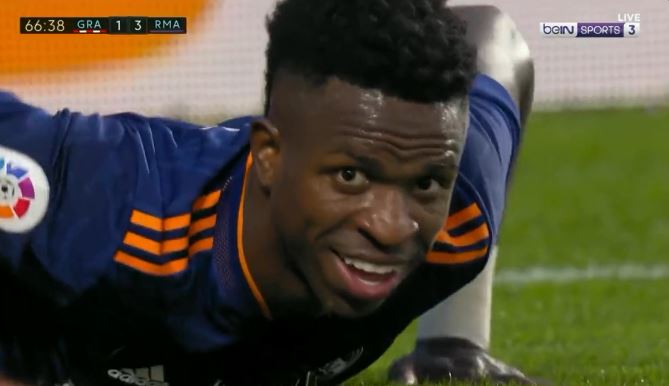 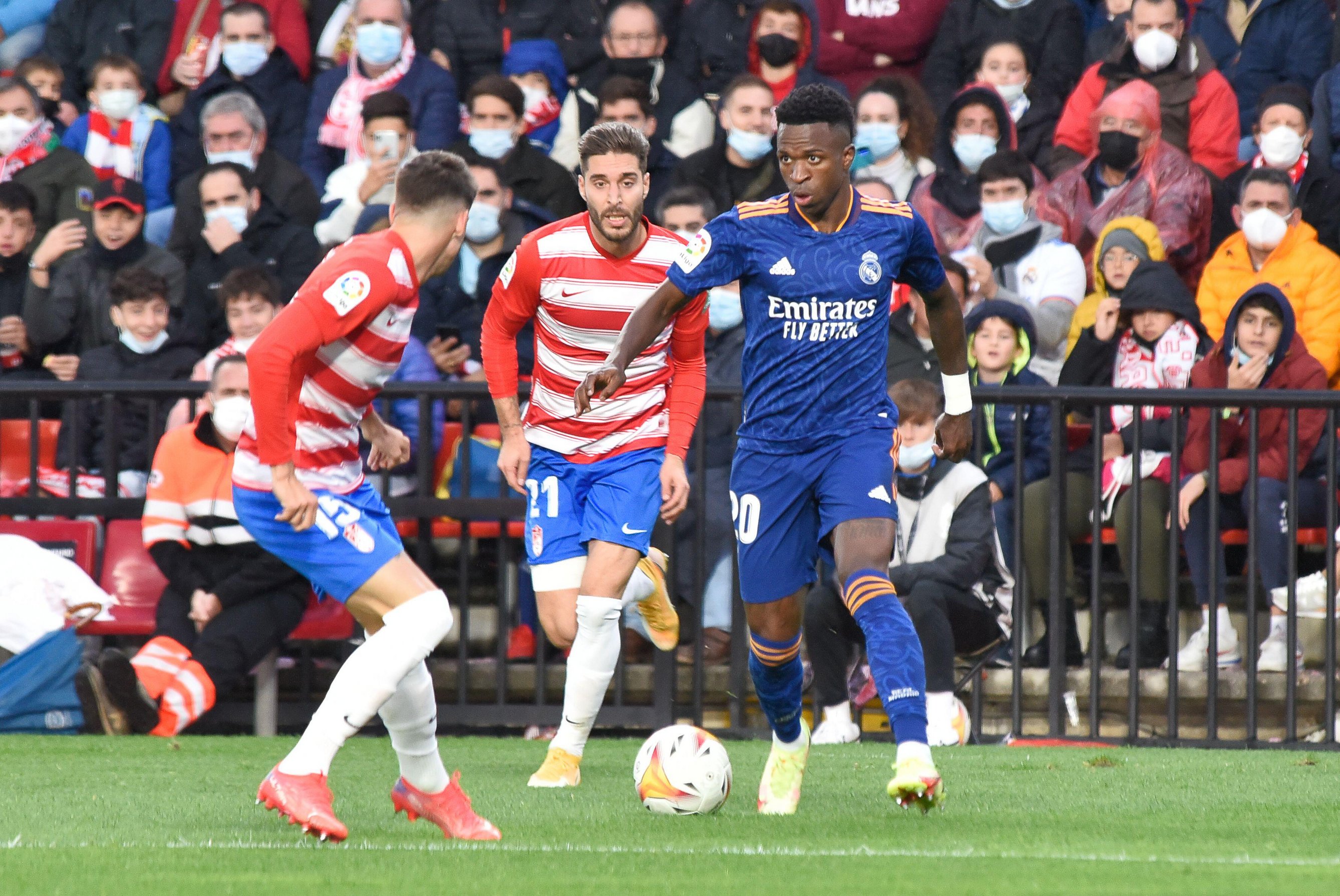