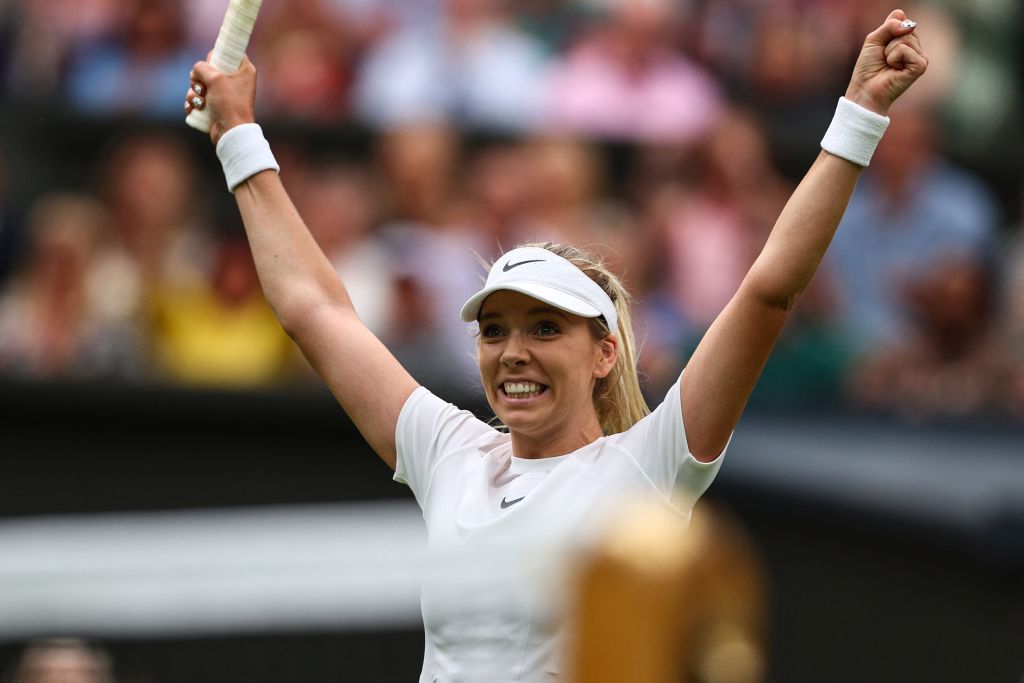 Wimbledon is to finally relax its dress code for female players following protests at this year’s Championships in relation to periods.

But according to reports, Wimbledon will modernise in 2023 to take into account the issues some female players may have with their menstrual cycles.

Players will still be required to wear all-white clothes on top but allowing coloured underwear is landmark moment for the women’s game and follows protests at this year’s Championships by a group of campaigners over the issue.

Gabriella Holmes, 26, and Holly Gordon, 28, started the campaign known as the Address The Dress Code to highlight the anxiety female players must deal with when playing in traditional whites due to concerns over their periods.

They handed out fliers with a photoshopped version of the famous ‘Tennis Girl’ photo – that shows a woman lifting her skirt to reveal blood-stained shorts rather than a bare bottom – and held up signs urging for a rule change.

‘We want Wimbledon to address the white dress code that doesn’t take into consideration female athletes on their periods,’ Holmes told the PA news agency in July.

‘I cannot think of a much more traumatic experience than that. When all matches are televised and streamed now, it is something that needs to be considered.’

Meanwhile, 50 elite female athletes have come together in a new campaign to get people to #SayPeriod and normalise language around the female body.

Former Olympic swimmer Hannah Miley is leading the way in a campaign to break the stigma around the language when talking about periods.

A group of 50 elite female athletes have joined forces to urge people to #SayPeriod and standardise the language around the female body. pic.twitter.com/Z1AxYET9rU

Hannah Miley, a former Olympic swimmer for Great Britain, is one of those leading the way, and she told Sky Sports: ‘It should never be kept secret.

‘You should never feel forced to feel you cannot speak openly about it and that comes down to language, and that’s where the ‘Call It What It Is’ campaign is going to be so beneficial because it’s one small change calling it a period.

‘We have so many euphemisms and ultimately it is your period. So, if we can get people to pledge to gradually change their language, we will build a voice so we can gradually get comfortable calling it what it is.’