Al Roker is a popular Today star, brightening up the screens of many each weekday morning.

For the past week, the NBC host has been missing from the program, but made a surprise appearance alongside Hoda Kotb at the start of Monday’s show, in a pre-recorded video segment dedicated to conquering stress.

MORE: Savannah Guthrie reveals real reason she was absent from Today in new photo at home

Ahead of the class, Al admitted: “I find that whenever I’ve done these guided things I just end up falling asleep.”

However, by the end of the class, the dad-of-three revealed: “I feel grounded, centered and extremely grateful.”

Hoda said of the experience as she recalled it to her co-stars, including Savannah Guthrie: “It was very emotional, it was weird. It was just breathing in and out. It’s pretty profound…You feel just very calm like you’ve had a massage but better. When you figure out how to do it on your own, it’s free – it’s called air, check it out!”

While Al appeared in the video recording on Monday’s Today, he was absent for the Third Hour of the program, which saw Jacob Soboroff keep his seat warm alongside Craig Melvin and Dylan Dreyer. Sheinelle Jones was also missing from Monday’s show.

While Al wasn’t on the live show, he made another pre-recorded appearance alongside Dylan, as they promoted NBC’s new campaign, The More You Know, which focuses on raising awareness on protecting the environment. 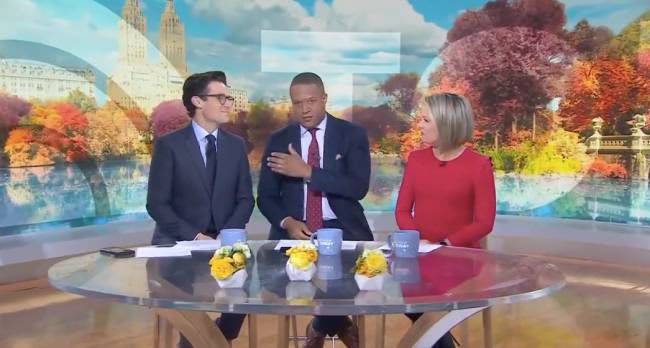 When Al isn’t busy at work, the TV star loves nothing more than spending time with his loved ones. Al is married to ABC journalist Deborah Roberts, and is a doting father to three children – Courtney, who he shares with ex-wife Alice Bell – and Leila and Nick – who he shares with Deborah.

MORE: Hoda Kotb ‘breaks down in tears’ during BravoCon

Al and Deborah became empty nesters in September when their youngest son Nick flew the nest, and documented the transition in their family on social media.