The former Towie star revealed her baby bump to fans today while on holiday with her family in Abu Dhabi. 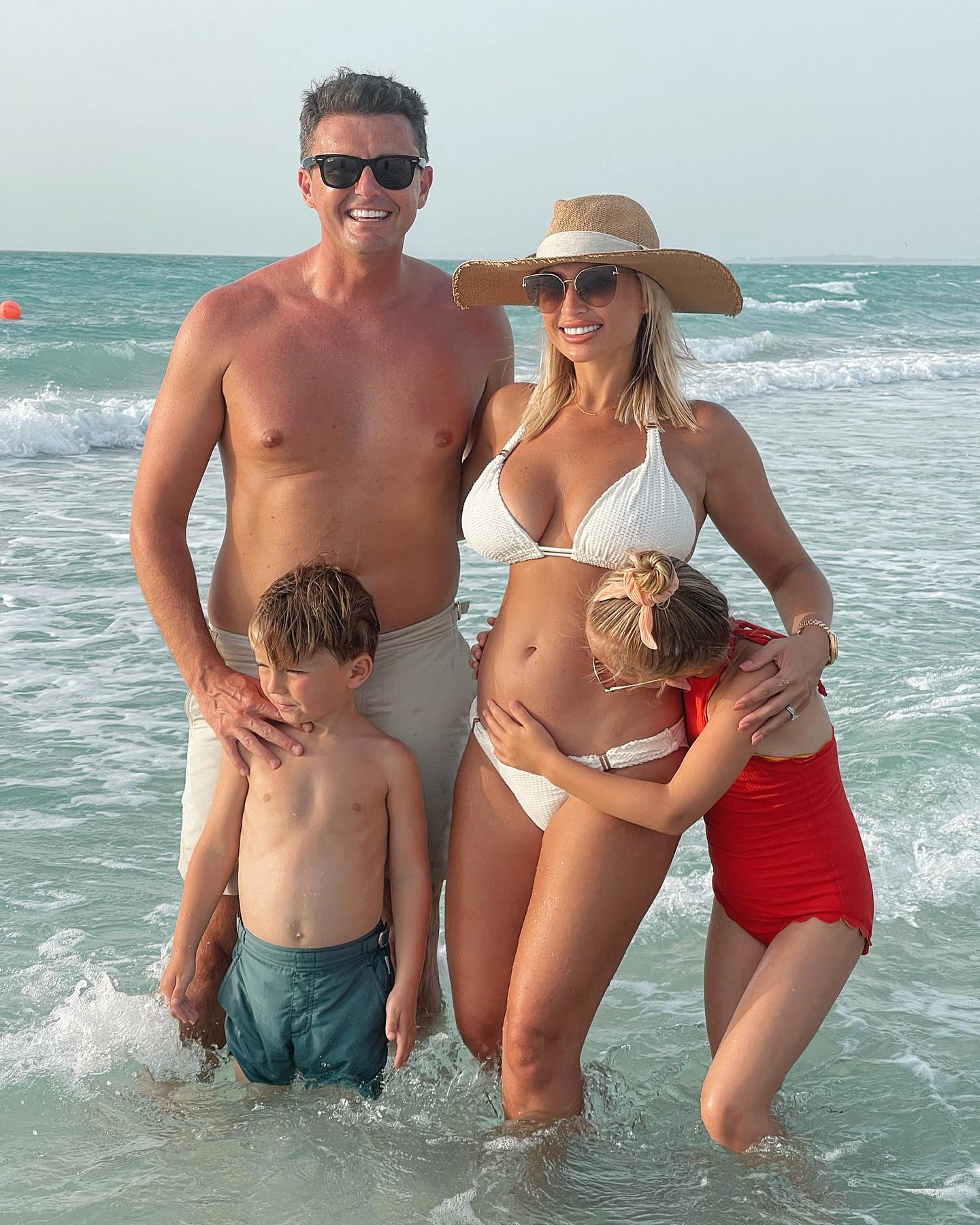 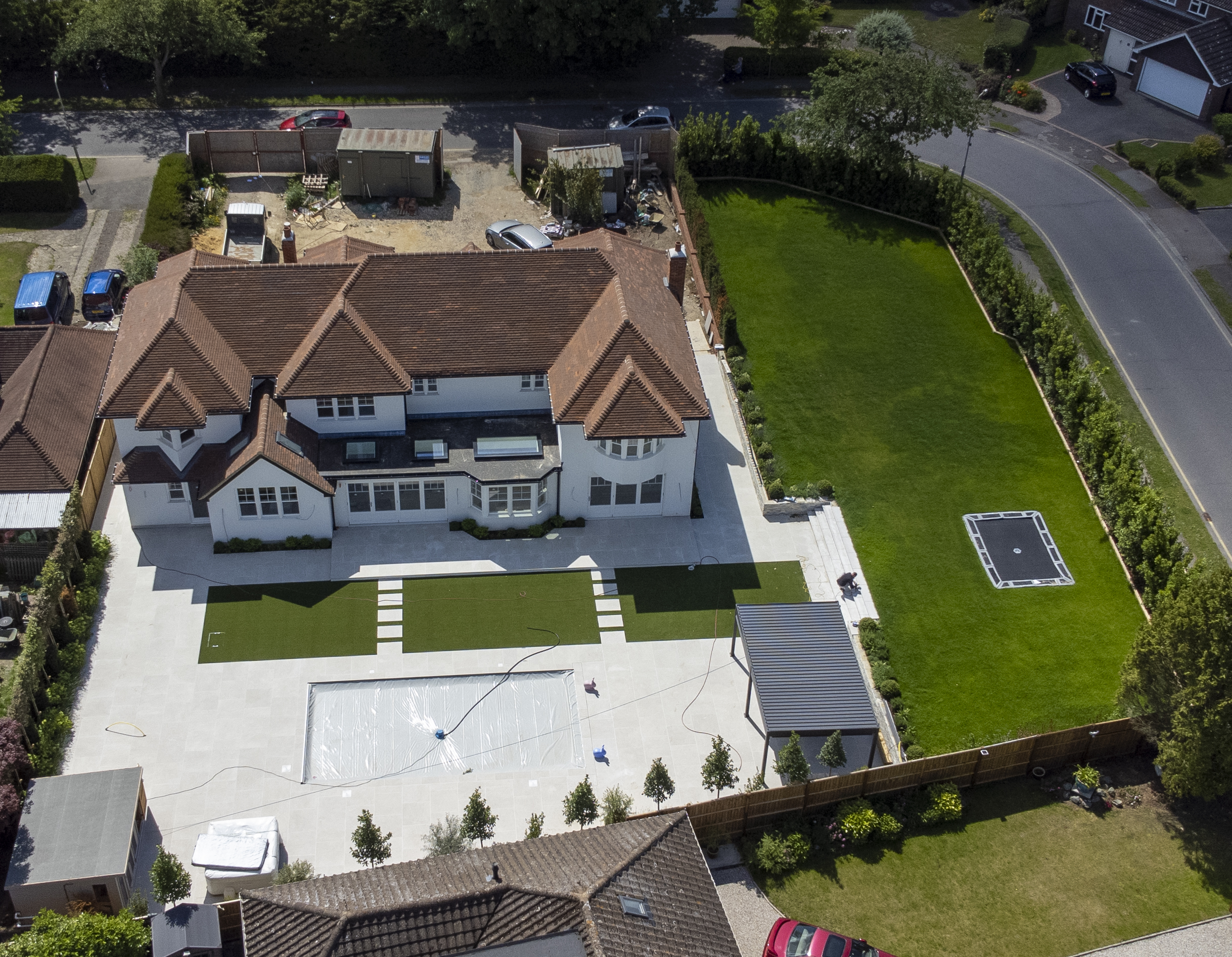 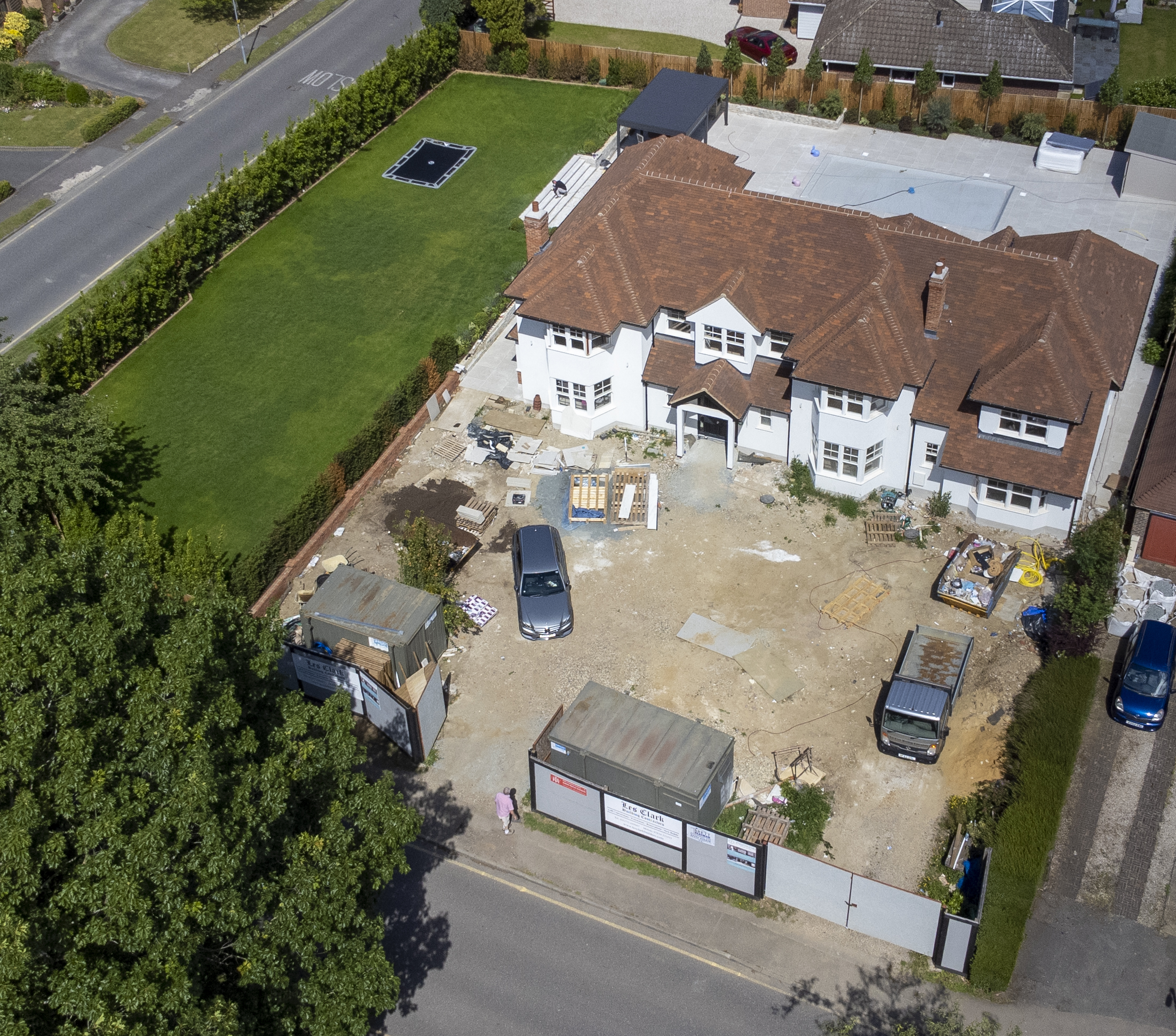 Back in Essex, Billie and her husband Greg Shepherd's £1.4million dream home is inching closer to completion.

She and Greg are "so happy and excited" to be expecting their third child.

And they'll soon be able to move into the mansion they've spent two and a half years renovating.

The transformation is being filmed for her TV show. 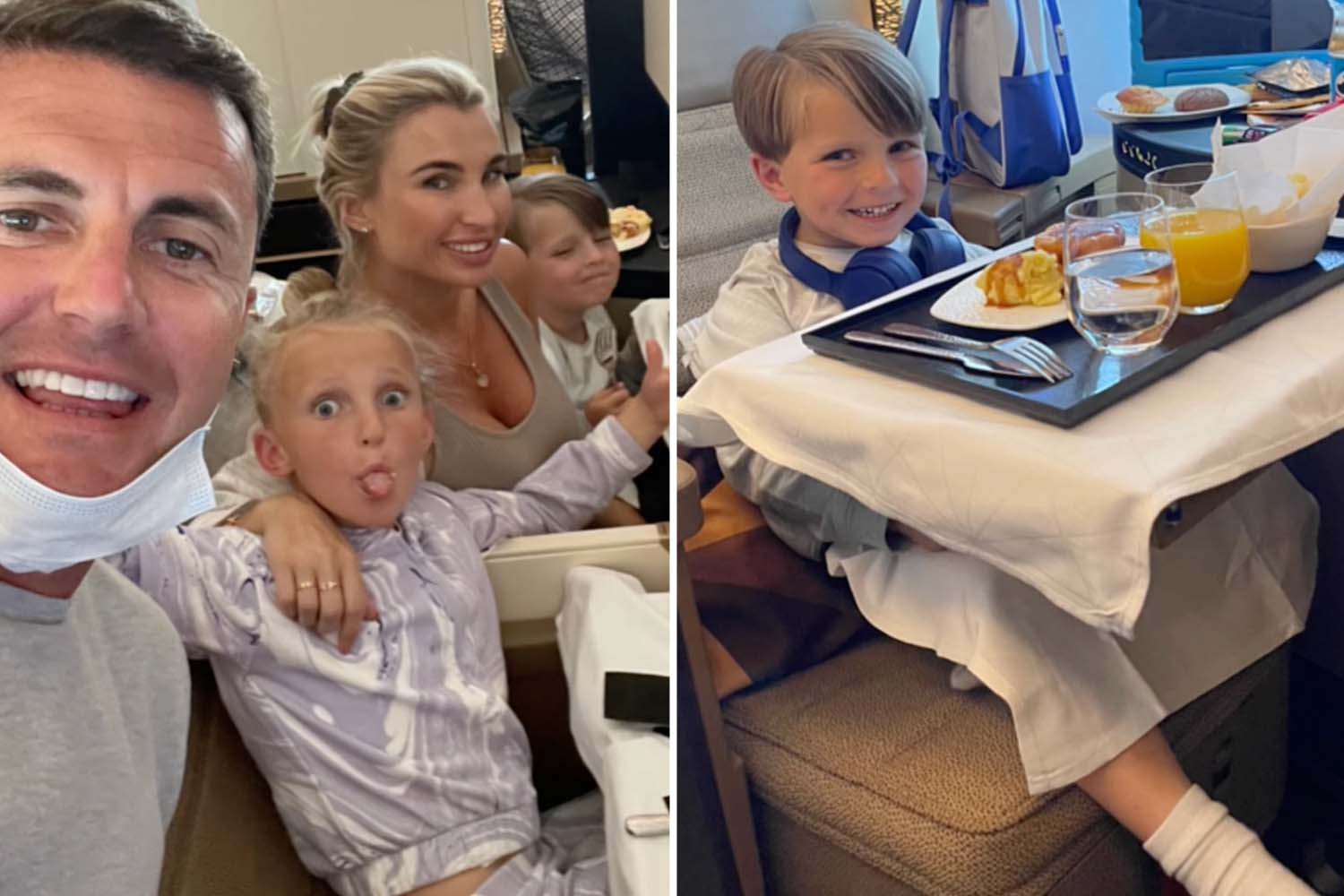 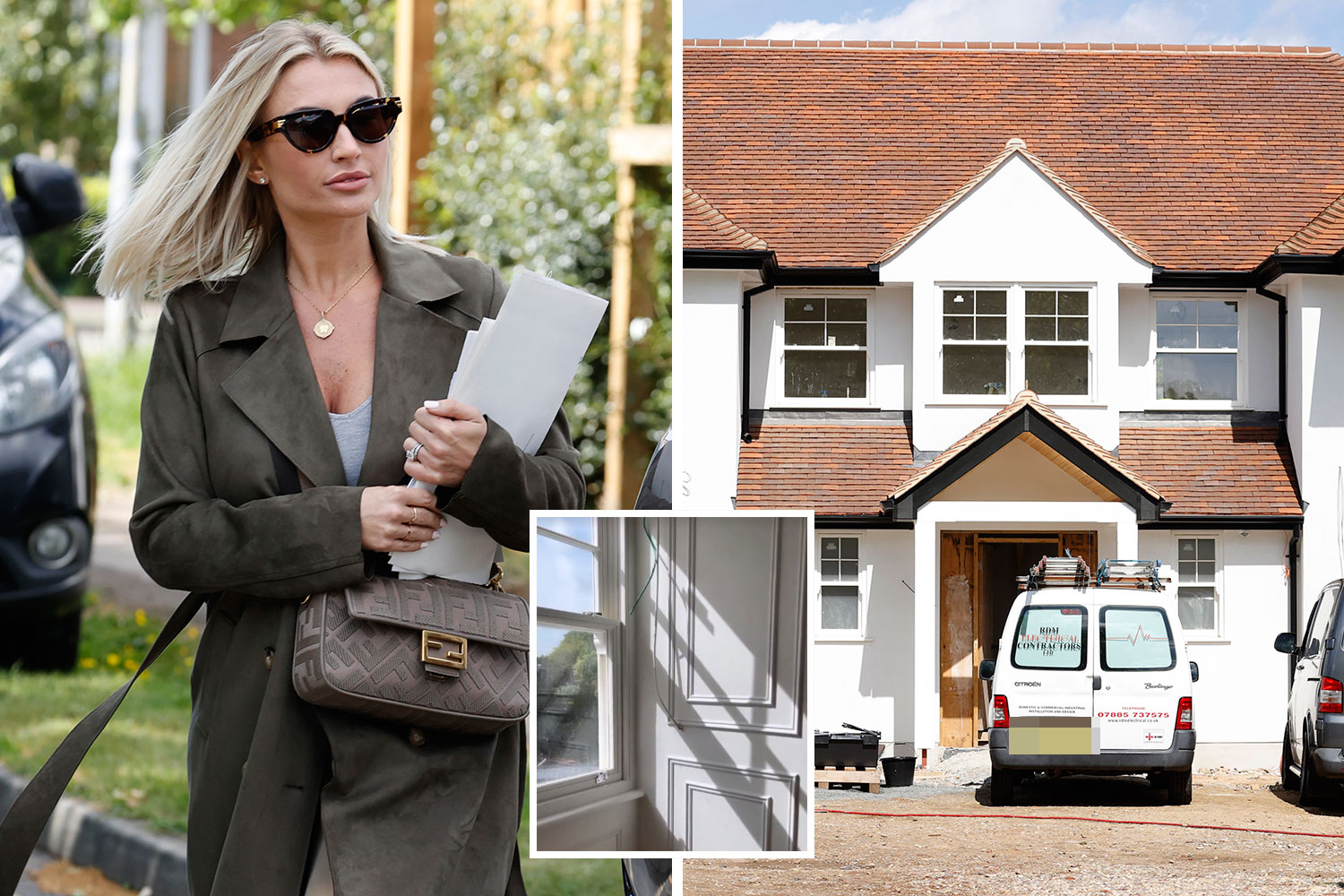 Billie Faiers gives a glimpse inside her £1.4m mansion as she chooses worktops

Overhead pictures show building work on the home appears to be complete – with just the front outside area to finish off.

Billie and Greg bought the four-bedroom 1920s property in Brentwood, Essex, for £1.4 million in January 2020.

The couple had planned to transform the run-down space into their dream five bed home with an eye-watering renovation that included a two-storey extension, gym, games room and huge walk-in wardrobe.

But they were refused planning permission amid uproar from the neighbours who claimed the works were “excessive” and not in keeping with other properties on the street.

The couple have been at war with neighbours throughout the process.

Relations are so bad that the former Towie star, 32,  and Greg, 35, are no longer on speaking terms with them –  and recently spent a whopping £20k on trees to keep prying eyes away.

The Laurel trees, which cost £240 a pop, can grow between 15 and 35 feet tall, so are perfect for extra privacy – particularly from neighbours.

It's been a stressful endeavour for the pair, and Greg said he's not sure he would have taken it on if he was able to go back in time.

Cameras are capturing all of the action for ITV's Billie And Gregg The Family Diaries as the couple worked towards completing the project.

In a joint interview with the Mail earlier this year, Billie said: "It's stressful because we're juggling, like time is not on our side at the moment. We we're working all the time, we've got two young children.

"With filming and obviously renovating a house, It's like a it's a lot and sometimes does feel like there's not enough hours in the day."

Billie, 32, announced her pregnancy on Instagram with a sweet snap of her family on holiday.

My girl, 2, was mutilated by our PUPPIES in horror attack – I blamed myself

Her seven-year-old daughter Nelly kissed her growing baby bump as they stood alongside Greg and son Arthur, four.