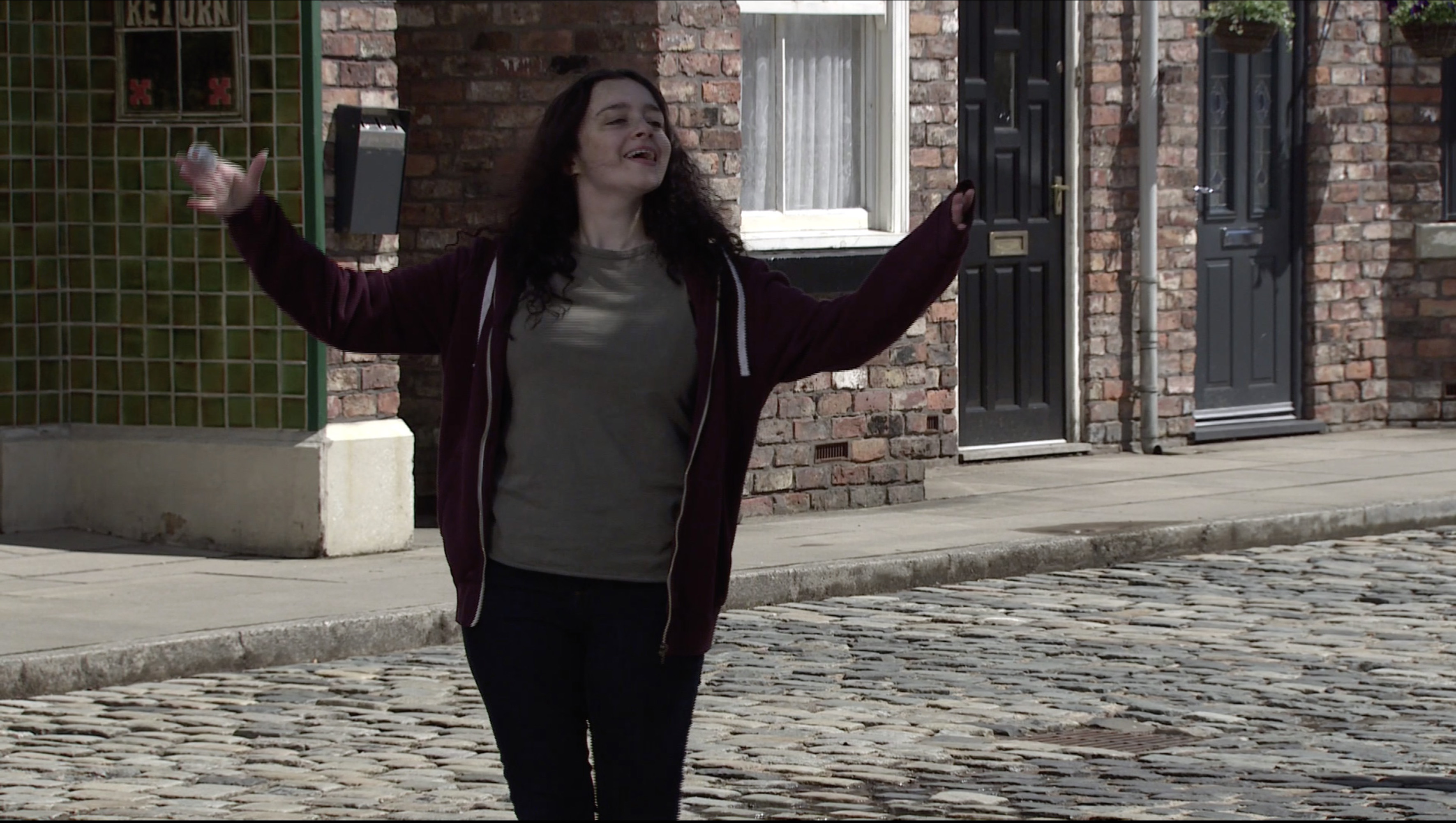 Mollie Gallagher has played Nina Lucas since the character’s arrival to Coronation Street back in 2019.

Nina is currently going through a dark period following a brutal attack on her and boyfriend Seb (Harry Visinoni). Sadly, due to Seb’s injuries sustained from the attack, he died in hospital, and since then Nina has been self-destructing, convinced her Victorian Goth identity is the reason for Seb’s death.

In some emotional scenes, Nina recently removed her make-up and now lives a life make-up free wearing clothes that allow her to conform to society. It’s not like Nina at all, and Mollie Gallagher has revealed feeling like Nina when playing her has helped her portray the sadness during this storyline:

‘When I play Nina I feel like I am her, I feel very attached to her and I think it’s really sad when you see a character like Nina who has her own specific ways and she was so distinctive and that has now gone for the moment.

When I first read the scripts I was really excited to play this side to Nina because I love the layers of the character and the depth that Nina has.’

‘I’ve used physicality to show this new side to Nina because it’s like a new version of the character; everything is so different, like the way she walks, everything is so downbeat. Physically, she is a lot more introvert whereas before she was a very open person so I’ve tried to show that. The costume has also helped me get into her new mindset because she is wearing different shoes.