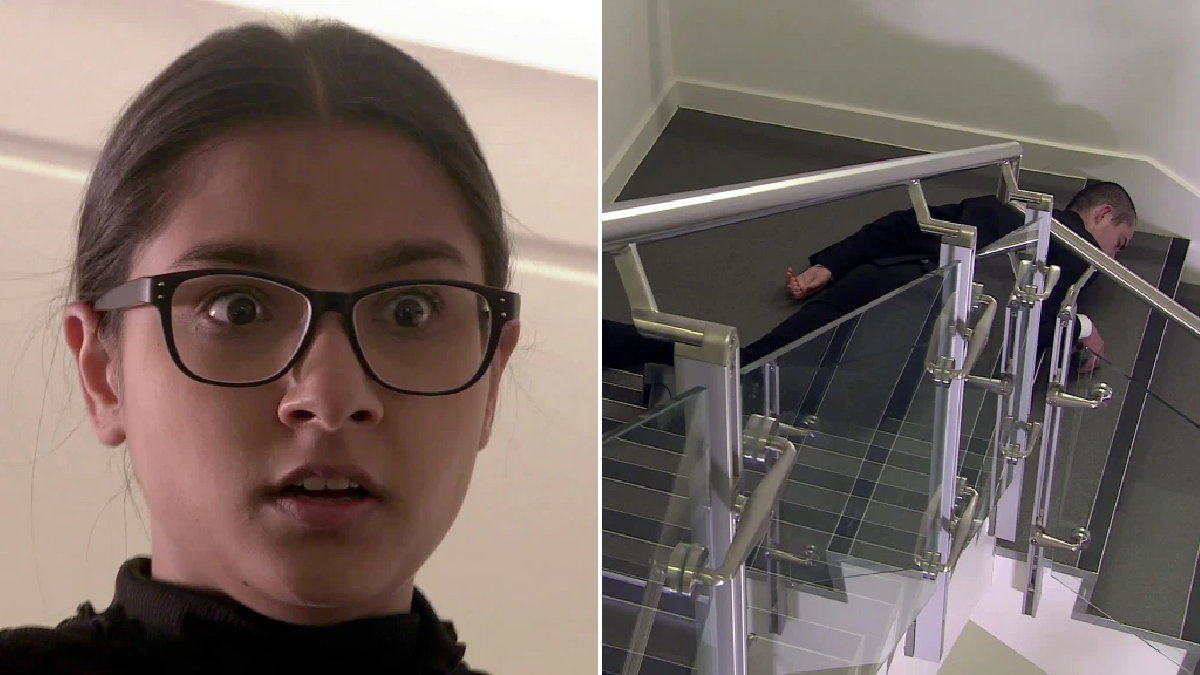 Following Seb (Harry’s Visinoni) and Nina’s (Mollie Gallagher) attack, Asha was initially convinced Corey wasn’t responsible, but now Seb is dead and Nina is spiralling, Asha has hatched a revenge plan to try and get Corey to expose the truth.

Coming up, Asha’s revenge will be taken up a level when she drugs Corey.

However, when Nina and Abi (Sally Carman) arrive, they see Corey has woken up and is in a disorientated state.

As he pushes past Asha, Nina and Abi, his loses his balance and falls down the stairs.

It’s currently unknown as to what Asha, Nina and Abi will do next, but Tanisha Gorey recently told Metro.co.uk there’s a high chance Asha may leave evil Corey to die.

‘The hatred overwhelms her. She’s sixteen, so what is she going to?! There would be a though of wanting to leave him that goes through her mind. Everything has just gone “boom!” in her head.

She’s a smart girl though, she knows if she gets caught, she could be in so much trouble. She knows what’s right and knows she needs to do it smartly. She can’t play dirty, it’s dirty enough.’

‘[Nina] still means so much to her and Corey has been so horrible to her’ Tanisha added, when asked if Asha feels a responsibility with exposing Corey’s true character.

‘Asha’s a smart girl when she’s not completely vulnerable. The more it adds up, the more she realises she has been lying to everyone about him. She feels a responsibility to come forward.

Asha and Nina already had something so that is enough as it is.’