Home » TV & Movies » Dancing on Ice: Colin Jackson discusses why he chose not to skate with male professional

Dancing on Ice: Colin Jackson discusses why he chose not to skate with male professional

ITV viewers saw half of this year’s Dancing on Ice’s contestants take to the rink for the first time last weekend. Six more are up to try their hand at ice skating tonight, including famous sportsman, Colin Jackson and with last year’s show having featured openly gay star Ian ‘H’ Watkins of Steps fame skate with a male professional partner in a landmark move from the show, Colin has now explained why he decided against the move, admitting: “I get on better with women.”

The pair made it through to the seventh week of the competition before being eliminated from the process.

But this year’s show has seen all couples remain in partnerships with professionals of the opposite sex.

Now, openly gay Colin has revealed he turned down the chance to skate with another male. 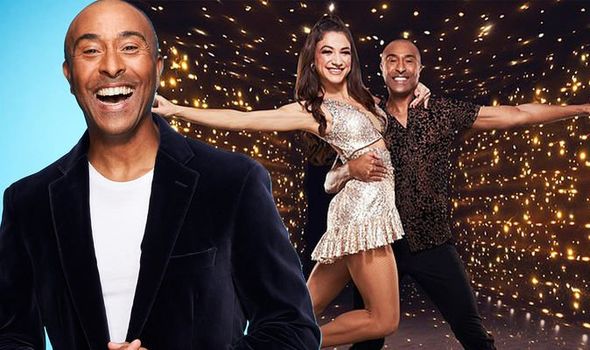 The former Olympian hurdler came out in 2017 when he was 50-years-old.

He recently divulged: “I could have danced with a man on DOI. But I didn’t want to.

“I get on better with women to be honest.”

And it seems the pair have formed a very solid partnership which could put them in the running to go far in the process.

Colin teased how much fun he has been having with Klabera during training.

“Me and my dance partner Klabera have an absolute blast. We are giggling all the time –  and sharing too many sweets –  mainly wine gums! “

He added to The Sun Online: “H and Matt were absolutely brilliant last year. It was fantastic what they did.”

Upon his departure from the show last year, H remarked to viewers: “Strictly, it’s your turn now.”

Unfortunately, the pair had to bow out early on after Katya tested positive for coronavirus.

But they delighted fans by coming back for the show’s final last month and getting the chance to perform a final routine with each other.

This year, Matt is partnered with actress Denise Van Outen, who is a friend of the skater.

Denise found herself at the bottom of the leaderboard last week after she had struggled with an injury during rehearsals.

But she managed to stay away from the dreaded skate-off, with Lady Leshurr instead being put in contention to be eliminated.

The singer is also favourite to exit the competition his weekend, with bookmakers Coral putting her in last place to win this year at 33/1,

“It’s Faye’s turn on the ice this weekend and we’re expecting fireworks. We think she’s the favourite to win Dancing on Ice 2021 and are looking forward to her first live skate,”

“We were impressed by Joe-Warren Plant, despite taking a tumble and cut the odds on him into the 4/1 second favourite. It looks as though Lady Leshurr could be on her way home already, however,”  said Coral’s Harry Aitkenhead.

Dancing on Ice airs Sundays at 6pm on ITV.