Matt Smith, 36, played the infamous role of Doctor Who from 2010 to 2014 as replacement to the Time Lord’s Tenth incarnation David Tennant, 48.

The Doctor was joined by companions Amy Pond (played by Karen Gillan) and her long-serving husband, Rory Williams (Arthur Darrell) as they scattered the entirety of time and space on the BBC sci-fi drama.

It was alongside the couple the Time Lord faced one of his greatest threats, the Dream Lord (Toby Jones), in a time bending adventure written by BAFTA-nominate writer Simon Nye.

With Jodie Whittaker, 36, now at the helm as the first female incarnation of the iconic Gallifreian, Nye has now revealed whether he would return to pen an adventure for the Time Lord once more.

My Doctor Who years are over

Confirming his fate and speaking with Digital Spy, Nye said: “I think my Doctor Who years are over now.

“I did one Doctor Who and I enjoyed it, but I haven’t watched it for a while,” the writer continued.

“It was great to do – and back then, my kids were of an age where we used to watch Doctor Who together and we went down to Cardiff to see the new TARDIS for that series and it was just the most exciting thing.

“But I was happy to just do that. I know some people come back for more, but I think there’s a lot of us writers who’ve just done one episode and we’re happy with that,” the writer explained.

Last season saw a number of guest writers step up to take on a different adventure in the ten stand alone episode series for Jodie and her time travelling team.

Former show runner Russell T Davies, 56, has also spoken out about his return to the show however,  current boss Chris Chibnall will be back for the upcoming season, having introduced Jodie to the sci-fi world after Matt’s successor Peter Capaldi’s, 61, exit. 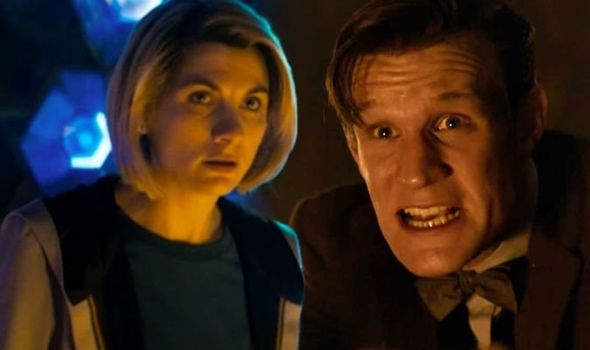 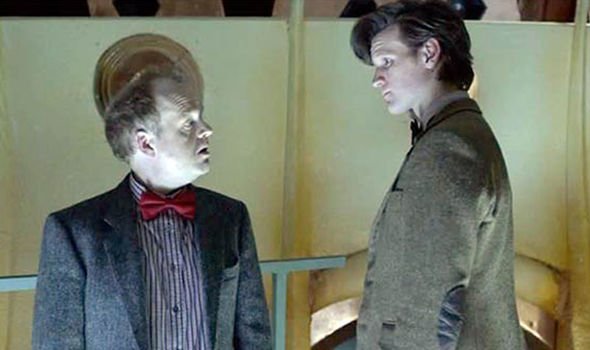 Although details of the new season is being kept under wraps at the moment, fans of the sci-fi series were given a glimpse at the Doctor in action earlier this week.

With viewers having to wait another seven months or more for the next adventure following the New Year’s Day special, it looks like an old nemesis will be making a surprise comeback.

In a teaser image released on the show’s official Twitter page, Jodie’s Doctor is seen coming face-to-face with the ominous Judoon.

The last time any member of the Judoon were seen was at the gathering of the Pandorica where the Eleventh Doctor was locked in a prison by his greatest foes.

Tasked as the law enforcers of the intergalactic, it seems the Rhino-headed aliens may be embarking on yet another mission. 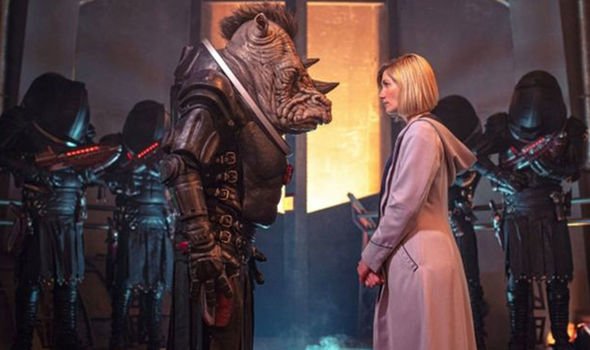 Speaking of bringing the Judoon out the throwback closet, Chibnall said: “No! Sho! Blo! The Judoon are storming back into Doctor Who in full force, and the streets of Gloucester aren’t safe.

“If anyone has anything to hide, confess now. The Judoon are taking no prisoners, and will stop at nothing to fulfil their mission.”

“The whole team on Doctor Who are delighted and scared in equal measure to welcome them back; one of the many treats we’ve got in store for viewers next series.”

The member of the Judoon looks a little more sinister than his predecessors, sporting a mohican style hair-do.

Could this mean he is leading a rogue task force of the law enforcers on a mission in alliance with another sinister alien threat?

Doctor Who season 12 returns to BBC next year.