Suki Panesar (played by Balvinder Sopal) struggles to cope with her guilt and her loved ones grow increasingly concerned in upcoming scenes. Eve Unwin (Heather Peace) has fallen for the Panesar matriarch and even though EastEnders fans know Ravi Gulati (Aaron Thiara) killed his father Ranveer Gulati (Anil Goutam), Suki believes she delivered the fatal blow and could spill all to Eve. Will the ex-convict suggest a new start for the pair?

In next week’s episodes, Eve is mortified when she spots Suki walking around Walford in her nightdress.

She rushes over to Ash Panesar (Gurlaine Kaur Garcha) and the pair manages to coax her into the surgery.

Ash and Eve try to get through to Suki but struggle to get answers before leaving her with Dr Nina Gupta (Hersha Verity).

Later, Nugget Gulati (Juhaim Rasul Choudhury) tells Ravi about the worrying state Suki is in and when Eve brings her home, she begins to sense something isn’t right.

Kheerat Panesar (Jaz Deol) hears from Alfie Moon (Shane Richie) about his mum but when he mentions it to Ravi, he pretends Suki was sleepwalking. 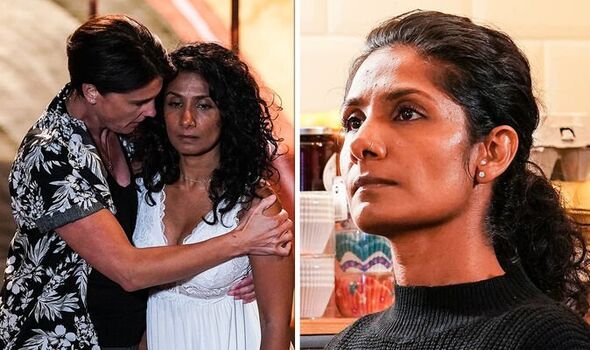 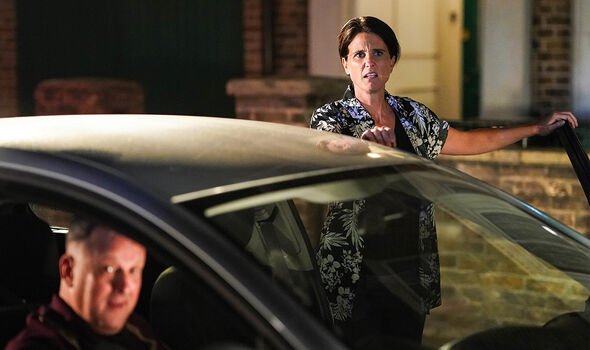 Eve decides she can’t abandon Suki and heads over there demanding to know the truth.

She cautiously opens up and admits Ranveer attempted to sexually assault her.

Will she open up further and tell Eve the whole truth about that fateful night?

Eve cares deeply for Suki and can tell she’s keeping something from her.

The ex-convict is no stranger to prison and may feel Suki would not be able to cope behind bars. 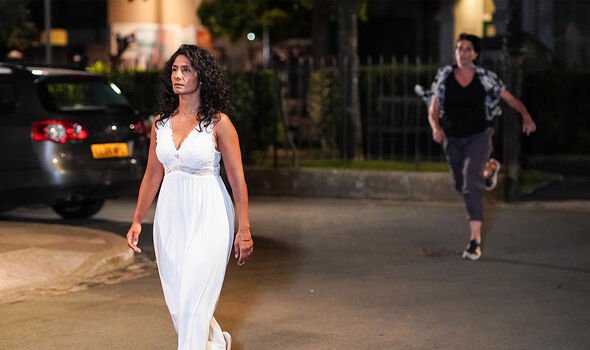 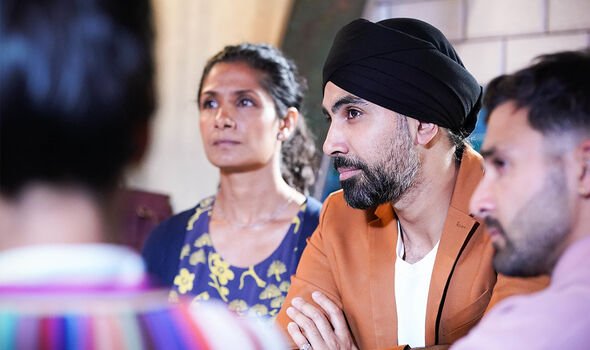 Will she suggest the pair run off together and start a new life away from the square?

Meanwhile, Ravi tries to talk to his son when he learns he’s been in trouble again at school but his attention soon turns to Suki.

Ravi tries to hide his annoyance when Eve brings her home.

Once alone, he makes a call to someone and tells them they have a problem.

Could Ravi be scheming against Suki and planning to expose her as Ranveer’s killer?

He manipulates Suki into feeling sorry for him but the pair are both racked with guilt when Nugget reveals how much he misses his grandfather.

Kheerat takes Stacey Slater (Lacey Turner) on a date and later tells her and Eve that he believes Ranveer has gone missing.

Will Eve begin to suspect Suki had something to do with Ranveer’s disappearance?

If Suki has already opened up to her she may begin to panic that Kheerat will soon expose his mother.

Ravi suggests the Panesars celebrate Nugget’s birthday and convinces Vinny Panesar (Shiv Jalota) and Ash to come along. Kheerat declines but later changes his mind after speaking to Stacey.

However, the meal could lead to trouble for Suki and Ravi as Kheerat grows more suspicious of Ranveer’s whereabouts.

With the net seemingly closing in on Suki, will Eve suggest they leave the square together?

EastEnders airs on BBC One from Monday to Thursday at 7.30pm.