Ed Sheeran has revealed the lengths he now goes to in order to protect against future claims, as the star spoke for the first time on his recent High Court copyright battle.

The singer, along with co-writer Snow Patrol’s Johnny McDaid and producer Steven McCutcheon, faced accusations that 2017 hit Shape of You ripped off 2015 track Oh Why by Sami Chokri and Ross O’Donoghue.

However, a High Court judge on Wednesday concluded Sheeran ‘neither deliberately nor subconsciously’ copied a phrase from Oh Why when writing his number one hit.

Opening up on the win in his first interview since, Sheeran, 31, revealed he now records every session to ensure he’s limiting future claims of copyright, after he was forced to settle over his earlier hit Photograph in 2017.

The singer said he ‘personally’ regretted settling over Photograph, saying he did not play the song for a long time, explaining: ‘I just stopped playing it. I felt weird about it, it kind of made me feel dirty.’

Sheeran added in an interview with Newsnight, to air tonight: ‘Now I just film everything, everything is on film. 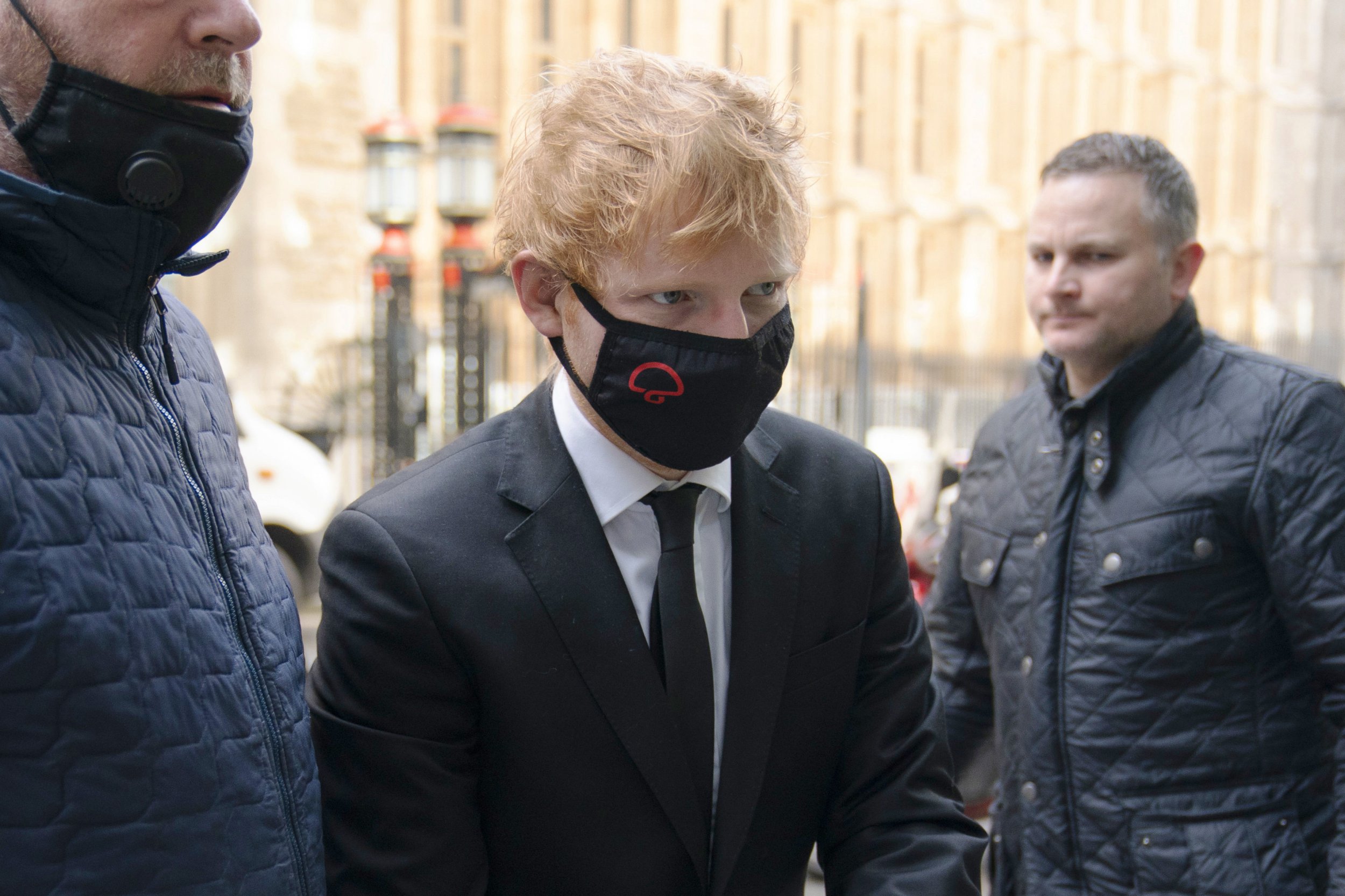 ‘We’ve had claims come through on the songs and we go, well here’s the footage and you watch. You’ll see there’s nothing there.’

Speaking about his songwriting has changed, he added: ‘There’s the George Harrison point where he said he’s scared to touch the piano because he might be touching someone else’s note. There is definitely a feeling of that in the studio.

‘I personally think the best feeling in the world is the euphoria around the first idea of writing a great song.

‘That feeling has now turned into “Oh wait, let’s stand back for a minute”. You find yourself in the moment, second-guessing yourself.’

The star also insisted the case wasn’t about money, but for ‘standing up for what was right’ and noted he was ‘happy it’s over, I’m happy we can move on, and get back to writing songs’, after previously revealing the toll the case took on his mental health.

Sheeran and his co-authors originally launched legal proceedings in May 2018, asking the High Court to declare they had not infringed Chokri and O’Donoghue’s copyright.

Two months later, Chokri – a grime artist who performs under the name Sami Switch – and O’Donoghue issued their own claim for ‘copyright infringement, damages and an account of profits in relation to the alleged infringement’.

The pair alleged an ‘Oh I’ hook in Shape Of You is ‘strikingly similar’ to an ‘Oh why’ refrain in their own track.

All three Shape Of You co-authors denied allegations of copying and said they did not remember hearing Oh Why before the legal fight.

During the 11-day trial last month at the Rolls Building in London, Sheeran denied he was a ‘magpie’ who ‘borrows’ ideas from unknown songwriters without acknowledgement and insisted he ‘always tried to be completely fair’ in crediting people who contribute to his albums.

Chokri told the trial he felt ‘robbed’ by Sheeran and was ‘shocked’ when he first heard Shape Of You on the radio.

The Oh Why co-writers’ lawyer, Andrew Sutcliffe QC, alleged Sheeran is an artist who ‘alters’ words and music belonging to others to ‘pass as original’.

Ian Mill QC, for Sheeran, McDaid and McCutcheon, said the allegations against them were ‘impossible to hold’, with the evidence pointing to Shape Of You being an ‘independent creation’.

Sheeran was present throughout the trial and frequently burst into song and hummed musical scales and melodies when he took to the witness stand.

Watch the full interview on Newsnight at 10.30pm on Friday April 8 on BBC Two.